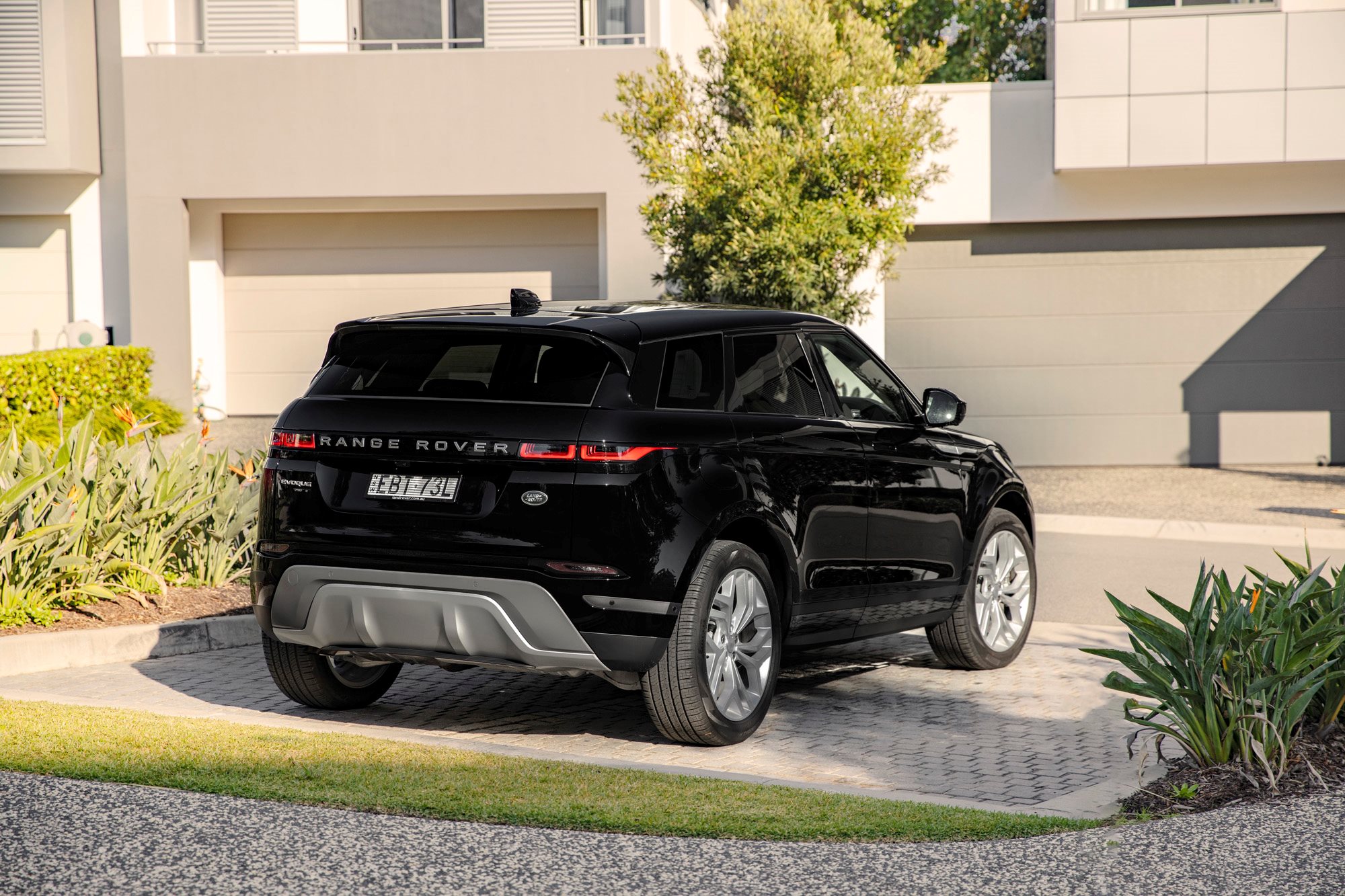 WHAT IS THE RANGE ROVER EVOQUE?

In 2011, the Range Rover Evoque was launched as the little SUV that could do it all. It was the world’s first small SUV to truly marry fashion with the utilitarian appeal and off-road abilities typical of a Range Rover. It was a product that Jaguar Land Rover itself said they never expected to do as well as it did, selling more than 772,096 units worldwide, with over 17,000 of those in Australia.

The new Evoque is priced from $62,670 to $94,290 and is available in a number of drivetrain configurations. For now, there are diesel 48-volt mild hybrid (MHEV) and petrol engines, with a plug-in hybrid (PHEV) arriving in 2020. The three-door coupe and polarising convertible body types of the previous generation are gone, and while it may not look much different from its predecessor on the outside, the second-gen Evoque has a new platform, improved refinement and plenty of fresh technology and ‘lifestyle’ features. 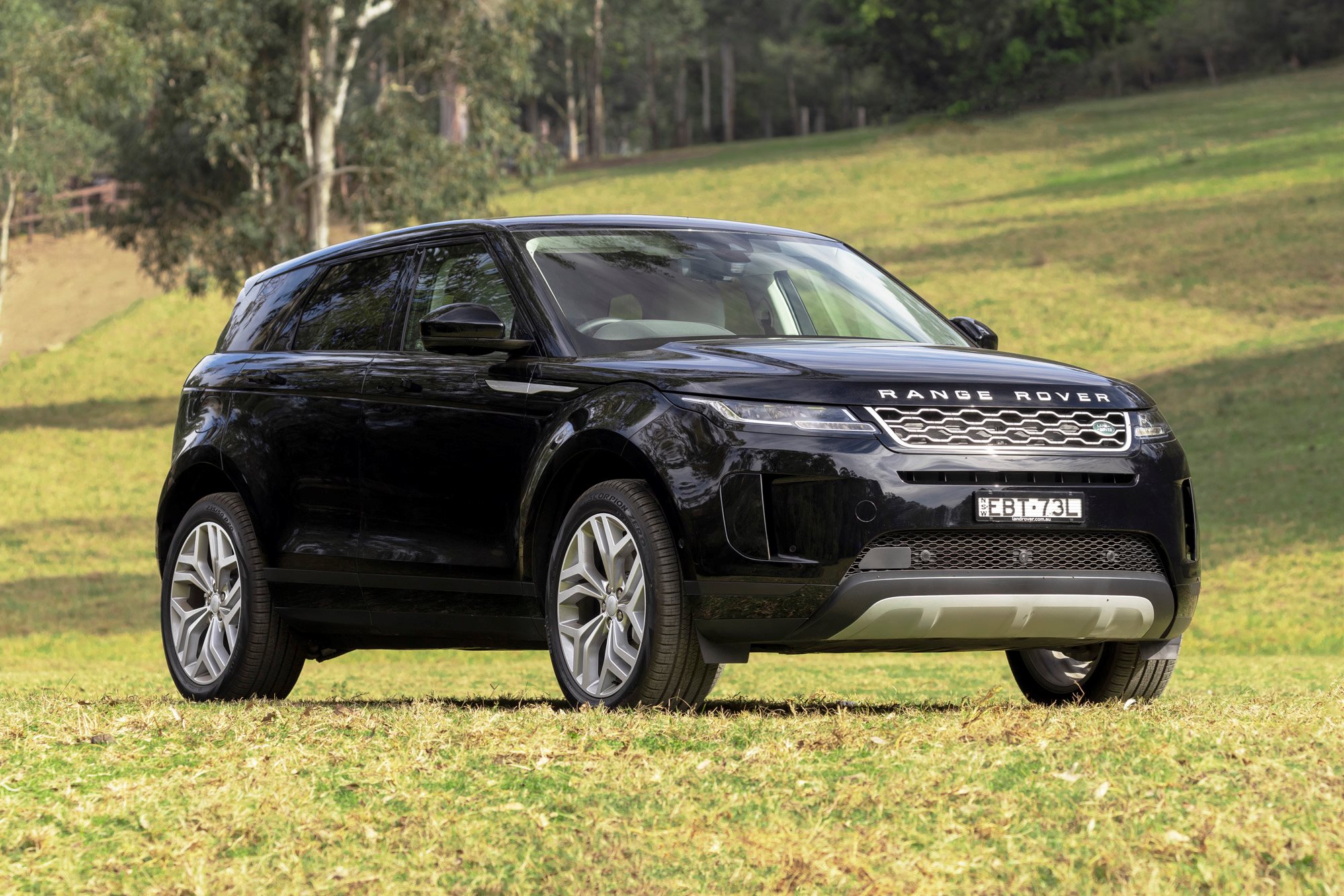 With the premium SUV market swarming with competitors like the Porsche Macan, Volvo XC60, BMW X3 and Audi Q5, and the looming uncertainty within JLR in mind, there’s pressure for the British maker to not mess this up.

The 2020 model appears like any other Evoque on first approach, but look closer and you’ll notice the added tidiness of flush door handles  (as seen on the Velar), slimmer LED headlights and sequential indicators. Despite some familiar JLR elements inside the cabin (many as seen in the Velar), Range Rover claims that everything, bar some door hinges, is new. 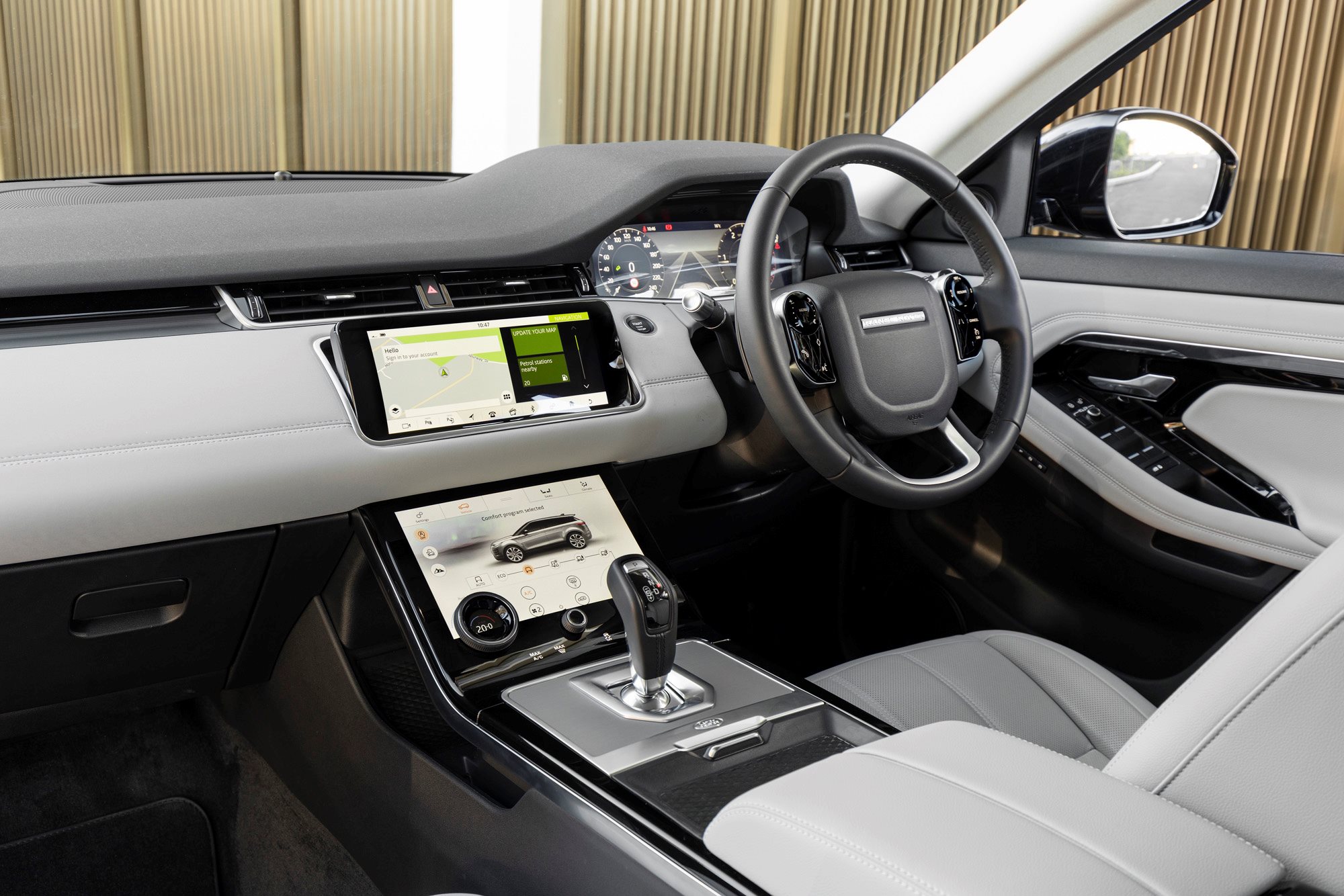 The Evoque is the first model to be underpinned by Land Rover’s Premium Traverse Architecture, a new platform developed for electrification (as seen in the MHEV diesel and incoming PHEV), which adds 20mm of length to the wheelbase.  Couple this with a clever interior architecture re-design for increased headroom, 20mm of rear knee room and 20cm of extra boot space in width (mostly thanks to a new multi-link suspension, bringing the Evoque’s boot capacity up from 575L to 591L) and the common complaint of a squashy interior is addressed. Unfortunately, the rear seats are still fairly cramped when there are four full-sized adults in the car. 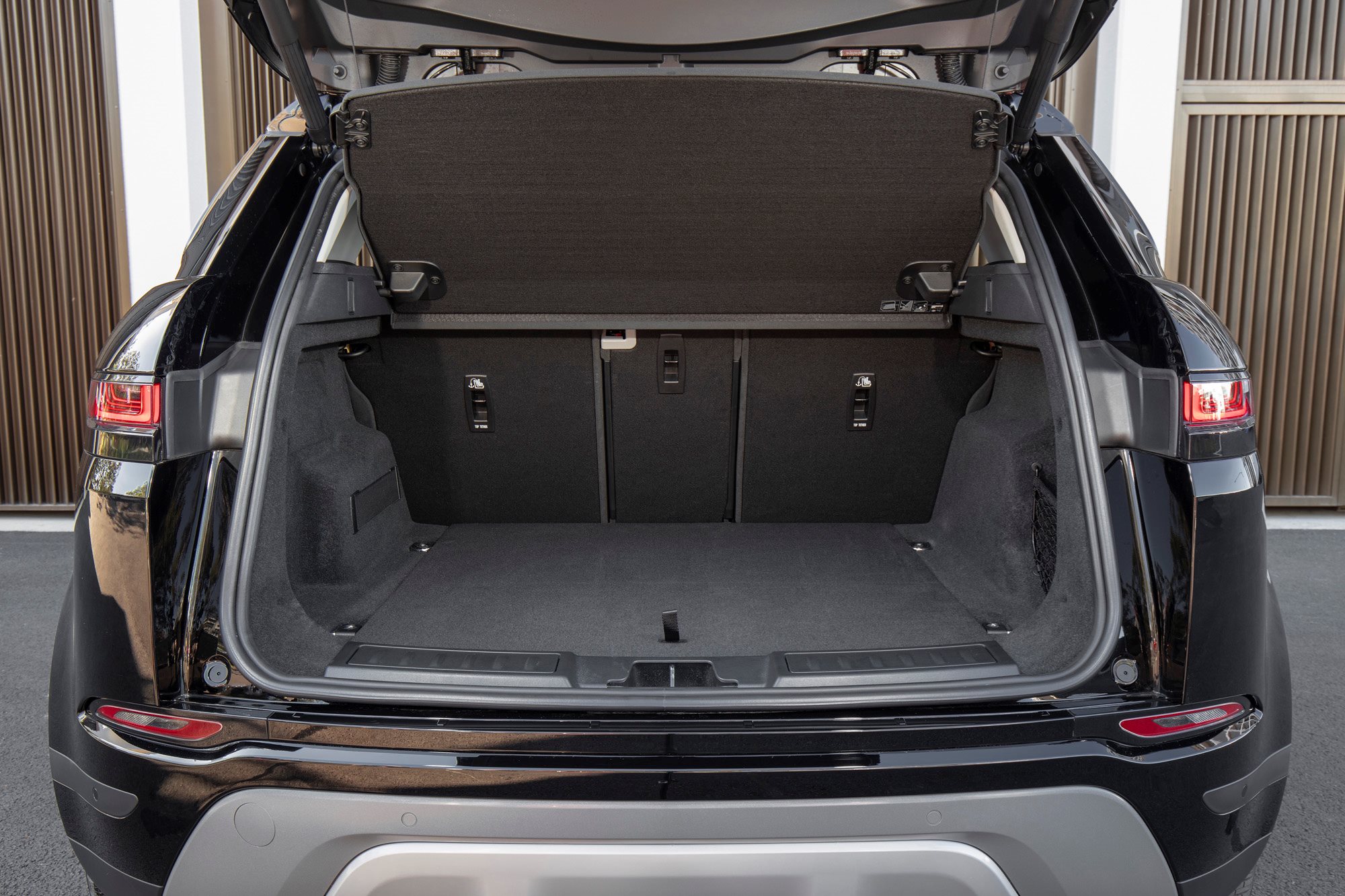 For those with sustainability in mind, a range of non-animal, ethically sourced textiles made from soybeans, recycled plastics and eucalyptus are now on the table. This includes the Kvadrat cloth seen in the Velar (a $4188 option) and Dinamica suede cloth, made from 53 recycled plastic bottles. In fact, there are 33kg of repurposed materials inside every Evoque. 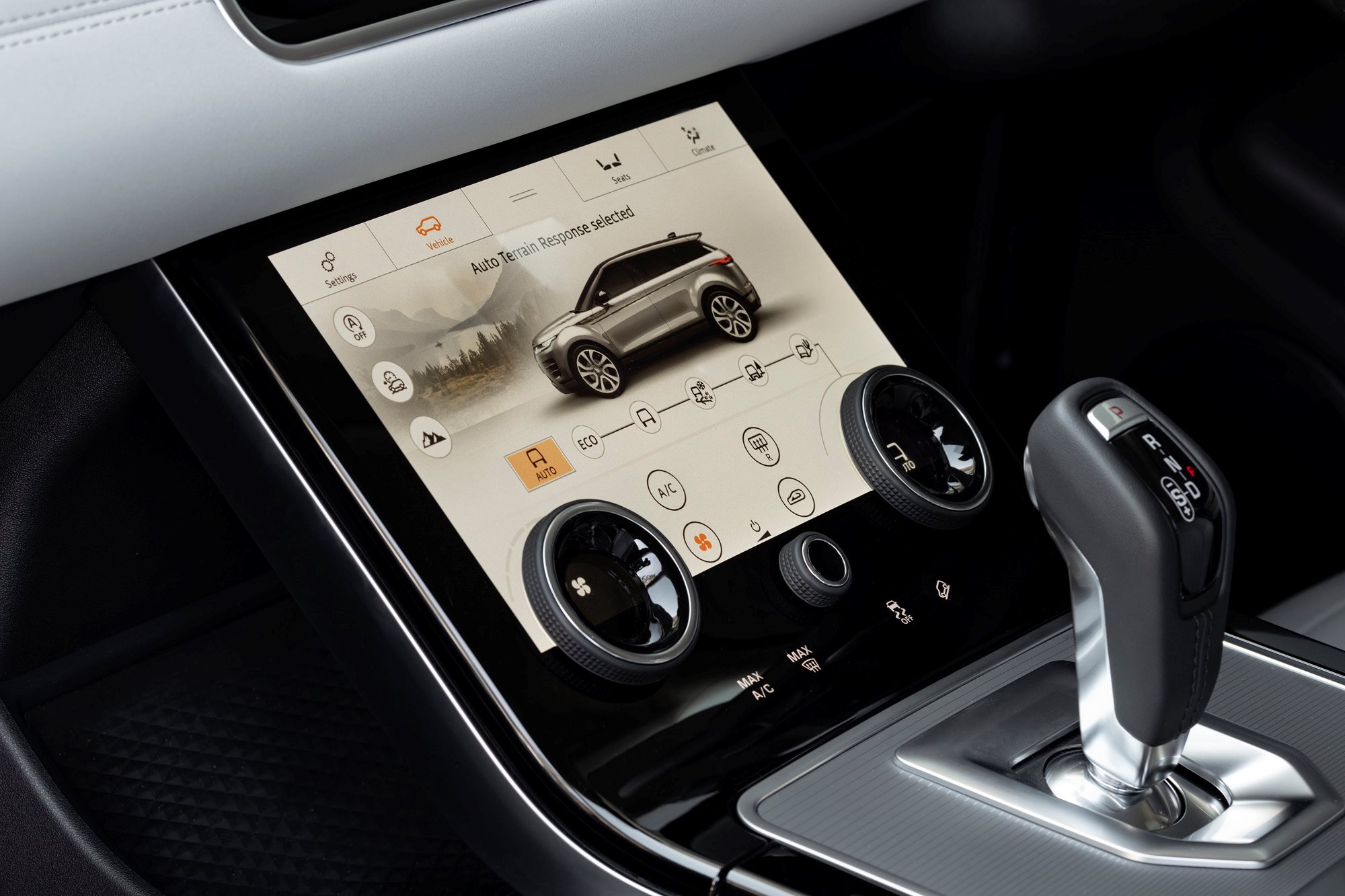 The new Evoque also gets more tech than ever before. Apple CarPlay and Android Auto are now standard, as is an infotainment system that learns the driver’s habits, and downloads updates over the air. Then, there is the revolutionary ClearSight Ground View, an under-bonnet camera that adds extra vision and recreates the front-axle of the car, showing not only what you’re about to drive over but where you’re placing the wheels. There’s also the ClearSight mirror camera, a water-repelling camera mounted on the rear of the roof which is displayed on the rear-view mirror.

The entry-level P200 S we’re testing here is one of 26 variants in the new Evoque lineup. It’s powered by a 2.0-litre turbo four-pot engine with a nine-speed transmission, producing 147kW of power and 320Nm of torque to help it accelerate from 0-100km/h in 8.5 seconds; all of which proved to be more than sufficient for driving around the inner city, on the highway, and on a rural off-road loop. 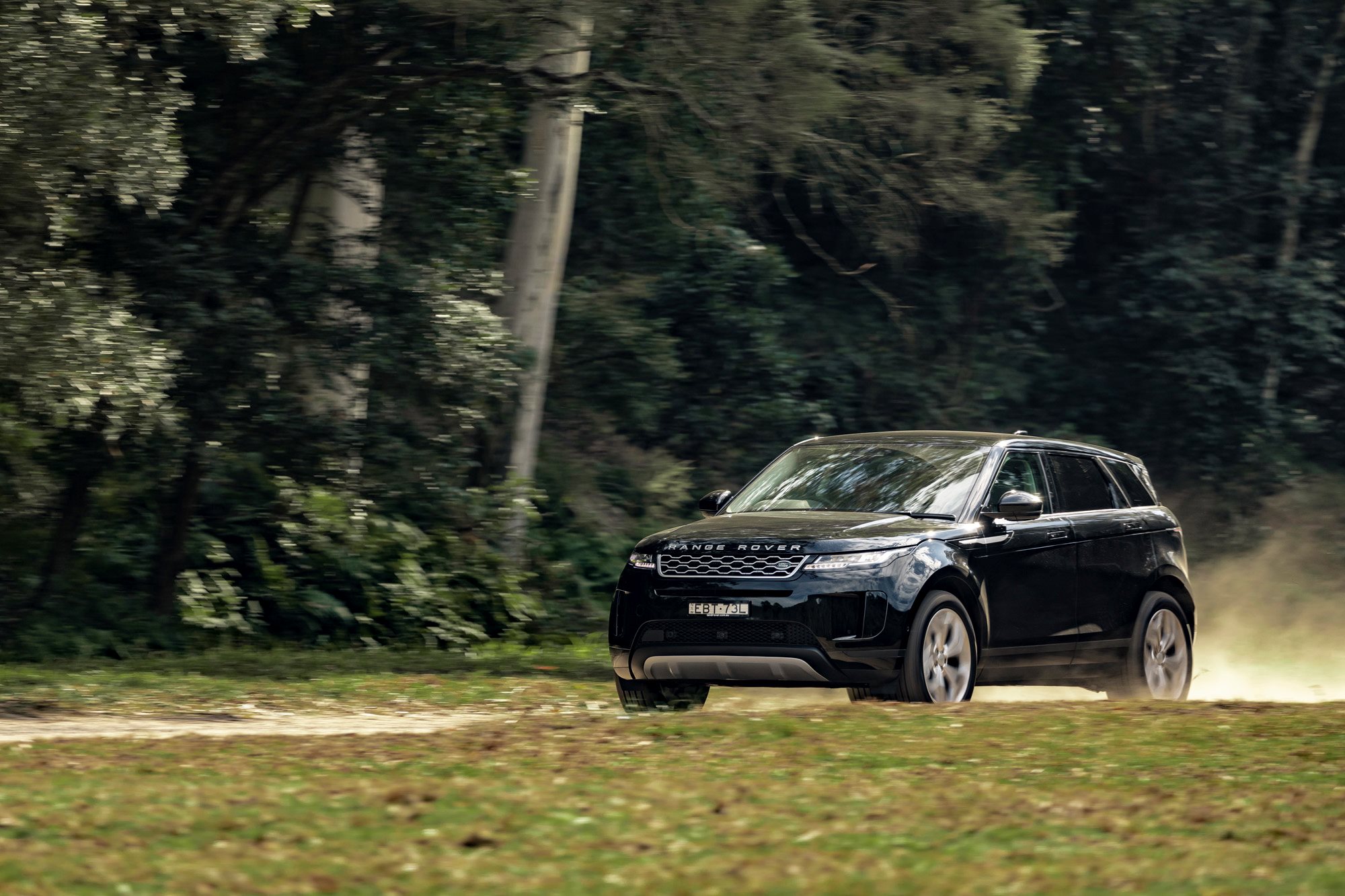 Range Rover claims an official government combined fuel consumption figure for the P200S of 8.1L/100km, and after our road trip, our reading was 10.1L/100km.

Steering is mildly weighted and very direct, vision has improved greatly (especially if you opt for the ClearSight rearview mirror for $515) gear shifts were crisp and the ride is supple and incredibly quiet, bar a mysterious creak in our tester’s left C-pillar. Even on a normally loud highway with high-wind areas and uneven dirt roads, the Evoque’s cabin attenuation and composure deserve applause. It’s worth noting that our car was equipped with 20-inch wheels, instead of the standard 18s, and passive rather than the $1950 cost-option adaptive suspension. 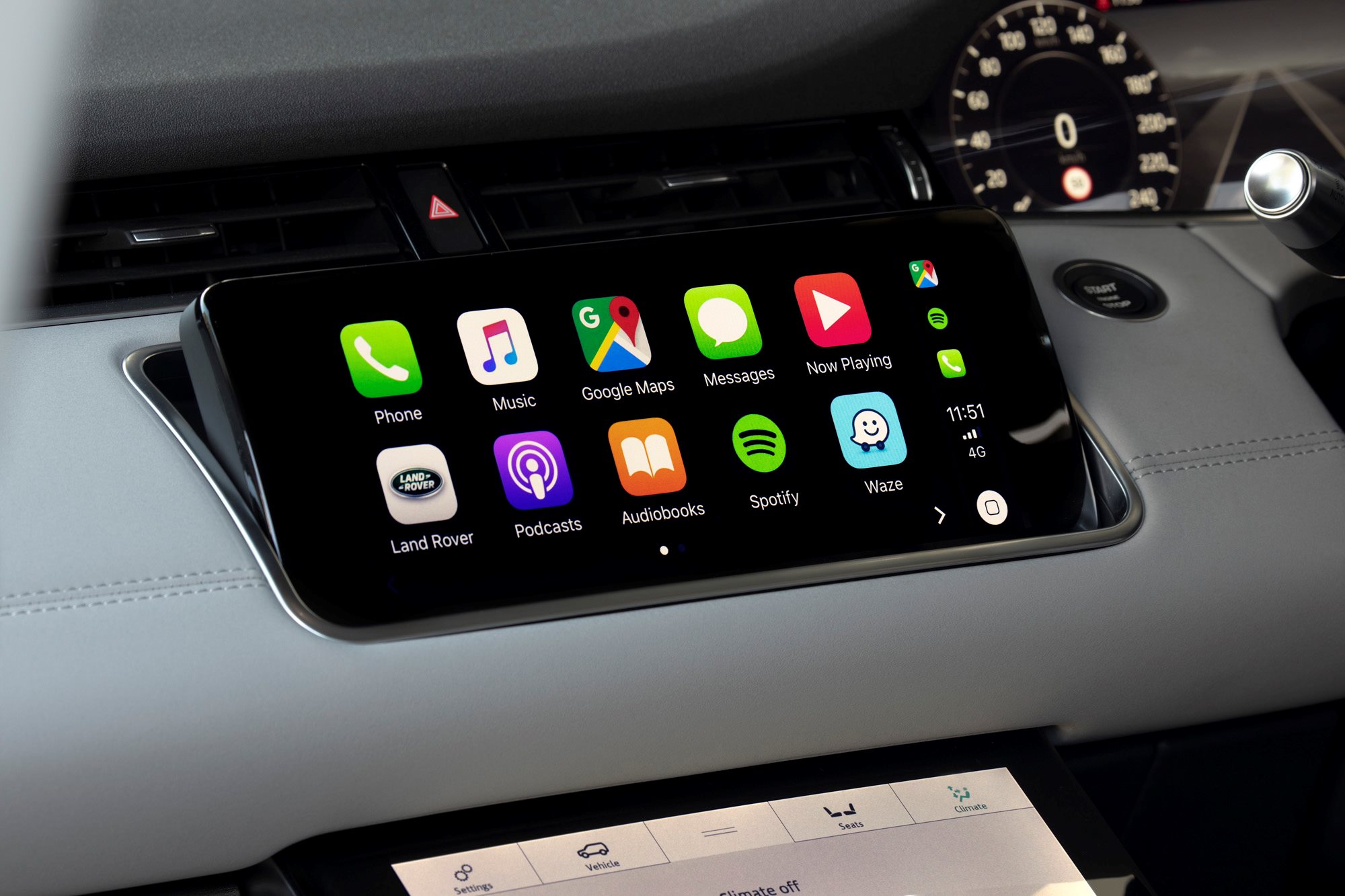 Options worth looking at are the $1340 Drive Pack, which includes adaptive cruise control and blind spot assist; and the Park Pack, at $1010, that includes clear exit monitor, reverse traffic detection and 360-degree parking aid and more.

Service costs provide better value, capped at $1500 for the first five years/130,000km. But Land Rover’s warranty period is three years/100,000km, which, like the extensive options list, seems a little outdated.