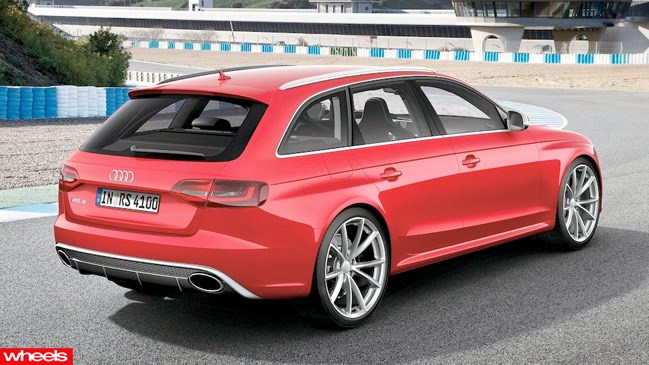 Who says the fast life has to stop when you start a family?

Who says the fast life has to stop when you start a family? After all, the Audi RS4 wagon has all the ISOFIX mounting points to secure a baby capsule or child's seat. And I presume that Audi has tested these mounting points while ripping from 0-100km/h in 4.7 seconds, and while demolishing corners and blitzing straights at a race track.

Audi would have, wouldn't they?

You see, Audi is convinced there is a market for high performance sports wagons. This is why the German brand has been turning out cars like the RS4 Avant for more than two decades. This latest RS4, the third to wear the name (but actually the fourth since the original Quattro-based RS2) is the fastest, the most capable, and the most enjoyable of the breed to date. It has to be, though, because its competition is the Mercedes-Benz C63 AMG Estate. And that car is particularly wicked, and venomously quick.

To tackle Benz's 6.2-litre viper, the RS4 makes do with a smaller 4.2-litre V8 -- same size as the previous RS4. This time it's got 10 percent more power and more torque, which means more smiles when unleashed. So really its 331kW doesn't trail the Benz's 336kW by much at all.

Throw in Audi's latest quattro all-wheel drive, which shuffles the engine's power around faster than a Vegas dealer, and the result is staggering.

Wheels grabbed a little wheel-time at Eastern Creek raceway last week, and it's fair to say we were seriously surprised. It wasn't so long ago Audi performance cars were understeering pigs. Well, they were. One of the fundamental changes with this latest generation A4 on which the RS4 is based is an engine block pushed further back in the bay. This improves the car's weight balance and reduces front-end push.

Add to this some clever adaptive suspension and a variable steering rack which quickens the harder you go, and the new RS4 truly is entertaining. It possesses all the attributes of a proper sports car, just not quite in the same quantities as the mechanically identical RS5 coupe. Well, the RS4 is 155kg heavier because it is a wagon after all. So, unlike the RS5, you can put your mountain bikes in the back, or your golf clubs, or your dog.

Just remember to take Fido out before you hit the track. 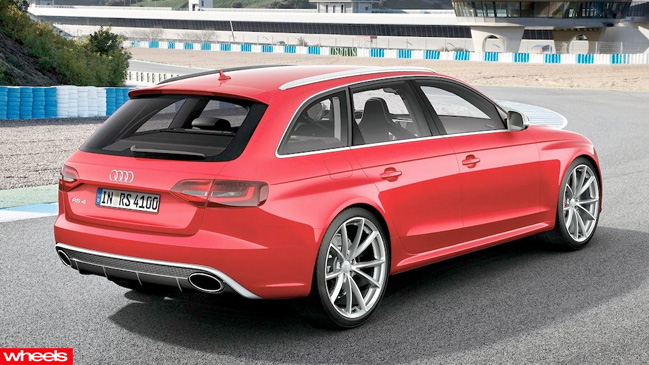 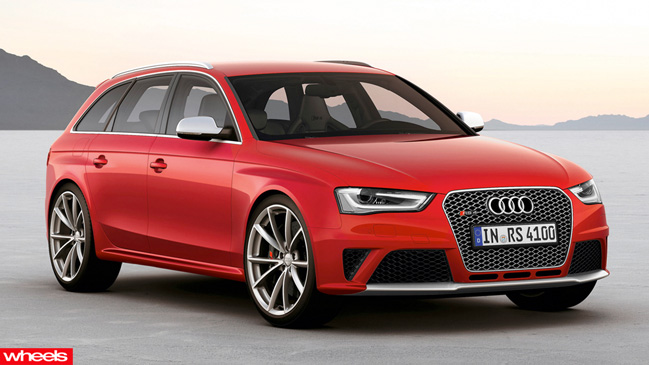 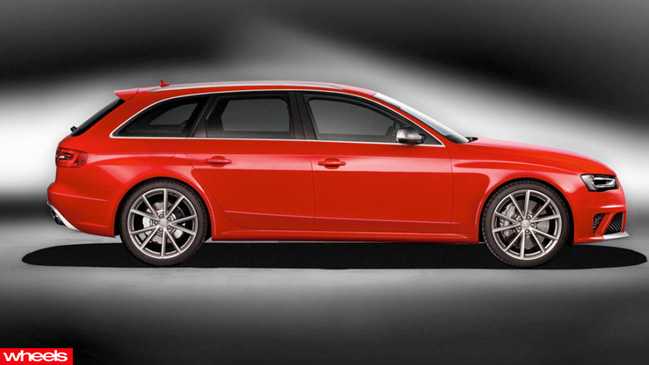 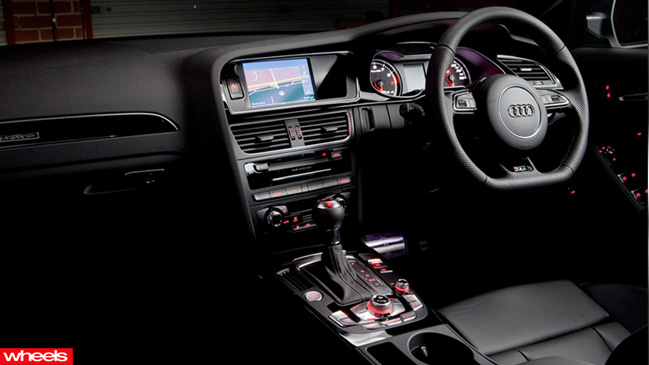