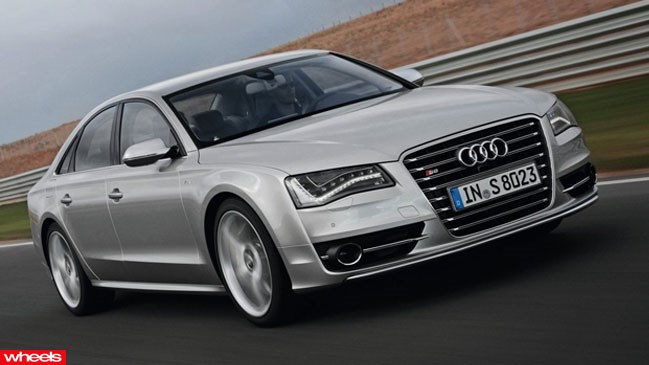 It’s hard to picture the type of consumer clamouring for Audi’s sporting luxury flagship, because muscled-up mega-sedans have a reputation for being vicious but unwieldy.

But the A8 has been getting the ‘S’ treatment since 1996, and each iteration does drive better than the last.

The new S8 was launched in Europe mid-2012, but Audi Oz will hold its introduction to coincide with the A8 update due mid next year.

Like the old S8, this one is all-aluminium, so the body has no significant weight-reduction story to tell. The engine does, however.

The new-gen twin-turbo V8 is 50kg lighter than the old atmo 5.2-litre V10. Power is up 51kW, but the biggest kick to real-world performance is the torque.

That’s properly rapid for such a big car.

Low-rpm acceleration is deceitful; it doesn’t feel hurried yet definitely is. The V8 obviously hits harder closer to its 5800rpm power peak. But why ruffle its feathers?

The S8 is a car that works brilliantly at anything up to eight-tenths. Beyond that, well, the laws of physics cannot be broken.

The S8’s new electric steering is light and quick off-centre, but shudders when the Audi is hustled through rough corners.

The S8 does turn with more verve, and has good lateral grip, but these are both relative terms.

The S8’s better steering and dynamically adjustable air-suspension mean it would be quicker point-to-point even with the old V10. But it’s challenging to exploit its enhanced dynamics and thunderous engine because there's no tactile feedback coming from the front end.

The S8 drives as big as it looks, it does not shrink around you. And the brakes feel every kilogram, although they refused to fade during our mountain-hopping expedition.

Winding roads are not the S8’s forte. It’s much better blasting along an autobahn at 200km/h-plus, the kays disappearing under its quiet and opulent cabin.

The seats are sublime, the ambience refined and the B&O audio system awesome.

Rear legroom is good but not as generous as the S8’s overall length suggests. I’d argue Aussie sedans, which are shorter, have more room.

In Europe the S8’s combination of prodigious speed and luxury makes sense, but not so much in Australia. Here, the S6, which has the same engine (albeit in a less-potent 309kW tune), is a better sports sedan for enthusiasts.

But if luxury combined with effortless wafting is your thing, try the A8 V8 turbo-diesel, which has more kit and 800Nm. 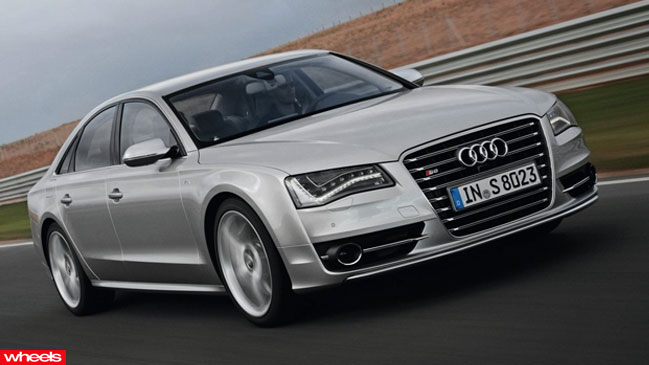 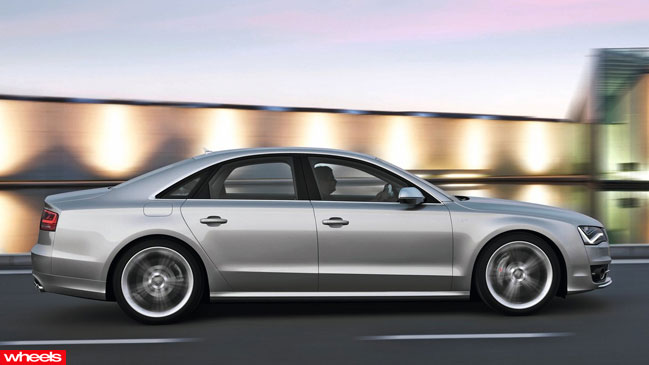 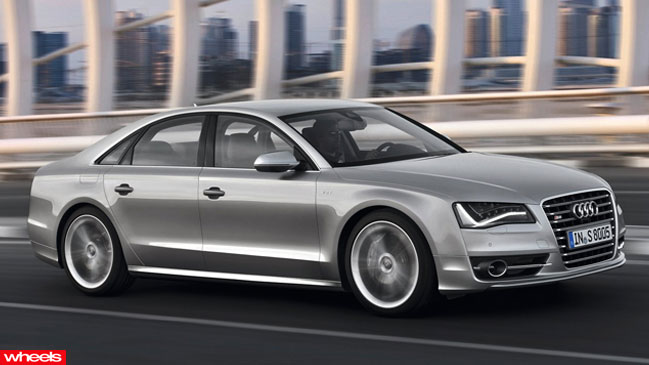 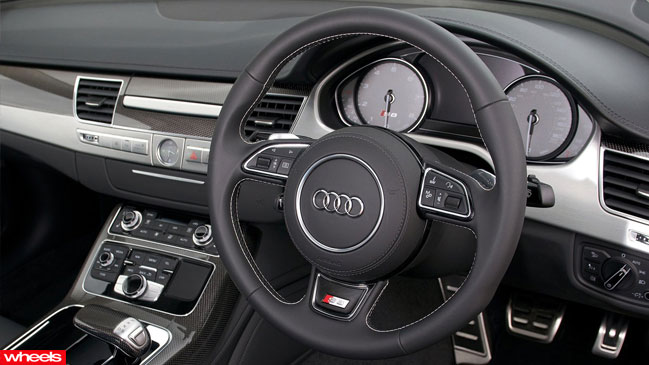