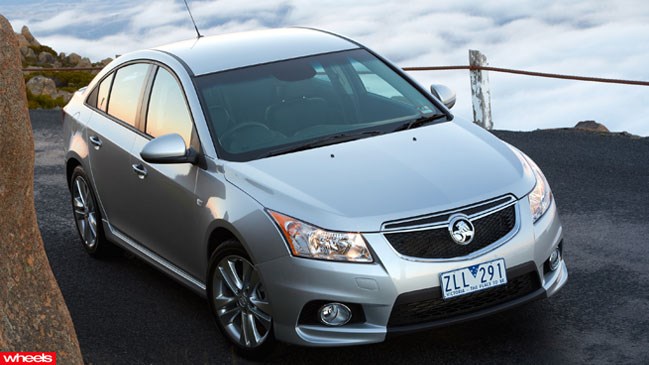 Difficult though it might be to believe, 2013 is not just about the VF Commodore for Holden.

Difficult though it might be to believe, 2013 is not just about the VF Commodore for Holden.

As crucial as the big new rear-driver is to the General’s manufacturing future here, it’s the mid-life update of its locally built Cruze small car that looms every bit as large.

Last year the Cruze hatch and sedan came within a whisker of out-selling the sedan and wagon variants of its burly big brother, and it did so in a growing category that now represents just over 20 percent of all new-car sales.

Which is precisely why any changes – even a mid-life update with a notable dearth of styling enhancement – is big news.

The new Cruze may look little different to the old, but Holden has invested wisely in performance and dynamic upgrades that include a new turbo petrol engine, an upgraded six-speed auto for petrol variants, and extensive refinements to the dynamics of every model.

The big news beneath the bonnet is that new 132kW/230Nm 1.6-litre DOHC 16-valve turbo four, which joins the range at the top of the tree as the performance engine in the sporty SRi and SRi-V variants. Thankfully, it adds some much needed starch to the backbone of the luxury-sports models.

The new engine is impressively smooth, with a nice linear power delivery, but needs a few revs aboard to give its best. It spins sweetly to its 5500rpm power peak and beyond but could do with a bit more muscle in the mid-range for more assertive overtaking.

The old 1.4-litre petrol turbo continues on as an option, as does the 1.8-litre atmo four-cylinder, with all three petrol engines available with a new Gen 2 six-speed automatic.

The new auto has been dosing on the Omega 3 fish oil, offering superior adaptive shift logic to deliver a more intuitive and enjoyable driving experience.

Local calibration sees it behaving far more rationally than the fussy Gen 1, which carries on behind the unchanged diesel-powered Cruze variants.

A raft of locally developed and Australian-specific revisions to the Cruze’s underpinnings have resulted in significant improvements to ride, handling and even NVH. Here, Holden’s decision to move to two suspension tunes rather than a single spec across all models has clearly paid dividends.

Specific tuning of the struts and dampers, plus the addition of a stiffer rear torsion beam and a slightly lowered suspension, has sharpened the reactions of the SRi and SRi-V, making them a more sporting drive.

Grip levels across the range are impressive, thanks partly to new right-hand-drive-oriented Bridgestones, developed locally and specifically for the Cruze.

Inside, all models now feature Holden’s MyLink infotainment system with new seven-inch touchscreen, and there’s a strong value for money story, with price cuts of between $2000 and $3500, accompanied by equipment upgrades of between $1250-$1600.

The 18-month local-development program has delivered a much-improved Cruze that has jettisoned its dull driving dynamics in favour of a more engaging personality – one that now speaks with a distinctly Aussie accent. 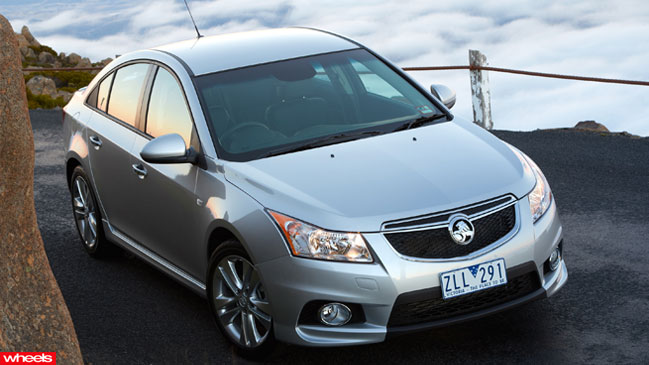 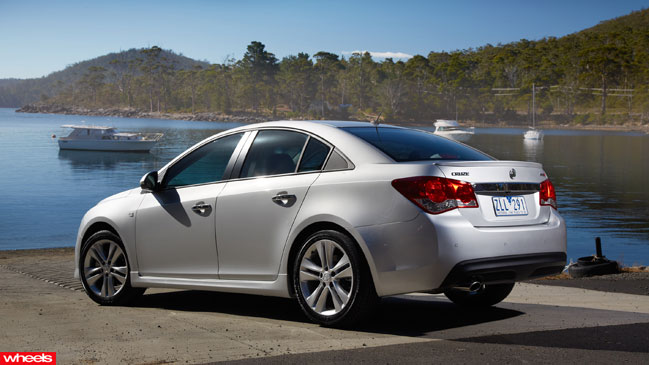 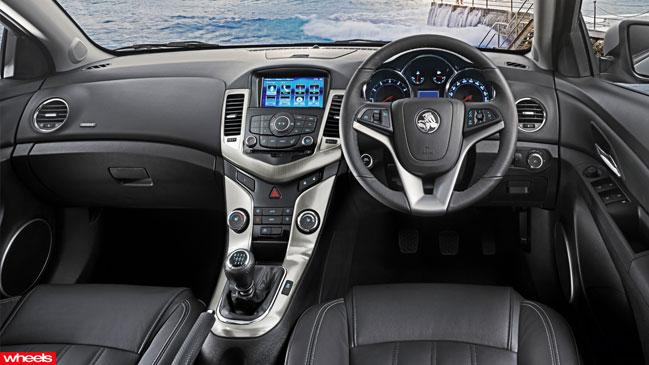 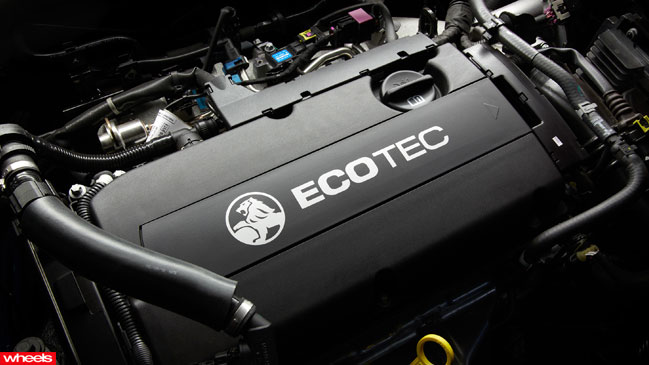