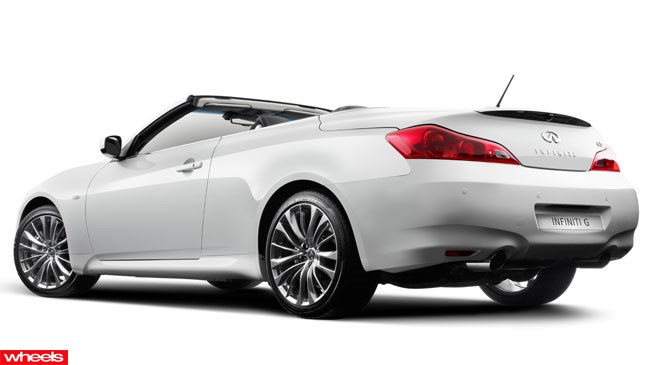 Who do you think you are, Infiniti? That’s a reasonable enough question, seeing as the ‘new’ G37 (born 2007, actually) might be deemed an upstart against its pedigree (if equally aged) BMW 3 Series, Audi A5 and Mercedes C-Class opponents.

Who do you think you are, Infiniti?

That’s a reasonable enough question, seeing as the ‘new’ G37 (born 2007, actually) might be deemed an upstart against its pedigree (if equally aged) BMW 3 Series, Audi A5 and Mercedes C-Class opponents.

Root around the Infiniti family tree beyond the Kardashian SUVs and sultry sedans, however, and you’ll find some Princely ancestors with evocative names like Skyline, Laurel, and Gloria. Even GTR is in there.

We’re talking half a century’s worth of sporting heritage, then, and the equal to many Euro brands. But, for every blueblood, there’s a Bluebird … or in this case, the G37 Convertible.

Credit where it’s due first, though. For a folding hardtop, this is one handsomely proportioned drop-top, whether the turret is erect with side windows down for that classic pillarless panorama, or tucked away neatly inside the pert derriere.

However, the cabin is less convincing. Though lovingly crafted and oozing standard kit (navigation, and Bose audio are included), the dashboard screams Nissan Murano and quakes like Scooby Doo at the mere suggestion of a road bump. Not classy.

Amid lashings of leather and slush-moulded surfaces is too much cheapo plastic. And is that a foot-operated park brake borrowed from a Datsun Cedric we see?

The ride-ruining 19-inch wheels contribute to the fact that the Convertible’s steering shimmies and the rack kicks back arbitrarily, while the dawdling roof requires an infinity (okay, 25sec) to fold away, rendering the boot useless.

And we mean useless. Ironically for a drop-top, there’s barely enough room for an umbrella, let alone a dirty weekend away’s worth of underwear. You may need to go topless in this convertible…

But the Coupe – at about 175kg lighter – adheres to its bona fide Skyline sports pedigree . It's significantly sprightlier off-the-line than the sweet and sonorous but subdued acceleration of the drop-top, particularly off the line.

In both cars, a 235kW/360Nm VQ37 V6 howler drives the rear wheels via a deft seven-speed auto, but the limber Coupe cracks on with far greater urge, offering stronger and more stirring responses throughout the considerable rev range – and without the scuttle shake.

Better still is the closed car’s poise and finesse. In the base GT, on 18-inch alloys and with none of the rear-wheel steering tech from the convertible to complicate or flummox, the Infiniti shrink-wraps around the keen driver, bolstered by a sharp (if slightly muted) helm, for engagingly linear handling that braces the bitumen, without the quivery Convertible’s punishing ride characteristics.

Clearly, then, the G37 Coupe clicks with its Infiniti/Nissan/Datsun/Prince genealogy far more convincingly than the dapper but deficient Convertible.

So if you long for a luxury sports coupe with proper bloodlines, the Infiniti’s run thicker than you might think. 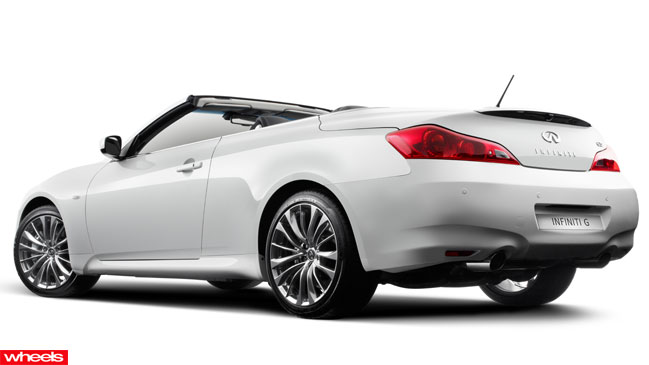 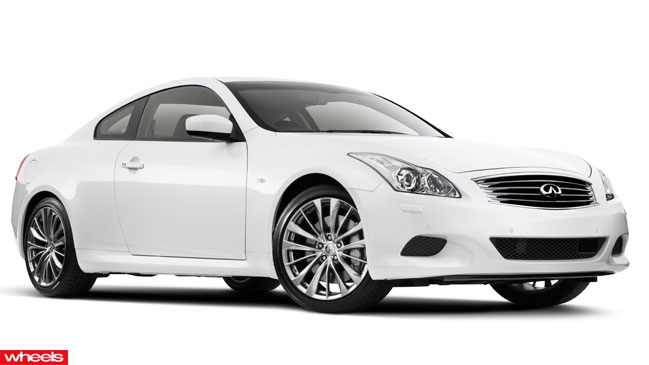 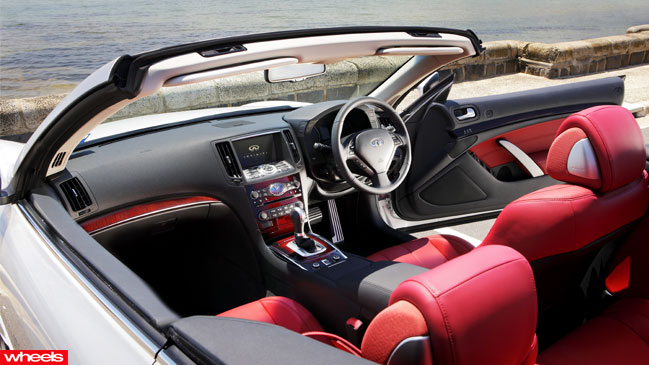 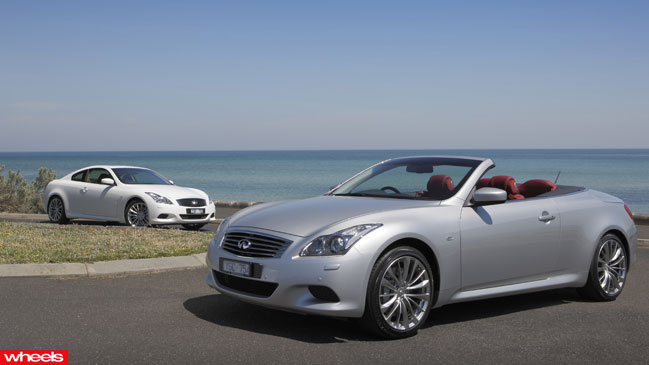