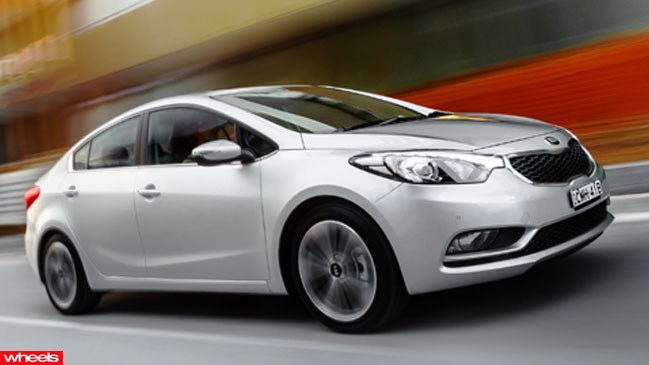 Kia’s naked ambition is there for the world – including Australia – to see.

Kia’s naked ambition is there for the world – including Australia – to see.

It’s writ boldly in the great styling of the new, bigger and better Cerato sedan, along with a couple of energetic engines, enhanced safety package, excellent equipment-for-your bucks, and an appealing ride-and-handling tune courtesy of local engineers.

Yes, the new Cerato four-door sedan kicks plenty of goals. A five-door hatch follows mid year, and then the Koup.

For now, though, it’s the sedan, offered in base S, Si and SLi grades, with choices of two petrol engines (1.8- and 2.0-litre fours) and six-speed manual or auto transmissions.

The punchier engine is the advanced 129kW/209Nm 2.0-litre GDI, good for 0-100km/h in 8.5sec, but the 1.8 specific to the entry-level Cerato S wins plenty of friends with its willingness to rev (rather noisily in the upper reaches, it must be said).

The 1.8 doesn’t feel a lot less energetic than the 2.0-litre alternative. Spoiling the fun a little is the vague shifting action of the manual.

A stiffer body and six airbags are expected to help deliver five-star ANCAP safety. It also scores Kia’s FlexSteer variable steering system, which gives the driver the choice of three different weightings, but no change in feel or directness. It’s a marketing wank.

The SL and SLi, both with obligatory 129kW 2.0 four, get more equipment (reversing camera, alloys) and improved trim (and prices up to $30,990 for the automatic range-topper with seven-inch sat-nav, leather seats, 17s, LED running lamps, and lots of tasty fruit including shifting paddles and sunroof).

The suspension, with independent strut front and torsion beam rear, has received plenty of work to make the third-gen Cerato range happier on Australian roads.

It’s not transformed into a sports sedan, but it is a very competent handler with improved compliance over bumps and a reasonable ride compromise.

Shame the steering doesn’t cut it.

Fuel efficiency is part of the Cerato’s appeal. The 1.8 manual has a combined figure of 6.6L/100km/h; the auto is good for 7.1. The 2.0 manual and auto versions return 7.4. And it’s possible to get down around those figures in the real world.

The Koreans have certainly lifted their game and they now unreservedly challenge the Japanese competition in Australia’s biggest segment. 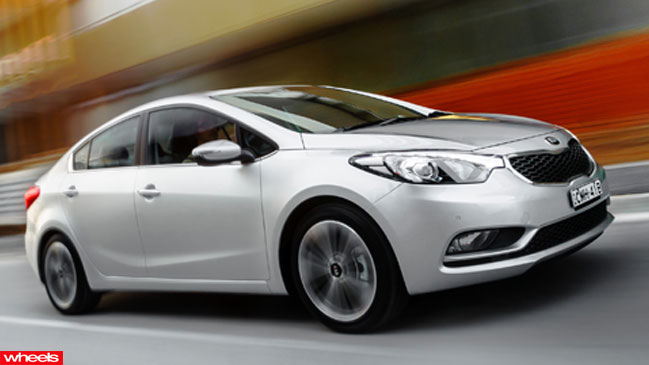 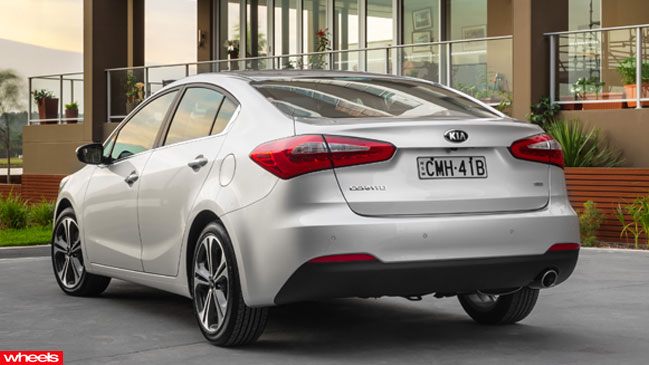 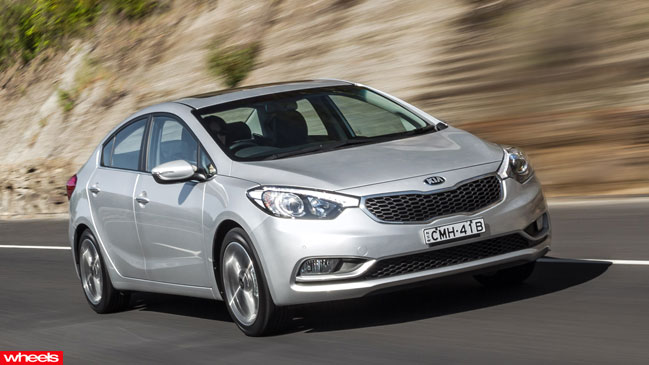 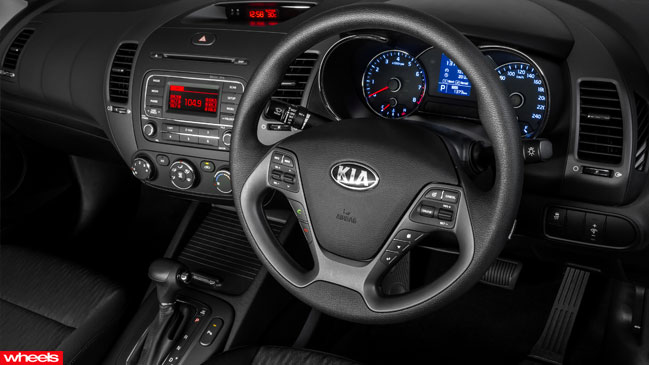