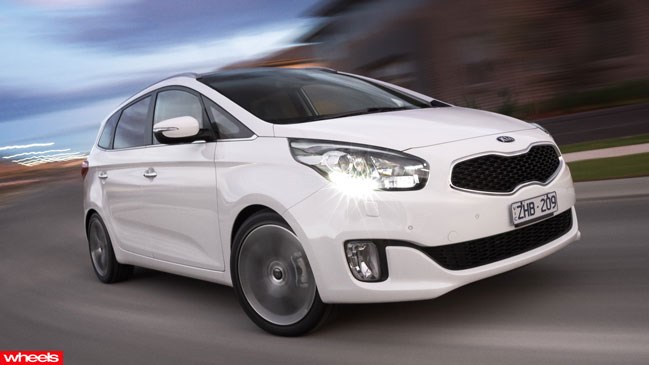 The Australian male is world-renowned for his stoicism. He goes over the trenches for his mates. He tells fibs to the same mate’s wife because a beer commercial told him to. That mate repays the favour by saving the first mate from a shark attack by punching the bastard thing in the nose.

The Australian male is world-renowned for his stoicism. He goes over the trenches for his mates. He tells fibs to the same mate’s wife because a beer commercial told him to. That mate repays the favour by saving the first mate from a shark attack by punching the bastard thing in the nose.

As I understand it, only two things strike fear into the heart of this otherwise unshakable Aussie man: backyard vasectomies and Korean people-movers. The former is understandable. My buddy Mike still walks with a limp and has a glazed-over stare from his. As for the latter, there’s no lack of probable cause there, either.

So is it any wonder I approached the second-gen Kia Rondo with slight trepidation? Well, I need not have worried. This is a smartly designed, thoroughly worthy seven-seater alternative to the usual SUV suspects.

But by ‘seven-seater’, read that as five-seater with occasional plus-two capacity for juniors in the third row. In terms of proportions, the Rondo, as per the previous generation, is more tall-boy hatch than conventional people-mover.

Thank designer Peter Schreyer for reinventing the stodgy, ungainly original into the crisp lines you see here. But don’t expect to move seven adults – it’s pitched firmly at families with pre-teen kids. For serious breeders with lanky sprogs, Kia will guide you into a Carnival.

But before we move to the good stuff, let’s cover the range, and an anomaly that occurs with it. Spec levels traverse three tiers: Si, SLi, and Platinum. Standard engine is a 2.0-litre atmo four-pot providing 122kW/213Nm. A 1.7-litre turbo-diesel is available as a $2500 option in the either base Si or mid-level SLi. The diesel isn’t offered on the top-spec Platinum, but I’m going to suggest this isn’t an issue. Not because the diesel should be avoided – quite the opposite – but because the $39K Platinum is the least convincing of the line-up.

It mostly comes down to those often-perplexing bits of black magic rolling in each corner. Base Si model gets 16s, SLi is on 17s, while the top-spec Platinum rides on nice-looking 18s.

But while adding style, they also destroy the ride and sabotage the locally developed chassis tune. Sharp-edged crash-through, lack of mid-corner bump absorption and a generally fidgety state of almost permanent irritation are just some of the problems.

Smooth roads, no surprises, are not an issue, where the Rondo Platinum has almost warm-hatch levels of roll resistance and mid-corner grip. But why? What soccer mum or harried dad with sprogs on board is ever going to hustle this thing like a warm hatch? I climbed out feeling that the persuasiveness of the packaging was brought undone by the ride issues and underwhelmed by the engine. The atmo petrol four is too grunt-lite to feel it has the task of hauling around circa-1600kg, plus passengers, fully under control.

When in doubt, get back to basics – in this case, the base Rondo Si on 16s. But spend the extra $2500 on the diesel because its full-fat torque curve is exactly what a chubby people mover needs.

It’s no benchmark for revability or aural satisfaction, but it is a willing worker and mates nicely to the six-speed auto, which is the default transmission across the range.

In this spec, the drive experience is transformed. You’d swear the suspension rates were different, but the Kia folks insist it’s simply the extra compliance of the 16-inch tyres. The ride goes from brittle to absorbent, and mid-corner bumps no longer threaten to bounce you off line.

All of which leaves you to appreciate the excellent load/passenger-carrying flexibility, thoughtful storage spaces, and generally fine levels of usefulness this thing offers. In this context, and at the Si’s price of $32,490, men of Australia can relax – there is nothing to fear here whatsoever. 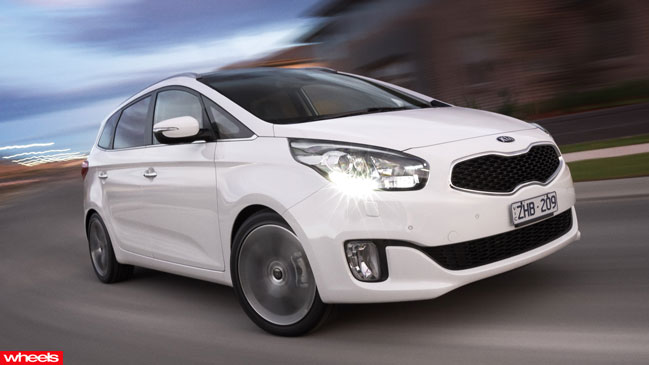 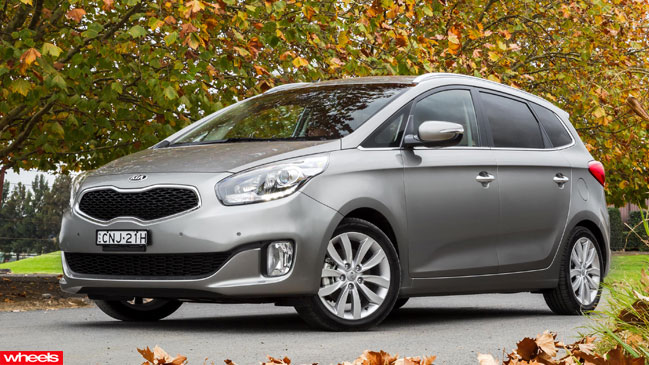 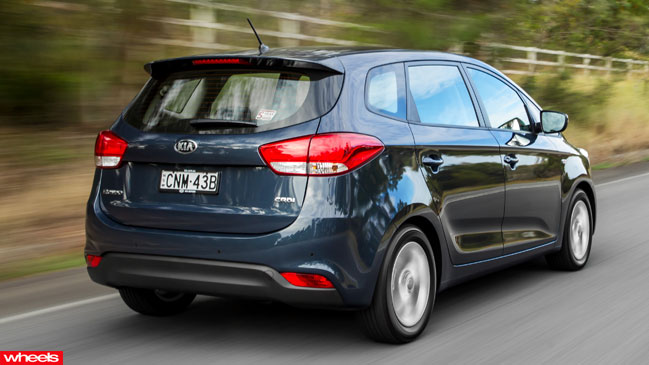 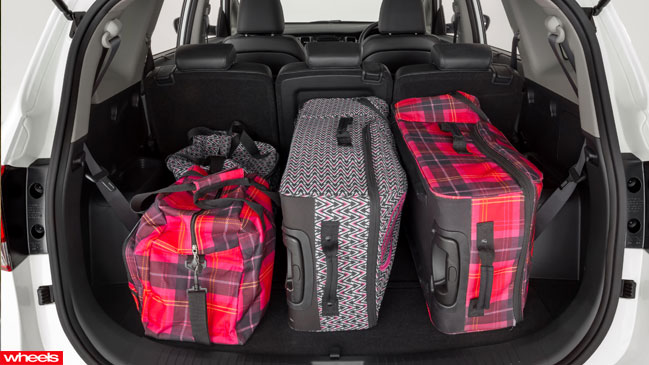