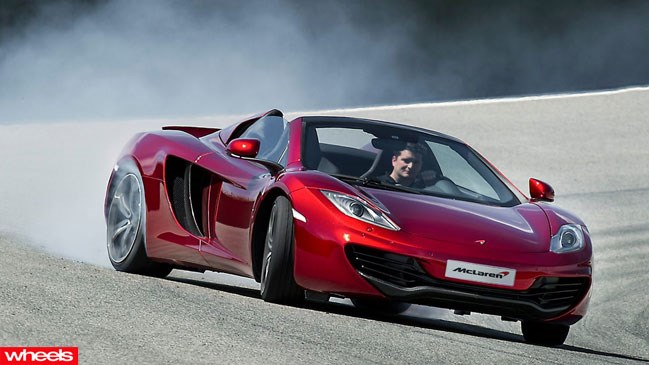 TALK about a car of the moment. Right now, the 12C Spider is crucial to the evolution of McLaren Automotive, the brand. No one has ever been in any doubt that the 12C can deliver the goods dynamically, where it counts.

Talk about a car of the moment.

Right now, the 12C Spider is crucial to the evolution of McLaren Automotive, the brand. No one has ever been in any doubt that the 12C can deliver the goods dynamically, where it counts.

Emotionally, though, there still lingers a question mark about its ability to hit the automotive g-spot, at least in the same way that its equivalents from Ferrari and Lamborghini so clearly do. And it’s the one key criticism that the new Spider must seek to put right.

Roof up, the 12C Spider feels, well, much like a 12C coupe, albeit with a bit more poke at the top end and an even sharper gearbox than before.

But drop the roof and the transformation is extraordinary. The extra noise provided not just by the exhaust but also the engine, the wind and whatever else the world chooses to fire at you makes the Spider feel way more dramatic – more emotional, if you will – than the coupe.

The mild sense of polite Britishness that underpins the coupe’s personality disappears when the hood goes down, and what you get in its place is a car that, metaphorically at least, appears to be grinning from ear to ear most of the time.

On the road – or on a track – the 12C Spider feels quite different from the coupe, subjectively. It feels more alive, more urgent and just more exciting to drive. Not only has the peak power figure risen to 460kW, but the revs at which it arrives have also climbed by 500rpm, which makes the 12C feel notably more crazed.

It sounds quite different, too, thanks to the tweaks that McLaren has applied to the induction and exhaust systems. Under load, the combination of induction suck and exhaust scream make the Spider sound much angrier, and more like the outrageously rapid supercar that it is.

Removing the roof and turning up the volume where it was needed has unlocked the 12C’s personality and allowed it to dazzle rather than merely impress beside the rivals with which it was designed to compete.

No wonder McLaren expects more than 80 percent of customers to choose this model when it goes on sale next month – because if you were in the market for a 12C, you’d be mad not to go for the Spider. 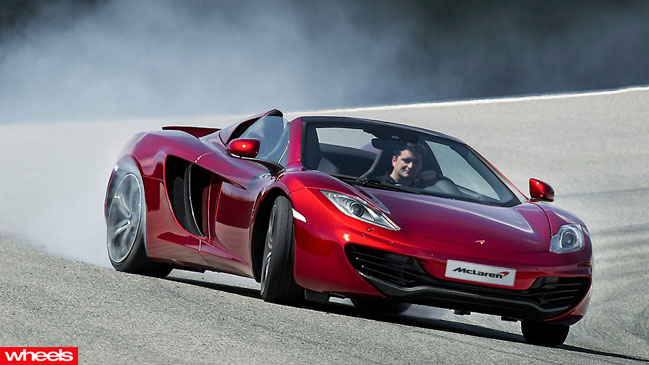 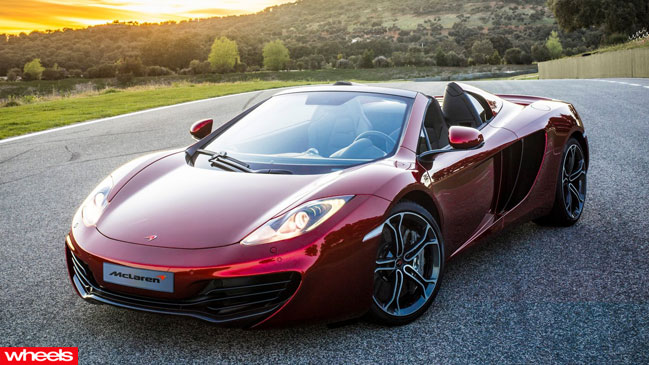 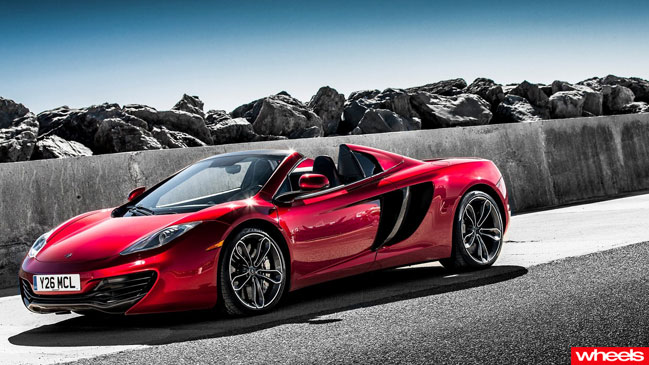 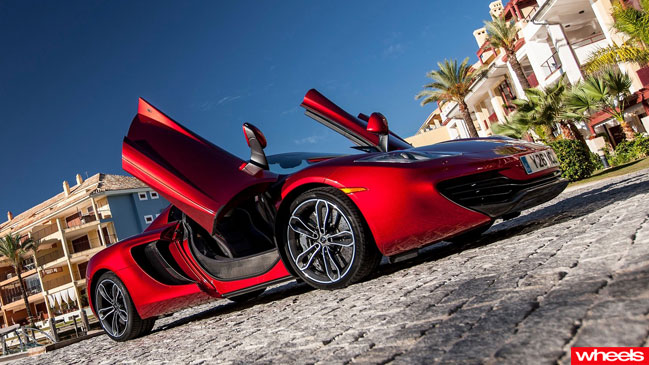