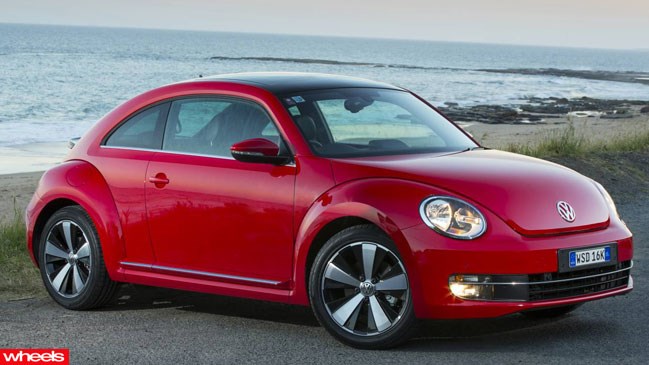 At the latest model’s local launch, the presentation included a menagerie of Beetle movie montages … without a single reference to the 1974 Aussie classic.

For those not into low-budget camp horror, an early Bug brandishing spiky armour sets out for Vee Dub The Impaler-style revenge on the eponymous NSW town’s murderous residents.

Now, VW’s oversight is ironic, because butching up the modern Beetle’s twee image was priority die nummer eins for this, only the third in 75 years.

To that end, VW has fashioned a longer, lower, and proportionally truer post post-modern Beetle to the rear-engined Type-1 original.

Minus the spikes, of course.

Both a ’60s example and a Baja beach buggy served as muses for the Wolfsburg designers during the Bug’s 2008 development.

Maybe that’s why the now-steel (instead of plastic) guards can be unbolted.

Inside, the winning American proposal continues with the aggressive retro evolution.

From the slabby dash, with its quaint lidded compartment, to the ceiling curvature and upright windscreen that’s no longer on the distant horizon, the result is more Beetle-mania; less Beetle-feign-ier.

The seats, driving position, ventilation, ergonomics, and instruments are all first class; the repositioned pillars offer improved vision; there’s no more vase; and that weird windscreen-fishbowl effect is history.

While most buyers will happily settle for the snappy seven-speed DSG – featuring hill-start assist for fewer jerky take-offs – VW’s seemingly Teflon-coated six-speed manual is just a joy, and backed up by beautifully measured clutch and braking actions.

Question. Why has the Beetle just caught up with the 2003 Golf V’s PQ35 platform … minus its sophisticated multi-link rear end?

While the steering and front end are willing tools that a keen driver can call upon to accurately point and shoot with, the torsion beam rear fidgets like a surly teen on anything less than the very best billiard-table bitumen.

Even on the standard 17s, both the body control and ride lack discipline and suppleness when pushed.

Why buyers of VW’s heritage icon are treated so contemptuously is baffling.

Still, the vastly improved Beetle is a likeable car.

Our advice is to stick to 17s and smooth roads, or buy a Golf and a ’70s Superbug classic with the change. 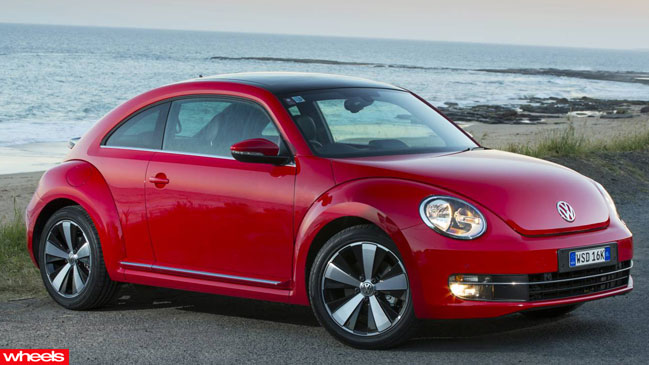 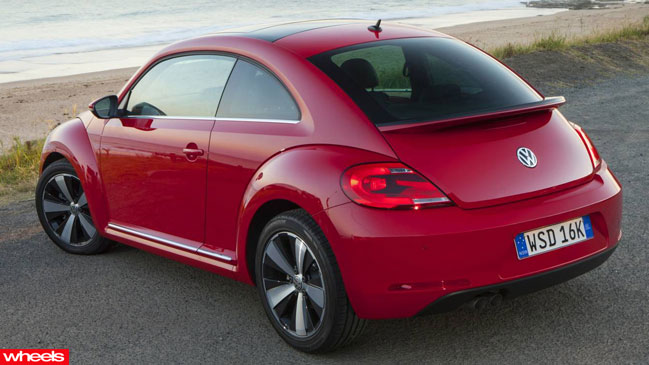 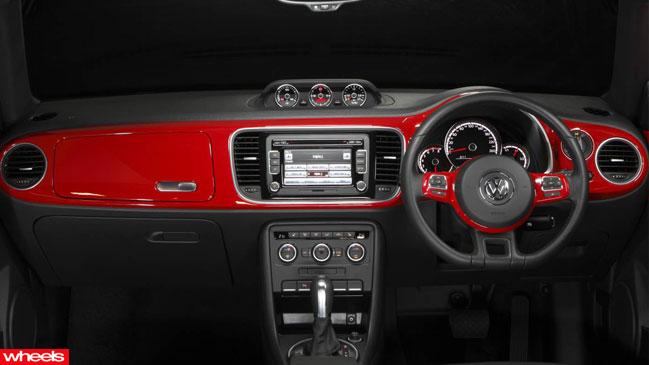 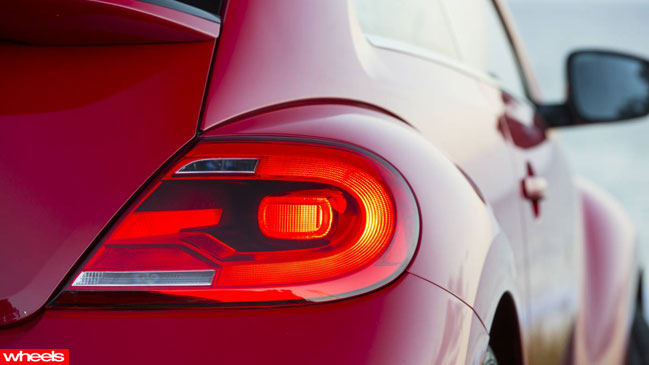