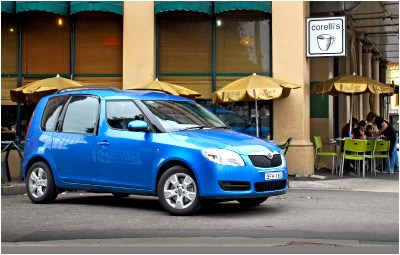 Of diesel sipped and armchairs swallowed.

Perhaps it's unfair that my abiding memory of the Wheels long-term Skoda Roomster is likely to involve a pair of thumping, great armchairs.

Take a look at the picture below and you'll see why. Yes, the sight of those humungous armchairs, perched, seemingly against all odds, in the back of the tiny Roomster is seared into my brain.

While it's an appropriate memory that the Roomster easily swallowed those chairs - along with lots of other bulky stuff during our six months with the car - there's also plenty more worth remembering about this quirky beast.

First up, it's a decent drive. And, as we've never been shy about saying, it's sportier than it looks. That wide-track, long-wheelbase stance works well in conjunction with its ex-VW 1.9-litre turbo-diesel and rifle-bolt five-speed gearchange. Sure, there's a surge of turbo-diesel grunt early on that falls away not long after it's erupted. But that's the way it is, and by short-shifting you're able to make the most of it on the way to the Roomy's tall, tall fifth while conserving fuel and simultaneously enjoying yourself. Surely, that's a double-barrelled formula for the times.

In the spirit of sharing the love, Wheels' office co-ordinator and young up-and-comer, Daniel, auditioned the Roomster as a family mobile and came away impressed. Typically, he reported back with some snappy comments backed up by facts, some of which make surprising reading.

"It makes a mockery of so-called compact SUVs, bettering most, if not all, in both the Sport and Utility departments," he wrote. "With all seats in, Roomster's 530 litre boot capacity still exceeds that of a Forester (450L) and Tiguan (350L), and can extend to 1780L with rear seats taken out. Except for its width, there's more space than Commodore in every direction, including head, leg and foot room."

So, we've all liked its versatility, sharp steering, slick shift and, let's call it, 'chuckability'. Its 6.4L/100km average fuel consumption has been a bonus.

Yet the Roomster sells in tiny numbers here. Skoda's boss in Australia, Matthew Wiesner, believes that's partly because the brand remains relatively new here, and because the company's marketing focus has been on the more traditionally mainstream Octavia. He hopes that by building up the Skoda nameplate via Octavia, potential customers will also notice its unique stablemate. Once they've sat in it, driven it and sampled its various party tricks, they're sold, he says, adding that "feedback from Roomster owners is that they're rapt."

In the scheme of things, our criticisms have been minor. Make that a blind spot and a 'frizzle' behind the instruments.

Although our Roomster wasn't due for its 15,000km first service, we requested that the car be checked-in early. That way, we'd be able to report back on the service costs, how the car felt after it'd been tweaked ... and whether the 'frizzle' had been fritzed. And the verdict on the tweaks? The car feels like a new one. The frizzle? Still there, unfortunately. 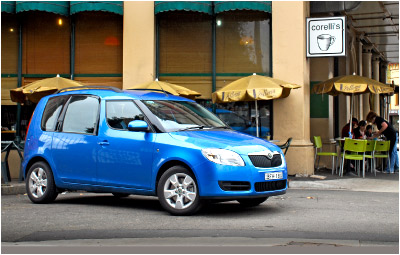 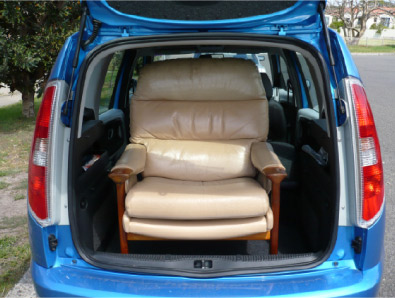 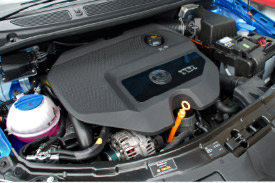