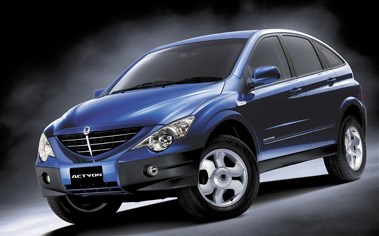 Cheap, but with the dynamics of a truck.

Most Australians associate Ssangyong with the Musso four-wheel drive that also sold here from 1996 to 2002 as a Daewoo. With 60 dealers, Ssangyong Australia is still a niche player (2206 sales last year and a goal of 3000 in 2007), and it's hard to see that changing with the new Actyon.


This compact SUV is pitched against slick urbanites like the Honda CR-V, Nissan X-Trail and Toyota RAV4, and has a similar starting price of $29,990. But it comes with a ladder-frame chassis and a gravel-only four-wheeldrive system, so the odds are already against it.

The Actyon might be slightly smaller than most rivals, but it waddles into showrooms at almost 1900kg, 435kg heavier than the Nissan X-Trail. You can't hide that amount of pork, especially when the Actyon makes do with small, recycled four-pot Mercedes-Benz powerplants.

You might remember the 2.3-litre petrol four that arrived in the mid- 1990s. It's smooth and quiet, but overwhelmed by the Actyon's bulk. The more modern 2.0-litre commonrail turbodiesel does a better job of propelling it, thanks to 310Nm, although the turbo can take a while to spool up. The standard transmission is a five-speed manual, adapted from an old Merc 'box, and there's also the option of a four-speed automatic, which isn't too shabby.

Unlike the constant or on-demand all-wheel-drive systems of its rivals, the Actyon is equipped with oldfashioned part-time 4WD. It drives the rear wheels full-time, with a dashboard button to engage and disengage front drive when the driver desires. Combined with a rear limited-slip diff, it works well enough in the dirt but isn't designed to be used on tarmac — which rather limits the Actyon's aspirations.

The Actyon has a double wishbone at the front, while the rear set-up uses coil springs and a solid axle — as you might suspect, it handles more like a truck than a refined SUV. There is bodyroll through the twists and turns, and minuscule bumps that most vehicles wouldn't even notice cause constant niggles.

The wildly sloping hatch and incredibly tall cargo floor mean there is actually little cargo space — not ideal compared with its rivals. Loading anything is a pain, as the cargo floor is higher than an adult male's waist. At least there's ample head and leg room in the cabin for four adults — but only the little people should be considered for the small centre-rear seat.

The Ssangyong is surprisingly quiet and interior quality is good, with only one mismatched dashboard section spoiling what could be mistaken for Japanese levels of fit and finish. Equipment levels are on par, although electronic stability control and side airbags are not available for the base petrol or diesel models — side airbags only come with the petrol Limited ($36,990), and are not available at all for the diesel.

It might be a reasonable off-road warrior, but as a compact SUV, the misguided Actyon just doesn't quite make the cut. 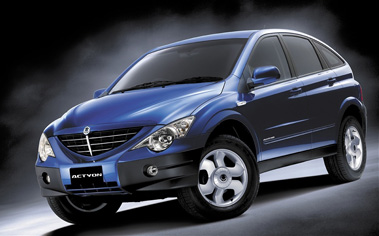 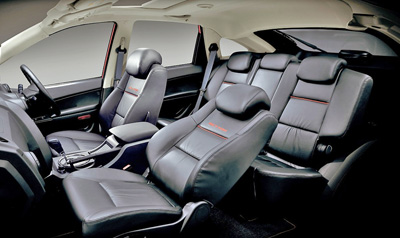