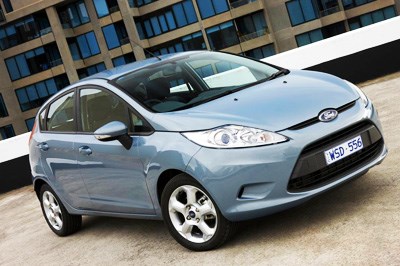 Let's not get caught up in the light car stereotype, which dictates that small cars are merely shopping trolley urbanites, ever consigned to mundane duties and designed as bait for Daddy's little princess begging for her first car; cheap, safe and economical. Indeed much of the light car brigade - Mazda 2, Renault Clio, Suzuki Swift, and the old Fiesta and Barina - has provided genuine driving enjoyment in light, chuckable, pint-sized packages for many years.


Ford's all-new Fiesta, however, isn't just fun to drive - it's a genuine driver's car. And as the first-born child of Ford CEO Allan Mulally's 'One Ford' campaign, Fiesta doubles as not only an all-new model, but one very important Ford.

Approaching the Fiesta for the first time, in Wheels' carpark burrow, it's the smallest details which impress first. Unlock the car, via the folding key fob, and the headlamps glow to life, the side-mirror mounted blinkers flashing appropriately. Arriving at the driver's door, one can't help but admire the deeply-etched side character crease, then be impressed by the solid, quality weighting of the door itself. The interior plastics may be a tad mismatched, and it can't match a Honda Jazz for seat-folding smarts, but in our mid-range LX there's even front footwell lamps and a perfect-sized leather steering wheel with backlit audio and cruise controls.

Speaking of perfect, the (now electro-assist) steering certainly fits the bill. Sharp, linear, consistently weighted, brilliant. Indeed Ford has managed the almost impossible task of mixing effortlessly light weighting and a quick rack (2.6-turns lock-to-lock), with a real sense of connection and feel. As one colleague opined, "you wouldn't be unhappy with this steering in your sports car".

The old Fiesta was already the sharpest light car in the garage, and this new model continues its legacy. Like its Mazda 2 relative, there is a surprising resistance to understeer and minimal bodyroll. Push right to the limit, and the level of grip and poise is astounding for a little tike, although its non-switchable (optional) ESP does shut down proceedings a little earlier than you'd hope. Where the Fiesta really moves ahead of the Mazda (and most of its competitors) is with its damping. Whatever evil road irregularities are thrown its way, the Fiesta lopes along nicely, ever hinting at plushness, but always maintaining good body control. A bit like a Golf GTI, in fact.

New Fiesta's 1.6-litre Ti-VCT four-cylinder petrol engine produces 88kW and 152Nm, both class-leading outputs, and well up on the previous 1.6's 74kW/146Nm. It's a revvy, rorty little unit, and torquey when pulling from low speeds in taller gears. Teamed with a tight gearchange and feelsome clutch, and you have one thoroughly enjoyable drivetrain that complements the car's fab ride and handling to near-perfection.

Ford's confidence in calling new Fiesta "the most important new Ford since the Model T" can certainly be understood when driving its new darling child, and for $18,490 for this LX five-door model, it's an absolute steal. Only the sense that Fiesta isn't as well screwed together as its Japanese rivals may let it down. Otherwise, it pushes the light car game demonstrably ahead, and leaves that small car stereotype laying in dead waters. 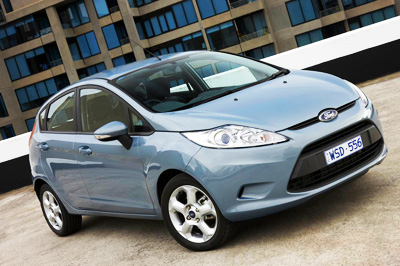 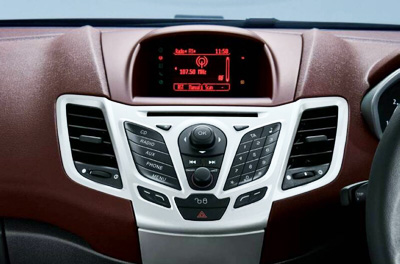 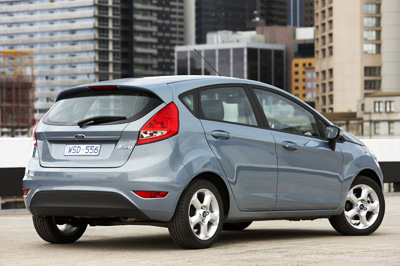