It’s not often the Golf R has company, but it’s a fairly apt sign of the times that the newest member of the loftiest order of Volkswagen’s high-performance family is SUV-shaped. The T-Roc R will join the likes of the BMW X2 M35i and coming Audi SQ2 in the ever-expanding performance crossover sphere.

Like its SQ2 and Golf R relatives, the T-Roc R is based on Volkswagen’s MQB architecture and makes use of the now ubiquitous EA888 turbocharged 2.0-litre four-cylinder engine. It develops the same 221kW and 400Nm as in its cousins, and it’s all deployed via a seven-speed dual-clutch transmission and Haldex clutch-based four-wheel drive system. Thanks to launch control, the T-Roc R sprints from rest to 100km/h in 4.9 seconds on to a limited 250km/h top speed. 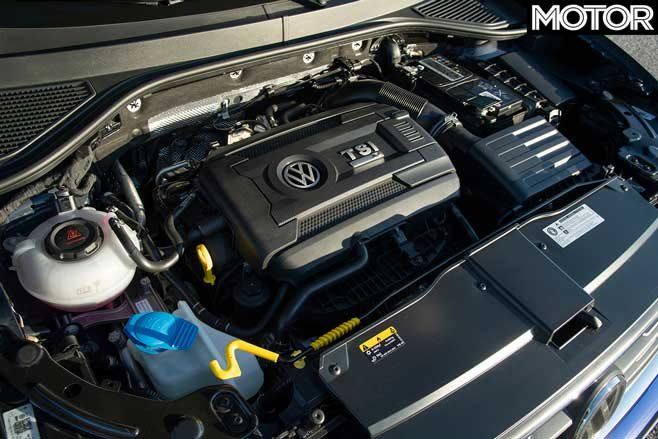 A new aluminium subframe helps facilitate a far sportier suspension calibration and the uprated 430mm performance brakes from the Golf R are thrown in as standard. Unlike the SQ2, adaptive dampers are available, while an Akrapovic exhaust can also be specified for an additional, overseas at least. Our test car had both, as well as the 19-inch ’Pretoria’ alloy wheels and 8.0-inch Discover Media infotainment system that will be standard fit if Volkswagen Australia gets its way and brings it here.

On the congested inner-city roads around Nice in the south of France, the T-Roc’s sporting pretensions are reasonably well masked, but still a long way from inconspicuous.

With the dampers in their middle setting, vertical body movements are kept tightly in check over lumps and bumps, but not to such an extreme extent that compressions force the wind from your lungs. The T-Roc is a little more compliant in Comfort mode, although it seems there’s no escaping the often violently loud thumps from the suspension as the wheels pass over smaller ruts and expansion joints. It’s certainly more liveable than an SQ2 or a BMW X2 M35i, though. 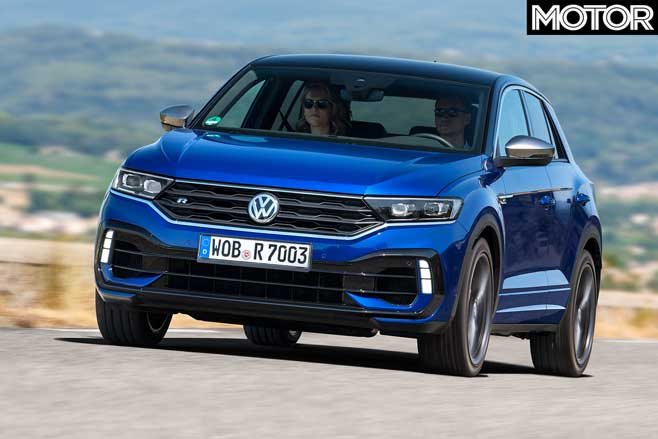 Breaking out of town, we begin a hard charge up the technical mountain roads that lead to Col de Vence. With everything set to Race mode, the T-Roc R proves brutally effective. The DSG gearbox’s tendency to be caught out is minimised and the EA888 engine is as heavy-hitting as ever. More than anything, though, it’s the levels of lateral grip the T-Roc R is capable of generating that impress most.

It corners incredibly neutrally, with its 4Motion four-wheel drive capable of effectively eliminating understeer entirely. Turn the wonderfully weighted, precise steering wheel and the front end bites in towards the apex hard before the rear end digs in to slingshot you out the other end.

Any meaningful hip wriggling is clinically choreographed out of its cornering routine, but the tenacity with which it clings to tarmac has an appeal all of its own. And although you’re aware of a heightened level of body roll through fast sweeping bends, it’s not so prevalent as to detract from the otherwise highly enjoyable process of driving this car fast on a fantastic road. 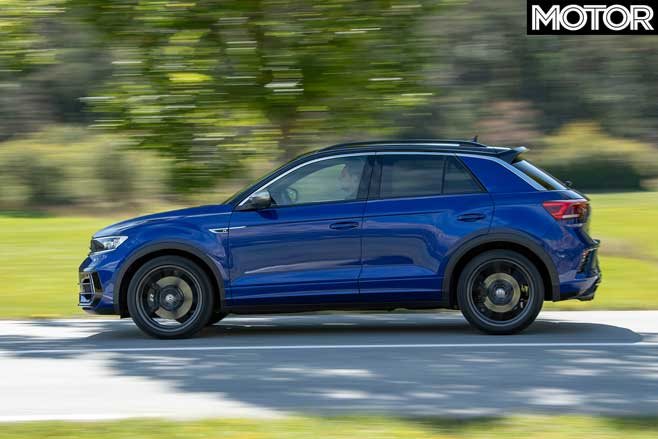 That said, the driving environment itself is a bit of a let-down. The hard interior plastics that were acceptable in lower-grade versions of the T-Roc feel drab and out of place in a performance model. An X2 M35i feels far classier in this regard, as does an SQ2 – albeit to a lesser extent.

Practicality is good, though. There’s enough room for taller passengers to sit in reasonable comfort in the second row, while its 392-litre boot betters the Audi’s (355 litres), if not the BMW’s (470 litres).

Based on our brief test drive in France, it seems fair to conclude that, as an overall package, the T-Roc R trumps both the SQ2 and X2 M35i. 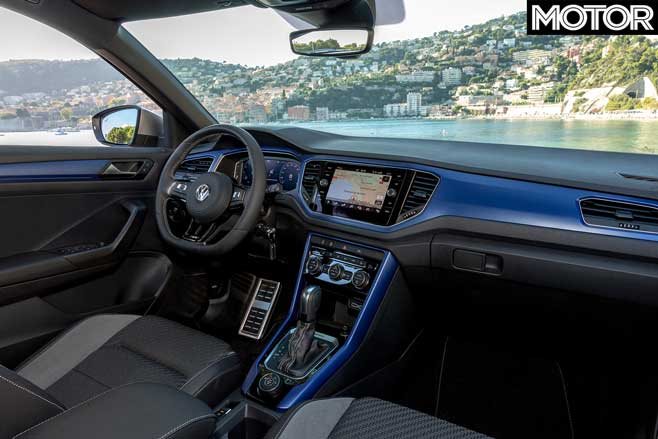 A local drive will provide the acid test, but this VW seems to ride considerably better on its adaptive dampers than its Audi and BMW rivals and it gives nothing away for sheer cross-country pace or engagement.

Dare I say it, this might even be the first time where the adage of ‘just buy a Golf R instead’ doesn’t apply. 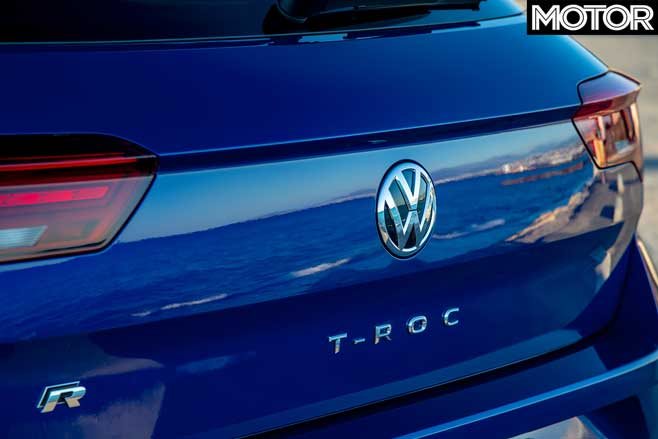 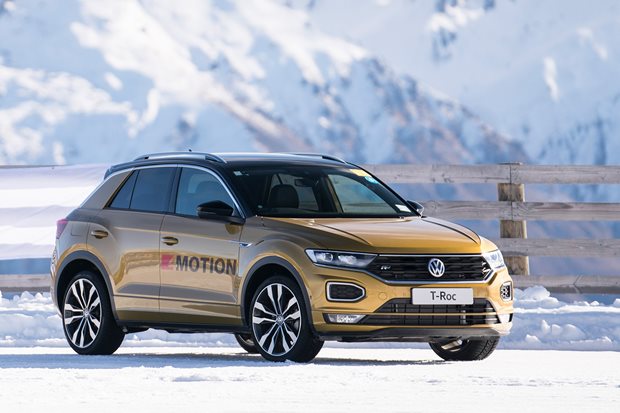 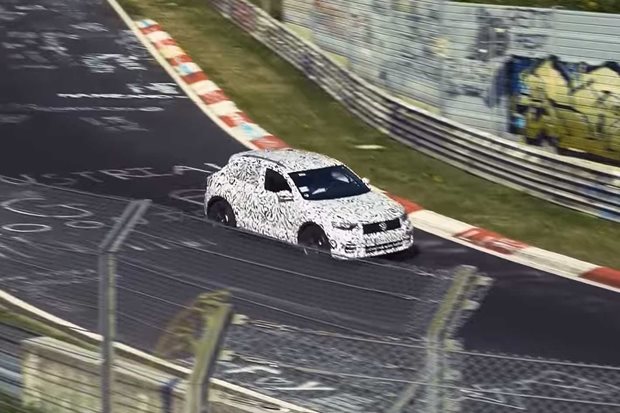 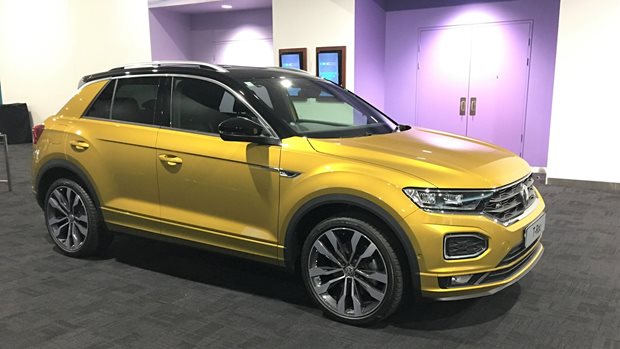 Volkswagen T-Roc and T-Cross shown off in Australia

VW’s new small SUV hopes have made their Australian debut, but they won’t arrive for another 12 months 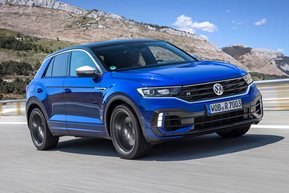 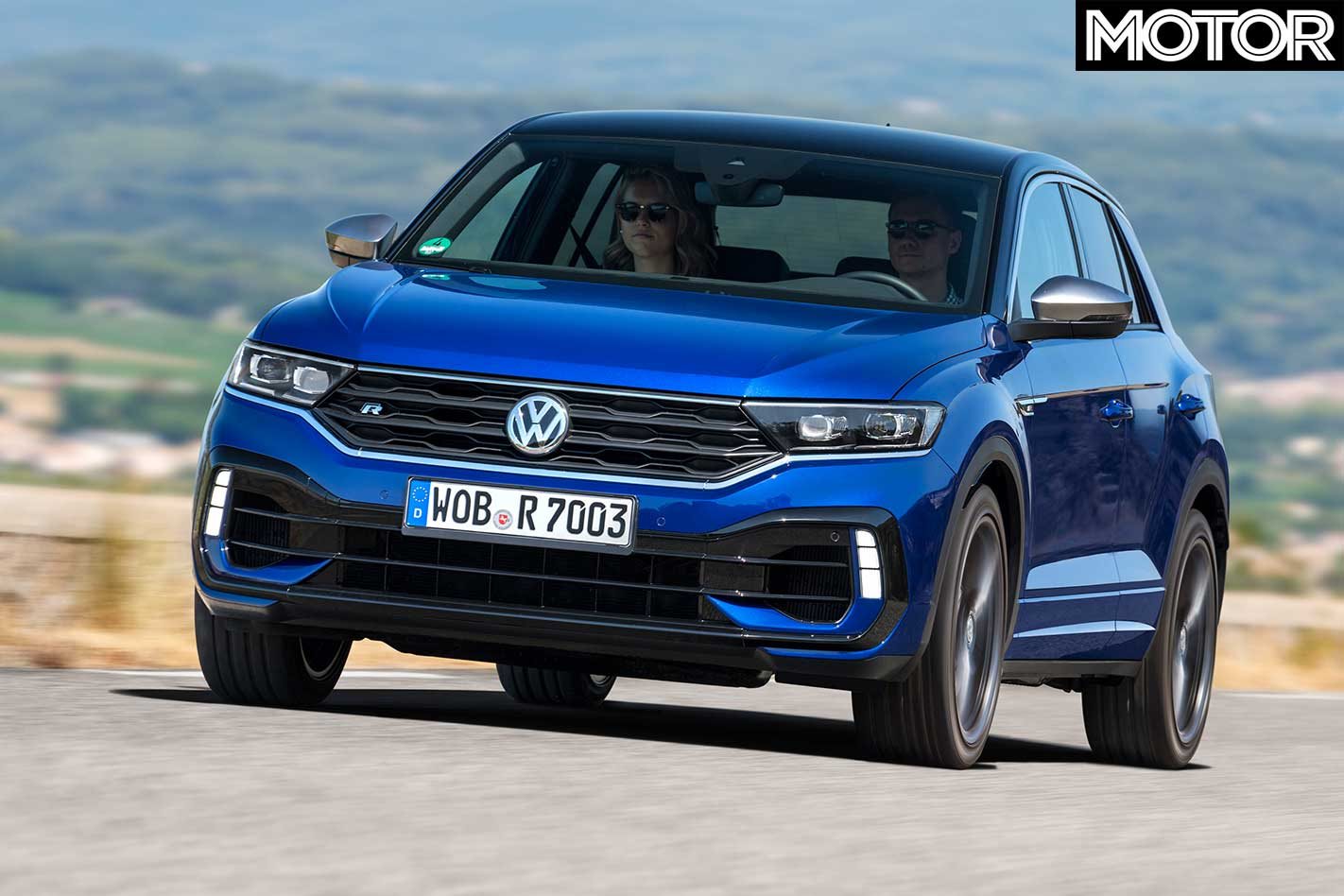 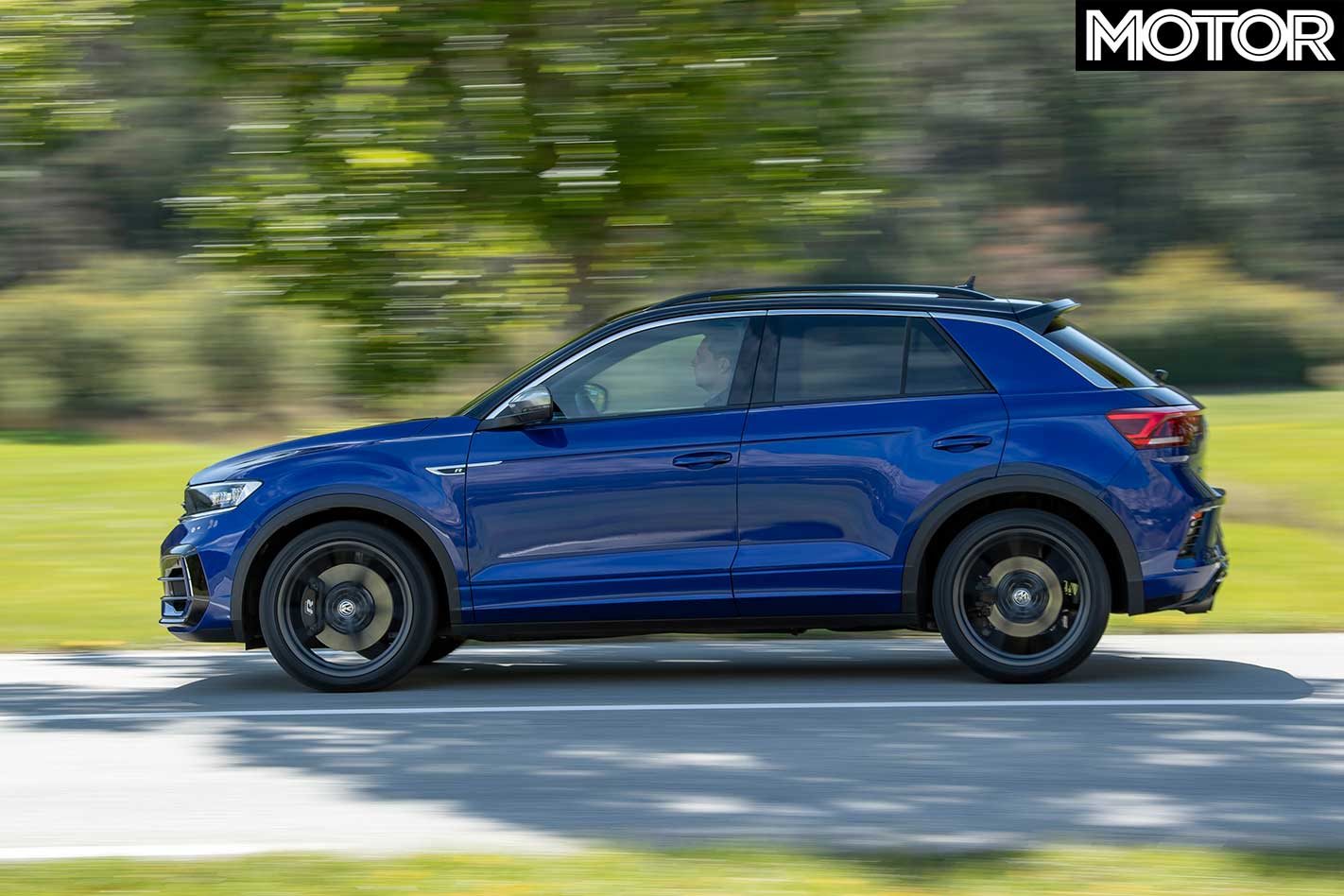 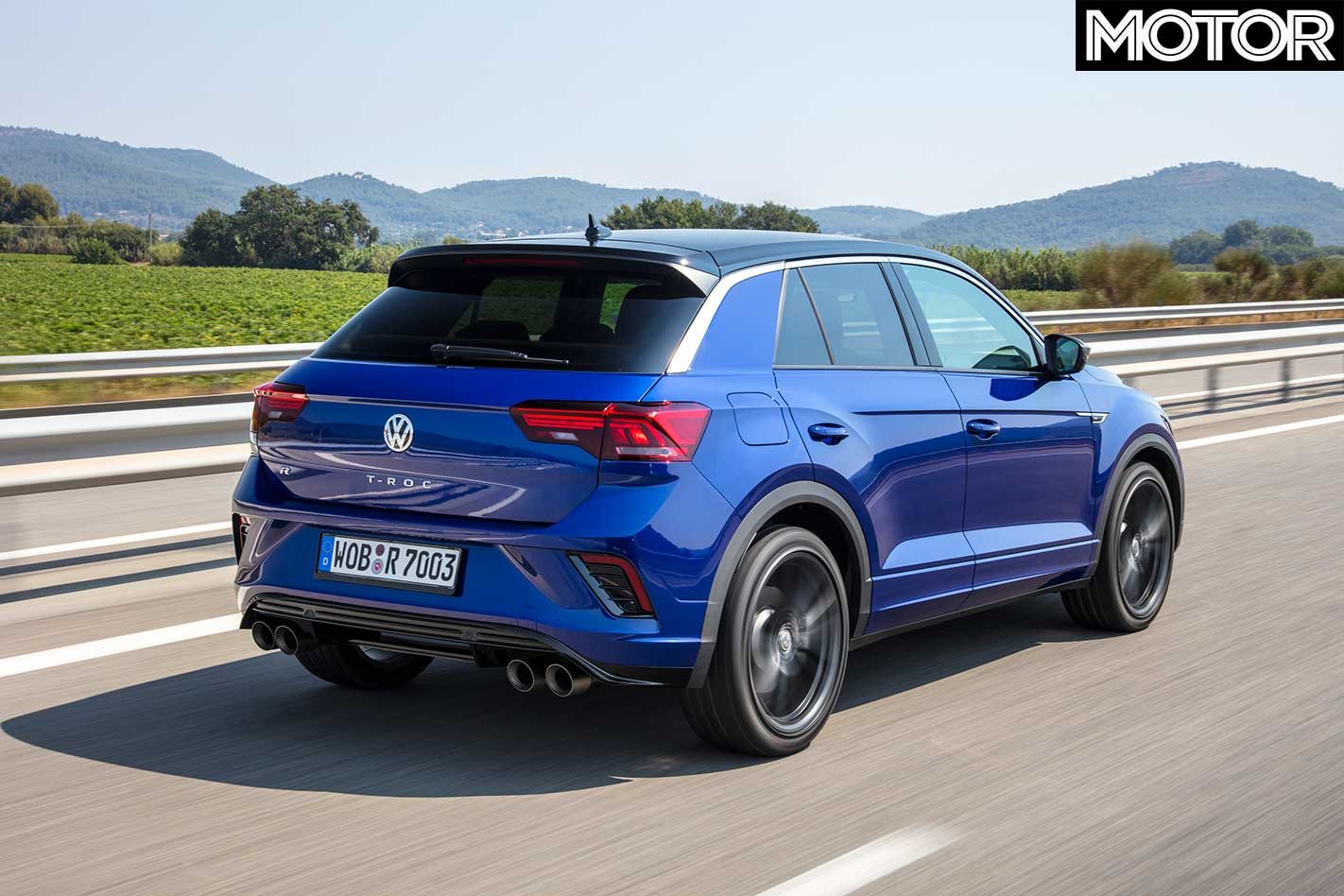 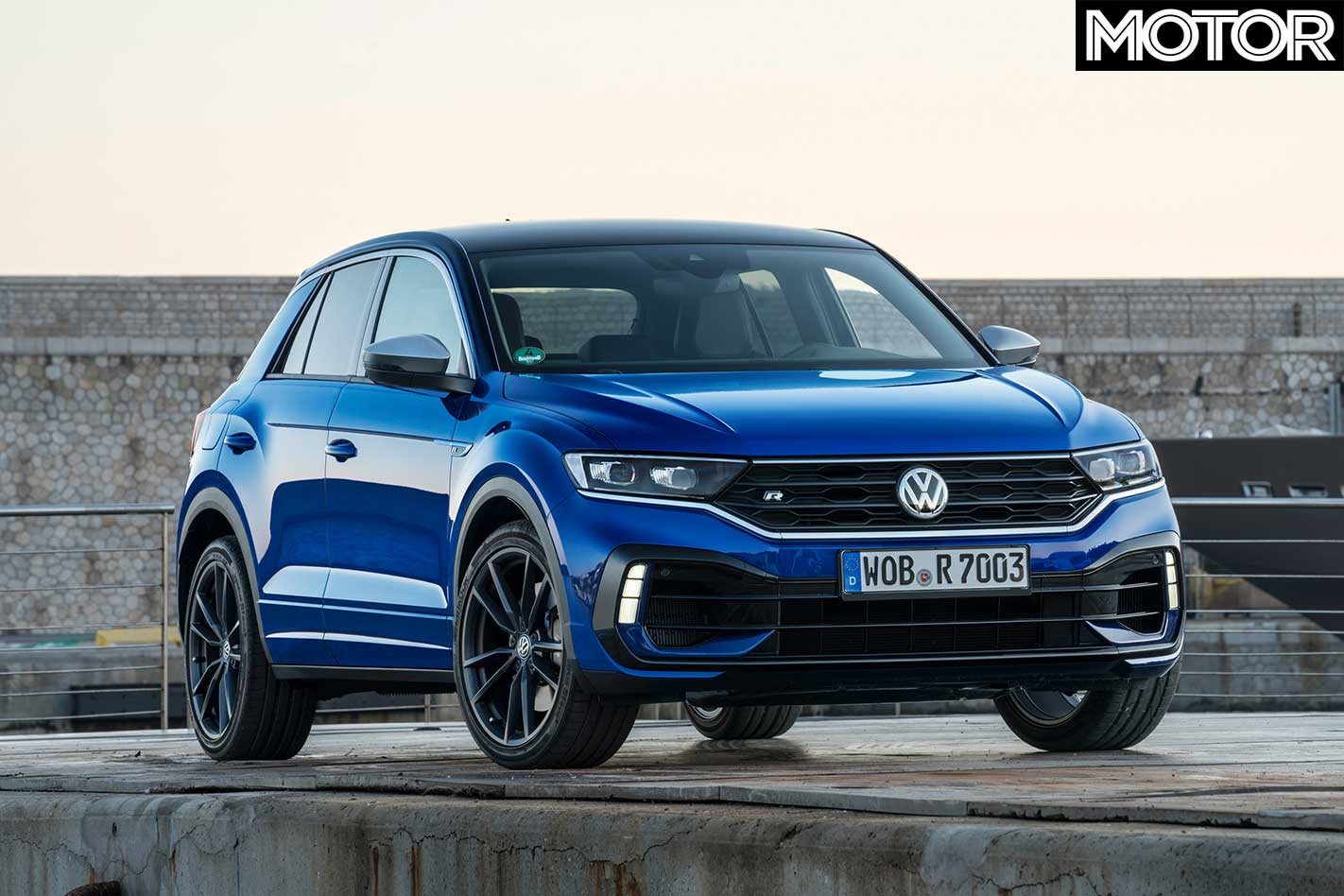 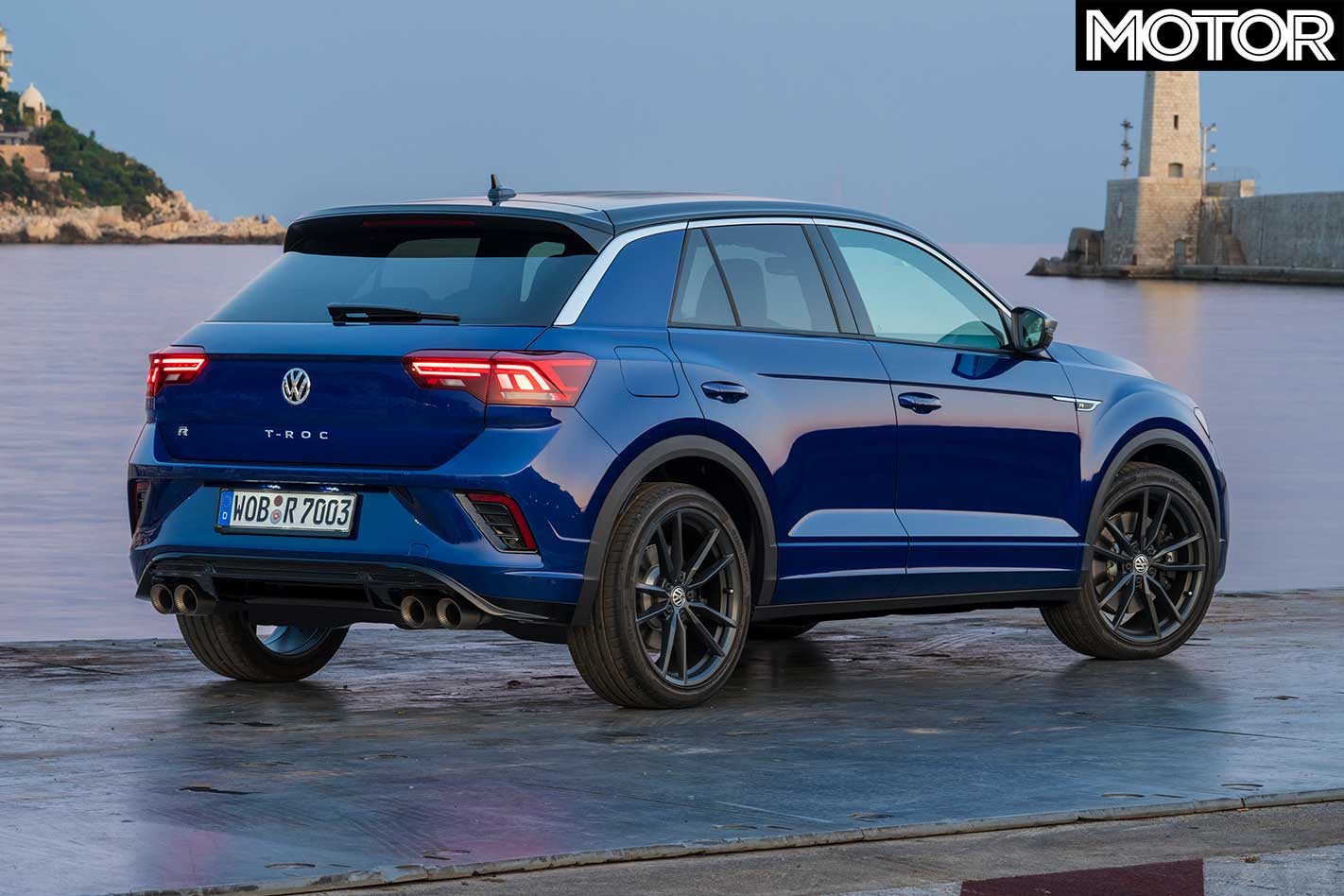 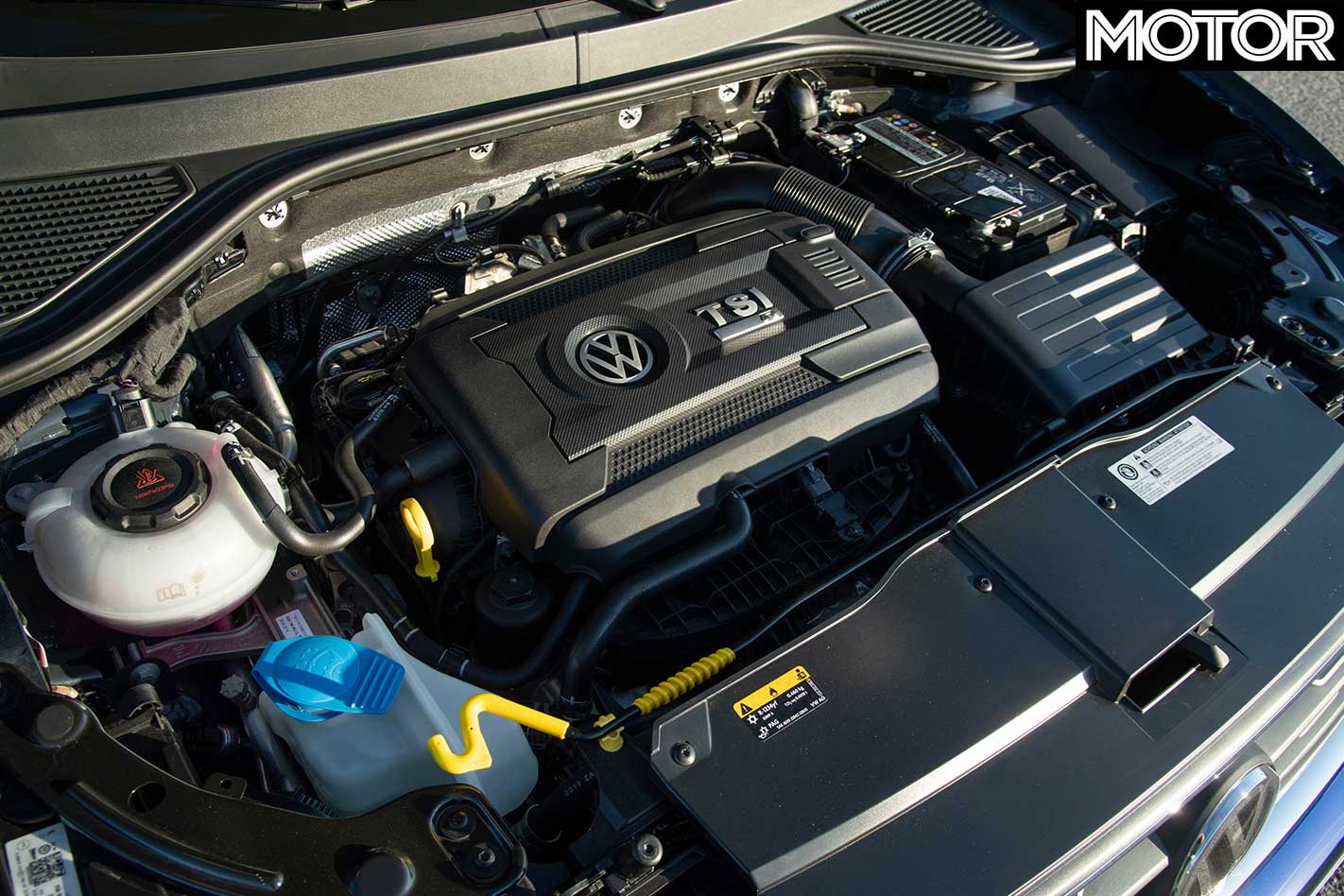 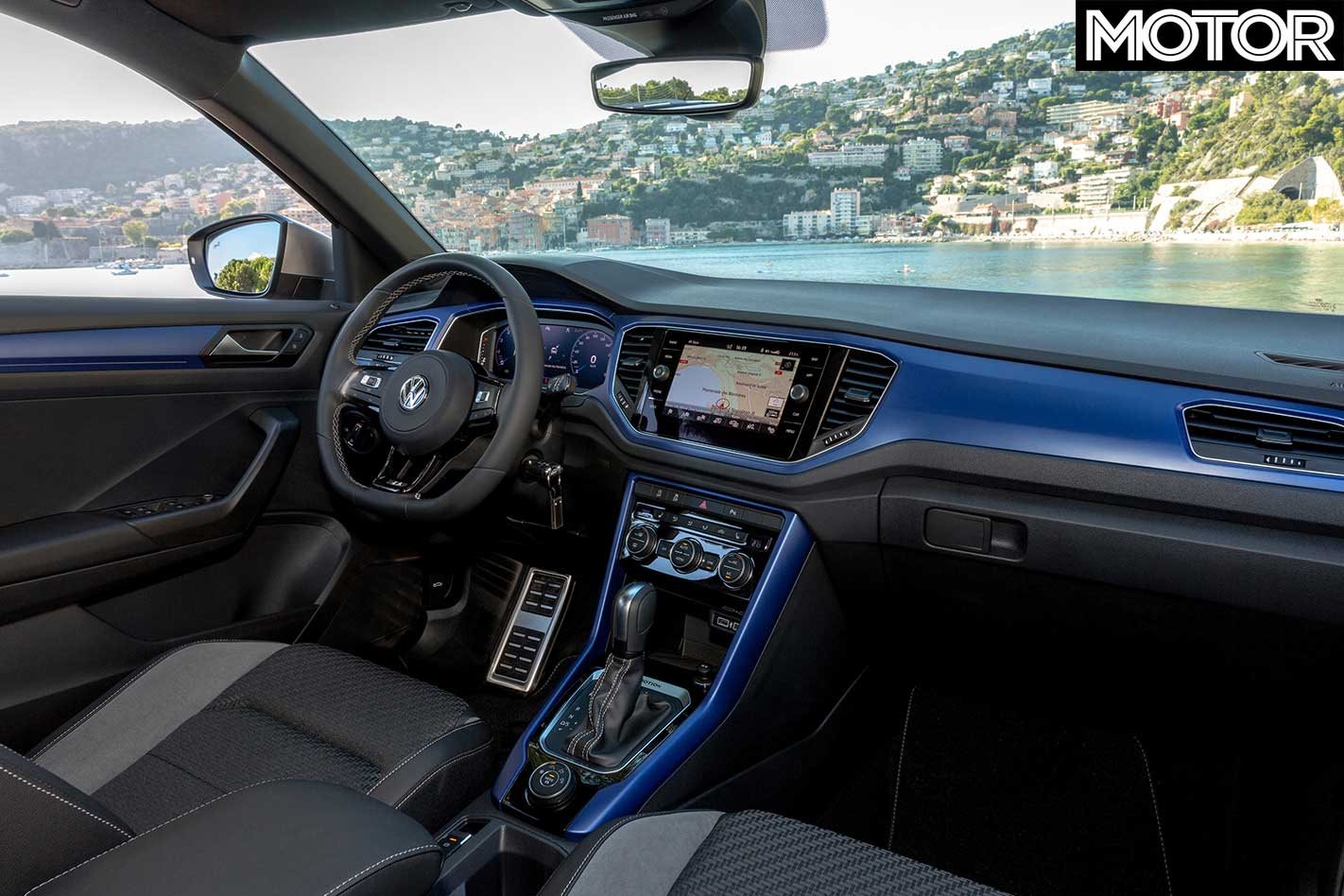 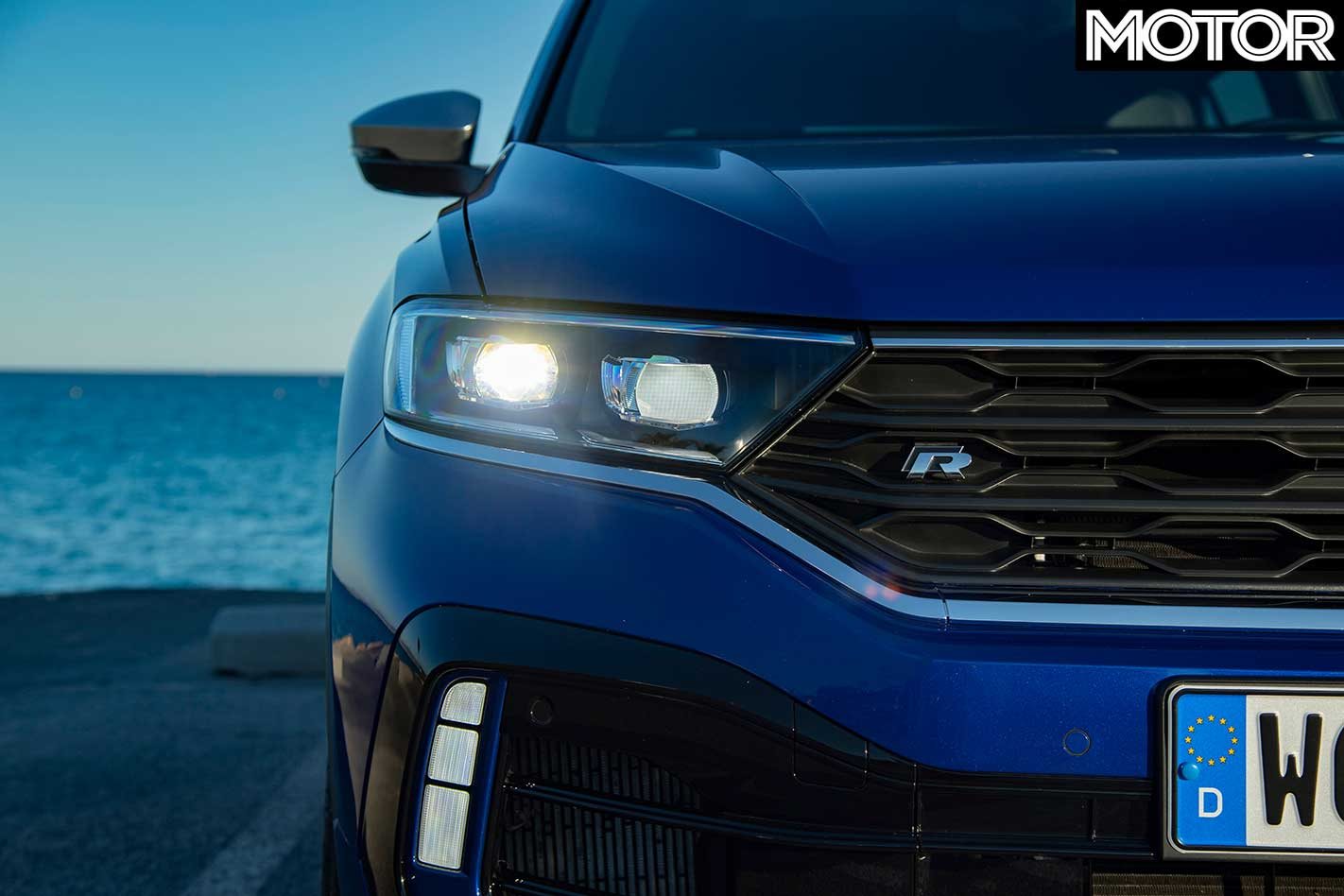 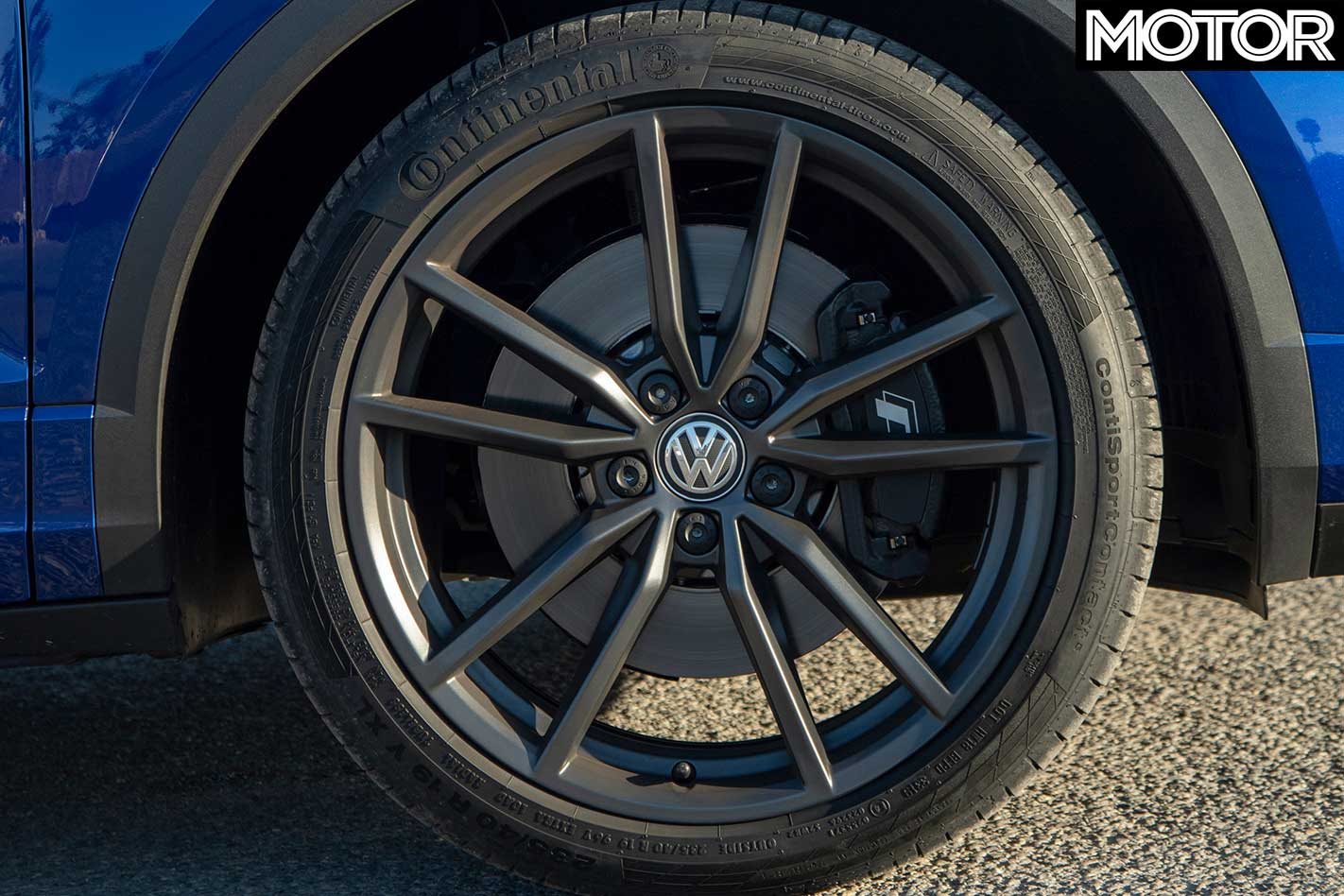 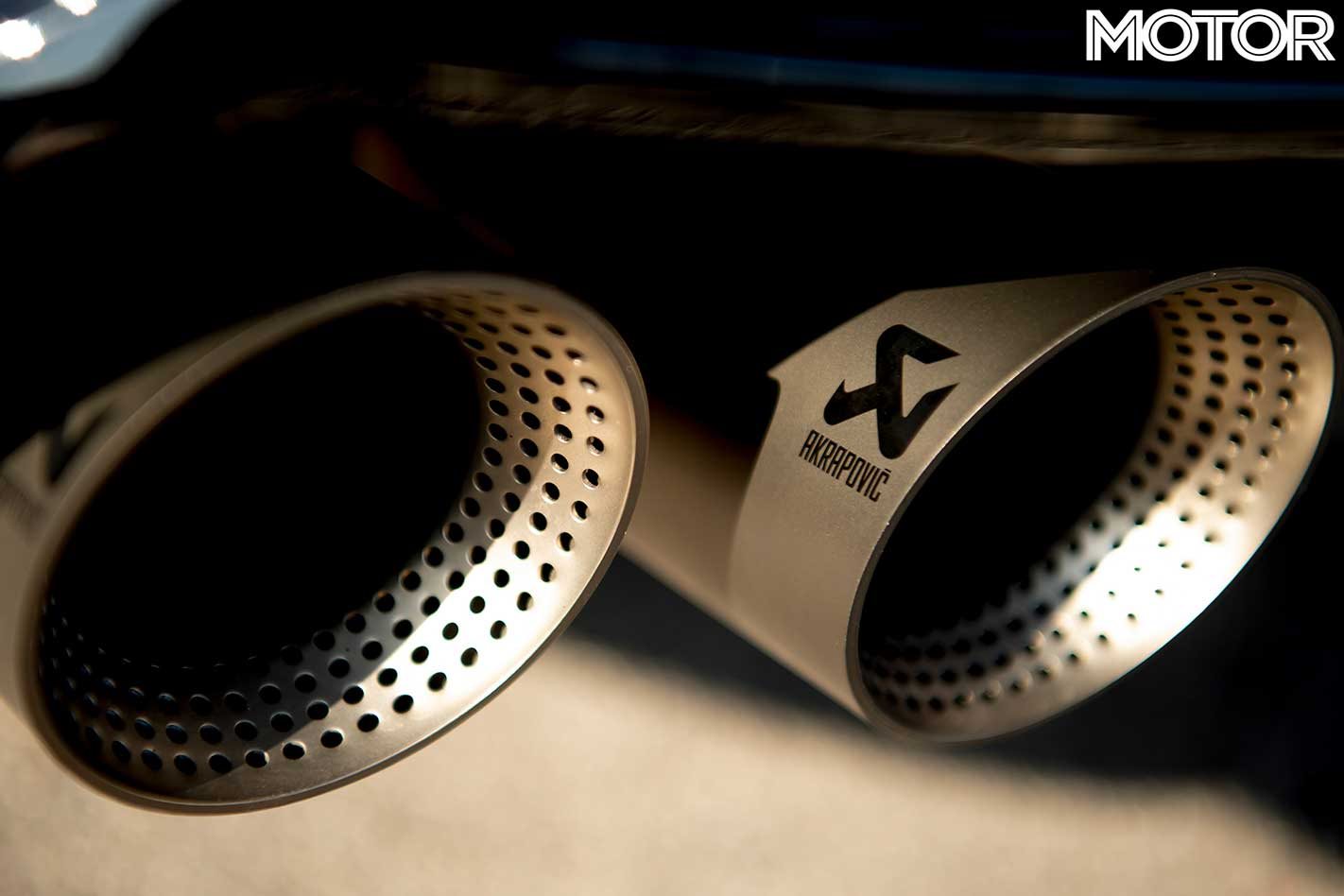 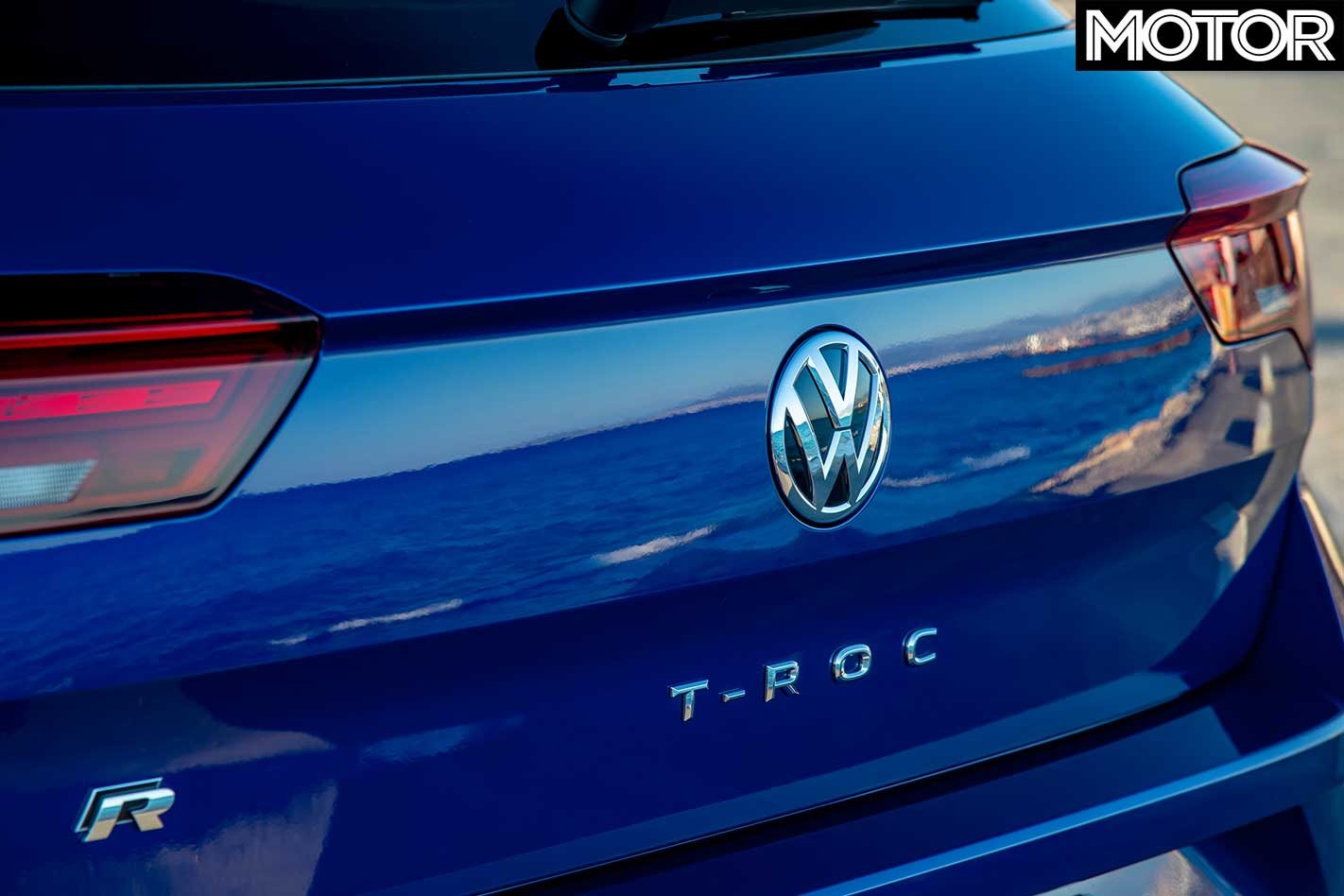 1 / 11 It hasn’t been confirmed for Australia as yet, but Volkswagen is keen on what is arguably the best performance crossover yet