Here’s some things you didn’t know about the third generation of Hyundai’s popular hatchback.

There’s a new version of the Hyundai i30 on the way. Scheduled to arrive in Australia in late April, the third-generation of this small hatchback aims to be even more popular than the car it replaces. Slightly larger, but way better looking inside and out, the new i30 will also bring a major upgrade in infotainment and driver-assist tech with prices likely to be a little higher than for the current car.

1. Maybe you already knew that ‘Cascading Grille’ is Hyundai’s name for the feature that dominates the face of the new i30. But where did the idea come from? It was, according to Hyundai, “inspired by the flow of molten steel”. 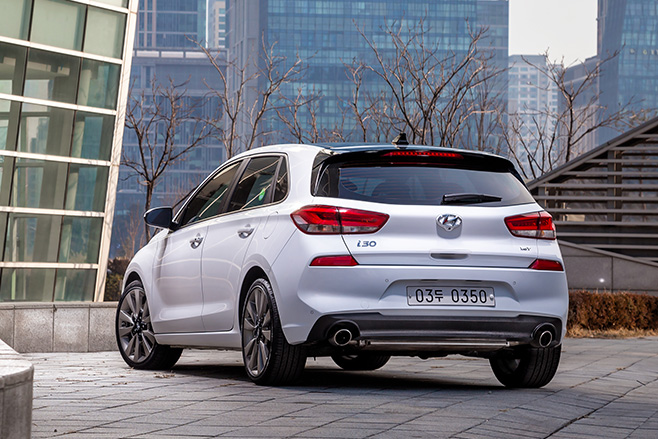 2. The new i30 was designed in Europe, although the cars headed for Australia will be manufactured in Korea. One of the specific objectives of the design team based in Germany was to improve rearward vision compared to the previous model.

3. Exactly 314 pieces of stamped steel make up the core structure of the new i30, or ‘Body In White’ as it’s called in car industry jargon. There were more than 400 in the model it replaces. Fewer pieces bring improvements in assembly accuracy, stiffness, and strength. Better handling and lower noise levels are among the benefits claimed by Hyundai.

4. The 395-litre boot of the new i30 is bigger than a Volkswagen Golf. Hyundai’s engineers aimed to match the German car in many areas, but in some they were able to do a little better. 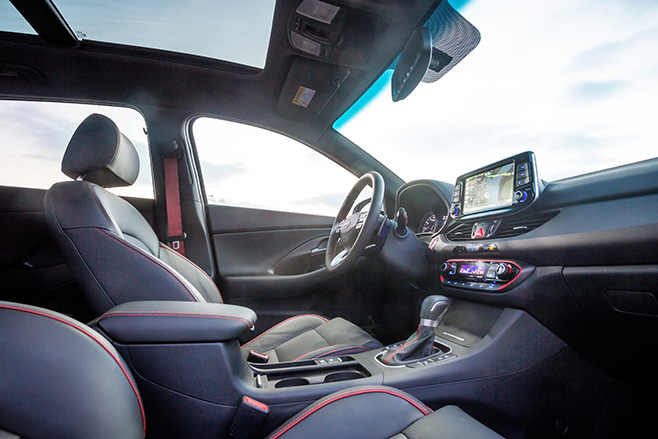 5. Australia is the biggest market in the world for the i30, according to Hyundai Australia execs. Last year almost 38,000 were sold here. That’s enough to have the Hyundai snapping on the heels of the Toyota Corolla and Mazda 3.

6. The centre armrest of the new i30 is precisely 35mm higher and 28mm longer than in the old car. The changes make it possible for drivers to comfortably reach the shift lever while using the armrest.

7. Floating, tablet-style central touch screen is a stand-out feature of the completely new instrument panel. Upmarket models should get a larger 8-inch screen. All models will come set up for Apple CarPlay and Android Auto.

8. The least costly versions of the i30 will have a 2.0-litre four like the current sporty SR models. The new SR will move to a peppy turbocharged 1.6-litre four. For high-mileage efficiency enthusiasts there will be a turbo diesel engine, using an improved version of the current car’s 1.6-litre engine.