Sometimes five just isn’t enough, which is why seven-seat SUVs are now increasingly common among families who don’t necessarily fill all seven seats regularly but want the flexibility.

Two- and three-kid families often gravitate to SUVs with a third row just in case a friend (or two) needs a lift. And just in case some family members pull the Uber card on you.

Key to the appeal of seven-seat SUVs is design, something that inevitably compromises interior space.

Some do a better job than others of accommodating luggage and people; this is a category where our fit-for-purpose calculations play a key role in penalising those that don’t perform both duties adeptly.

It’s also a category that accommodates predominantly car-based SUVs from mostly Asian brands, but there’s also a healthy smattering of off-roaders that provide the platform to dream of that Big Trip while performing the school-run duties during the week.

Plumping a third row of seats into a mid-sized SUV is naturally going to have its compromises, but the Honda CR-V VTi-7 juggles them better than any. 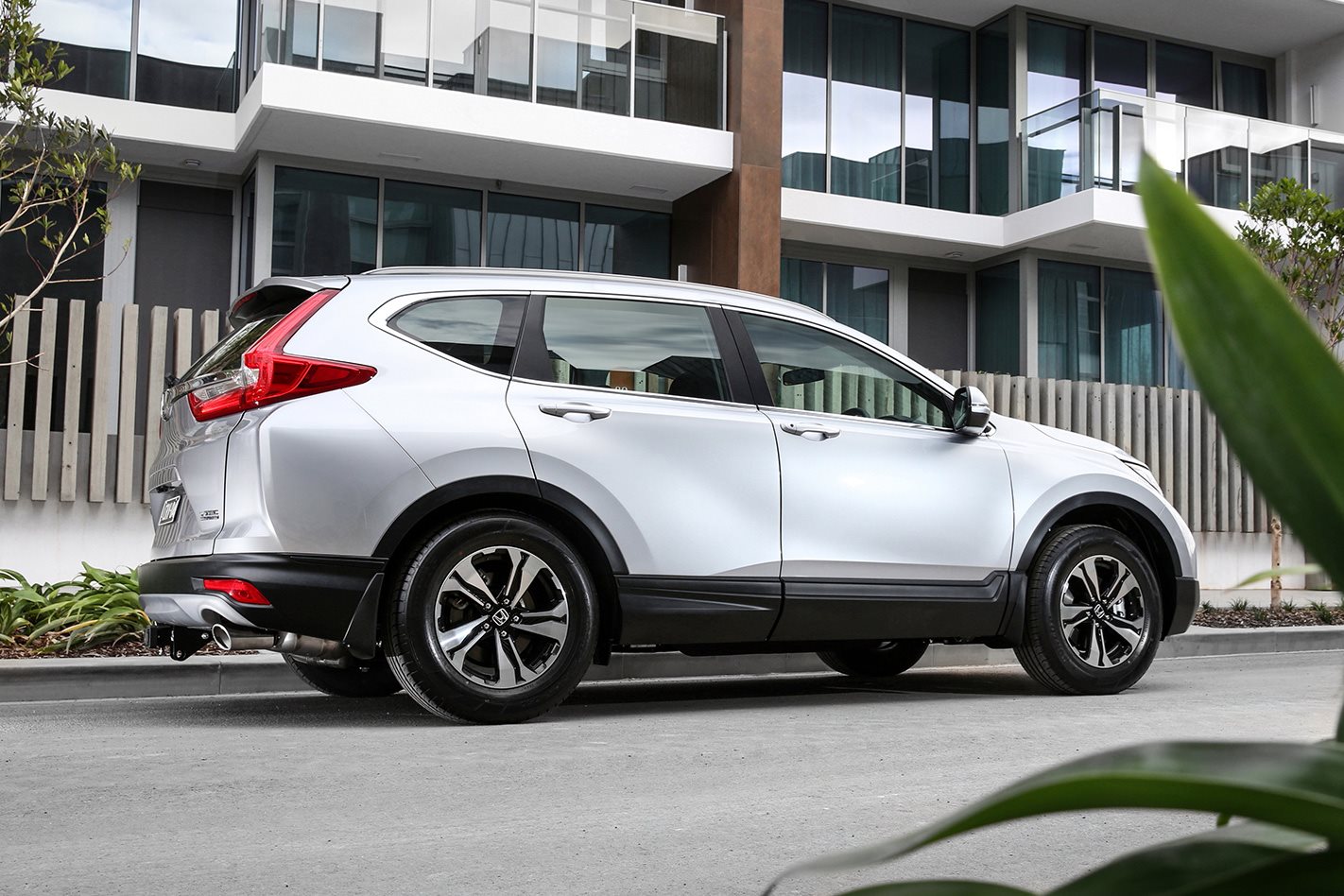 Before crunching any numbers the seven-seat CR-V was hit with penalty scores, particularly in the fit-for-purpose category.

With less interior space than larger rivals it simply won’t carry as much luggage once all seven seats are in use.

But it can carry plenty of people, even if that very back row is best left to the little ones. There are even air vents to circulate fresh air back there. 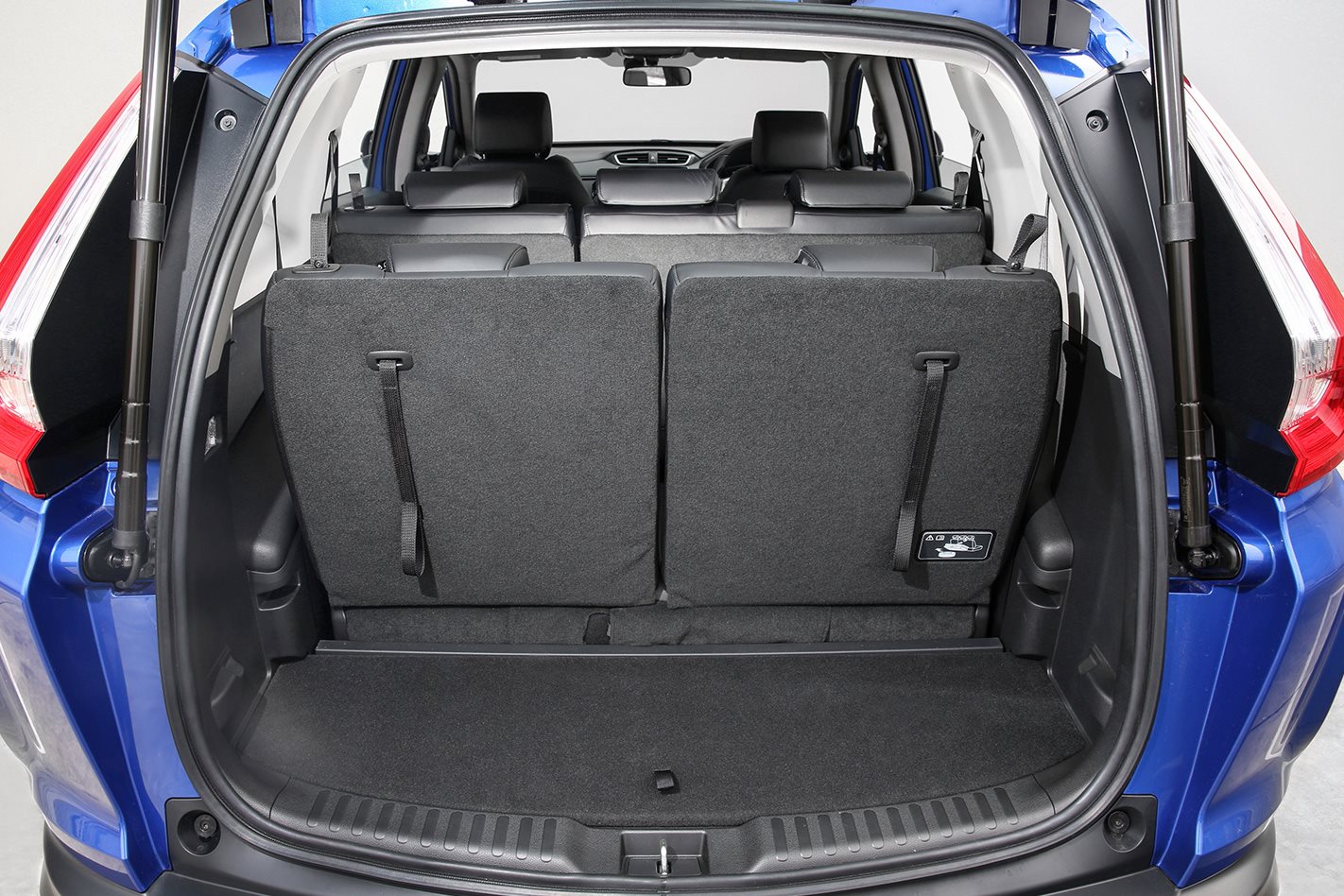 And the CR-V delivers that with a thoroughly tempting $35,490 price tag, one that also promises to hold its value nicely courtesy of 64 percent five-year resale prospects.

Those two factors account for plenty of the CR-V’s goodness in topping our charts.

And while all seven people will be moved by just 1.5 litres of four-cylinder engine, the addition of a turbo means the CR-V delivers on performance.

Mated to a CVT transmission that quickly adjusts according to what the driver is demanding it makes for perky acceleration.

If it’s space you’re chasing then the Kia Sorento delivers on value. 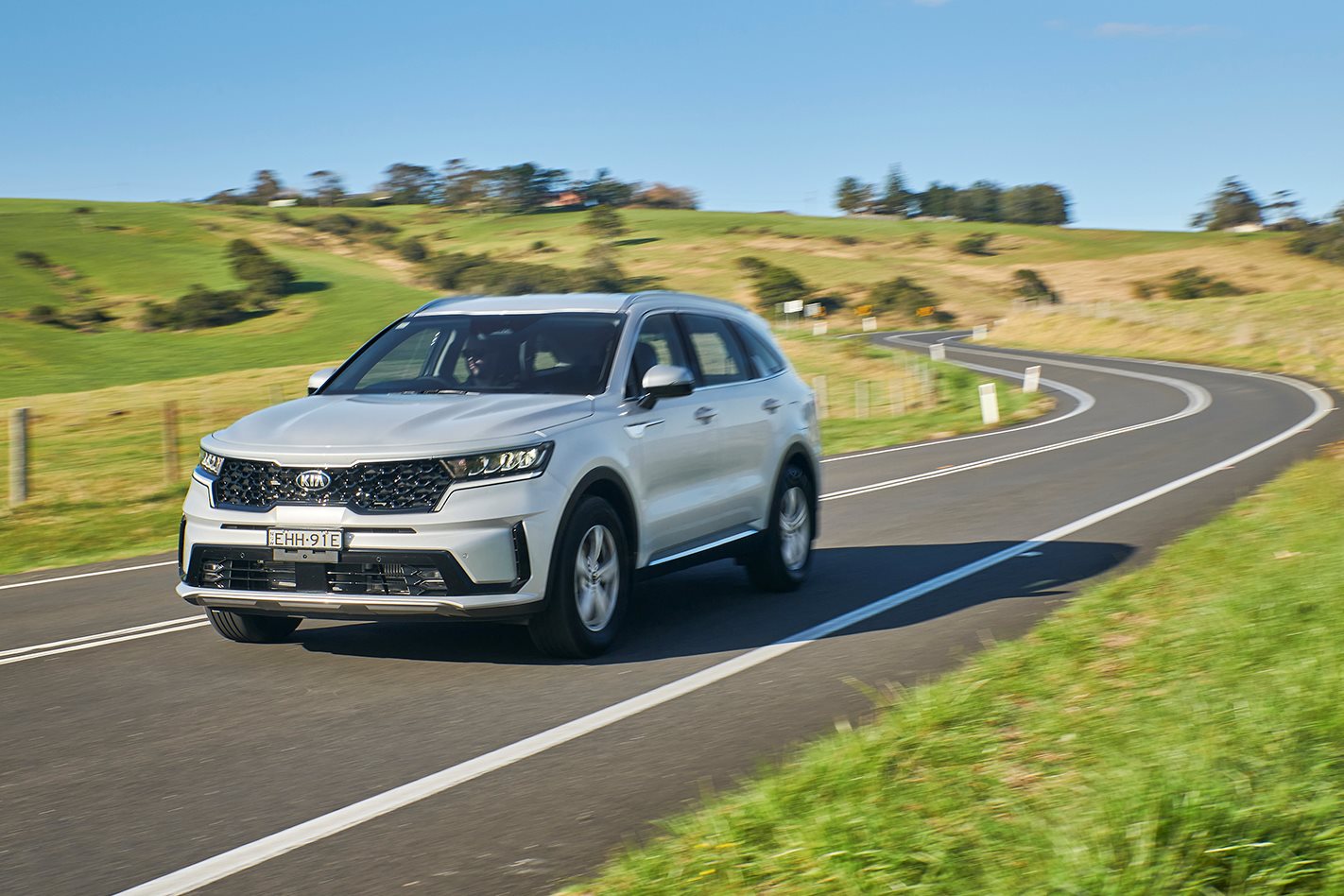 It’s officially a large SUV so does a better job of catering for seven adults (or lanky teens) than our category winner.

Those additional millimetres also means there’s a sizeable luggage cavity for the times you’re only taking five. At $43,990 for the most affordable Sorento S it’s a lot of SUV for the spend.

The still-fresh Sorento also comes loaded with gear, including blind-spot warning and auto braking, as well as excellent connectivity.

There’s the occasional oversight – no airbags or air vents to the third row, for example (more expensive models address the latter of those) – but it’s generally very well appointed.

No qualms with performance, either, although the basic 200kW 3.5-litre V6 uses plenty of fuel around town, mainly because you need to rev it harder than the optional diesel to get things moving enthusiastically.

The seven-year warranty also doesn’t hurt in making it appealing to used-car buyers once you’ve had your family fun, with decent 56-per cent forecast resale.

Sharing many mechanical components with the second-placed Sorento, the Hyundai Santa Fe at least deserves the comparison. 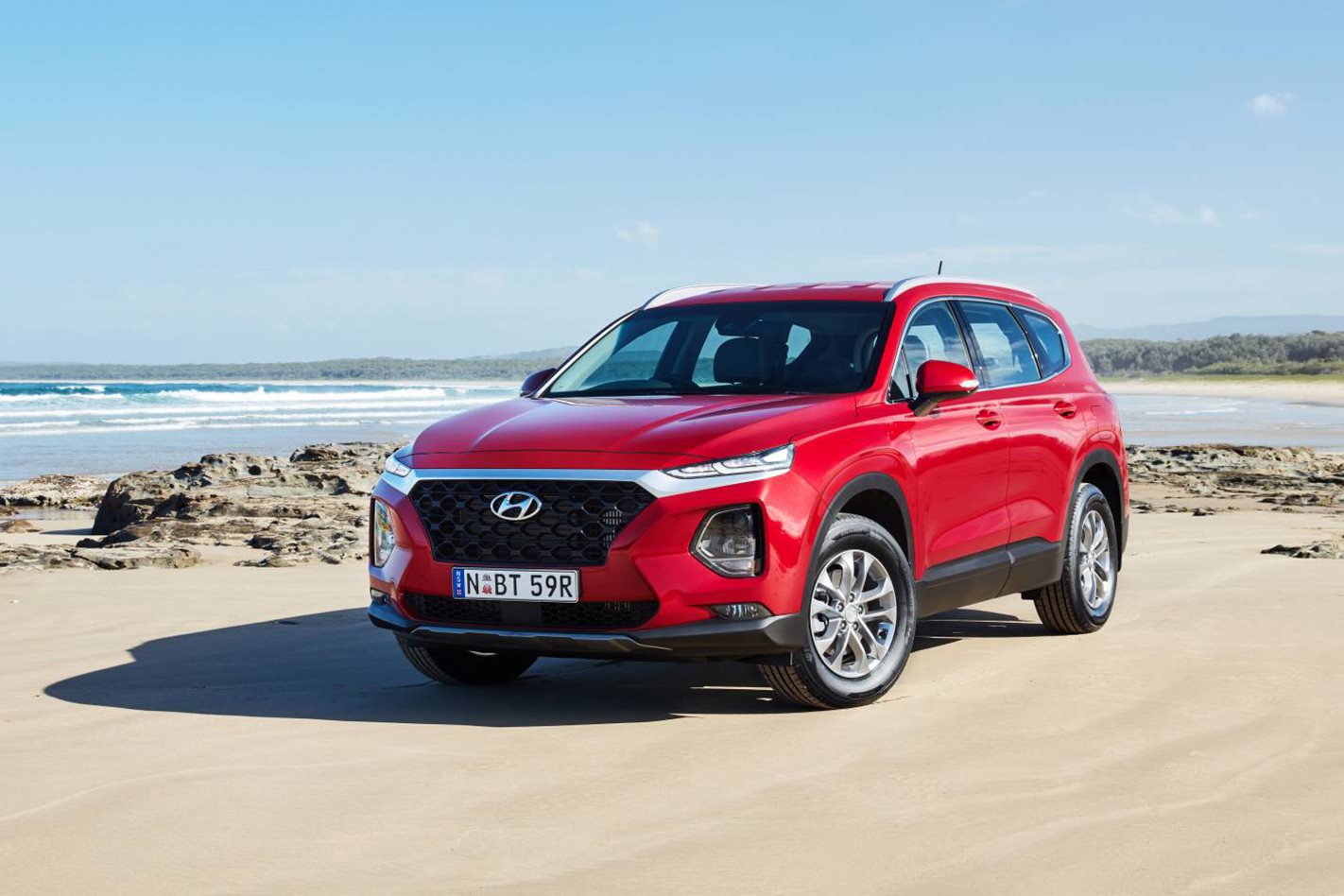 More than that, it deserves serious consideration because it was only edged out by the narrowest of margins.

It also does so using more fuel, something that hurt its value rating over our five-year period.

A comprehensive active safety package – including active cruise, blind-spot warning and auto braking – is the start of a long list of gear, albeit one missing digital radio tuning. 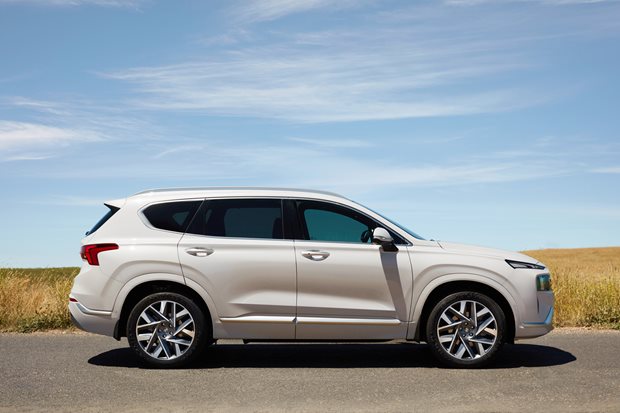 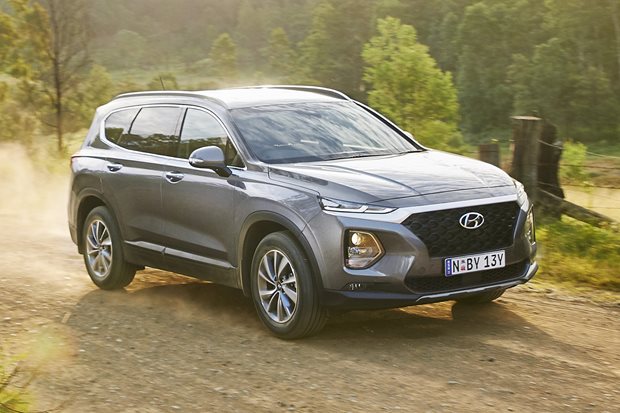 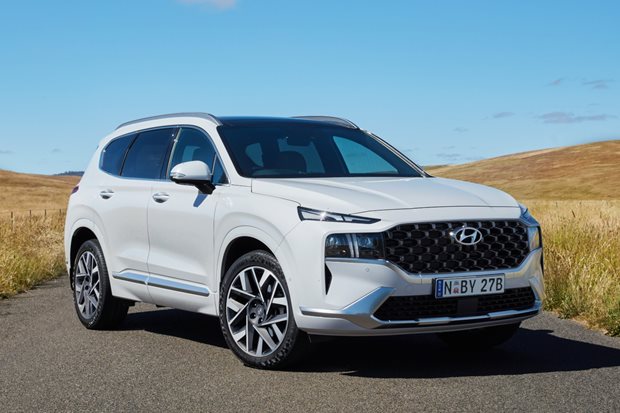 Facelifted Hyundai Santa Fe delivers comprehensive enhancements across the board