Modern small cars aren’t so small anymore. They’re not always so simple, either, with many offering luxury trimmings and advanced drivetrains for those who want the tech and luxury but don’t need the space of a bigger car.

It’s a category made up of some of the stalwarts of the new-car market, familiar names providing more features and better value than they ever have.

New players are also showing their face, hoping for a slice of what is still a significant (but declining) segment of the Australian car market.

While manual transmissions still exist, many small car offerings don’t bother anymore, indicative of a shift towards suburban driving ease. For that reason, it’s the autos we focused on here.

It’s arguably the best-known Toyota on the road, one that’s been soldiering on for twelve generations and more than half a century. And now it’s the Hybrid version that is the best value of the Corolla line-up.

A relatively fresh addition to the range – the first Corolla hybrid arrived in 2016 – the Hybrid is now a big volume player. Our numbers demonstrate why.

Yes, you’ll pay more to get into a Corolla Hybrid compared with a petrol-only version – it’s a $1500 premium, the Hybrid starting at $27,395 – but the Hybrid is marginally cheaper to insure and uses a lot less fuel.

The fuel equation changes between hatch and sedan, too. In sedan form the Corolla Hybrid uses a claimed 3.5 litres per 100km, 17 per cent less than the identical drivetrain in the Hybrid hatchback.

That’s because the sedan gets skinnier 15-inch tyres versus the grippier 16s on the Corolla Hybrid hatch, one of many efforts to position it as a fuel leader in its class.

There are downsides: the sedan isn’t as fun to drive on winding roads, but it will save dollars when it comes time to top up. Hence its victory in our value awards.

With Apple CarPlay and Android Auto and the safety of autonomous emergency braking and blind-spot monitoring, it’s a lot of small car for not much outlay.

But key to the Corolla’s success here is its 64 per cent predicted resale value.

It’s an impressive number and one that means you won’t go far backwards after five years of ownership.

Some of that used-car appeal can no doubt be traced back to the rich heritage of a car that has long flown the Toyota flag.

Corollas have long ticked the reliability and practicality boxes beautifully, but they haven’t always been particularly enticing to drive. That stepped up a few gears with the latest iteration that arrived in 2018.

While the Corolla hatch has a disappointingly compact boot and tight-ish back seat, it partially makes up for it with a zingy 2.0-litre four-cylinder engine and an innovative CVT transmission; it pairs a traditional first gear with a CVT to get rid of that rubber-band-like feeling traditional CVTs can have from a standstill.

It’s also competent through corners, the focus on driving enjoyment during the vehicle’s development clear in the finished product. Throw in a generous list of equipment – including good smartphone connectivity and an 8.0-inch touchscreen – and the Corolla continues to impress.

If you enjoy driving, the Corolla Ascent Sport hatch is nicer than the Hybrid that beat it to the value gong – mainly due to tyres.

Instead of rubber focused on reducing fuel use, the regular Corolla hatch gets more grip for crisper steering and a more engaging experience overall.

But most of all the entry to the Corolla range is terrific value, even with a circa-$1000 price creep since it first arrived. Good resale and the cheapest servicing in its class (it can get expensive after the first six check-ups) reaffirms its value position.

At $22,590 the most affordable Honda Civic is a heck of a lot of sedan for the money (the hatch almost matches it, but costs $200 more). It’s one of those small cars that do a great job of catering for adults in the back, reinforcing the clever packaging that Honda has long been known for. 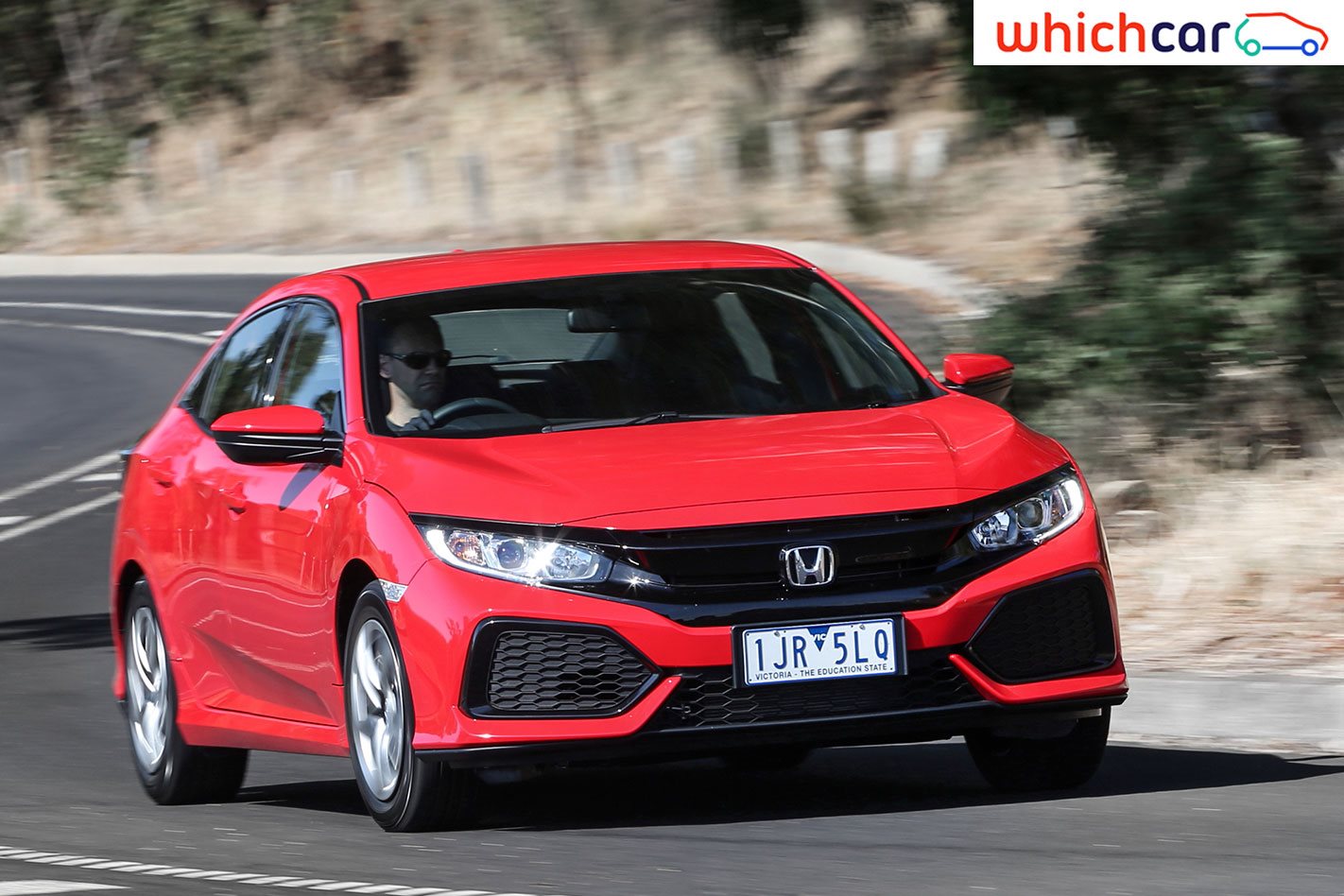 While more expensive 1.5-litre turbo models are nicer to drive, the 1.8-litre four-cylinder is more affordable and better value overall.

Key to the Civic’s success is a 61 per cent resale forecast.

It’s a shame the most affordable VTi isn’t lavished with active safety gear like many rivals.