Waft along in the comfort of knowing all you need to know about British super-luxury brand Bentley.

Here we focus on Bentley, the British brand that started life dominating the world-famous Le Mans race, became umbilically linked with rival Rolls-Royce for decades, and is currently prospering under German (Volkswagen) ownership.

Brothers WO (Walter Owen) and HM (Horace Millner) Bentley had started Bentley and Bentley a few years prior to forming Bentley Motors Limited after World War 1. The first Bentley chassis – number EXP 1 – was produced in 1919 but didn’t go on sale as a full car until 1921, when it was simply called the 3-litre (after its 2996cc engine). It was offered with a five-year chassis warranty. 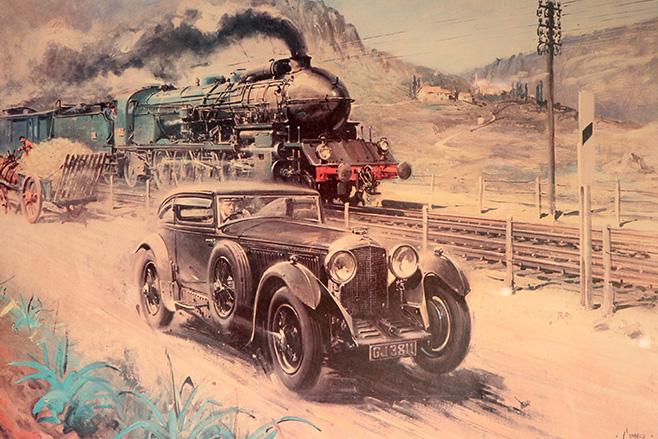 A group of rich, mostly British motorists who raced Bentleys at the Le Mans 24 Hour endurance race in the 1920s and promoted the brand among the social elite became known as the Bentley Boys. Bentley won its first Le Mans at its second attempt, in 1924, before dominating between 1927 and 1930. Race cars included the six-cylinder Speed Six that was also regarded as a fine road car, and the four-cylinder 4½ Litre.

A supercharged version of the 4½ Litre designed to ward off increasing competition became known as the Bentley Blower, though reliability issues meant results didn’t match its image. A famous runners-up place, however, came at the 1930 French Grand Prix, when the two-tonne Bentley came second in a field of far lighter Type 35 Bugattis. Etorre Bugatti would refer to the Bentley derogatively as the “world’s fastest lorry”.

WO Bentley became an employee after one of the Bentley Boys, millionaire (Joe) Woolf Bernato – a winning driver from 1928 to 1930 – was approached to help finance the company. When Bernato decided against continuing his investment in 1931 amid the European recession, struggling Bentley went into receivership – to be purchased by rivals Rolls-Royce. 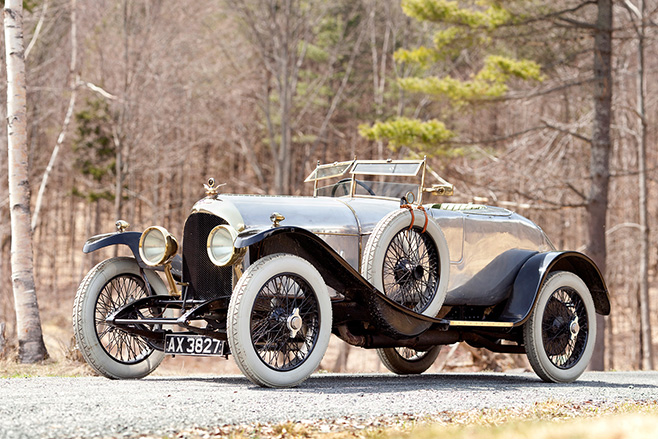 5. ATTACK OF THE CLONES

For six decades, Bentleys were based on Rolls-Royce models. The ‘Derby Bentleys’ of the 1930s – named after the location of the Rolls factory where they were built – combined a Rolls-Royce chassis and a Bentley engine. After the Second World War, Bentleys were essentially a Rolls-Royce with a specific Bentley grille.

6. FASTEST FOUR-SEATER IN THE WORLD

The 1952 Continental was a ‘super coupe’ based on the Rolls-Royce Silver Dawn sedan but featured aerodynamics honed in a Rolls aircraft wind tunnel and alloy bodywork by the coachbuilder that has become synonymous with Bentley: Mulliner. With longer gearing than the Silver Dawn, the Continental could stretch out to 199km/h in top gear – making it at the time the world’s fastest genuine four-seater vehicle.

With Bentleys accounting for just five per cent of total Rolls-Royce group sales in the 1970s, a model based on the Rolls’ Silver Spirit and named after the Le Mans circuit’s famous Mulsanne Straight aimed to revive interest in the brand. People certainly took note of the 1982 Mulsanne Turbo that employed a Garrett turbocharger to boost power by 50 per cent. The nameplate ended in 1992 but was revived in 2009 for the brand’s big limousine. 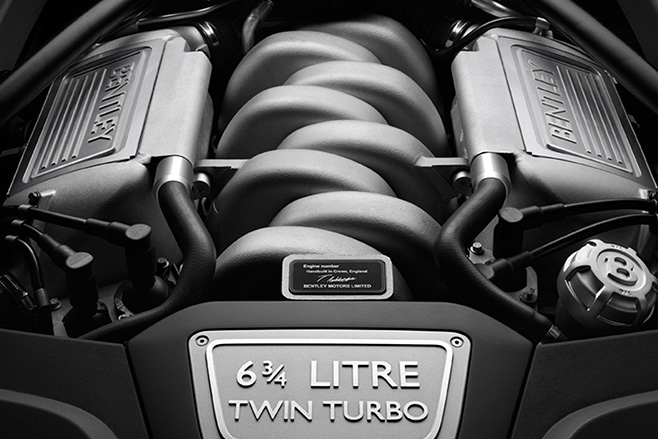 8. A UNIQUE BENTLEY AT LAST

The 1991 Continental became the first Bentley in decades not to be shared with a Rolls. Featuring the famous Rolls-Bentley 6.75-litre V8, the R version – for Roadholding – of the British luxury coupe was at the time the most expensive British car ever made. It was followed by a 300kW S, Azure convertible, and a T with 800Nm of torque. The T featured a shorter wheelbase, flared wheel-arches, a milled-aluminium interior, and a novel-for-the-time red engine-starter button (on the centre console).

In 1998, Volkswagen paid UK engineering company Vickers £430m for Bentley and Rolls-Royce – though ended up with only the former after BMW managed to acquire the Rolls and Spirit of Ecstasy logos/rights owned by the separate, aero-focused company Rolls-Royce PLC.

Bentleys continue to be built in Crewe, where production started in 1946 (manufacturing originally started in Cricklewood). The facilities, of course, have been continually upgraded since, and all key departments are integrated into the site.

Bentley returned to Le Mans in 2001 – 68 years after it last raced at the famous French endurance race. It took another two years before it would add a sixth outright victory to its impressive CV. There was more than a little help from sister brand Audi, though, which took a break in 2003 after three successive wins (a domination that would resume in 2004 and for years onwards), and the Speed Eight racing car’s engine was a modified version of the triple-title Audi R8’s 4.0-litre V8. 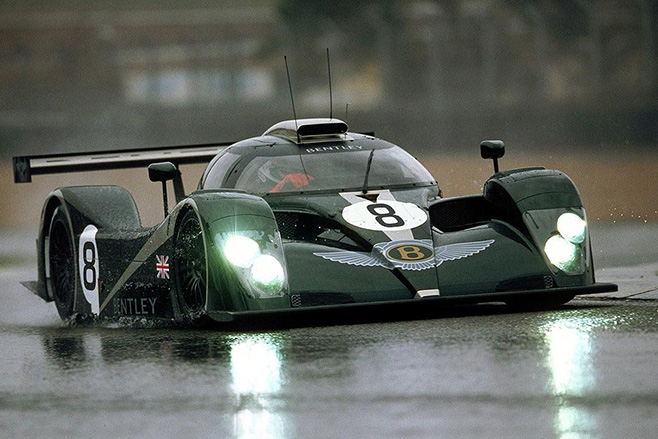 It takes Bentley employees 399 hours to build the company’s flagship model, the Mulsanne. It takes nearly a quarter of that time – 104 hours – to build the ‘entry level’ Bentley Continental GT.

18,000 parts are supplied to Crewe by more than 700 businesses from 32 countries spread across six continents.

You don’t have to buy a car to sit in a Bentley. The company teamed up with Club House Italia in 2013 to create the Bentley Home Collection – a range of furniture inspired by the luxury car maker’s handcrafting techniques and high-quality materials. You can order Bentley sofas, armchairs, coffee tables, cabinets, and beds. Not quite IKEA prices, though. One particular Bentley side cabinet costs about $22,000.

The Bentley Bentayga SUV was not only the brand’s first SUV in 2016, it also debuted the world’s first 48-volt electrical sub system featuring seven different yet integrated multi-speed, multi-purpose networks. It helps to control everything from the fridge to the electro-mechanical Dynamic Ride system that can vary the torsional resistance of the vehicle’s anti-roll bars for either greater wheel articulation on rough terrain (softer) or enthusiastic cornering (firmer).

The Breitling clock that can be optionally integrated to the Bentayga’s dash costs $300,000. 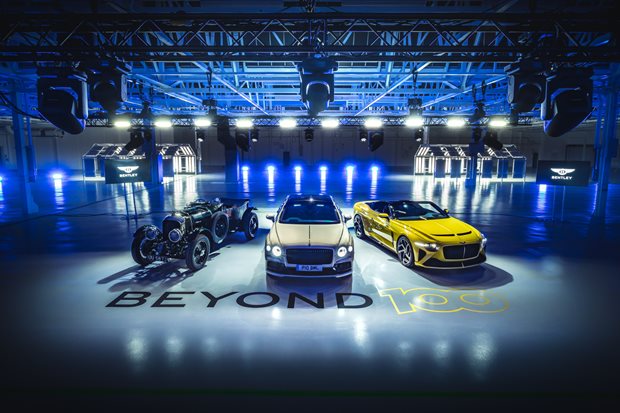 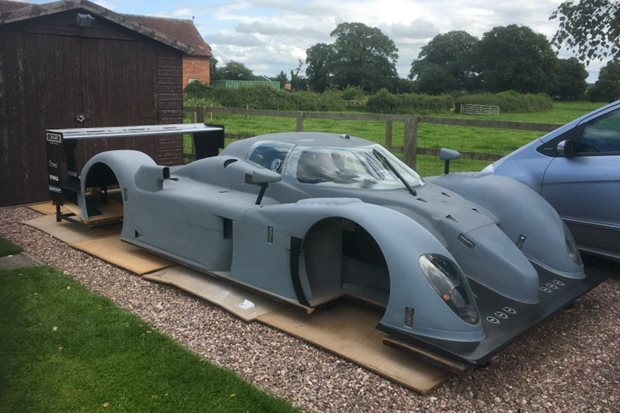