Some cars appeal to the logical part of your brain, some are convertibles. You might think they’d be the perfect car for summer or a country with endless sunshine, like Australia, but if you’ve ever climbed into a normal car on a 35C-plus day, you’ll know that interiors can get quite hot.

Drive your convertible around roof down on a Queensland midsummer day and you’ll end up leaving a layer of skin on the seats, like an oversized snake. 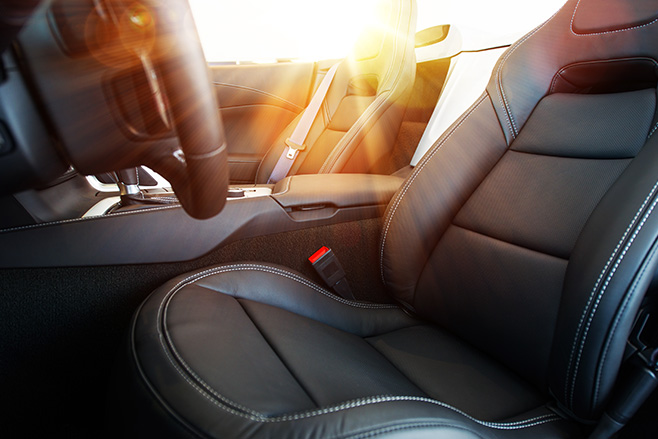 At the other end of the spectrum, being caught in your drop-top when a tropical downpour starts – particularly if you don’t have one of those clever roofs that can be raised or lowered while you’re driving at up to 50km/h – can be a disaster. Try putting your roof up at the traffic lights as it starts pouring and watch the reception from tin-topped motorists when the light turns green and you’re holding everyone up. Hatred doesn’t cover it.

But if you’ve ever driven a convertible top down on a perfect autumn day, a sultry summer evening or even a bright winter day, you’ll know the occasional suffering is made up for by the kind of magic only a rag top can bring.

The sun warming your skin is nice, but it’s the wind in your hair – and everywhere – the sense of scents, of being out in the environment rather than locked away from it, that makes it so special. 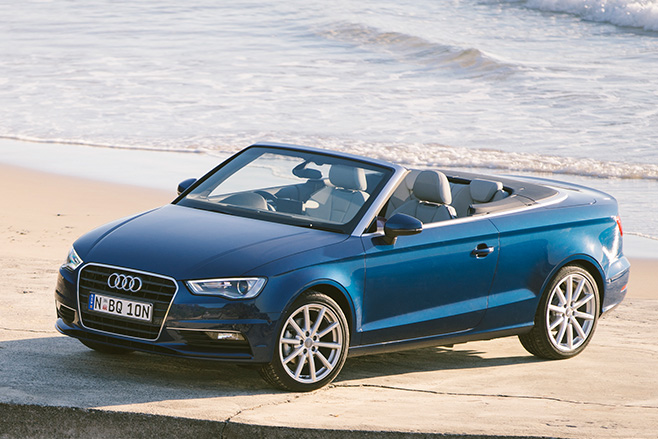 Motorcyclists know what it’s like to be driving in an environment rather than just through it, but convertibles come pretty close and have the enormous advantage of being able to keep you dry when it does rain.

In the distant past, convertibles weren’t always entirely waterproof and their roofs could be noisy, clattery and frankly annoying, but a modern drop-top is a thing of engineering wonder, even at the cheaper end of the market.

The idea that you need to spend a lot of money to go roofless is equally out of date, because there are now a heap of options for less than $50,000 that will take you top down with style and substance. You can even get a driving tan for a price in the low $20Ks.

At the dollar-bottom end of town, there’s really only one convertible you should be looking at and if you’re a man, you’ll want to be comfortable with your own sexuality.

The almost too-cute Fiat 500 Pop Convertible can be yours for just $21,000, which is an unbelievable bargain when you measure it in terms of style. Almost more Italian than the act of shrugging, the 500 is a fashion magazine on wheels and has an interior that feels like far more dollars than it costs. 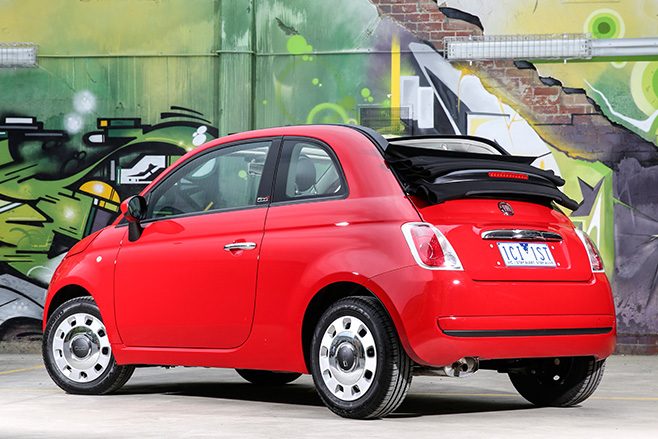 Best of all, it’s also surprisingly fun to drive. It’s not fast, but it’s so great, with the slightly strange roll-back roof whipped off in particular, that you just won’t care.

If you’re looking to dip your toe in topless motoring, this is the car for you.

Fortunately, Fiat sells an entirely blokey version, the Abarth 595 Competizione Convertible, but unfortunately it costs $39,500. It adds an almost laughably loud and angry engine and zesty performance to the style package. And some shoulder pads.

Your other choice if you’re looking to save money is the Smart Fortwo Cabrio, for just $22,990. This also offers plenty of affordable fun, although its design is more quirky Euro than beautiful. People will stare because they expect toy people to climb out when it stops. Yes, it really is that tiny, inside and out, but that’s also what makes it light on its feet, and economical.

There is, and has long been, only one king of the jungle when it comes to affordable sporty roadsters – Mazda’s much-adored MX-5. It’s been with us since 1989 and has undergone a few Hollywood-style makeovers, but the latest one took it from Lightning McQueen to Steve McQueen, with its tough, sporty and undeniably Japanese lines. 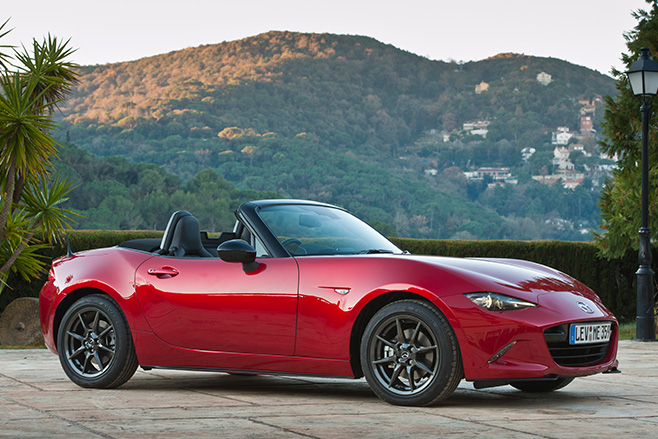 Small (surprisingly so inside), light and rear-wheel drive, the Mazda MX-5 is a work of motoring purism by some very focused and passionate Mazda engineers, and is clearly designed to satisfy the desires of keen drivers.

It’s not hugely fast, and never has been; the great thing about it is the way it puts a smile on your face without breaking speed limits. It’s all about the way it corners, the way it flicks between gears and the directness of its steering.

At its starting price of just $31,990, it is absolutely without peer and is one car that’s just about guaranteed to make you happy. Your only really option for sporting-roadster joy is a secondhand Porsche Boxster, all of which are excellent.

GOING TOPLESS WITH YOUR FRIENDS

The one car that sits alongside the Mazda for flair is the Renault Megane Dynamique Cabriolet, at a slightly pricier $38,990, but it belongs in a different category, because it offers back seats. 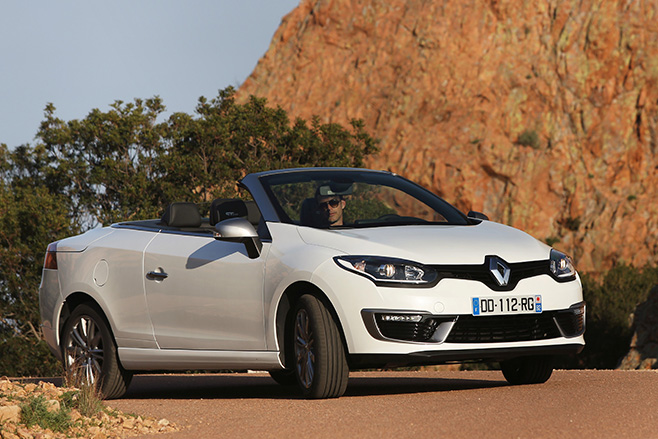 The Megane is a genuinely great car in its RenaultSport versions and while the Cabriolet is slightly softer on performance, it still gets the great chassis and involving driving dynamics the whole range benefits from.

There’s plenty of French style too, which is very much a matter of taste, but anyone you manage to squeeze in the back will definitely be won over by its charms.

When it comes to back-seat comfort, four-seat convertibles are never overly roomy. This is particularly true for under $50,000, but even the new Rolls-Royce Dawn, which claims to be a proper place for two couples to hang out, is knee-challenging.

The Mini Cooper Cabrio is slightly tighter in the back seats, but I have seen adults in there. At $40,350 it’s also slightly more expensive, but it’s hugely entertaining to drive, as all Minis are. There’s something very young, hip and trendy about the design ethic, inside and out, and it’s a bit of a fashion statement. 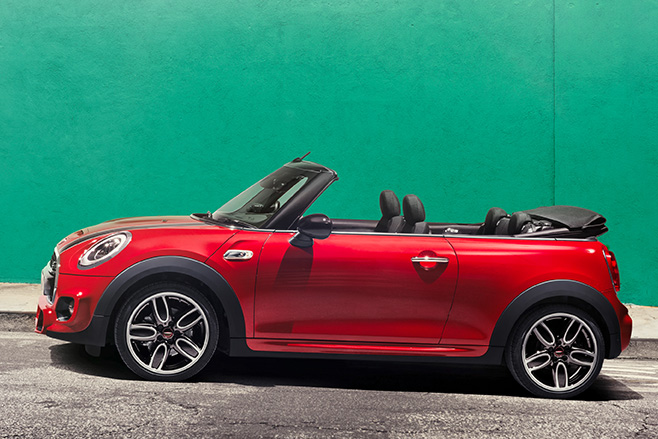 The Citroen DS3 DSport Cabriolet is another super-stylish choice, almost in the Fiat 500 mode, for $36,590. With its rear shark-fin design and bold contrasting colours, it’s a real visual statement; the interior is equally excellent and it’s a fun car to point at corners, too.

It’s fair to say you rarely go wrong with an Audi, and the Audi A3 Cabrio at $48,000 is a stylish choice with plenty of premium value, particularly when it comes to interior design and quality. The 1.4-litre engine means it’s not all that sporty, but as a four-seat sun-cruiser, it’s perfect.

Though it feels a bit long in the tooth now, you can still buy a Peugeot 207 CC, for $38,190, and it does offer its own unique styling appeal. There’s even something a bit sporty about the handling, and the 1.6-litre engine is willing.

Amidst the whole Volkswagen diesel hoo-ha, it’s important to remember its petrol engines are still pretty good, and the Volkswagen Golf 118i Cabriolet, at $43,990, offers plenty of bang for your buck in what used to be one of the world’s best-loved models.

Don’t be embarrassed if you don’t know what a Holden Cascada is, because it’s a car that formerly wore an Opel badge and is yet to make a name for itself here. Very much in the almost-spacious four-seater family convertible cruiser mode, the Cascada is basically a convertible Astra, and therefore should be pretty good, though its $41,990 ticket might be a challenge.