In our Fast Facts series, WhichCar delves deep into the history of automotive brands to bring you fascinating facts and intriguing information.
Here we focus on Jaguar, a company started by two bike enthusiasts before transforming into a brand renowned for sporty sedans and sports cars.

TWO-WHEELED BEGINNING
A 21-year-old with an eye for business – William Lyons – joined forces with motorcycle sidecar specialist William Walmsley in 1922 to form the Swift Sidecar & Coach Building Co based in Blackpool, England.

FIRST CARS
Five years later they expanded into cars, producing bodies for the Austin Seven two-seater, followed by a sedan version in 1928 – the same year the company moved to what would become a famous home in Coventry. Its first proper cars were the 1931 SS1 and SS2 – low-bodied, long-bonneted models – and the company changed its name to SS Cars in 1934. An open-seater variant called the SS1 Tourer was the first taste of motorsport, competing in the 1933 Alpine Trial. 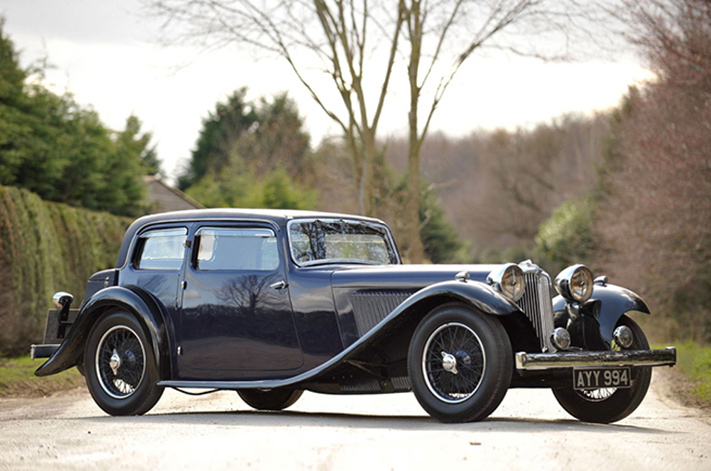 BIG CAT’S FIRST PROWL
Today’s brand name made its debut on the 1935 SS Jaguar sedan – an advertising agency’s suggestion said to have been reluctantly adopted by Lyons. The SS90 became the first proper sports car, though it was the SS100 that became a 1930s legend – with 100mph (160km/h) top-speed performance derived from the biggest engine, a 3.5 litre. It won the UK’s premier rally, the RAC Rally, though the winning SS100 was run by a privateer rather than one of the three factory teams entered. 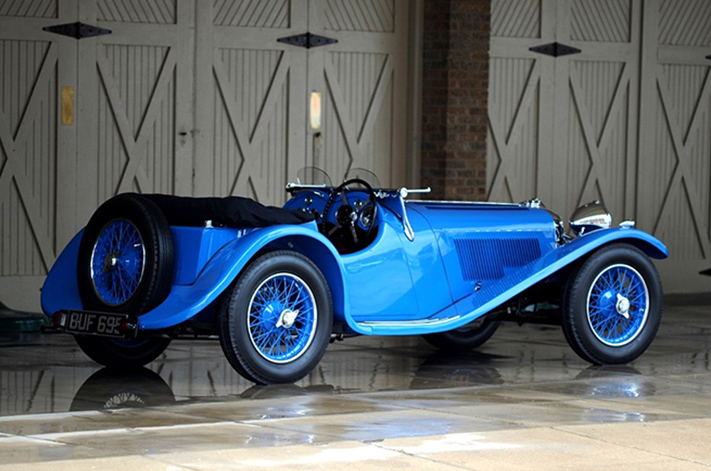 A GIANT LEAP
The company changed name again in 1945 – from SS to Jaguar Cars – to avoid undesirable Nazi connotations. After Jaguar built a new straight six-cylinder engine codenamed XK, it was complemented by a sporty body inspired by BMW’s pre-war 328 roadster to create the 1948 XK120. Named after its top speed (in miles per hour), Jaguar demonstrated its performance to the media on a closed dual carriageway in Belgium – where it clocked 126mph to establish itself as the fastest production car in the world. It became a huge export success to the US. 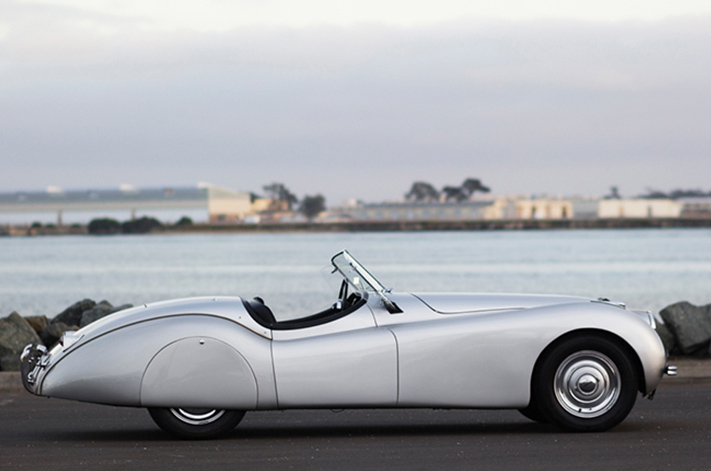 TYPES CAST
A racier version of the XK120 focused on lighter weight, more effective aerodynamics inspired by the aircraft industry, and stopping capability with disc brakes – and the resulting car succeeded at the Le Mans endurance race: first in 1951 driven by privateers before the XK120C became the C-Type and won in 1953 as an official factory entry. The successor D-Type switched to more advanced monocoque construction with a magnesium-alloy tub, and further improved resistance to drag. Notable for its rear tail-fin, it won Le Mans three years straight, from 1955 to 1957, before Jaguar exited motor racing as a company. Remaining D-Types were turned into road-going models badged XKSS, though nine of the 25 that were in the process of construction were lost in a 1957 fire at Jaguar’s Browns Lane factory. 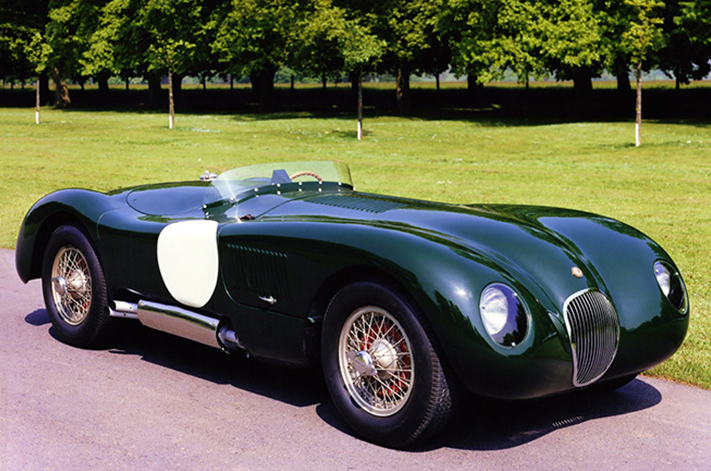 GRACE, PACE AND SPACE
Jaguar’s reputation for sport yet refined luxury sedans blossomed in the 1950s, starting with the Mark VII that was accompanied by what would become a famous advertising slogan: “Grace, pace and space”. Another classic Jaguar was born towards the end of the decade when the MkII debuted in 1959. When fitted with a 3.8-litre version of the company’s XK engine, the sports sedan was one of the fastest four-doors on the road in the early 1960s. 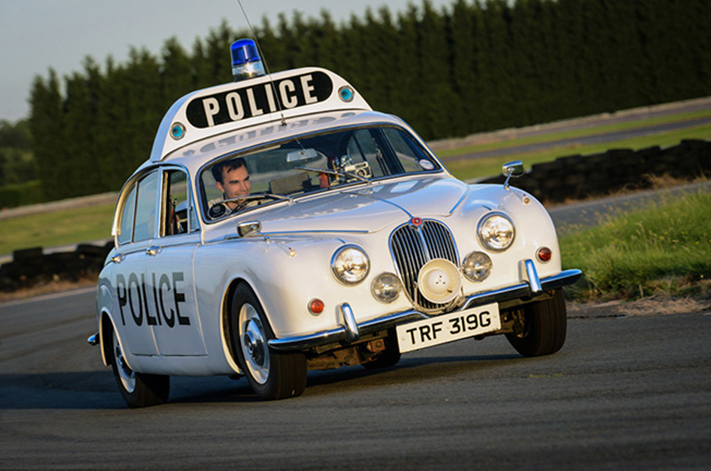 E FOR ELECTRIFYING
The XK was a hard act to follow, yet at the 1961 Geneva motor show Jaguar unveiled a new sports car combining sensuous curves, elongated bonnet, and a new independent rear suspension: it was called the E-Type. Available in both coupe and roadster form, it’s still regarded as one of the most beautiful cars ever designed. But it wasn’t just sexy. It could accelerate from standstill to 97km/h in 6.9 seconds, and reach a top speed of 240km/h. A 2+2 seater model joined in 1966. 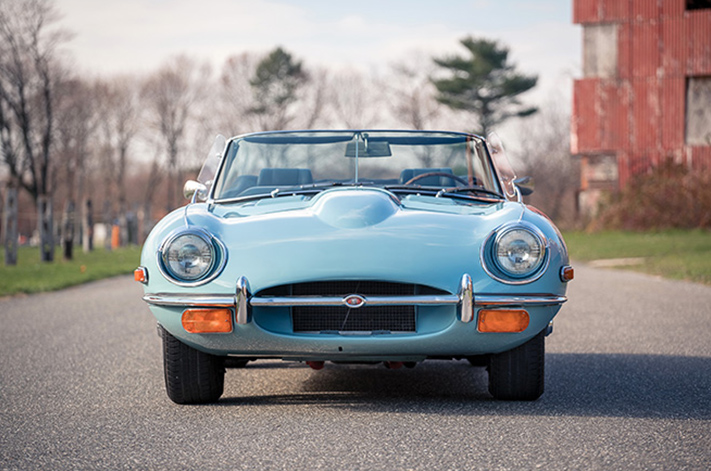 XJ – THE EXALTED ONE
In 1968 Jaguar reset the template for luxury sedans with the XJ6 which featured a remarkable blend of refinement, ride comfort, handling, and six-cylinder performance. It was the last car designed by William Lyons. It was joined four years later by the XJ12, powered by a V12 borrowed from the E-Type. Quality issues for the Series 3 model aside, the XJ series was overall a success until its discontinuation in 1987. It also spawned a controversially designed successor to the E-Type, in the form of the XJS coupe (and eventually cabriolet). The coupe’s flying buttresses betrayed the fact the car was meant to place its V12 behind the driver, though prohibitive costs meant it was forced up front like the closely related XJ12. 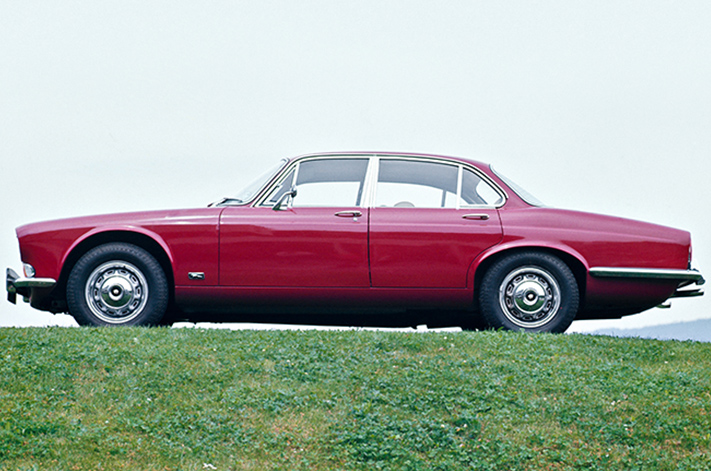 WORLD’S FASTEST CAR. BRIEFLY
Before the McLaren F1 blew everything away, Jaguar briefly boasted the world’s fastest production car with its 1992 XJ220 supercar – conceived originally as an unofficial project by a ‘Saturday club’ of Jag engineers wanting to build a Ferrari F40 rival. After 1500 orders were received following its unveiling at the 1988 British motor show – the same year Jaguar won Le Mans – the company ended up producing it in conjunction with the Tom Walkinshaw Group of HSV fame. Some clients were lost, however, when the V12-powered, all-wheel-drive concept turned into a twin-turbo V6 rear-drive model by the time it reached the road. 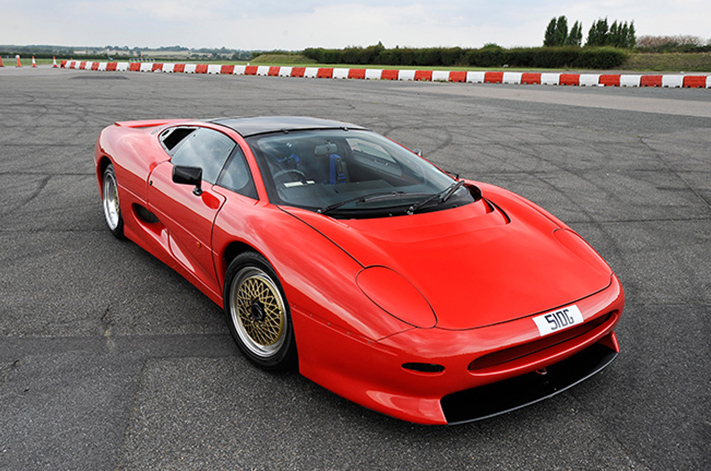 THE FORD ERA
Jaguar lost its independence in 1966 when it merged with British Motor Corporation to form British Motor Holdings, which then joined with Leyland Motor Corporation to form UK giant British Leyland. The company went alone again in 1984, though with little success of note was picked up by Ford six years later. The Ford Motor Company, which had beaten rival bidders believed to include General Motors and Daimler-Benz– placed Jaguar in a Premier Automotive Group that also included Aston Martin, Land Rover, Volvo and its own luxury brand Lincoln.

BOTCHED FORMULA
In 1999, Ford bought Jackie Stewart’s eponymous Formula 1 team – for which it had supplied engines – and rebranded it Jaguar for the following year. Hopes of adding to its motorsport successes at Le Mans were soon dashed as the team struggled to be competitive – achieving just two podium finishes in 85 races across five seasons. Australia’s Mark Webber scored almost half the team’s total 49 points during his 2003 and 2004 seasons, before Jaguar Racing was sold to energy drink company Red Bull. 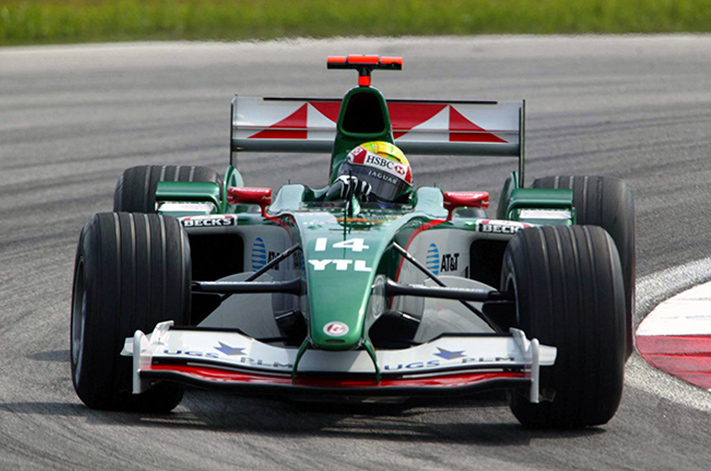 NEW IS OLD AGAIN
Ford’s ownership of Jaguar was largely unsuccessful – epitomised by the 2001 X-Type compact luxury sedan. It may have become the brand’s best-selling car, but its more ambitious targets were thwarted mainly by styling still derived from 1960s Jaguars when the car needed to attract the young executives buying the BMW 3 Series. It also wasn’t helped by the fact it was based on a humble Ford Mondeo. The X-Type was eventually axed in 2009. 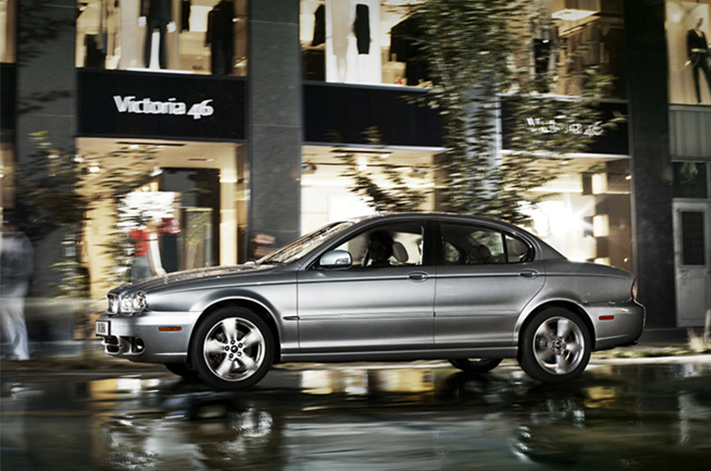 INDIAN SUMMER
Indian industrial giant Tata bought Jaguar in 2008, the same year a much-needed rejuvenation of the product line-up was started with the XF. The brand has been on a roll ever since – returning to profit, releasing a modern-day successor to the E-Type with the F-Type, and launching its first ever SUV, the F-Pace, with immediate success.