Before you put down the positive pregnancy test and rush out to buy a new family transporter, there are a few things to stop and consider. Not every vehicle out there is as family-friendly as they seem.

Here’s the WhichCar guide to putting family first on the car-buying list.

Kids come with a lot of baggage. When they’re small, it’s all about prams and change bags, and if you’re heading away for a weekend pitch in a portacot.

We then move into the day care and kinder years, and all of a sudden it’s backpacks full of mashed-up banana, hand-print art on butcher’s paper, and what seems like half the sandpit. Primary school are the halcyon years – one bag, and that’s it – but then it’s serious school books, laptops, footy practice, netball and social lives.

Whatever luggage space you have, it will take a beating right from day one. Think about the shape, size and height of the boot space you think will work for you.

The shape and size of the boot are important. Car boots tend to be shallow and deep, hatchbacks and some SUVS tend to be tall and shallow, and other SUVs and station wagons tall and deep. 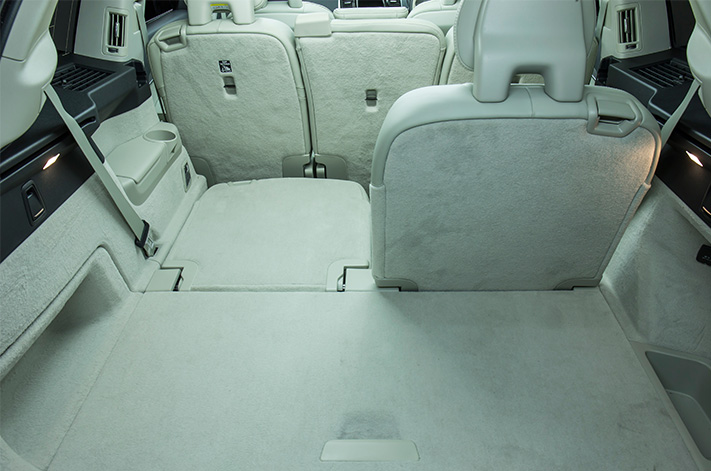 Lift up the tailgate or bootlid and look at the shape. Will stuff fit in between the wheel arches or past the shape of the aperture? Can the rear seats slide forward to increase boot space when the kids don’t need legroom, but slide back when they do?

SUVs generally have a high boot floor – the cars sit higher off the ground after all – so think about whether you want to lift a heavy pram all that way. If not, a more conventional car would make a better choice.

Some cars also have a small lip around the edge of the boot that sits higher than the floor. This is to prevent things that may have moved from falling out when you lift the tailgate. 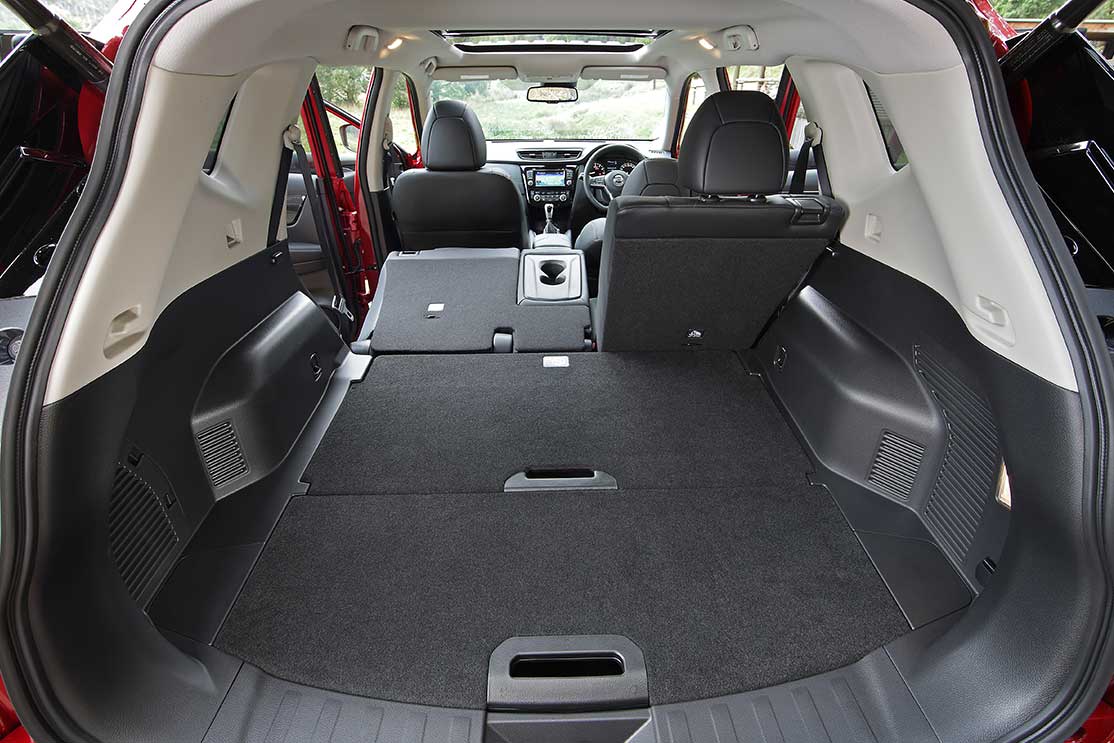 Good boots will also have well-positioned lights that aren’t lower than the luggage space height, luggage space covers to keep out prying eyes and shade the contents, and some will even have hooks that will stop shopping bags from sloshing around while cornering.

The best boots, though, have a keyless opening function usually activated by sweeping a foot under the rear bumper. You don’t even need to drop anything to open it.

IT WAS A DARK AND STORMY RIDE

Glass weighs more than steel. When carmakers design new cars, weight is an enemy, so by that reckoning, carmakers hate glass. And that shows in some of their products.

Well, they seem to hate glass. Look at most modern cars, and the windows will get smaller and smaller the further back along the car you go. It’s a sharp, classy look, but the reality is it’s generally quite bad for anyone who has to make use of them. 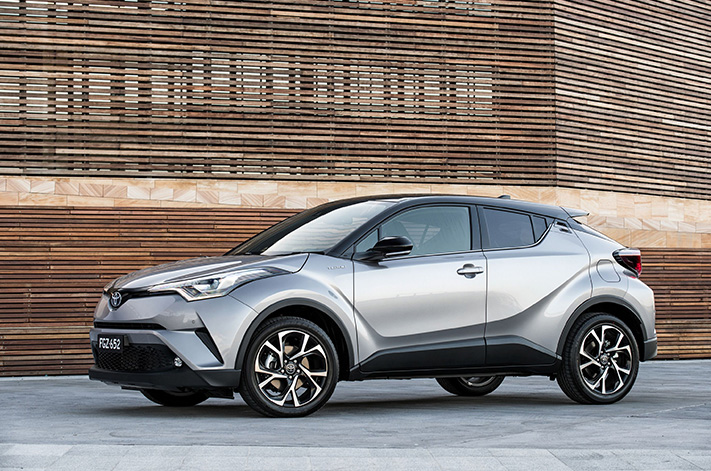 That’s because it turns rear seats into black holes. There are some bad ones out there; climb into the back of a Toyota CH-R and it will feel like you’ve been swallowed whole by the small SUV. Kids sit so low in the back seat of a high-waisted Volvo XC60 that all they see is sky. Contrast that with a Subaru Forester, where the window glass seems to extend forever and bring the outdoors inside the car.

You should care about good rear-seat visibility; it is particularly important for kids who suffer from car sickness. Take away any sense of horizon, rob them of peripheral vision, and the increase in frequency, and smell, of kids falling ill on a road trip will be a constant reminder you’ve not bought wisely. 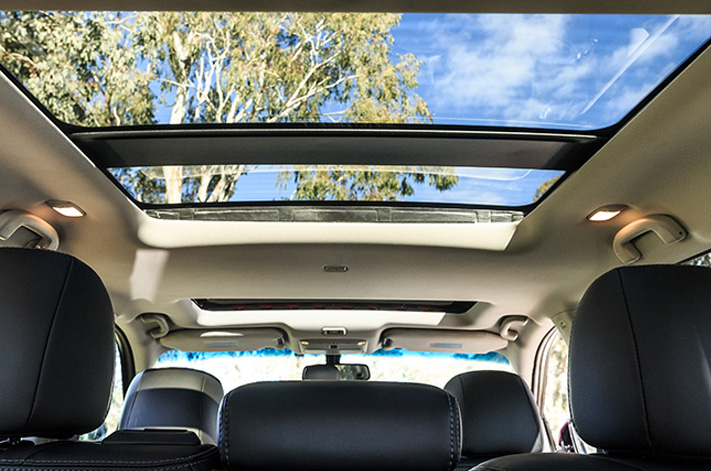 LET ME ENTERTAIN YOU

In-car entertainment is an important part of parenthood. Not so long ago, it was all about video, so anything that had in-car DVD screens for the rear seats could easily buy you some silence and compliance. The in-car DVD player was king.

It’s surprising, though, how quickly things change in the automotive world. With tablet computers becoming so cheap, it’s now more convenient to load a movie up on a device and shove that under a kid’s nose. Carmakers seem to be aware of this, and all of a sudden DVD screens are going the way of the foot-operated high-beam dip switch. 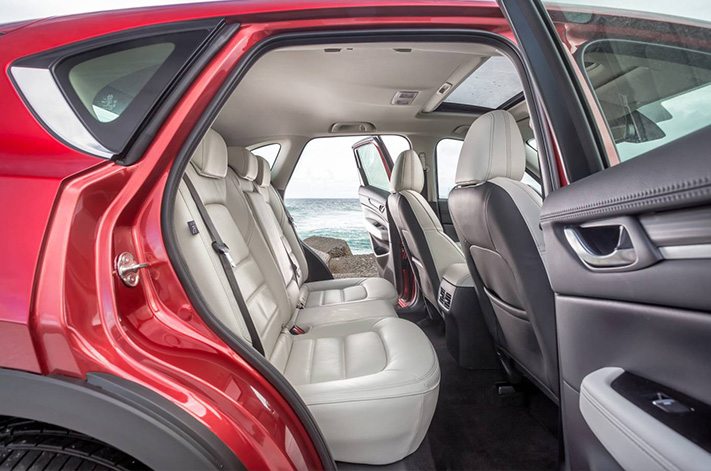 We’re now at the point where keeping children happy is more about how many USB recharging points are available.

If you’re buying a Land Rover Discovery Sport you can option up to nine USB ports around the SUV, but there are only seven seats; something doesn’t quite add up there. But cheaper options include the Kia Sportage, which a single USB port in the back row, and the Mazda CX-5, which has two USB ports built into the rear-seat armrest. 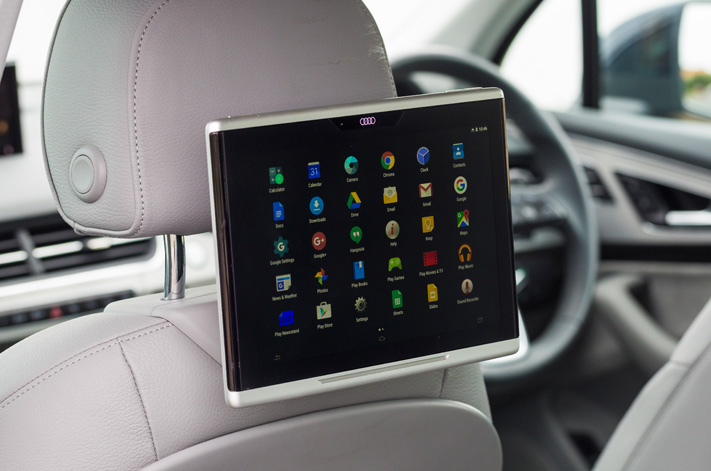 LEATHER IS BETTER FOR SPILLS

Kids will drop things. Drinks, lollies, fruit, the content of their stomachs; it all ends up exactly where you don’t want it. It accumulates, too, to the point where removing an infant’s car seat for some routine maintenance and cleaning can turn even the most iron of stomachs.

Why is leather better? It’s simple really; cloth and foam seats absorb things, while leather ones generally won’t. And when it comes to resale time, cars with leather seats sell for a higher price than those without. 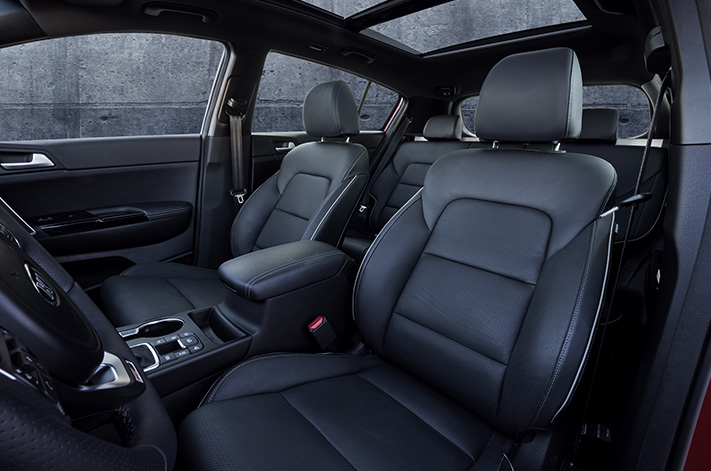 If leather isn’t an option or your conscience won’t allow you to entertain the idea of exposing children to swathes of animal skin, you could go to an automotive upholsterer and get a bespoke seat back cover made to protect the space from the worst that children can throw at – or up on – it.

If you have young children in the car, their space needs to be cleaned regularly and thoroughly. Experience suggests that sometimes it’s better to spend money on a spot of professional interior detailing rather than do it yourself.

THREE ROWS ARE BETTER THAN TWO

A child’s social life is so much better than a parent’s. Day care, kinder and school are all important in a child’s social development, and blossoming friendships are likely to extend after-hours to birthday parties, movies, play centres and the like, and not to mention sports.

But parents are busy people, too, and sometimes you’ll be called in to become the equivalent of under-age public transport to ensure someone else’s sprog doesn’t miss out on all the fun. 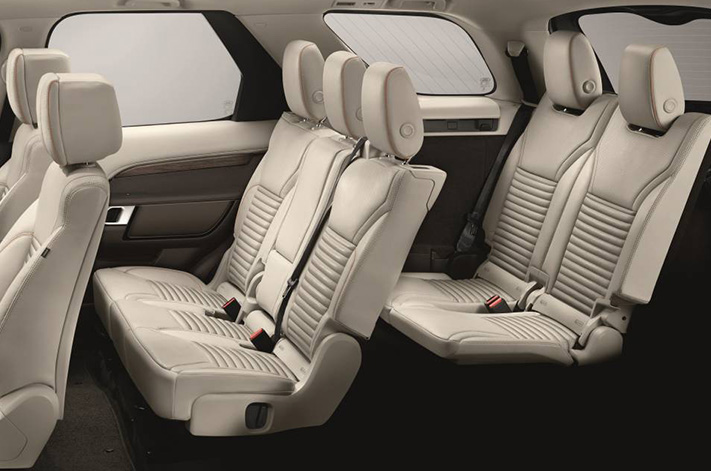 It’s where a third row of seats can come in handy. Yes, a five-seater may suit you right now, but the ability to expand capacity to seven opens up a whole world of opportunity to your child’s friends’ parents in terms of getting kids from home to social activity, and back again.

Choose carefully, though, because as children grow, a third row of seats that pop up out of the boot floor may have been okay in the pre-teens, but once the hormones hit home and the growth spurt hits it could soon become an uncomfortable, cramped space.

SUV OR SEDAN? THE HEIGHT OF FASHION

Want to save a bit of money in the long run? Walk past all the SUVs in a showroom and instead kick tyres on a traditional passenger car.

We’ve already touched on the advantages of a traditional wagon over an SUV in terms of boot space, but SUVs generally come with a lot more baggage. They’re heavier than normal cars – and even more so if they have all-wheel-drive systems rather than just front-wheel-drive – usually drink more fuel, and they don’t drive as well given that they sit taller, struggle to ride well and have a higher centre of gravity. And, as we’ve mentioned earlier, they cost more. 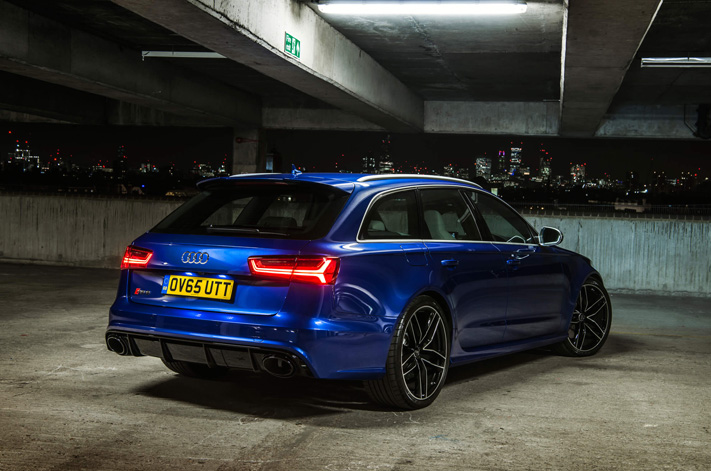 Smart parenting will have you weighing up if you really need an SUV over a passenger car. About the only advantages a high-riding hatches hold over conventional cars are they sit taller, so some parents will find it easier to lift infants and prams in and out, and they fit in better with the SUV clique at the school drop-off or pick-up. Buy a car rather than an SUV and you’ll stand out from the crowd.

YOUR OWN LITTLE CONAN THE DESTROYER

Children interact with the world very differently to us. A flimsy plastic tray hanging off the back of the seat in front is a plaything, not a tool. Any tears or holes need to have a finger inserted, loose threads must be pulled, pop-up cupholders stress-tested and seatback pockets need to be stretched to breaking point once the seat backs have been solidly kicked into submission.

The trick here is that simple works best. Young children need a durable rear seat space, so shop accordingly. If anything in the rear seat space looks fragile or brittle, chances are your children will find and exploit it. 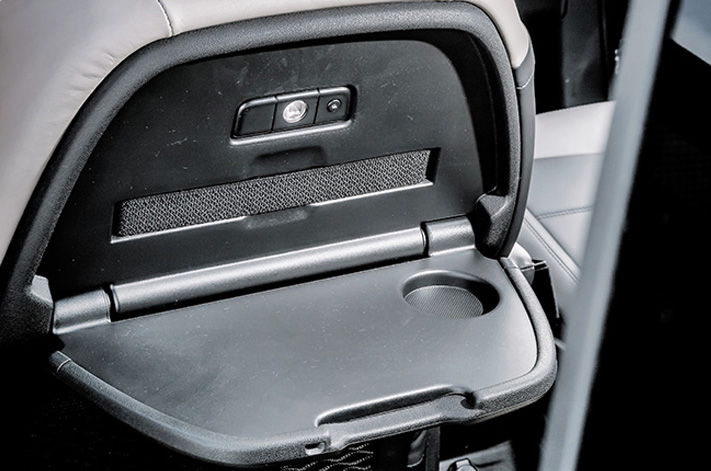 Any other parenting tips and tricks for car owners? Join the debate on our Facebook page at facebook.com/whichcarau/