With only six months left until the New Year, we’ve weeded out the top six cars to watch for as we tick down to 2016. 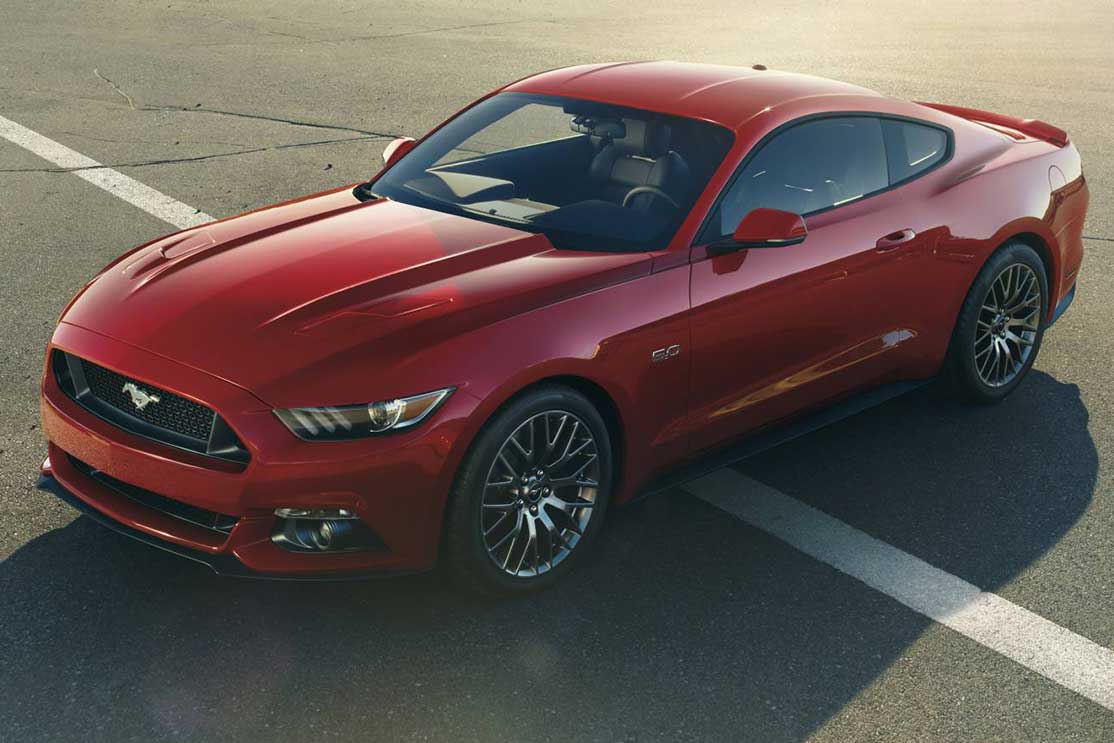 With the Falcon nearing its end, all seemed lost with Ford’s iconic V8 muscle car hero. That is, until the Mustang entered the fray. The first of the US-made, right-hand-drive cars is due to hit our shores in time for Christmas.

The sixth generation ’Stang comes in two-door Fastback (coupe) and convertible body styles. It starts at $44,990 for the Ecoboost manual, working up to $63,990 for the automatic convertible V8. Ford claims it already has more than 2000 paid deposits from Pony fans. And the colour of choice is, of course, Race Red. 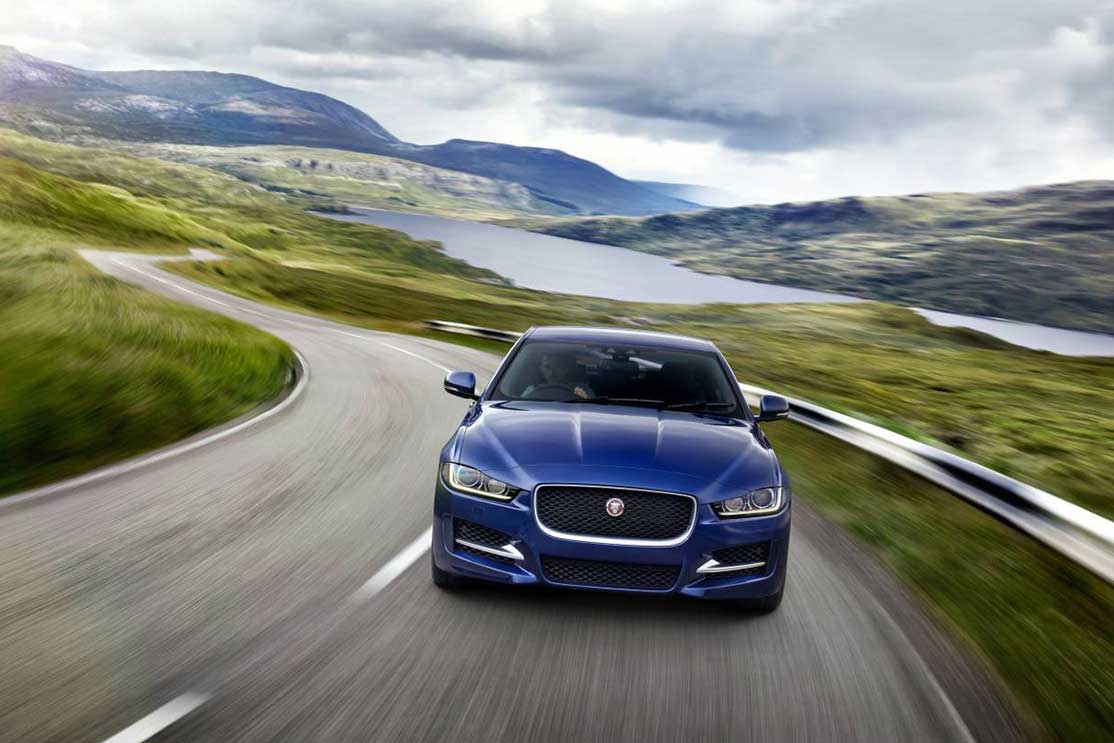 Jaguar hopes to bring new cat lovers to the pack with its entry-level mid-sized sedan, the XE. On sale in September, the XE starts at $60,400 for the entry-level two-litre four-cylinder. It’s powerful enough thanks to a turbocharger, and is ultra-refined thanks to an eight-speed automatic as standard.

While not in that magic sub-$60K club, the price is a big deal for a British brand that has most of its cars in the six-figure sector. It seems Jaguar has the Audi A4, BMW 3 Series and Mercedes-Benz C Class firmly in its sights. 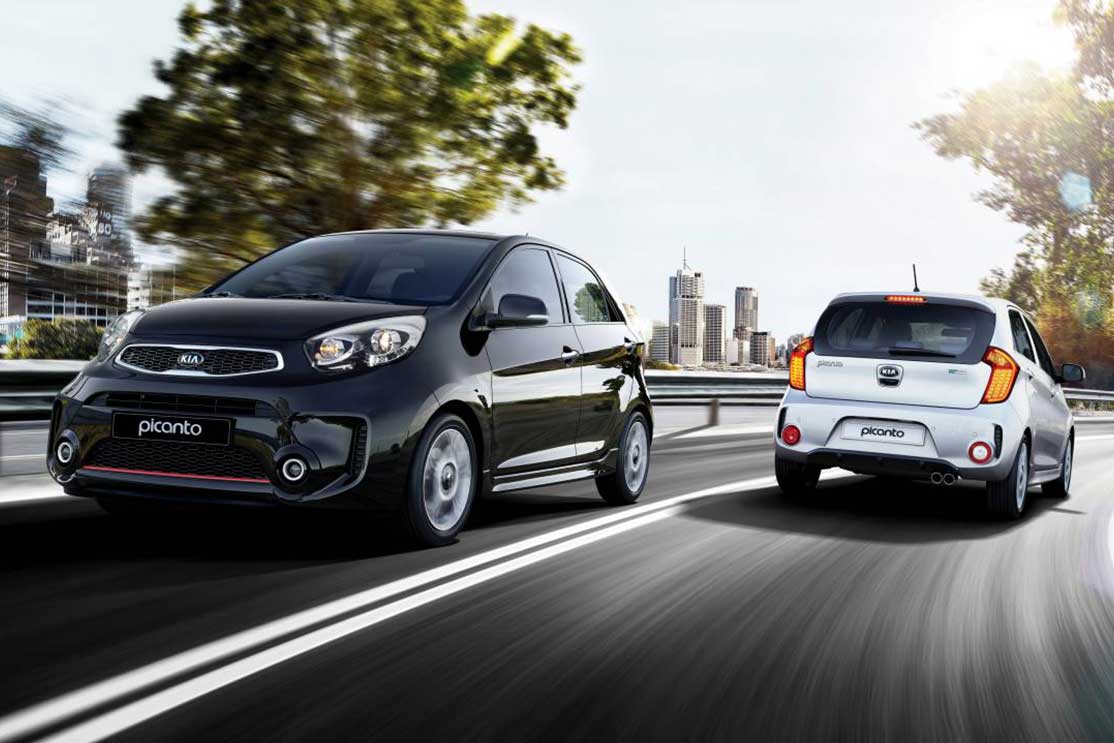 Kia already has a mini, the Rio, which starts at $15,990 for a three-door manual, so expect the five-door automatic to still come in at around $14,000. With a touchscreen media system, cruise control, standard auto, massive seven-year/100,000km warranty with capped servicing, and decent design language, it’s going to be a big little contender. 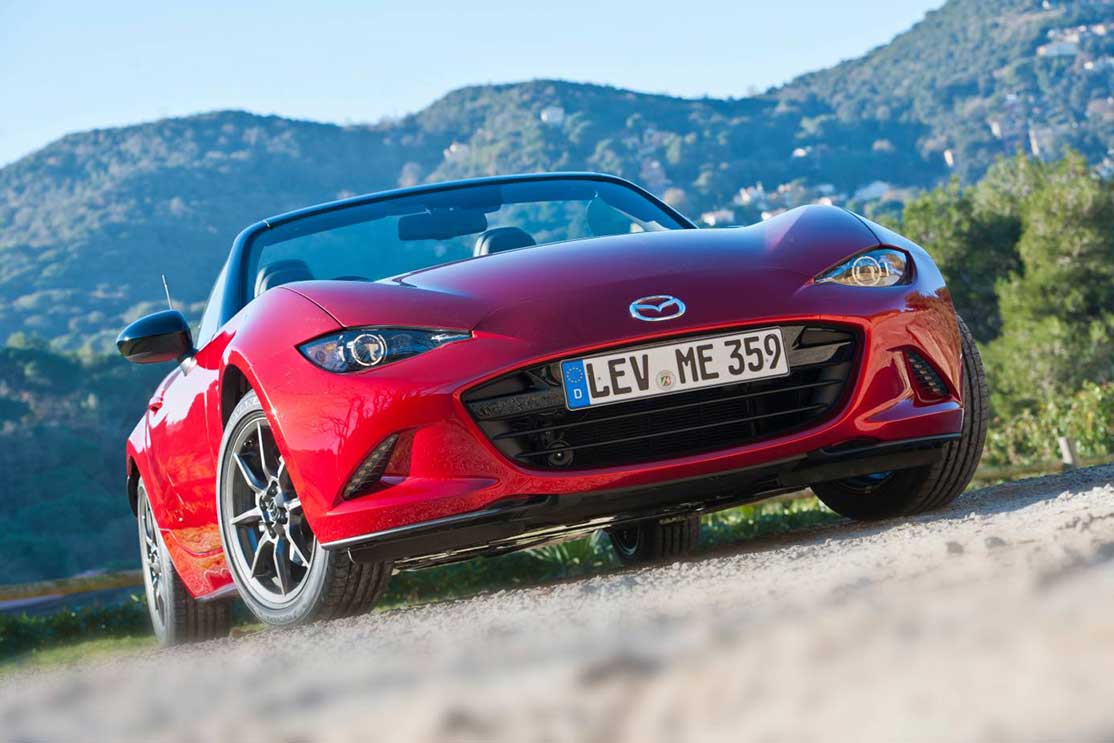 Mazda is very busy this year with many new and facelifted models coming in, but the most exciting import is the new MX-5. An iconic roadster, this multiple Wheels COTY winner has come full circle in 25 years, with Mazda stripping back the weight and doing away with the folding metal roof to produce a sub-tonne soft-top that packs more punch to go with its beautifully balanced body. 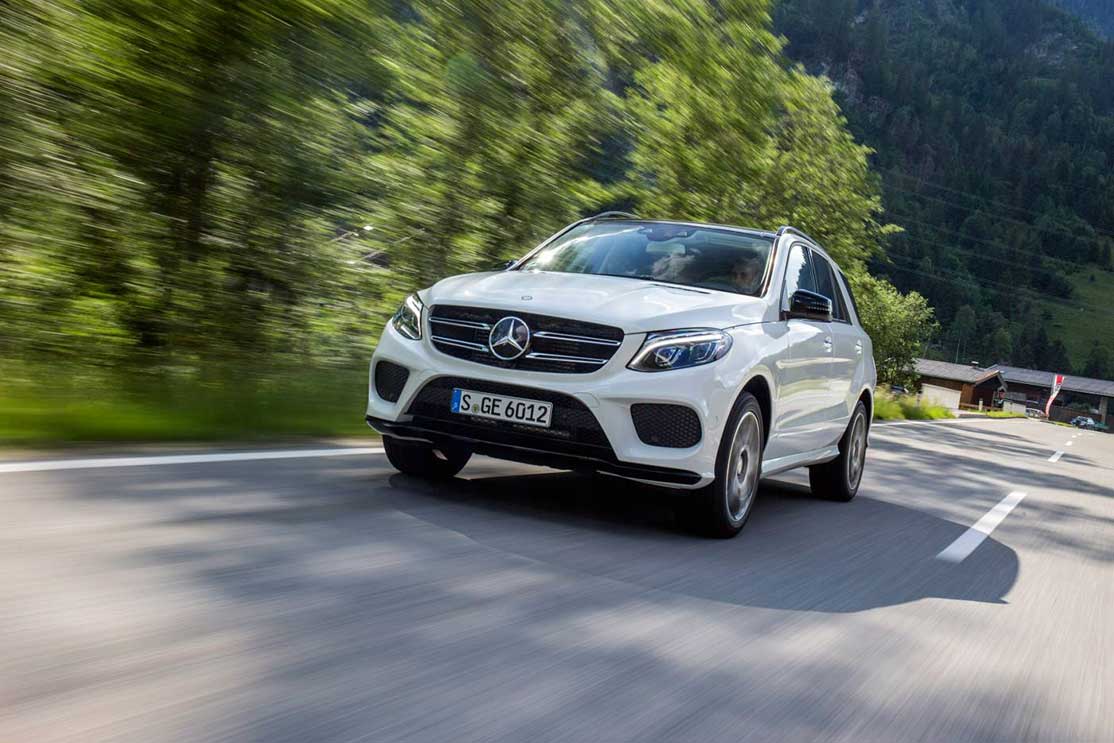 After 18 years wearing the trusty ML badge, Mercedes-Benz has renamed its best-selling SUV the GLE, bringing it into line with its other 4x4s which wear a G badge.

It is largely new inside and out, with petrol and diesel engines matched to a nine-speed automatic in all but the AMG models. However, it still offers only two rows of seats, leaving buyers to step up to the large GL if they need a third row.

The GLE range starts at $86,900 – add a tad more than $100K for the AMG version. We will also see a plug-in Hybrid in December, which will offer 34km per charge before the fuel-driven motor is required.

Merc will also bring in a sporty Coupe version to rival BMW’s polarising X6 SUV. The Coupe is aimed at the higher end and is appointed and priced accordingly; starting at $121,900 and working up to $198,900 for the AMG. 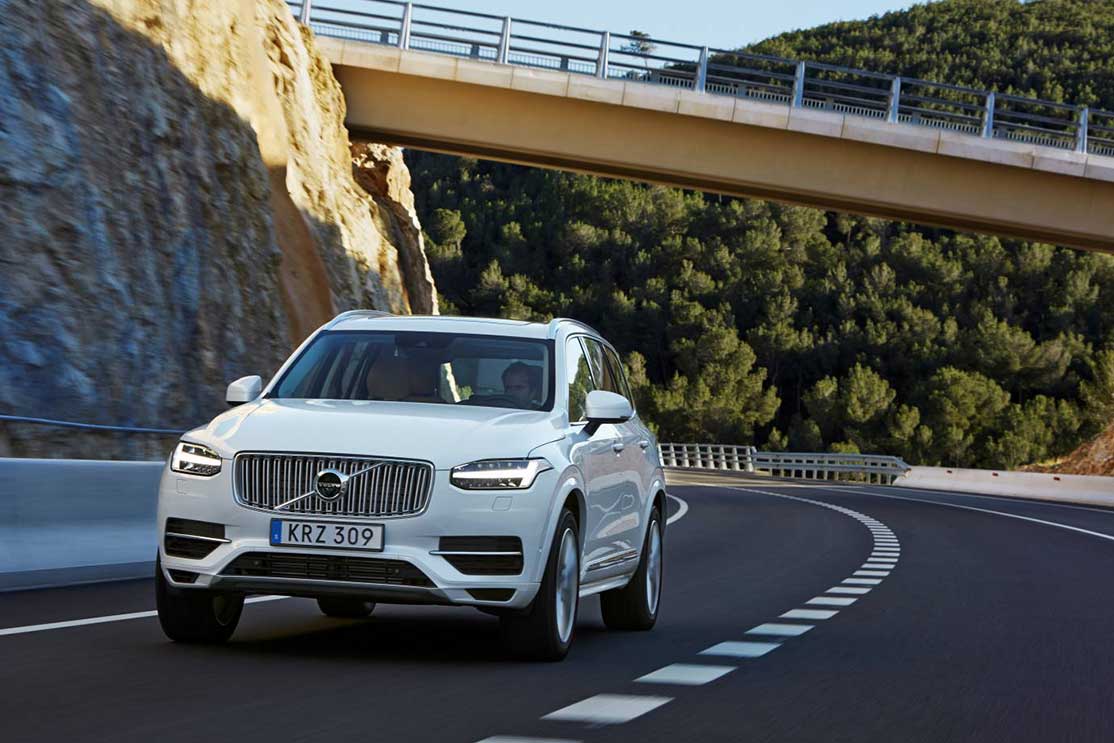 It’s been 12 years since the first excellent and rather underrated XC90 hit the showroom. But an all-new version is finally here.

On sale from August, and starting at around $90K, the XC90 range features the first seven-seat plug-in hybrid claiming 2.1L/100km and 43km from its electric engine. There are also straight four-cylinder petrol and diesel engines and a load of front-running tech including intuitive crash avoidance and braking, night vision accident avoidance, and radar rear collision sensors which grab the occupants by the belts if it senses a nose-to-tail.

It also features the brand’s new beefed-up look (they even call the headlight design ‘Thor’s Hammer’), which will roll out over the rest of the range as they are updated.

Audi Q7: A long-awaited new version of the big seven-seat SUV.
Audi RS3: Super hot-hatch finally makes it to Australia after years with only an S3 version.
BMW 3 Series: A big makeover for the middle-aged sedan staple.
Ford Everest: With the Territory ending production in 2016, the Everest uses a Ranger utility backbone for its new seven-seat SUV.
Holden Commodore: The last upgrade for the current Commodore range.
Honda Jazz Hybrid: Electricity combined with a 1.5-litre petrol engine claim economy as low as 3.0L/100km.
Holden Insignia VXR: Turbo, all-wheel-drive performance sedan with European flavour.
Honda Civic Type R: Iconic hot-hatch finally gets full oomph with a turbocharger.
Hyundai Tucson: Small SUV gets a big makeover while staying price competitive.
Kia Optima: Hybrids and turbochargers feature in this mid-sized sedan overhaul.
Ford Focus: Facelift for the Focus and possible arrival of RS hot-hatch.
Mazda2 sedan: Return of the booted version of the Japanese carmaker’s top-selling light car.
Mercedes-AMG GT S: Bye bye SLS, hello GT S; one of the coupes to buy if you have the cash.
MINI Cabrio and JCW: Third iteration of the sunny cabrio arrives in time for summer. And the latest ‘John Cooper Works’ top-shelf performance Mini has more power than ever.
Mercedes-Benz V-Class: A new moniker for Merc and a new take on the eight-seat people mover.
Porsche Cayman GT4: Cayman moves farther away from base Boxster and into Carrera territory with a hard-hitting track-attack version.
Skoda Fabia and Monte Carlo: New versions of the Volkswagen Group’s affordable hatch and hotter-hatch.
Suzuki Vitara: Sitting beneath the Grand Vitara in the food chain, the Vitara offers promising soft-road frivolity at an affordable price.
Toyota HiLux: Australia’s best-selling 4x4 gets a much-needed overhaul to try and keep its crown.
Volkswagen Passat: Version eight of the mid-sized sedan and wagon.
VW Golf Alltrack: VW’s all-wheel drive Golf is raised for soft-road adventures.