What does oil do?

Oil is vital to keep your car humming along the road and doing its job. David Morley explains why.

Without oil, a car’s engine would run for a very short time before it ground to a halt, seized solid.

That’s because the main job of oil in a motor is to lubricate the metal parts and stop them rubbing against each other so hard that they create excess friction (and therefore heat) and weld themselves together, or simply melt. But there’s more to it than that, because engine oil actually has three jobs to do.

Beyond its lubricating task, oil is also responsible for helping to cool an engine. As oil moves around the engine (via a pump, much like your heart pumps blood around your body) heat from all those moving parts is carried away to cooler parts of the engine where the oil itself cools before being pumped back through the engine again.

The third function of oil is to keep the inside of the engine clean. Small bits of metal from worn parts of the engine, dust from the air, contaminants from the fuel and bits of rust and scale from inside the fuel tank are all caught and suspended in the oil and then carried to the oil filter where those nasties are trapped and prevented from another journey through the delicate engine internals.

Clearly, this oil is important stuff and that’s why it’s critical to keep your engine’s oil clean by changing the oil at the appropriate intervals. And don’t forget to change the filter: Why you’d put clean oil through a dirty filter is a dead-set mystery. 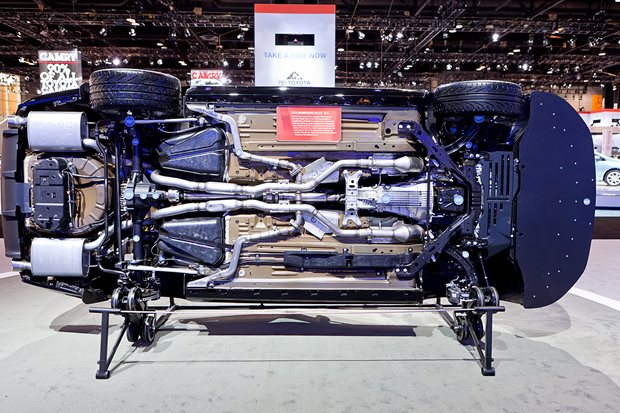 What is a Powertrain or Drivetrain?

When you go looking for a new or used car, you often come across terms like kilowatts, Newton metres, semi-automatic gearboxes and all-wheel-drive – to name just a few. They...