Run the acronym DOHC through a search engine and it's likely to come up with two explanations, but as this is a car website, we'll assume you are not interested in the Department of Health and Children in Ireland.

In the automotive context, DOHC stands for Dual or Double overhead Camshaft. Prior to the engine innovation, four-stroke engines were SOHC. You guessed it: single overhead camshaft. Let's break that down.

The camshaft is the device responsible for opening and timing the closing of the engine's valves - the central component that lets air and fuel in, and exhaust gasses out. It's a sturdy rod of iron or steel that has a series of lobes called 'cams' spaced out along its length. As the shaft turns, the egg-shaped cams open the valve at a precise time and, as they continue to rotate, allow the valve spring to close it again.

Older engines have their camshafts located down low inside the cylinder block and operated the valves via a series of levers and pivots. These engines are described as OHV or overhead valve. But in an overhead cam design, the camshafts are located at the very top of the engine where the lobes can act directly on the valves, reducing complexity and weight and allowing the engine to rev faster.

Read next: How do 'roller rockers' fit in? 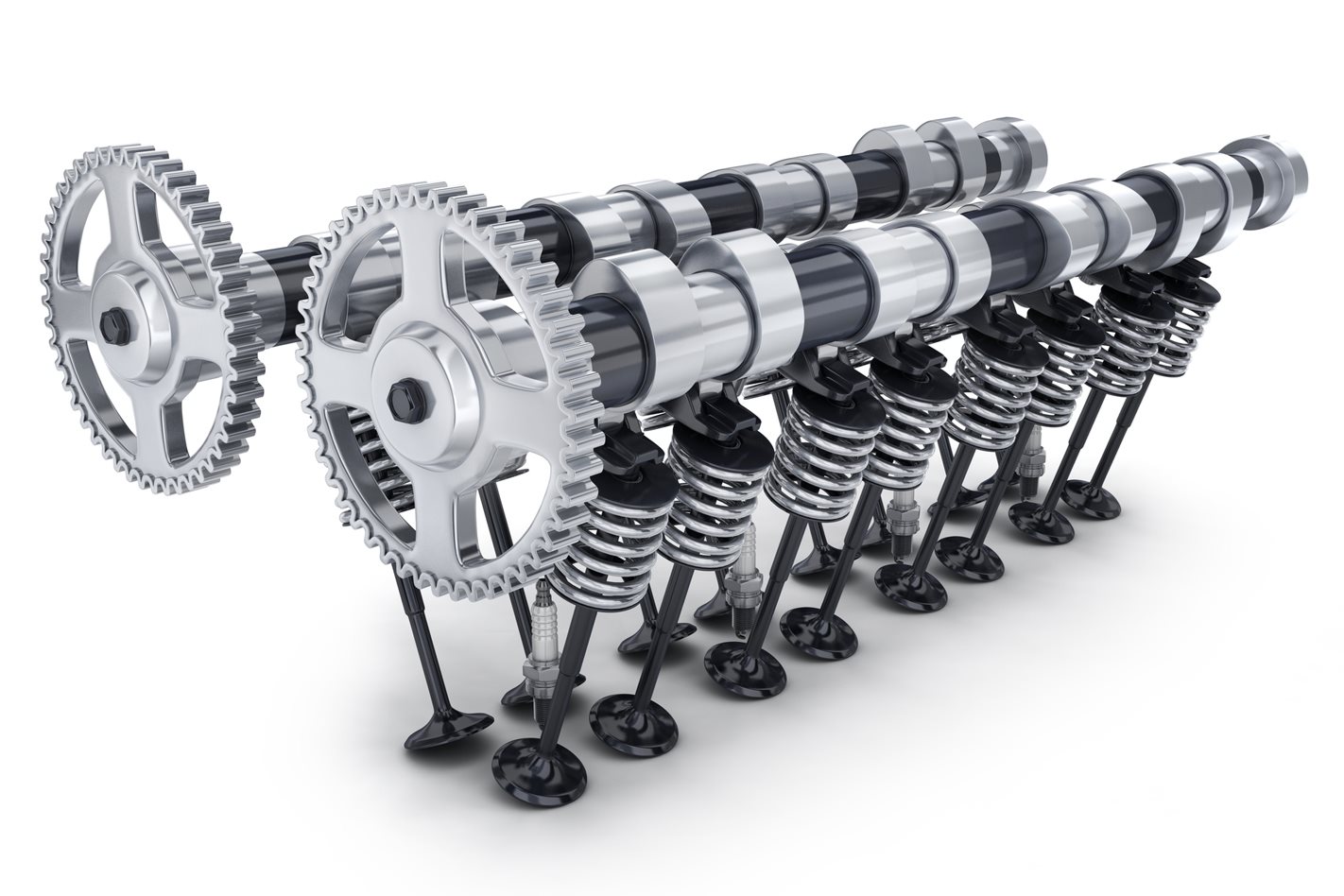 By using two camshafts instead of one, it’s easier to design and build an engine with multiple valves per cylinder, which boosts efficiency and power and torque while, at the same time, arranging those valves in a more efficient and compact pattern.

It used to be a big deal, but with a few notable exceptions (mainly old school, large capacity V8s) all modern engines feature DOHC these days. The popularity of DOHC might be new, but the technology itself is not. As early as 1912, Peugeot had a four-cylinder DOHC design which it used to win the French Grand Prix of that year.

Just when you had got your head around what single and double camshafts mean, we might be about to lose them altogether. Some engine manufacturers are working on technology that does away with the camshaft completely, with valves operated by electric or hydraulic solenoids.

Swedish hypercar maker Koenigsegg already has a vehicle in production with its 'cam-less' engine, and Formula 1 engines have been functioning without camshafts for many years.

But beyond that, electric vehicles - which require no camshafts, pistons, cranks or anything in the way of rotating parts much beyond the main motor rotor - will spell the end of the camshaft and anything it attaches to.