Tradies with ambitions to be the envy of the worksite will soon be able to get their hands on the most powerful, fastest all-wheel-drive ute on the Australian market – the Volkswagen Amarok Adventura.

Revealed overnight as the flagship model heading up a big mid-life makeover for the six-year-old ute range, the Adventura is expected to land in Australia as a $75,000 V6-engined workday warrior, with its 165kW 3.0-litre V6 producing a weekend plaything-towing serve of 550Nm.

Top speed is an impressive 193km/h, too, all of which will make the Adventura the fastest, most powerful jacked-up all-wheel-drive tradie on sale here when it arrives in about November. 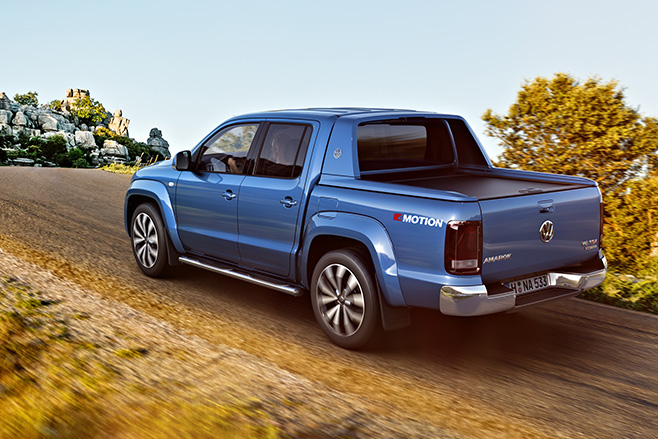 The new V6-engined version’s performance trumps the current twin-turbo 2.0-litre four-cylinder mill, which produces 132kW and 420Nm in its most powerful state of tune.

The Adventura also gives Volkswagen something to sell to trade ute buyers wanting a touch more towing prowess and car-like comfort over more utilitarian trade utes on the market – a corner of the commercial vehicle sandpit that Mercedes-Benz is also keen to exploit.

According to VW, the range-topping Adventura will come with the carmaker’s eight-speed automatic transmission that’s already offered on the four-cylinder versions. The auto adds paddle shifters, too, we note. 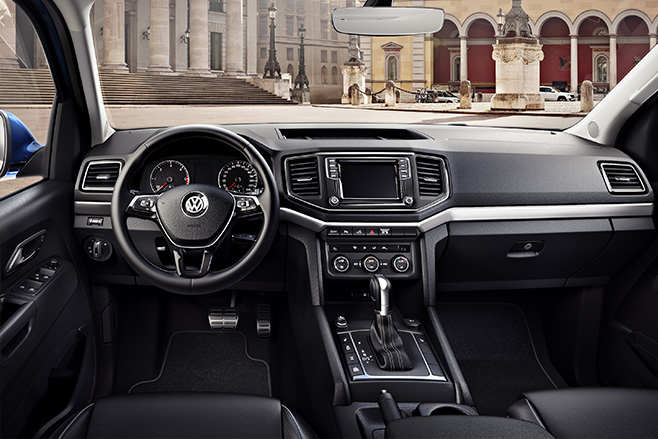 Volkswagen also released more details of the running changes it will make to its six-year-old ute.

In terms of fit-out, the Amarok will add 14-way, leather-lined electrically adjusting front seats to the options list, showing VW is prioritising comfort as part of its shake-up of the range.

A neat optional feature is a multimedia system that uses the Bluetooth system’s microphone to pick up the driver’s voice and broadcast it into the rear seat space. VW says it means the driver no longer has to turn backwards while on the move to chat with rear-seat passengers. 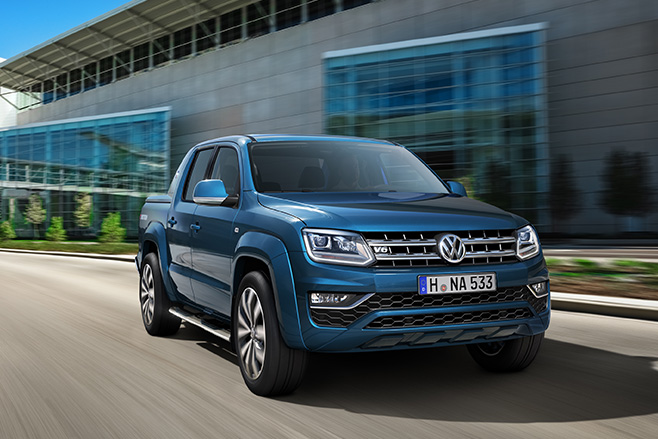 We have to note, though, that VW has flagged that all this extra comfort and features will come at a slight price increase. That means the $35,490 entry-level price for the 132kW/400Nm Amarok Core with a six-speed manual gearbox is expected to rise by around $1500 when the new-look ute lands here late this year.

The fresh-faced Amarok will compete against a suite of newer, more technology rich competitors that include the recently freshened Ford Ranger and Mazda BT-50, the Holden Colorado (that is also due for a Chevrolet-style makeover later this year), the still-shiny Nissan Navara and Toyota Hilux, and the Isuzu D-Max.

The future of the ageing Mitsubishi Triton, meanwhile, is on hold while the fallout from Nissan’s recent bold takeover bid for its Japanese rival opens the possibility of spinning a next-gen Mitsubishi-badged trade ute off the Navara’s ladder-frame platform. The Nissan ute is also expected to spawn the Renault-badged Alaskan version some time soon.