Here’s a first look at the Mercedes-Benz GLT-Class, a four-door workhorse the luxury carmaker wants to sell in Australia from 2018.

Wearing strong Mercedes-Benz visual clues to distance itself from the Nissan Navara on which it will be based, the GLT features the classic wide Benz grille framed by a pair of swept-back headlights. 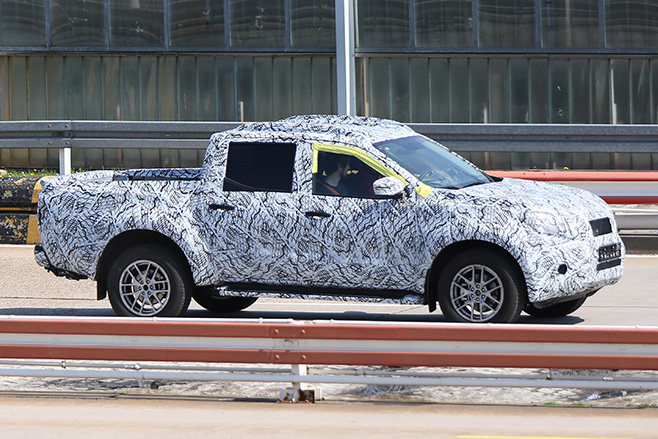 Many features, such as the doorhandles, roof rails and long-drop tail-lights, mimic that of the Navara, but Mercedes-Benz has taken a different approach with the tailgate, which has the release handle mounted much higher than on the Nissan version.

Inside, the GLT is expected to replicate the cabin rolled out in the commercial van-based V-Class rolled out in Australia last year. That includes a large, centrally mounted colour LCD screen and a dash-mounted dial used for the ‘Comand’ multimedia interface.

More upmarket versions are likely to have the same mix of real and synthetic leather, varnished wood and brushed aluminium trim expected of a Benz badge, while more workmanlike versions will feature more hard-wearing trim and material. 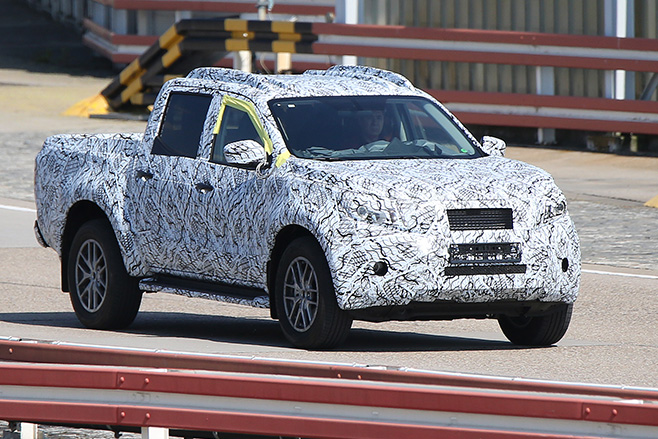 As well as an economical twin-turbo 2.1-litre four-cylinder engine, Mercedes-Benz is believed to be working on a more powerful V6 option for buyers wanting to hook up a caravan, horse float or boat.

The GLT probably won’t be as cheap as some of the players in the segment. Rather than price it for the worksite, the Benz-badged tradie’s friend is expected to be a high-end model competing with the likes of the sub-$60,000 Toyota Hilux SR5, Ford Ranger Wildtrak and Holden Colorado ZR1.

One thing it won’t do, however, is stretch to the price of Benz’s other tray-backed workhorse, the G-Class Professional ute. The luxury brand ran the numbers on bringing the almost military-specification ute to Australia, but wisely thought buyers would struggle with the circa-$80,000 price tag for a vehicle with a hose-out interior as a unique selling. 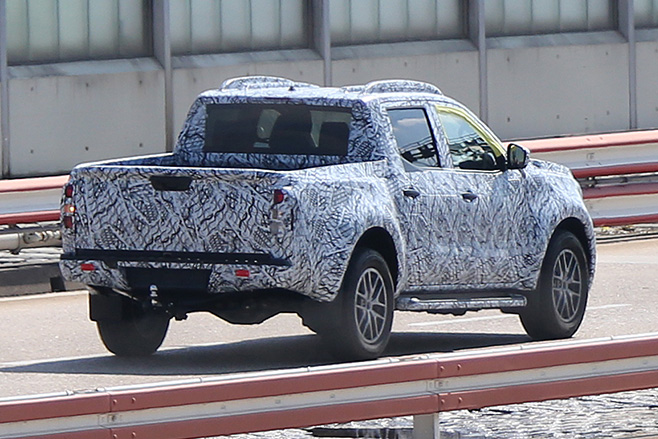 The GLT-Class, which also may yet wear an X-Class badge by the time it rolls into production form, is pitched at one of the hottest segments of the new-car market. Aussies love their jacked-up, family friendly workhorses that work all week and play all weekend.

Last year, one in five new vehicles sold in Australia was a trade ute. And this country accounts for one in 10 of the estimated 2.3 million utes sold globally.

We’re expected to have our first close-up look at the Mercedes-Benz GLT just ahead of the Paris motor show in early October.

However, our first glimpse could be a lot earlier because Mercedes-Benz has flagged that Australia is a key market for the ute, and that some of its development work is likely to take place here.

Interested to learning more about future utes? Read our article on new utes coming to Australia.