Honda goes back to the drawing board with its mid-size SUV, giving it sharper looks and more space.

THE 2017 Honda CR-V has just been revealed, showing a mid-size SUV that has more tech, space and the first turbocharged engine to ever power the popular SUV.

The fifth-generation CR-V has been completely redesigned and sports an aggressive look including a sharper front-end, sleek headlights surrounded by wing-shaped LED daytime running lights, and chunkier wheel arches. The rear looks more like a European SUV with a shorter overhang and twin exhaust pipes.

The reengineered 2017 Honda CR-V is built around a new, stiffer chassis that should further improve ride and comfort. It also has a longer wheelbase meaning a more spacious cabin that Honda claims has the best rear legroom in its class. 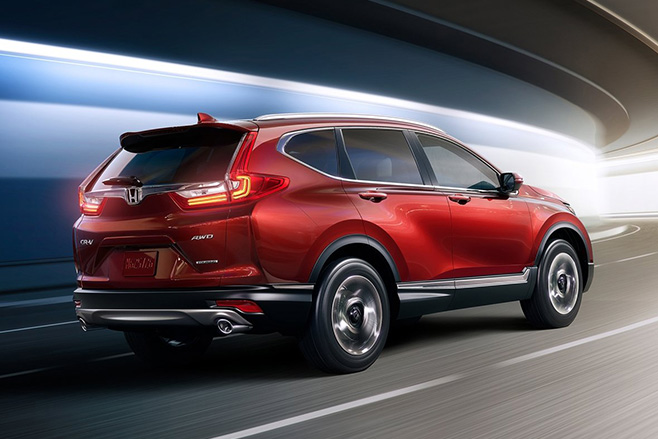 Despite the extra length the CR-V will still only be available as a five seater.

The “more premium interior” features upgraded materials throughout, including a soft-touch instrument panel and a high-resolution seven-inch TFT touch screen in the centre of the panel. It integrates Apple CarPlay and Android Auto and is now loaded with Garmin-based satellite navigation.

The radio unit even features a volume control knob, a simple touch that anyone who has driven a late-model Honda would appreciate – in some other models the carmaker has replaced it with virtual controls accessed via the touchscreen. 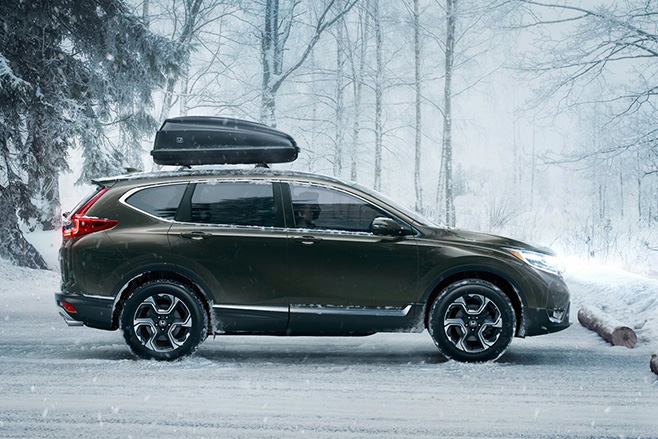 ‘Honda Sensing’ driver assist technology will be standard on some models and includes collision mitigation braking with forward collision warning and pedestrian sensing capability, an adaptive cruise control system that works at low speeds, and a more advanced lane keeping assist system. Blind spot monitors, a function that stops you from reversing out into oncoming traffic and auto high beam headlights are also being introduced. 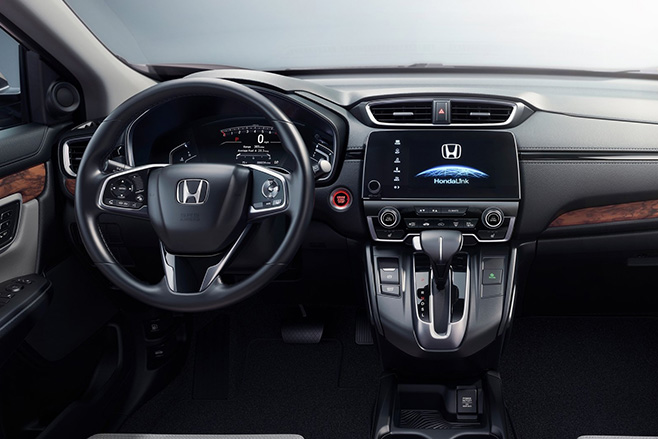 Honda has so far only provided engine details specific to the car’s US launch. These include a 140kW 1.5-litre twin-cam, direct-injected and turbocharged four-cylinder engine and the naturally aspirated 2.4-litre twin-cam unit available in current CR-V 4WD models.

It’s unclear if the turbo will be available across front- and all-wheel-drive variants.

The Honda CR-V will arrive in Australia in the first half of 2017. Its extra space and sharper styling should give it an edge against rivals such as the Mazda CX-5, Nissan X-Trail, Hyundai Tucson and Mitsubishi ASX.

Local specifications and pricing are expected to be released closer to launch date.