Folding targa-topped version of Mazda’s strong-sellling MX-5 will carry a decent price premium over the Roadster.

Mazda has revealed pricing and some specification details for the long-awaited MX-5 RF Retractable Fastback, ahead of its February 1 release in Australia.

Kicking off from $38,550 before on-road costs, the rakish two-seater coupe with the targa roof opening and a 2.0-litre engine will attract a premium of about $4000 over the continuing Roadster 2.0 convertible equivalent. Like the rag top, it will also offer a better-equipped GT 2.0 version, priced from $43,890. Even at this price, the newest addition to the MX-5 family is still cheaper than the previous generation’s entry-level model. 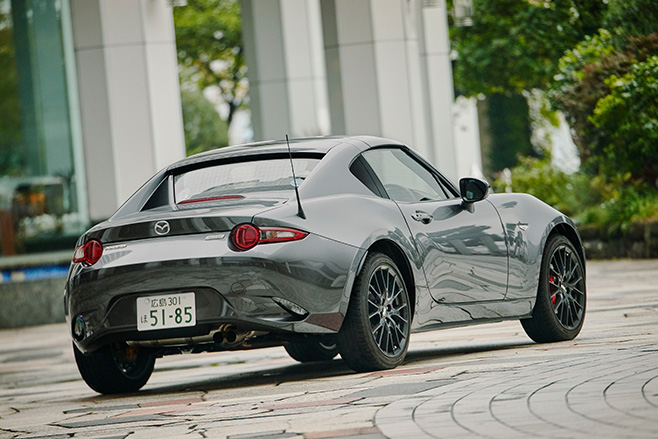 With no RF 1.5 planned for now, this gives the Mazda MX-5 range one of the broadest spread of variants in the series’ 27-year run in Australia; the Roadster 1.5 manual starts from $31,990, while the RF GT auto – offering leather, Bose audio, heated seats, a digital speedo, LED tail-lights and trim upgrades – tops out at $45,890. A new Nappa leather seat upholstery option in lieu of the GT’s regular cowhide is an extra $1000 for the flagship version. 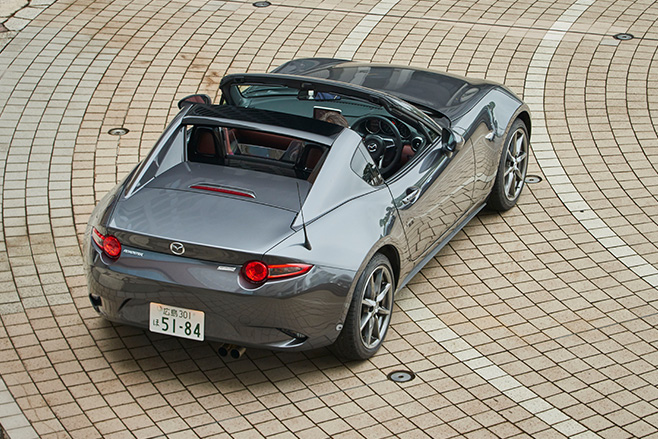 Additionally, the RF will score a 4.6-inch TFT screen in the instrument display, LED headlights with adaptive lighting, and a leather-wrapped steering wheel, as well as a series of driver-assist system items not available on the Roadster, including blind spot monitoring, lane-change assist, and rear cross-traffic alert devices. These are likely filter down to the rag-top.

Mazda hopes the RF’s rich packaging, along with its targa coupe silhouette, more secure roof panels and extra sound deadening will lure in a different type of buyer to the MX-5 family.
The roof takes 13 seconds to retract and can be operated at speeds of up to 10km/h. It adds around 45kg in extra weight compared with the Roadster equivalent. 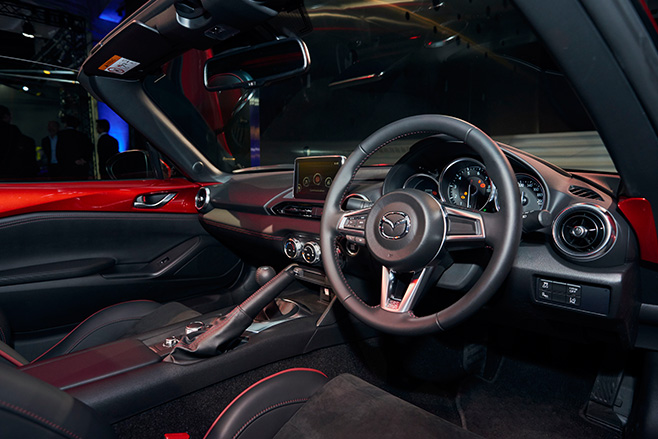 The RF also adds a new paint colour to the MX-5 palette – Machine Grey Metallic, which attracts the same $250 premium over the normal hues as the Soul Red.