Mercedes’ baby SUV comes of age with a facelift and a quicker new AMG GLA 45 edition.

Mercedes-Benz’s has given its GLA crossover a makeover for 2017 with punchy exterior and interior updates based on ‘expressive design’ that matches the different variants.

The most obvious feature of the new range is the facelifted front bumper that surrounds redesigned air-intake grilles. 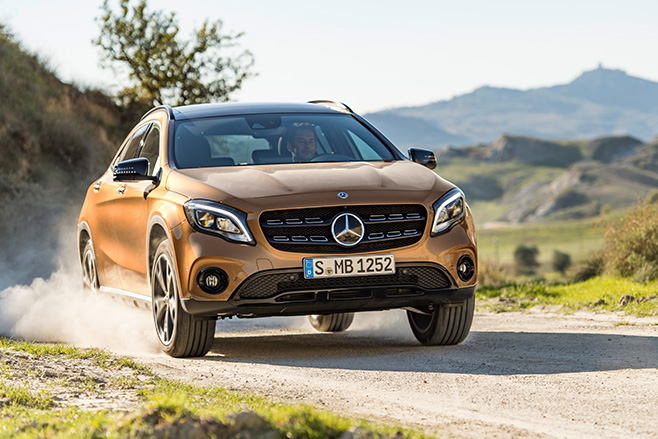 There’s also a new colour, ‘canyon beige’ to highlight the 2017 range, which has a choice of three chassis variants including standard comfort suspension and two with lowered suspension heights.

Inside you’ll get new seat covers and trim as well as chrome-effect control panels and new-look switches. 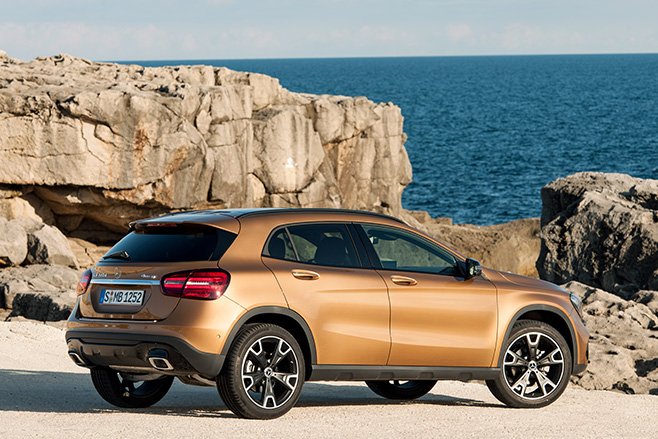 The range is topped by the show-stopping Mercedes-AMG GLA 45 4Matic Yellow Night Edition, with aggressive black with yellow trim that stands out from the standard GLA 45 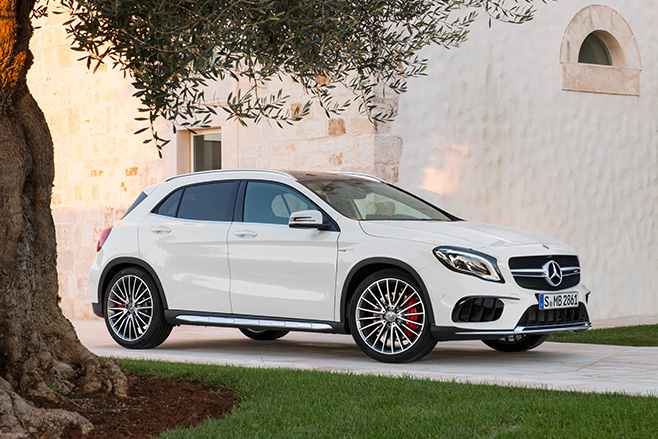 For the AMG models, the most obvious visual difference lies in the sharper front bumper featuring a new front splitter insert and aerodynamic side strakes to improve airflow through the newly shaped air-intake grilles. 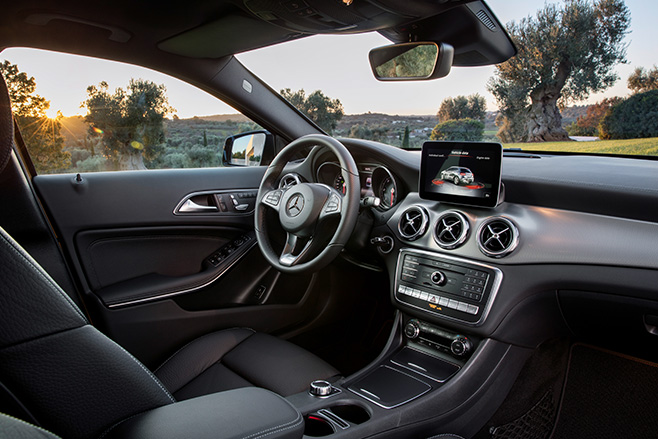 The new -45 models reach 0-100km/h 0.4 seconds quicker, hitting the ton in just 4.4 seconds. It has the same 280kW/475Nm 2-litre 4-cylinder turbo petrol engine as before, but software revisions to the launch control system have helped slash  its 0-100km/h time.

The 2017 Mercedes-Benz GLA is expected to arrive in Australia in the middle of the year though the company is yet to confirm if this will include the new GLA 200 4MATIC or AMG GLA 45 4MATIC Yellow Night Edition.

Local pricing and specifications have yet to be announced.