Six years after the doors opened at AMG, it finished second overall at the 24 Hours of Spa. Its oddball racer was a highly modified Mercedes-Benz 300SEL 6.3 that became known as The Red Pig. Up against a grid of lightweight, thoroughbred race cars the hulking Benz was a sight to behold, and it was a proper hot rod under the bonnet to keep up with the competition. AMG stretched the 6.3-litre V8 to 6.8-litres, taking outputs to 319kW and 607Nm.

For an outfit that began life with a staff of two (Aufrecht and Melcher) tuning engines in a rural barn, the class win and overall podium finish was a staggering achievement. It created enough buzz to catch the attention of Mercedes-Benz, and represents the first major milestone in AMG’s history. 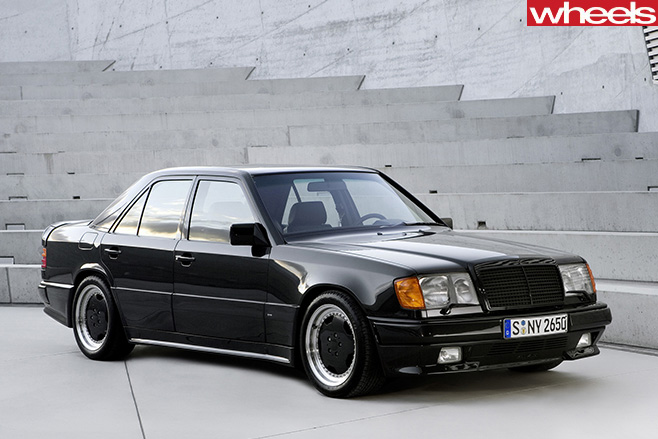 At the time, the Hammer was one of the fastest sedans in the world, able to break the 300km/h barrier. AMG took the 5.0-litre quad-cam V8 from the W126 Mercedes-Benz S-Class and squished it into the W124’s engine bay, but not before increasing displacement to 5.4-litres (in early cars), and 5.6- or 6.0-litres in later cars.

Outputs peaked around 280kW, which was enough to hang with supercars of the day.

This was the car that truly put AMG on the map as one of the world’s most formidable tuners. Before this car, AMG was only building its performance models in small numbers. Things changed with The Hammer, and by 1990 AMG had joined forces with Mercedes-Benz to go worldwide. 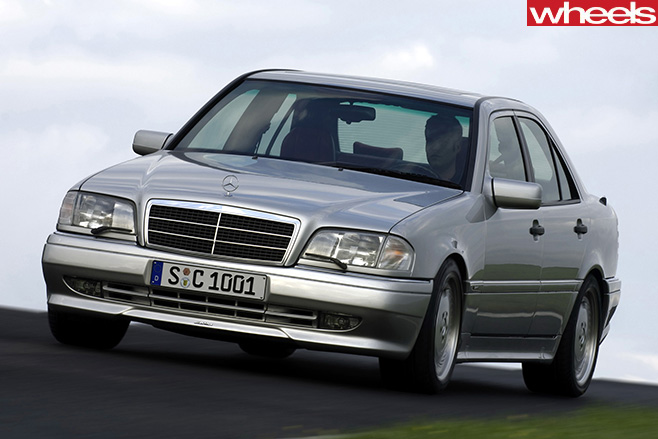 AMG took the regular C280 sedan from Benz, bored and stroked the 24v 2.8-litre straight-six out to 3.6-litre, mated it to a special auto ‘box and assembled the whole package (with a unique body kit to finish) at its own factory.

Wheels described it at the time as “certainly the most engaging – and exciting – driver’s car in the entire Mercedes-Benz line-up.”

It was around $25,000 more expensive than the M3 to buy in Oz, but it was more highly featured with electric, leather seats; traction control and cruise. The C36 served to jumpstart our local love affair with the go-fast brand from Affalterbach. 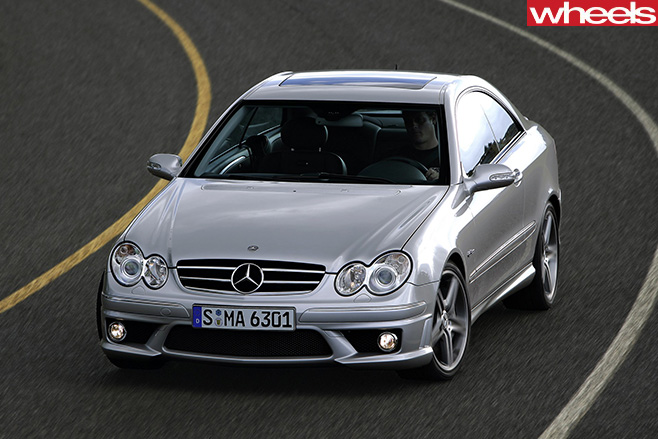 Think AMG, and the numbers ‘6’ and ‘3’ follow closely behind. In 2006, AMG released the very first Mercedes-Benz CLK63 AMG and a new legion of fans took notice.

The CLK63 featured AMG’s M156 6.2-litre naturally aspirated V8 engine, developed in-house by the company originally for the DTM racing series in which it competed.

It had already been seen in higher-end Merc’s like the Mercedes-Benz E63 and S63, but its introduction to the smaller, sportier CLK was a turning point.

When the CLK63 arrived in Australia in 2006 it had 354kW, 630Nm, and an exhaust note that nobody could forget. The engine was the star attraction, and the car is iconic almost solely because of it. AMG kept using the M156 in various states of tune right up until the current C63 launched in 2015 with AMG’s new performance hero, the 4.0-litre twin-turbo V8. 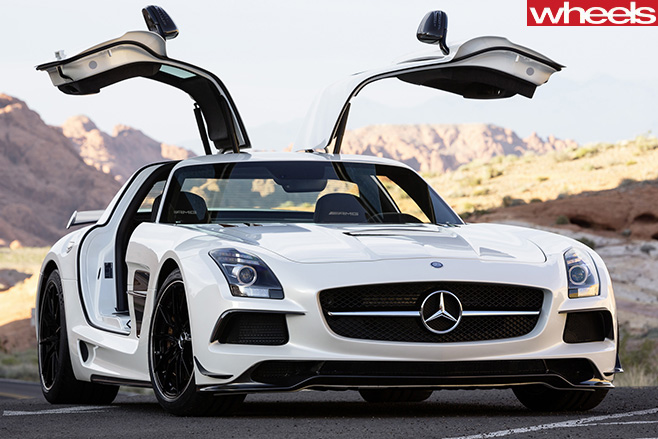 From humble tuner beginnings, to ratified in-house performance division, to fully-fledged automaker in its own right, AMG has gone from strength to strength. The Mercedes-Benz SLS was the first all-AMG car, designed and developed from the ground-up by the outfit from Affalterbach.

The SLS model is a significant brand landmark in its own right. However, it’s the SLS Black Series that makes the list as not only the most desirable SLS ever, but also as the host to the pinnacle version of AMG’s 6.2-litre V8.

AMG has since developed the AMG GT, its second ground-up car, and it is a superior car in many ways, but the SLS holds a unique place in AMG history for its ambitiousness (gullwing doors!) and as the first of its kind.