The Suzuki S-Cross Turbo little high-rider gets equipment and performance boost as the Japanese brand introduces a new single model for the three-year-old compact SUV.

The move ends the offering of manual transmissions and all-wheel drive, and lifts the S-Cross’s starting price significantly – from $22,990 to $27,990.

The base Turbo, however, is $2000 cheaper than the former GLX it essentially matches for equipment, and also $1000 less than the entry Vitara Turbo. Standard gear includes satellite navigation, Apple CarPlay, dual-zone climate, keyless entry/start, 17-inch alloy wheels and reversing camera. 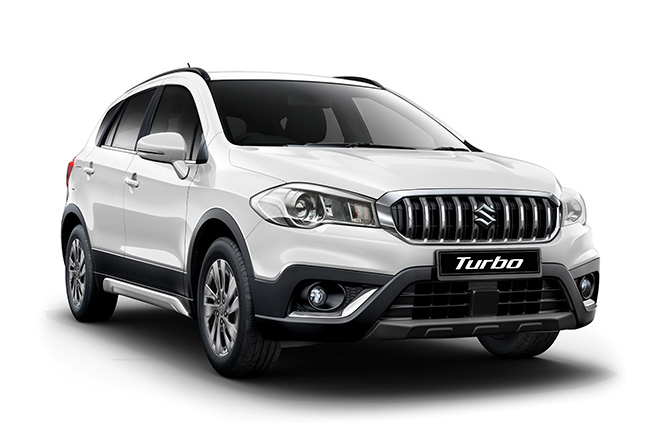 Suzuki Australia is currently offering driveaway pricing that adds just $1000 to the RRPs.

The turbo engine’s outputs of 103kW and 220Nm surpass the 86kW and 156Nm of the original S-Cross, which should compensate amply for an extra 45kg in overall vehicle weight.

Official fuel consumption of 5.9 litres per 100km is marginally thirstier than the 5.8L/100km of the 1.6L front-wheel-drive S-Cross models.

The S-Cross has been struggling in the market compared with Suzuki’s alternative small SUV, the Vitara. Vitara sales have almost reached 5000 at the end of October, where S-Cross sales are down 60 per cent to 483 units at the same stage.

Suzuki Australia will bolster its small-SUV range in 2017 with a new-generation Ignis.