Volkswagen has detailed the 2017 Golf 7.5 line-up for Australia ahead of its arrival in July this year, including a more expensive - but value-packed - entry point, more Alltrack crossover variants and the permanent addition of the Golf R Wagon to the family.

The previous 1.4-litre base 92TSI wagon and hatchback have been culled from the range and are replaced by a more powerful 110TSI version, kicking off from $23,990 before on-road costs for the six-speed manual hatchback or $26,490 when optioned with the seven-speed DSG dual-clutch auto.

That price represents a $1150 increase over the outgoing Golf 7 92TSI, but its replacement offers a power boost to 110kW and specification closer to the previous Comfortline version, Volkswagen says, which was on offer for $28,340.

For the new base model, Volkswagen has added autonomous city braking, a larger 8.0-inch touchscreen with Composition Media and App-Connect, reversing camera and 16-inch alloy wheels, as well as the light facelift that brings LED tail-lights and LED daytime running lights at the front.

Above that, the 110TSI Trendline is available as both $24,990 hatch (DSG costs $2500 extra) and $27,490 auto-only wagon. In addition to the base 110TSI’s standard gear, the updated 110TSI Trendline grade gets automatic headlights, wipers and self-dimming rear-view mirror, front and rear parking radar, lumbar adjustment for the front seats and a central armrest with cup holders for rear passengers. 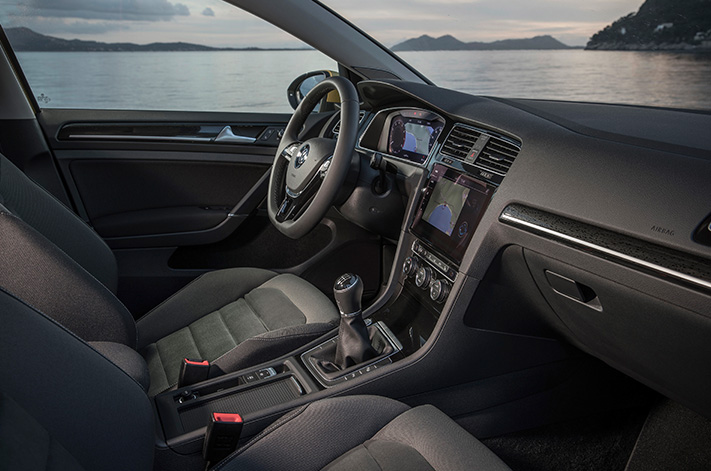 On the outside, the Trendline is identified by its black roof rails for the wagon and a different Toronto design for its 16-inch alloys.

Moving up to the 110TSI Comfortline grade costs $28,990 for the hatch or $30,490 in wagon guise with DSG auto the only transmission available. Extra equipment over the lesser variants includes Air Care dual air conditioning with allergen filter, navigation and Media Control added to the 8.0-inch-screen information and entertainment system, comfort-spec seats with passenger storage drawer and chrome interior trim highlights.

For the Wagon there is more chrome added to the roof rails, while ‘Dijon’ design alloy wheels gain an inch in diameter to 17-inch for both wagon and hatch.

Opting for the diesel donk brings the same 110kW of power as the petrol but with a hearty 340Nm of torque.

Extra kit over and above the Comfortline includes front fog-lights, sports seats with part Vienna leather in a choice of black or grey and electrical adjustment for the driver, colour multi-function display for the driver, keyless unlocking and engine start, panoramic glass sunroof, and LED interior illumination with ambient lighting.

Outside, the Highline has dual LED headlights and 17-inch Karlskoga wheels.

For the Golf 7 range the more all-terrain focused Alltrack was only on offer in one petrol variant, but the popularity of the model has prompted Volkswagen to introduce a second more luxurious petrol version as well as a diesel for 2017. 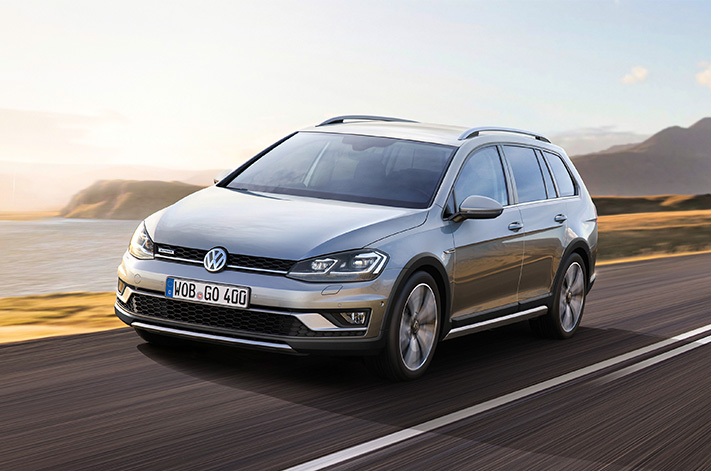 As before, the Alltrack is available with a 132kW 1.8-litre TSI turbo four-cylinder petrol engine coupled to a six-speed DSG automatic transmission for an opening price of $34,490, representing a $3850 saving over the outgoing version.

The new entry-level version brings cloth interior with leather for the steering wheel, the same 8.0-inch touchscreen as the rest of the range, Air Care air conditioning, 17-inch alloy wheels in Valley design, LED tail-lights, parking radar all round and several driving modes with an off-road mode to complement the boosted ride-height and 4Motion four-wheel drive.

For customers wanting equipment that more closely aligns with the Highline specification of the Golf hatch and wagon, the petrol Alltrack is also available as a Premium variant for $38,490.

At the top of the Alltrack pack, a new 135TDI Premium is on offer for $40,990 bringing the same specification as the petrol equivalent but with a 2.0-litre diesel that pumps out 135kW and 380Nm, matching the torque output of the new refreshed Golf R.

Speaking of which, there are significant changes in the Golf performance family as well. 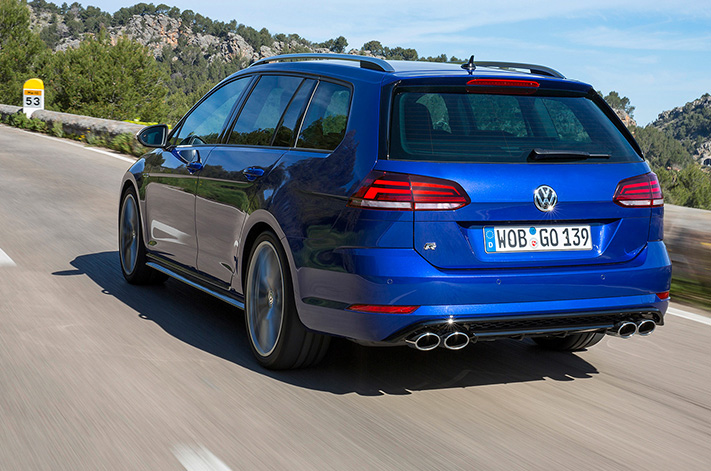 Previously, customers were only offered the Golf R Wagon in special Wolfsburg trim but, following significant demand for the hottest boot-boosted wagon, the German car-maker will now be offering a ‘standard’ R Wagon from January 2018, with pricing yet to be announced.

An engine upgrade to 213kW from 206kW and a number of kit enhancements including a bigger 9.2-inch touchscreen, gesture controls and a mild facelift are now offered for the updated Golf R hatch for an unchanged $52,990 in manual guis, or $55,490 for the auto.

Wolfsburg Edition versions will also be offered once again, but will be limited to 300 examples each for Wagon and hatchback. Pricing and launch timing will follow.

The venerable Golf GTI completes the range-wide update, bringing a more powerful standard GTI, which now aligns with the previous limited edition Performance version with 169kW. Pricing starts at $41,490 for a six-speed manual or $43,990 if you want the seven-speed DSG.

A GTI Performance Edition 1 special edition will also be on offer priced from $47,990, resurrecting the three-door GTI for as long as stocks last. 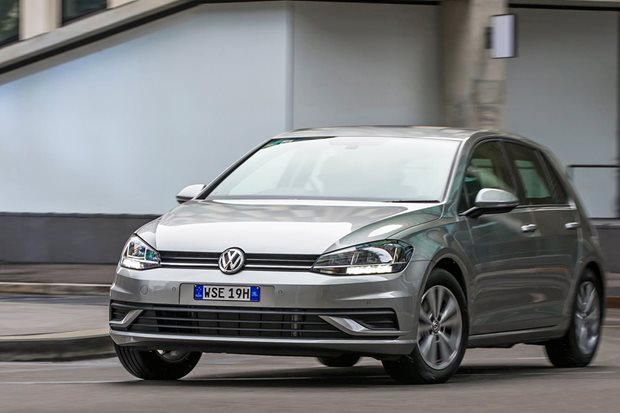