The Genesis G70 has been revealed in Seoul, sporting graceful lines, features-packed interior, and choice of three powertrains including a 3.3-litre twin-turbo V6.

The G70 will be offered in Australia as the Genesis standalone luxury brand, rather than a Hyundai badged model. 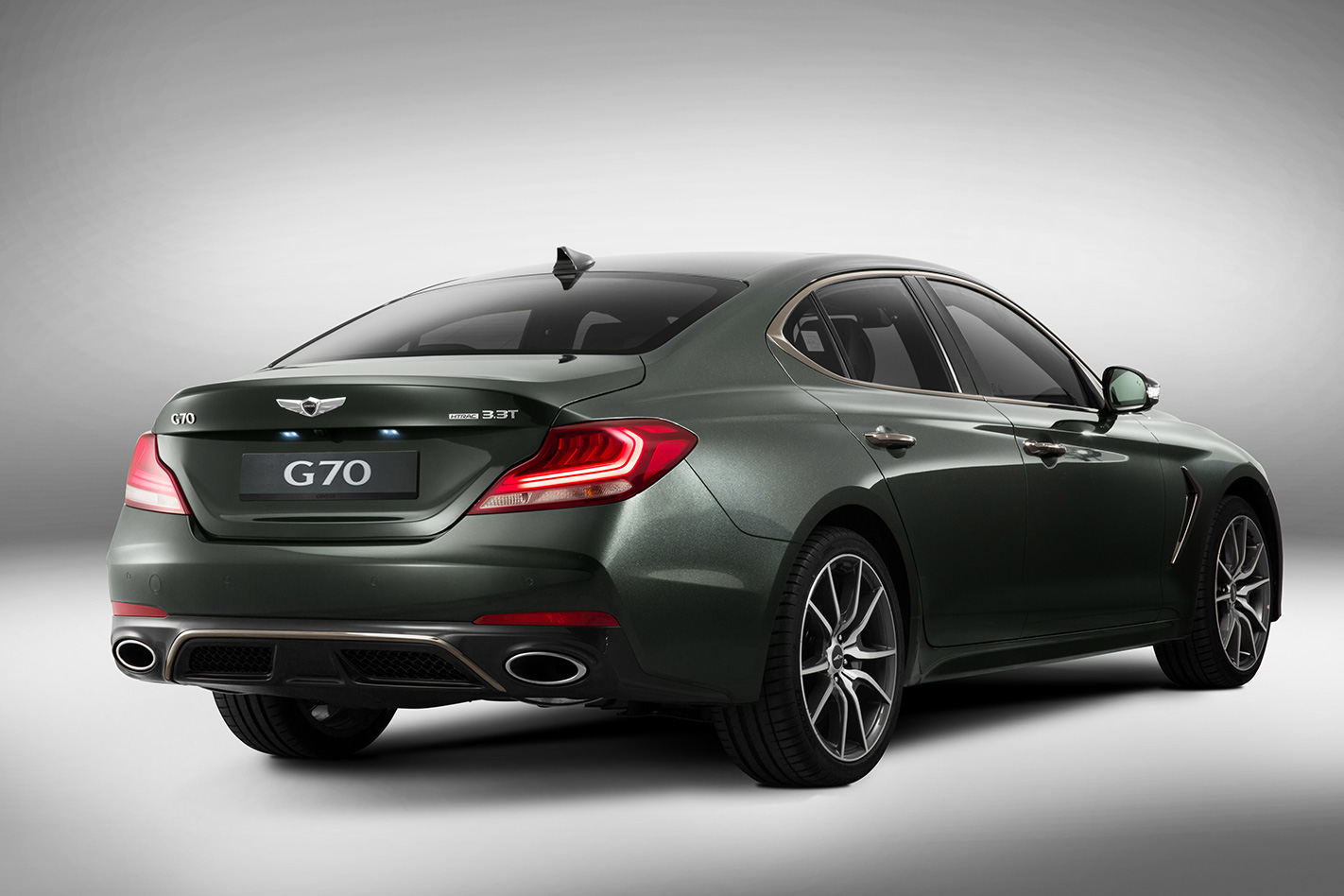 The G70 is smaller than the current Hyundai Genesis and will offer an alternative to smaller European luxury sedans such as the BMW 3 Series, Mercedes-Benz C-Class, and Audi A3 with semi-autonomous driver assist functions and advanced connectivity with server-based voice recognition technology.

The exterior echoes the BMW’s lines with a long hood, short front overhang, and a curved roofline that sweeps down to a high boot line. It’s similarly sized too, at 4685mm long and a wheelbase of 2835mm, it’s comparative to the 3 Series’ 4633mm/2810mm dimensions. 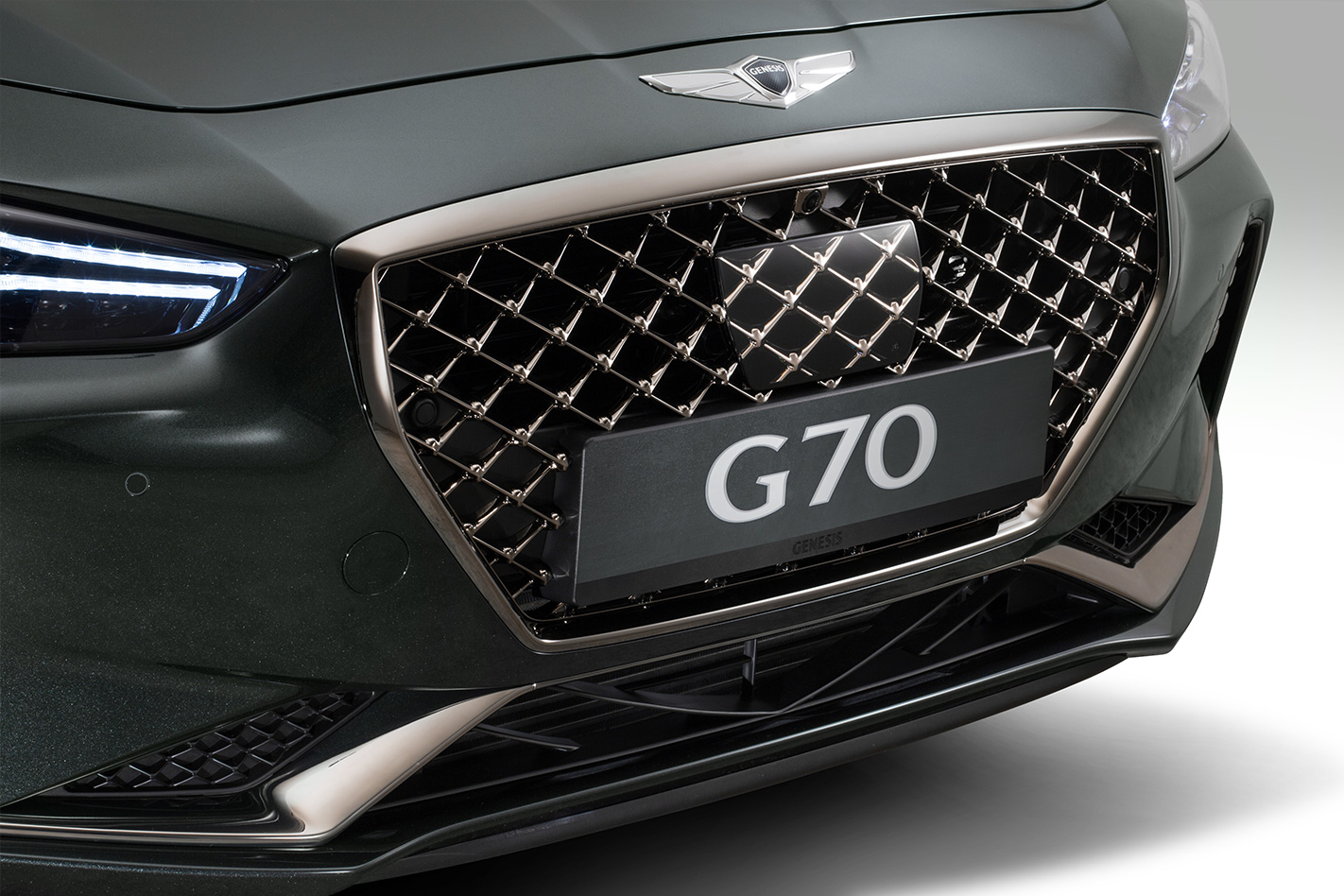 Inside, the premium interior looks functional but uncluttered with effective use of aluminium bright points and soft touch materials, sport-grip steering wheel, and Nappa leather seats with quilted stitching.

Comfort levels are enhanced with a smart posture control system which takes the driver’s body information and automatically adjusts the seat, steering wheel, outside mirror, and heads-up display to the optimal position.

Infotainment and connectivity includes an 8-inch touch screen display supporting MirrorLink, Apple CarPlay and Android Auto with voice recognition, while music is pumped out via a 15-speaker Lexicon surround-sound system. 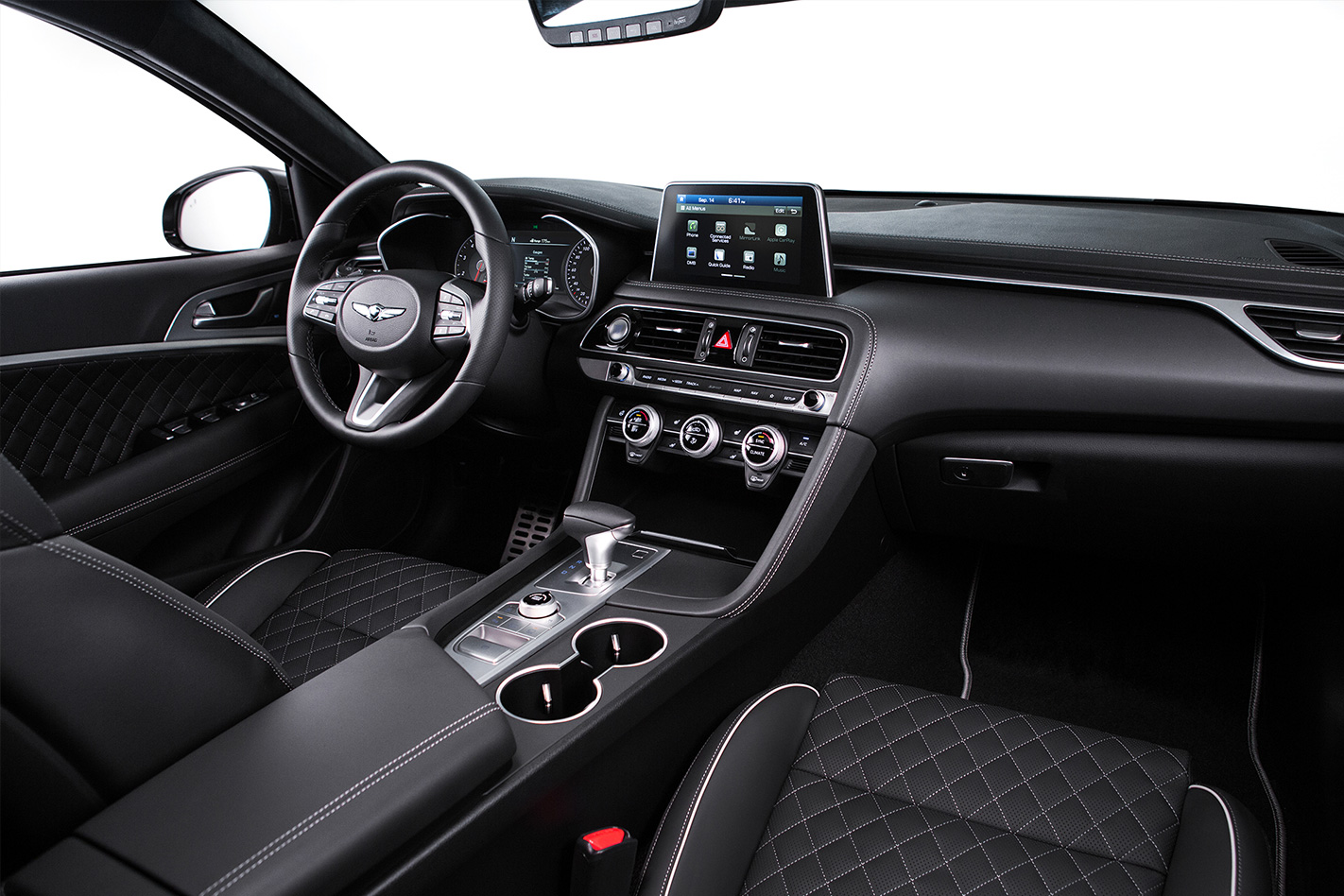 Like the current Hyundai Genesis, which scored the highest ever ANCAP score when released here in 2014, the G70 is brimming with passive and active safety measures including ‘Genesis Active Safety Control’ driver assist system package.

Equipment levels aside, Genesis is talking up the G70’s performance credentials which are highlighted by the range-topping 3.3T Sport that’s powered by the 3.3-litre twin-turbo V6 producing 272kW/510Nm and capable of reaching 100km/h from a standing start in 4.7 seconds and a top speed of 270km/h.

Its performance is backed up by “agile steering response and an optimal ride and handling experience” via variable ratio steering and electronically controlled suspension. 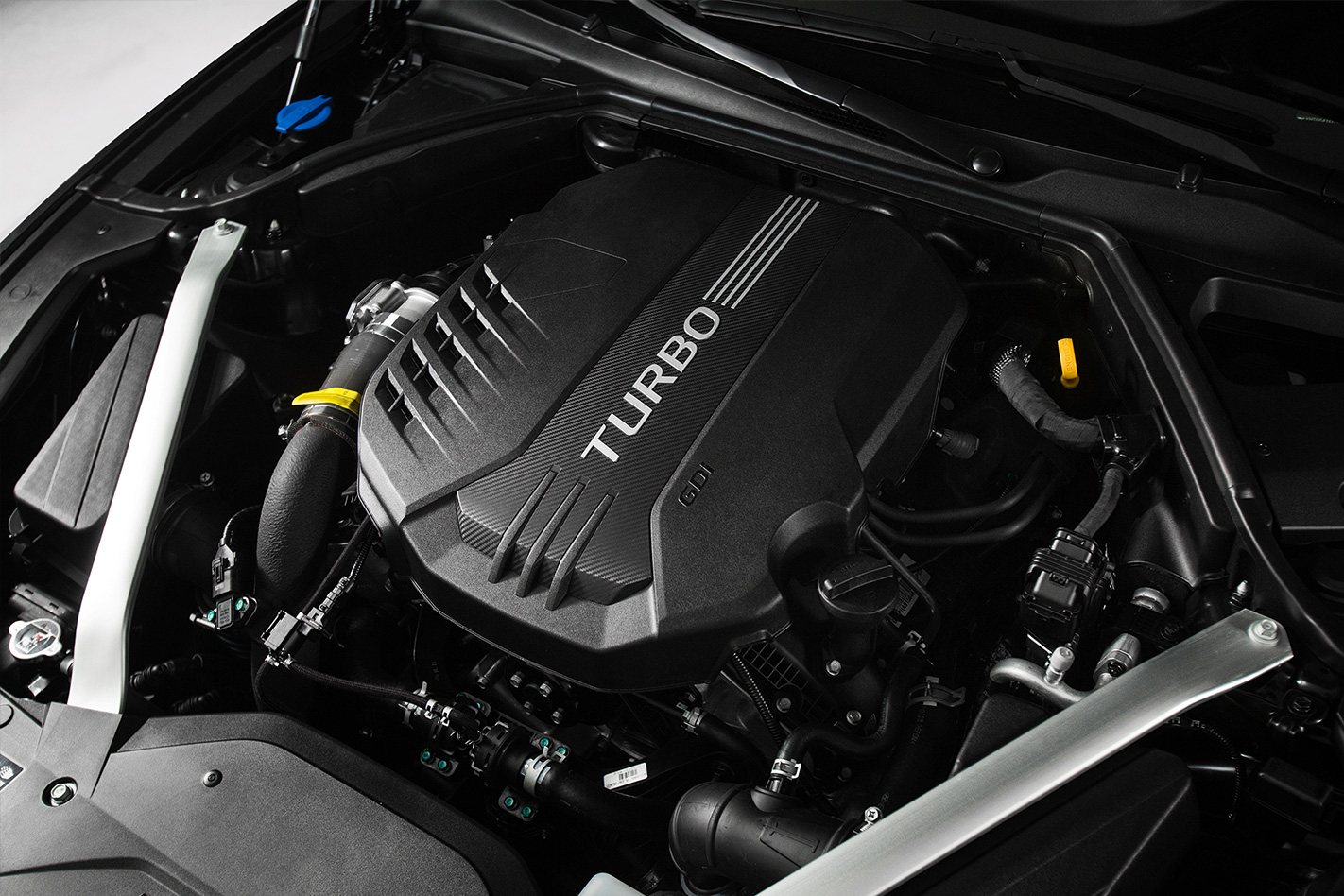 A smaller 2.0-litre GDI petrol turbo engine is also available, which produces 185kW/353Nm – and can be tweaked to 188kW as part of a Sports package.

There’s also a 2.2 litre 149kW/441Nm turbo diesel though that won’t be available in Australia.

The Genesis G70 will be available here from the first quarter of 2018, with entry-level pricing expected to be around the low-$50k mark.