Fresh from celebrating being Australia’s number-one selling vehicle for 2017, the Toyota HiLux range is being beefed up with three extra variants, including a new range topper.

The three new 4x4 models, called the HiLux Rogue, Rugged and Rugged X, are enthusiast-oriented offerings that bring new features to the range to “boost off-road protection, recovery and functionality”.

The Rogue and Rugged X will both sit above the SR5 at the top end of the Hilux family tree and will feature bold styling cues and additional equipment for more off road durability.

Obviously intended to take on the Ford Ranger Wildtrak, the Rugged X (above) features a high-tensile alloy bash plate and a winch-compatible hoopless steel bull bar - both of which are compatible with the vehicle's airbags and other safety systems.

It stands out over the SR5 with a new black grille with a bold interlocking honeycomb design and gloss-black surround, and also comes equipped with a snorkel, bumper mounted LED driving lights, high-strength front and rear recovery points, rock rails, a load-carrying sports bar and other heavy-duty components. 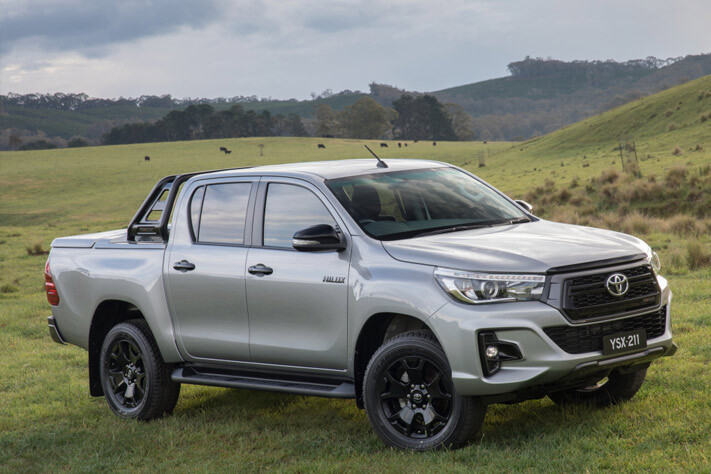 HiLux Rogue (above) goes for a more premium approach, and has a wider looking stance thanks to its hexagonal upper grille, fresh front bumper and revised fog lamps.

The third new model, Rugged, is more off-road ready, with a functional yet aggressive front-end design, including a premium steel bull bar.

All three share the same mechanical specifications as the SR5 or SR models on which they're based including the 2.8-litre turbo-diesel engine.

"HiLux buyers increasingly demand additional features - in fact, they spend more on accessories than any other vehicle in our range.”.

He said all new components will be fully integrated with the vehicle, certified to Australian Design Rules to be fully homologated and attract full warranty coverage.

The three new HiLux variants will arrive in the second quarter of the year. Local specifications and pricing will be announced closer to launch.