BMW’s initial two-variant 3 Series line-up, which launches this week, will blossom to five options within 12 months, as the company adds a high-performance M340i, a more affordable 320i entry point, and plug-in hybrid 330e.

With equivalent versions of the latter already featuring in the existing run-out F30 3 Series range, the big news is the confirmation of an M340i - the first of its M Performance kind to join the iconic sedan range.

Not only that, it will pioneer the company’s proprietary all-paw xDrive for the first time in the Australian 3 Series portfolio.

Speaking at the local launch of the G20 3 Series, BMW Australia CEO Vikram Pawah confirmed the line-up that would follow the initial two-car first fleet.

“We are launching with the 320d and 330i,” he said. “Later on in the year we will also get the 330e which is the iPerformance model coming through and also for the first time we will get an M340i with xDrive in the market as well – the first xDrive 3 Series in our history.”

Exact local launch timing and pricing are yet to be confirmed in any greater detail than some point in 2019 and pricing is likely to exceed the current non-M Performance and rear-drive 340i which starts at $91,200.

What is confirmed however, is a 3.0-litre turbocharged straight six engine which produces 285kW and accelerates the M340i to 100km/h from standstill in 4.4 seconds – 45kW more powerful and eight tenths of a second faster than the current equivalent.

On the M340i's standard equipment list is a locking differential, uprated brakes and 19-inch wheels from the M Sport catalogue – all options for the new 330i – while adaptive M suspension is also thrown in.

While the 330i is predicted to be the volume seller of the 2019 3 Series range, Pawah said other less popular variants including more affordable options and diesel-engined alternatives were still important to cater for niche but still-relevant audiences.

“The sweet spot is the 330i to start off with, and then a bit later on the 320i comes out in the second half of the year,” he said. 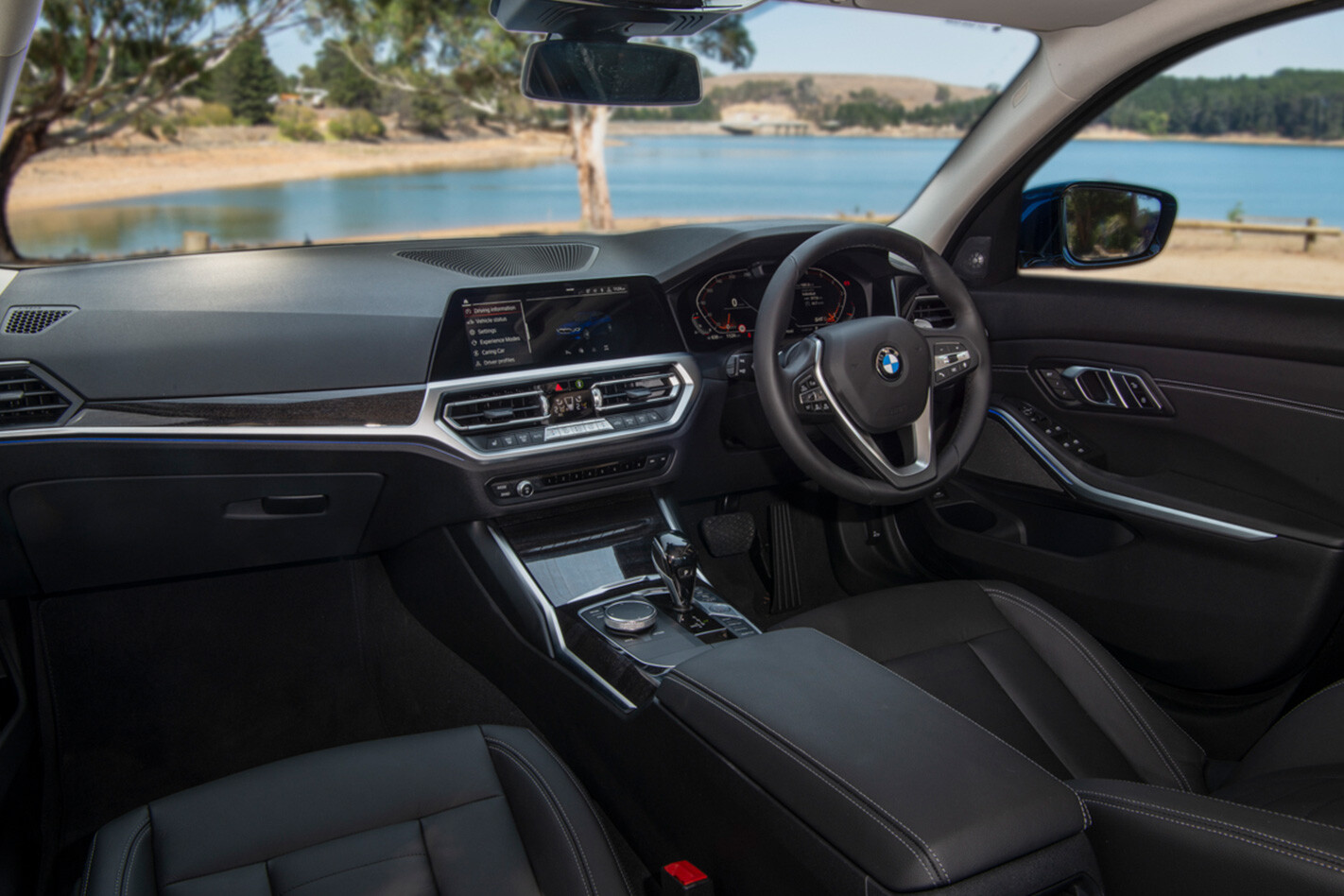 “We had a diesel in the previous gen that sold around 10 per cent of that (volume), and I think that’s what we expect (for new-generation 3 Series).

“I still think there are people who want that, and that’s why we are offering that option – we’ve got diesel, petrol … and then we are going to have the plug-in electric as well, so we are going to offer all the options to our customers because we believe Australia is still a very heterogeneous market and people still want different options, and we are here to offer them.”

Details for the 320i are less clear than its muscular sibling at this stage but if its 2019 330i and 320d stablemates are an indication, its engine will carry over to the new range largely unchanged. That means 135kW/280Nm from a 2.0-litre turbo four cylinder and a price that’s likely to hover about the $65,000 mark.

And the same goes for the 330e. A first glimpse at the Geneva motor show offered some clues at what to expect, with a 2.0-litre petrol engine paired to an electric motor for 185kW under normal operation, but with an overboost function adding 30kW to that total for a zero to 100km/h dash in 6.0 seconds.

Running on pure electric power, the 330e will cover 60km before it needs a charge or has to call on combustion. When it does, BMW says it can use as little as 1.7 litres of unleaded per 100km on average. CO2 emissions are rated at just 39g/km.

Yet to be confirmed in any shape, form or at any time is a successor to the F30-based M3, but if BMW decides to omit a new generation of the iconic high-performance sedan for the G20 3 Series we will eat our hats.