Suzuki will replace its long-serving Jimny compact off-roader in 2019 with an all-new model, and leaked images from an internal briefing have given us a surprise sneak peek at what it will look like.

If these images are indeed of the final product, then we can expect Suzuki’s pint-sized 4x4 to morph into a brawnier, retro-inspired version of itself. 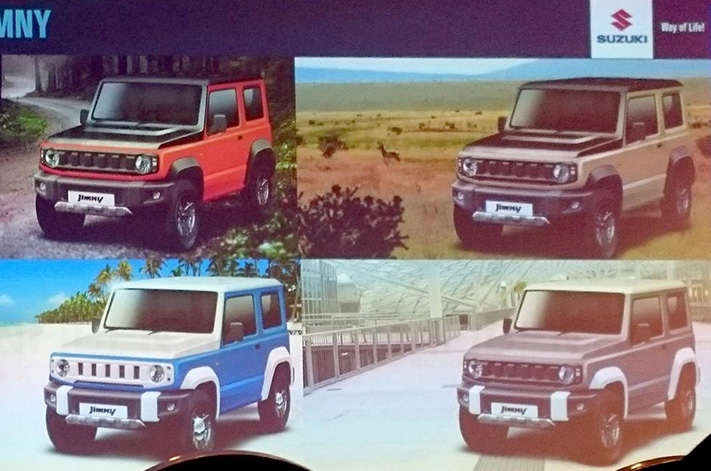 The new Jimny’s exterior design will trade curves for straight lines on virtually every panel, bringing the nameplate back to its boxy beginnings. The resemblance between the new Jimny and the second-generation SJ-series Jimny that debuted in 1981 is uncanny, with classic cues like the clamshell bonnet, prominent rain channels, and arrow-straight character lines being clear visual links with the older car.

And from certain angles, there are links to other cars as well. Viewed from the rear three-quarters, the new Jimny apes the Mercedes-Benz G-Class. From the front, that blacked-out and very upright grille resembles the Jeep Renegade. 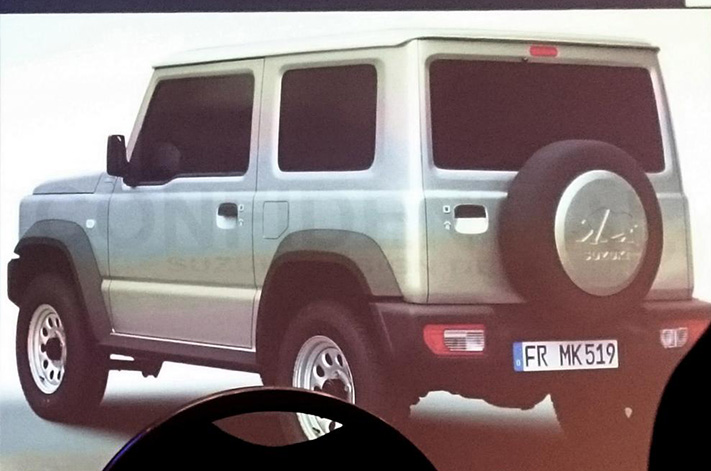 Compared to the softer-edged current-generation car, whose styling was penned in the mid-1990s and is well and truly dated, the new-generation Jimny’s slab-sided, quasi-military look should appeal to image-conscious buyers who don’t want something as large or expensive as, say, an actual G-Wagen.

On the inside the makeover has been just as thorough. Like all of Suzuki’s latest new cars, the Jimny’s cabin will feature a prominent touchscreen infotainment display atop its centre stack, but the rectangular instrument binnacle, passenger-side grab handle, and upright dashboard are all retro throwbacks to the SJ Jimny. 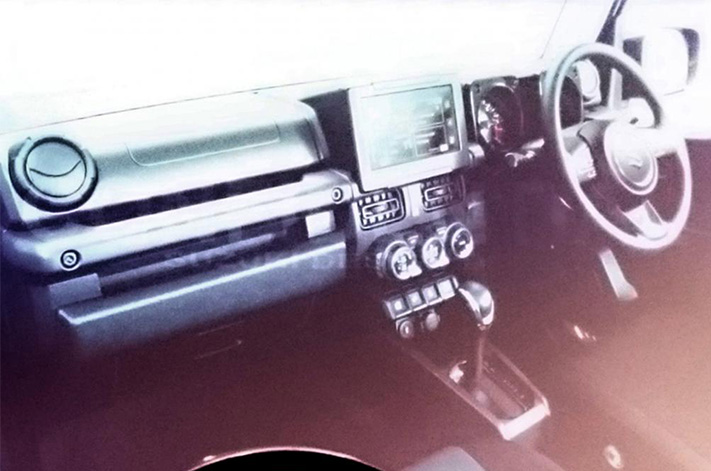 What isn’t clear at this early stage is what will power the new Jimny. Depending on market, the Jimny could come with Suzuki’s 82kW/160Nm 1.0-litre Boosterjet turbo, or a larger naturally-aspirated petrol four-cylinder. A 660cc turbocharged inline-three would likely serve in a Japan-only kei-class version of the Jimny, while European customers may be offered a diesel option.

We can, however, glimpse the Jimny’s undercarriage, and what we see suggests the new car won’t deviate from the current car’s twin live-axle setup. The lower links of a four-link front suspension are clearly visible, as is a solid axle at the rear. Good news for keen off-roaders on a strict budget. 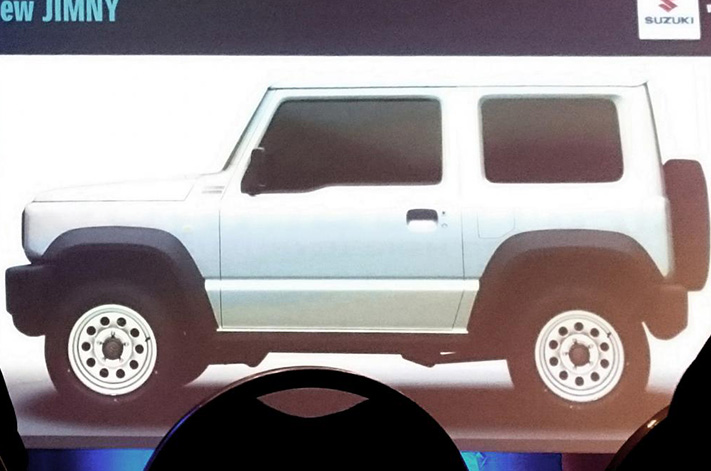 The current-generation Jimny launched globally in 1998, making it one of the oldest cars currently on sale in Australia. By the time the 2019 Jimny arrives in Australia, it will be replacing a car that will have notched up an astonishing 21 years in showrooms – well over triple the usual lifetime of a car.