Audi TT RS to arrive next year with supercar-baiting acceleration

The second Audi TT RS will take the German brand’s iconic coupe and roadster into supercar territory with blistering acceleration.

The next-generation Audi TT RS twins are both claimed to reach 100km/h from standstill in less than four seconds, with the coupe recording a rapid 3.7 seconds that’s 0.4sec quicker than the old version.

The fastest TT has been revealed this week at the 2016 Beijing motor show, with its impressive performance derived from a redevelopment of its predecessor’s engine.

The upgraded 2.5-litre five-cylinder now produces 294kW (up 44kW) and 480Nm (up 30Nm). A quattro system again apportions the engine’s power and torque between the front and rear wheels, via a seven-speed automatic. 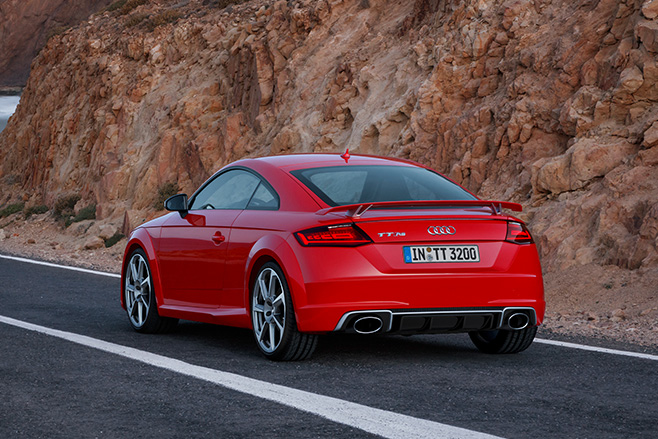 It will be easy to pick the TT RS from the mid-range TT S when the former joins the latter in mid 2017 locally.

The TT RS will also look faster thanks to a rear wing, large dual oval exhaust pipes, as well as a front end that features larger air intakes and a honeycomb grille with silver surround and ‘quattro’ logo. 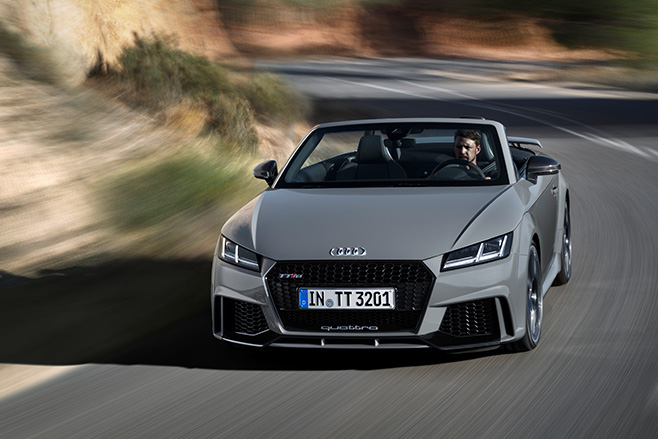 One of the most noticeable changes inside is that the Audi TT RS features a Ferrari-like steering wheel that incorporates the engine start-stop button and Drive Select button. 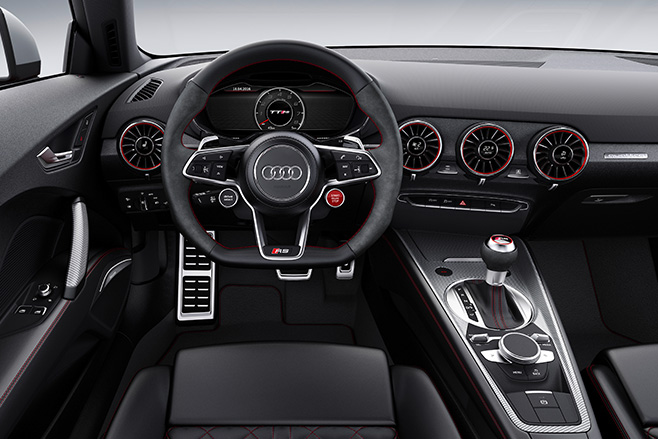 Driver and front passenger sit in RS Alcantara/leather, diamond-patterned sports seats, and other RS flourishes for the cabin include red stitching for the steering wheel, seats and gearlever gait, and red-ringed air vents.

No pricing is available yet for Australia. The previous TT RS cost from $140,000 in faster Plus form.