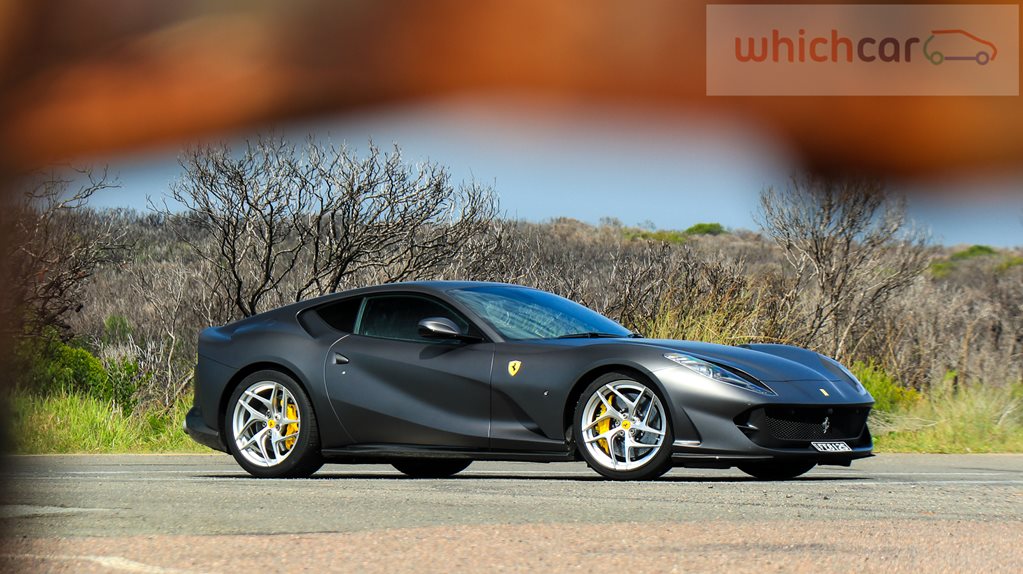 Second mid-engine platform to join Ferrari ranks, but no one is talking about the ‘not an SUV’ SUV just yet

Ferrari has confirmed that it will introduce a second mid-engine platform alongside the architecture that underpins the 488, paving the way for a more affordable model and a possible return of the iconic Dino nameplate.

The Italian supercar maker divides its cars into two ranges, with front-engined cars like the 812 Superfast, Portofino and GTC 4Lusso forming the GT division, while the mid-engined Ferrari 488 family is firmly in the Sports camp.

Ferrari’s senior vice president of commercial and marketing, Enrico Galliera confirmed that the storied carmaker will add five new models or variants to the roster for 2019.

“Five will come in 2019, which is probably the biggest effort,” he told WhichCar. “It's the start of the new generation of product.

“There's not a lot I can say because we prefer to announce the product when it's arriving, but the first one will be announced in Geneva, which is in two weeks time so is very close.”

The Geneva debut is expected to be a McLaren 720-rivalling V8-powered mid-engined monster, sporting both turbocharging and hybrid technology for a set of Hollywood numbers; power is expected to top 600kW and torque up to 1000Nm. It could also roll on a new architecture, with Galliera confirming that “in the future we have two mid-rear engine products.”

Galliera said that all five of the 2019 launches will be “different concepts”, and not merely made-over versions of current cars.

“Some of them are replacing existing product, some of them are not so,” he said. “Already in 2019 you will see some products that are existing in the product range, and another thing that I can say is that we will nurture both the GT segment, and the sports segment.”

This means that Ferrari, despite increased pressures on emission targets, looks set to keep the iconic V12 engine.

“The V12 is part of the heritage of the company,” he declared. “It will remain one of the potential elements that we can use in our model of the future together with the V8 and future with the V6.

“So the technology we are going to have V12, V8, V6 turbo. Hybrid will give us the possibility to have a platform that we can mix to achieve emissions targets.”

He also underlined Ferrari’s position as a luxury brand, saying while the brand will work on bringing new customers into the fold, he doesn’t believe there’s a need to chase a lower price point.

“We are developing some products that are designed to give the same emotion as a Ferrari,” he said. “So it is a sports car but with this design that it is more elegant that is more for everyday driving in order to attract those people that maybe are not considering to buy a Ferrari, because they are not willing to have a highly sporty car. So in a way, we are trying to have an offer that is capturing both opportunities.”

He quickly added that he was not talking about the long-discussed crossover vehicle that Ferrari currently calls Project Purosangue.

“This is something that we are working to,” he confirmed, “but is not going to come in the coming two-to-three years. It's something more long-term.”

Details are scarce around the notion of a Ferrari SUV or crossover, but educated guessing can forecast a front-engined four-door, using a combination of regular rear-wheel-drive and electric front-drive.

While the lengthy platform under the GTC 4Lusso looks like a logical fit, we’d suggest that Ferrari will emphasise livability aspects like interior space and bumper clearance, rather than a high-riding, off-road capable SUV in the traditional sense.

The first Ferrari launch of 2019 happens at the Geneva Motor Show in early March.