We are now well beyond the beginning of the end of Australia’s automotive industry, with all eyes turning to Holden and Toyota’s planned exits.

The most high profile is the Ford Falcon, which has rolled off the Broadmeadows production line for the very last time this morning, ending a 56-year-involvement with Australia’s automotive industry.

Its close SUV relative, the Territory came to end a short time earlier at the same factory.

With all eyes on the wake at Broadmeadows it was easy to forget that over in Elizabeth near Adelaide, Holden was ending production of the locally-produced Cruze, resulting in the loss of about 270 jobs.

The Cruze’s demise is the first big step of Holden’s exit from vehicle production in Australia, which has already been two years in the making. A year from now it will be the Commodore’s turn to be mourned, when it too rolls off the Elizabeth plant for the last time.

This will coincide with the Toyota’s local-production swansong as it sees off its final Toyota Camry and Aurion at Altona. 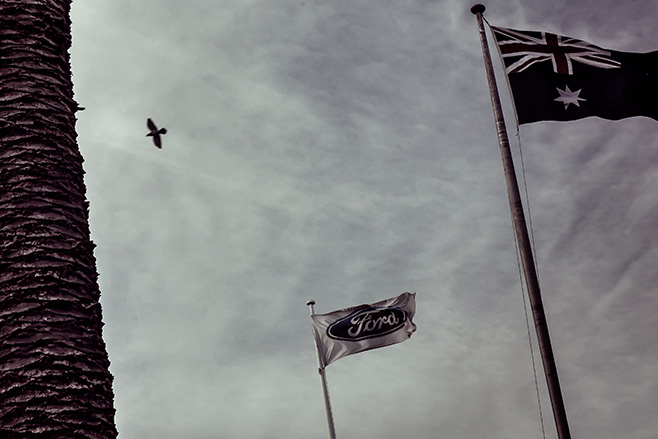 Australia has been one of the dozen-countries able to build a car in its entirety and has done so for more than 90-years. Four decades ago the Australian automotive industry was booming with more than seven manufacturers producing cars at plants in four states. Even as recent as 10 years ago, we had four major manufacturers, including Mitsubishi which closed its Elizabeth factory in 2008.

In the next 12 months, Australia’s near-century-long auto-manufacturing history will be consigned to the history books, remembered by future generations looking through glass museum enclosures on school excursions.

SO, WHAT REALLY HAPPENED?

Toyota, Holden and Ford have blamed multiple factors in their demise, but perhaps the largest was the increasing appeal of cheaper overseas manufacturing and importation not helped by recent high-rates of the Australian dollar. The last straw was the Australian Government threatening to withdraw subsidies to the industry. While all three manufacturers saw strong years during the golden-years of the 1980s and ’90s, records show substantial losses in the period since.

It’s estimated that by the time Toyota closes its doors at the end of next year, more than 6000 jobs would have been lost from Toyota’s Altona plant, Holden’s Elizabeth and Port Melbourne plants, and Ford’s Broadmeadows and Geelong factories.

Ford suddenly announces that the final Falcon Ute has rolled off the Broadmeadows production line.

• The last Ford Territory comes off the line just before the last Falcon, which received the quality assurance stamp at 9.30am
• The final Holden’s Cruze, rolls off the Elizabeth Plant’s production line at 8.30am, marking the beginning of the end for Holden in Australia. Holden will turn to the new Astra (imported from Poland) to make up the small car sales.

• Holden Commodore will endure the same fate as its long-time rival, however unlike the Falcon its name will live on via a rebadged version of the European-built Insignia
• The final Australian-made Toyota Camry will roll off the Altona production line, though there will be a much more seamless transition to its virtually identical replacement due to be built in Thailand
• The six-cylinder Toyota Aurion will not be replaced by an import once local production ceases.