HSV has revealed three limited edition models to mark the end of production of the 6.2-litre V8 engine, codenamed LS3.

The three models are based on the Holden Commodore, Commodore Ute and Caprice long wheelbase and will be the most affordable models in the HSV lineup.

The first of the limited editions is the ClubSport R8 SV Black, which also spawns a ute sibling, the Maloo R8 SV Black. 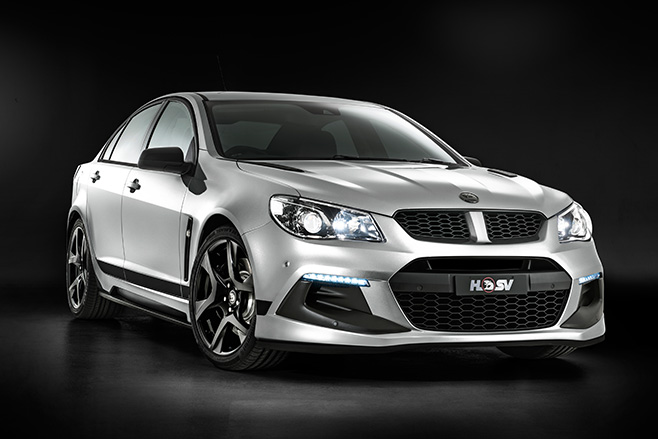 HSV has added a mechanical sound enhancer, which is a pipe that joins the intake manifold under the bonnet to the firewall that separates the engine from the passenger compartment; it amplifies the V8 sound, something that is an important part of the theatre of an HSV.

As the name suggests, the SV Black models get black detailing as part of a move to give them more “attitude”, according to HSV.

Many of the parts normally finished in shiny chrome – the HSV badge, grille surrounds, tail light surrounds and door handles, for example – are finished in black to give the cars a more sinister look. Even the mirror casings, 20-inch alloy wheels and rear wing are black, and there is a black stripe down each side.

The second limited edition model is the HSV Grange SV, priced identically to the $86,990 regular Grange it replaces. 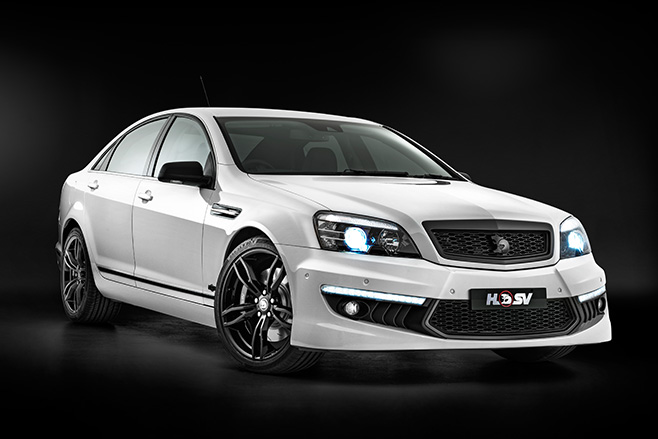 Just 50 Grange SVs will be produced, all for Australia. Production begins in September, 2016.

As with the SV Black models, the Grange SV gets a lot of black detailing to distinguish it from the regular Grange.

The Grange SV also gets the same 340kW/570Nm V8 with the sound enhancer for a louder V8 bark.

The third HSV limited edition model is the ClubSport R8 Track Edition, priced from $68,990.As its name suggests, it’s a car that has been designed with the race track in mind. 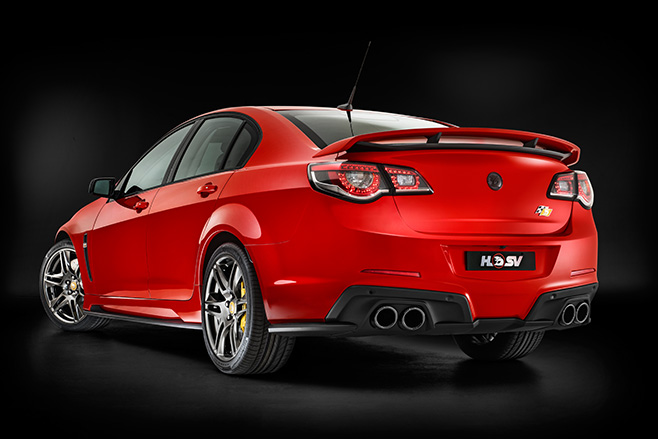 The ClubSport R8 Track Edition – which begins production in September, 2016 and will be the last HSV to use the LS3 V8 – gets suspension that is 200 percent stiffer than the suspension in the standard HSV ClubSport.

The stiffer suspension is designed to reduce body leaning on a race track – and through corners generally – for better steering and control, albeit at the expense of ride comfort.

The ClubSport R8 Track Edition also gets the bigger six-piston brakes previously reserved for HSV’s flagship model, the GTS. They provide much better stopping power, particularly during hard driving, such as on a race track.

Each HSV limited edition model will be individually numbered, and will get unique identification, including sill plates on the inside of the door jambs.

“With all three limited edition models, our focus has been on building vehicles that offer outstanding levels of content, exclusivity and value,” he says. “We’re confident we’ve delivered on all counts and that our fan base will be eager to capitalise on this last opportunity to buy an LS3-powered HSV, especially at these prices.”