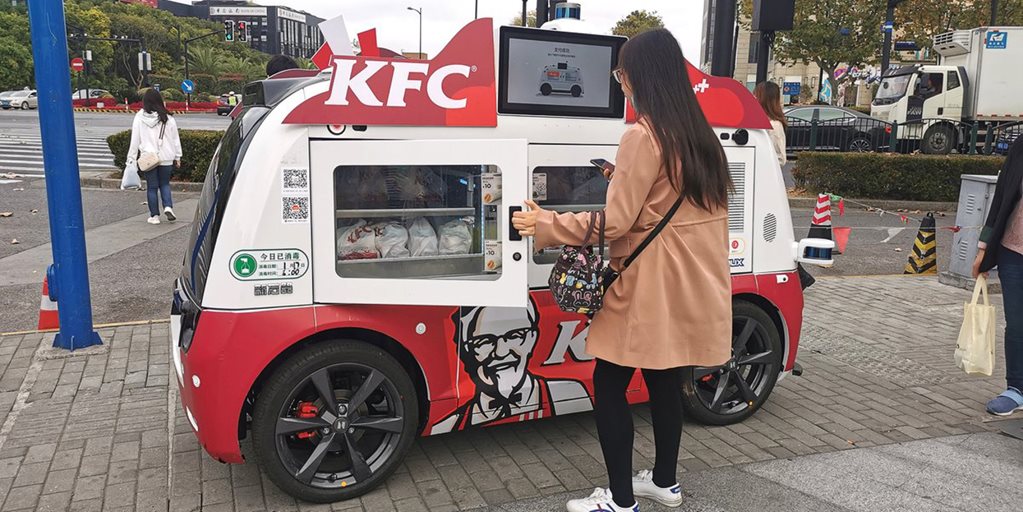 Finger-lickin’ goodness comes to you via autonomous 5G delivery trucks

Get your tinfoil hats at the ready... KFC has used the cover of coronavirus to deploy its secret army of 5G-connected autonomous delivery trucks in Shanghai to deliver fried chicken to unsuspecting passers-by.

To be honest, it also sounds pretty damn amazing.

It’s become a reality in the huge Chinese city, with KFC-branded trucks autonomously delivering food in a way that promotes social distancing and limits human contact.

Placing an order with the KFC van is as simple as walking up to the miniature self-driving vehicle, using its touchscreen to select an item and pay for it using a cashless QR code system.

Then it’s as easy as grabbing your food through the tiny window.

While it appears that a fried chicken smash-n-grab is a potential downside to the system, surveillance systems would no doubt dissuade hungry shoppers from snaffling a second serve of potato and gravy from the unmanned vans.

Neolix’s driverless trucks are electric - naturally - and can travel up to 100km on a charge at speeds of up to 50km/h.

There's not a lot of information available on the vans themselves - though they would smell pretty amazing - but we'd suggest that the vans would be geo-fenced to operate within particular sections of the city based on known, mapped routes.

And, much like a large Roomba vacuum cleaner stocked with chicken nuggets, the vans would be equipped with sensors front and rear to ensure the only damage to pedestrians will be to their cholesterol levels.

They’ve been known to roam places like university campuses, local streets and Shanghai city in search of hungry customers.

Hovering outside nightclubs and bars in the wee small hours wouldn't be a bad play, either. 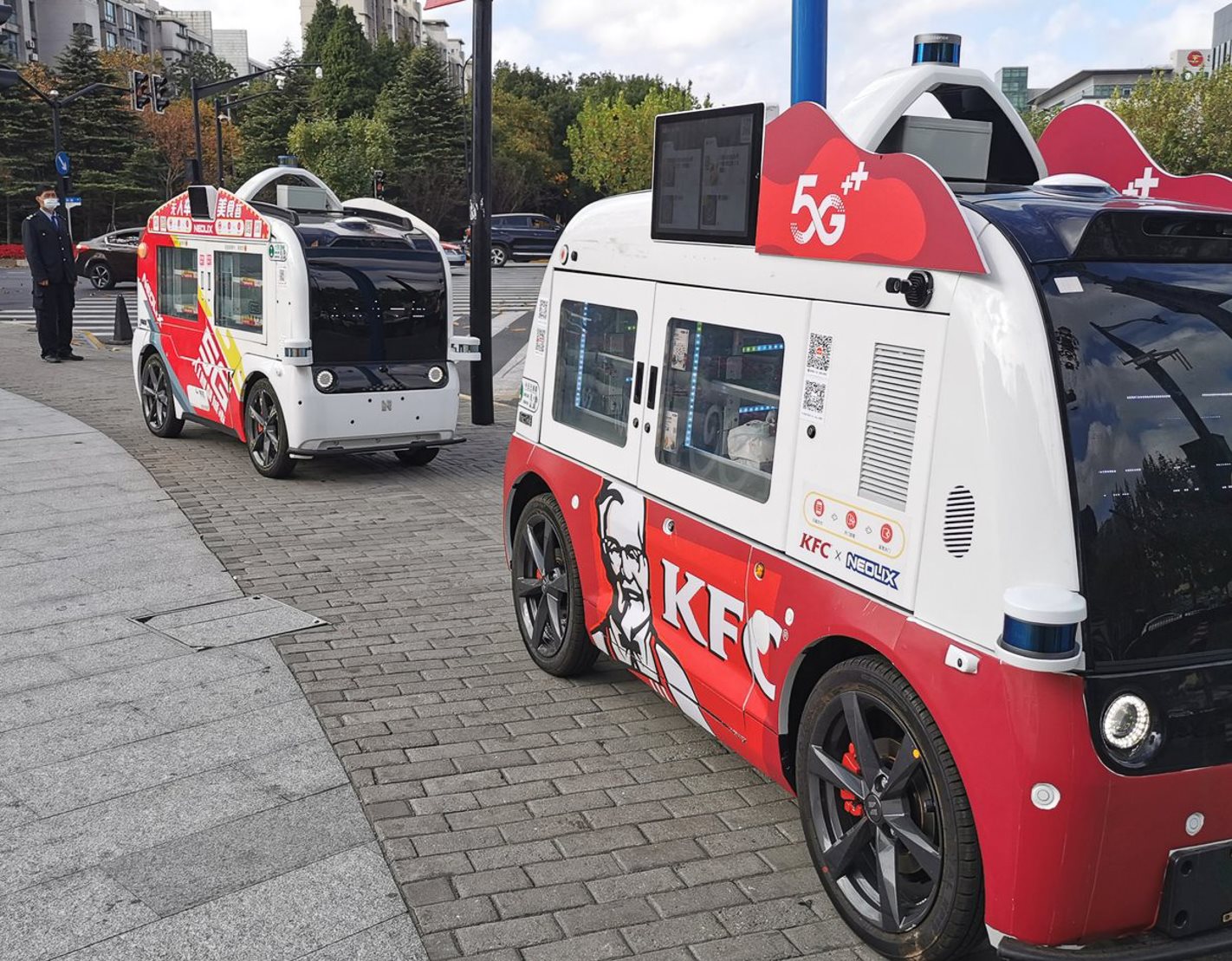 They’re capable of Level 4 autonomous driving, and use the rapidly-emerging superfast 5G cellular network to communicate with home base.

While the autonomous delivery trucks were already in development before the advent of coronavirus, the need for socially-distanced, limited human contact became an ironic coincidence, which has only boosted the initiative’s effectiveness.

If there’s one good thing that’s come from Covid-19, brands have been forced to innovate new ways of connecting with people and think of cool new logistics solutions.

It’s uncertain how well the autonomous truck is able to up-sell, though. Do you want fries with that?

NEXT “Nobody is even close” to making a truly self-driving car, says Toyota