Learner drivers should also learn how to use new safety tech, says Mercedes

Rather than be surprised when it does step in to save you from a crash, Mercedes-Benz says drivers should be shown how it works.

LEARNER drivers should be introduced to the growing number of technologies designed to assist them so that once it steps in to help them in the real world, they’re not taken by surprise.

Mercedes-Benz’s new E-Class will soon launch in Australia and features some of the most advanced driver aids ever featured on a car sold here. This includes the ability to nudge the car back into its lane before it strays out, steer safely through a gentle bend, help the driver change lanes correctly, shuffle in and out of a tight parking space and even swerve around a pedestrian that might accidentally step in front of the car.

According to Mercedes-Benz vehicle engineer Jochen Haab – who is working on the next generation of the carmaker’s driver assistance systems as it prepares for its next steps towards the driverless car – drivers needed to know what these systems do so that when they are needed, drivers know what’s going on. 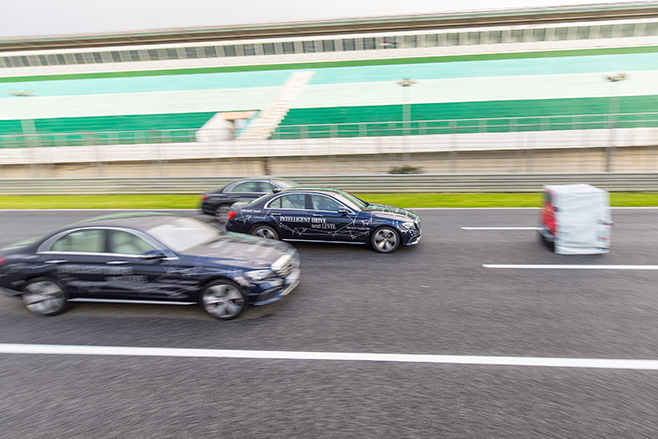 “I think that we need to start training drivers using assistance systems as well,” Haab says. “Probably starting to drive will get easier because you have the support, but on the other hand I think those systems need to be explained well.”

He likens the experience to the introduction of electronic stability control, the technology introduced by the carmaker in the 1980s that can help a car recover from an uncontrolled skid and now compulsory on every new passenger car sold in Australia.

“I mean, nobody changed [the way they were] driving because we had ESP (electronic stability control),” Haab says.

“But driver training makes a lot of sense and you can experience ESP for what it is and where the limitations are.” 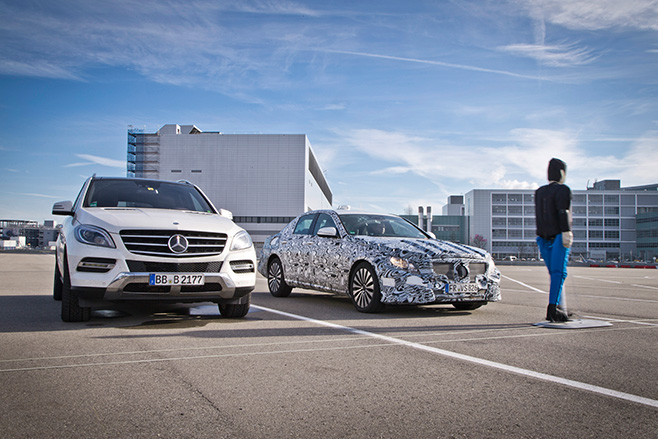 He said helping new drivers understand what the systems could do, and their limitations, would be good for inexperienced drivers – and more for when the technology didn’t work.

“There might be a reason [the system fails]. You may have had a minor accident, you might have, I don’t know, a very dirty car; it will tell you ‘I can’t’, but then you might still want to park,” he says.

“I think they should still be able to do it [all the things drivers do when they don’t have assistance systems switched on] because there might be a reason one day why it doesn’t work.

“Maybe then you don’t take that narrow a parking space, you just take a more comfortable one.”