Mitsubishi will bring the Express nameplate back to Australia in July, with the Japanese company leveraging its alliance with Renault to launch its own version of the French company’s Trafic medium van – albeit with a few key differences.

Mitsubishi Australia has confirmed that the Express will launch with a four-variant range encompassing both standard- and long-wheelbase versions, with an automatic and manual version of each. 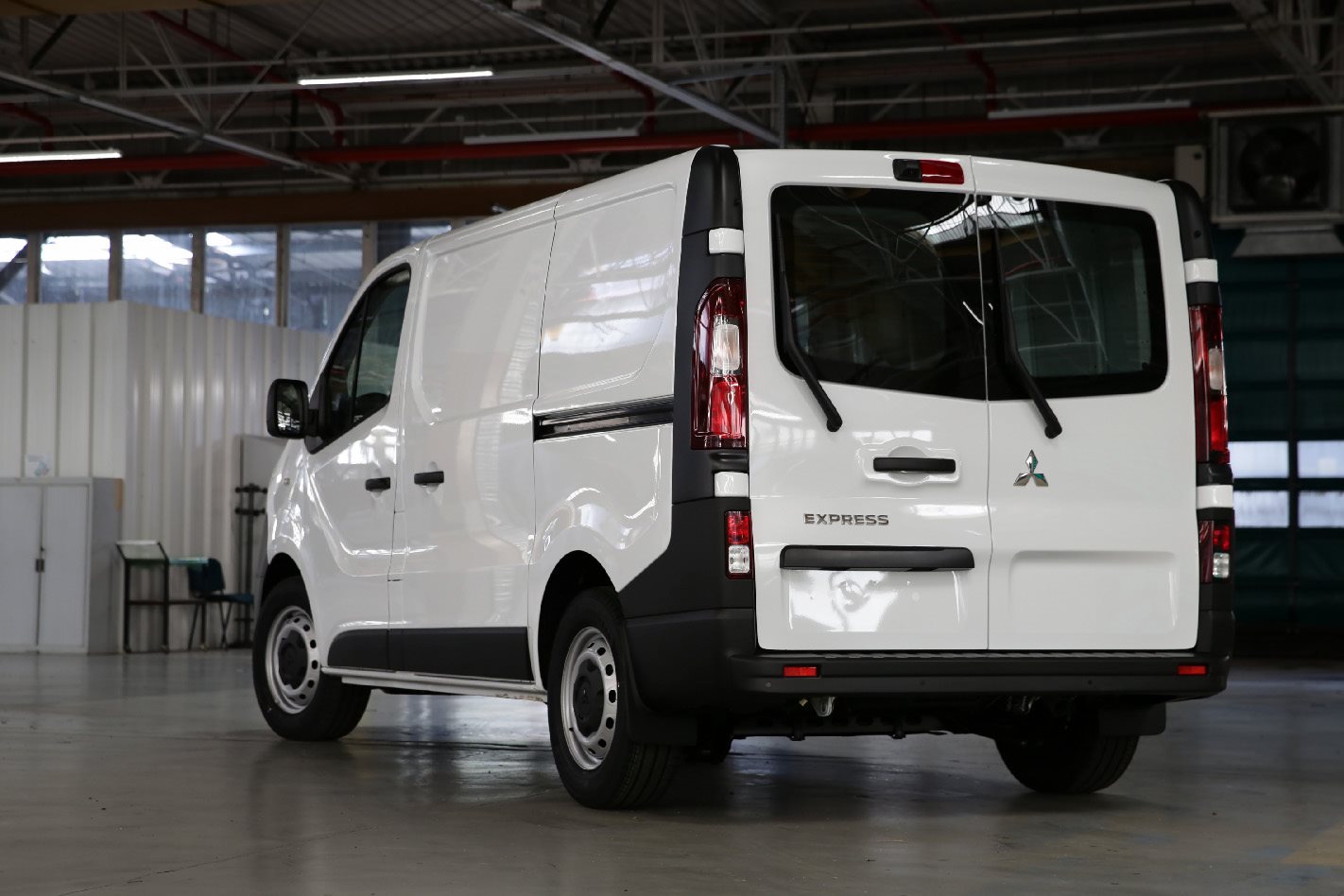 Full specifications for power, torque and fuel economy have yet to be announced, but we would expect them to align closely with those of the Renault Trafic, which makes 103kW and 340Nm with the twin-turbo 1.6-litre and 125kW and 380Nm with the 2.0-litre. Average fuel economy for the Renaults comes in at 6.2L/100km and 7.3L/100km respectively.

Read next: How does the Renault Trafic rate? 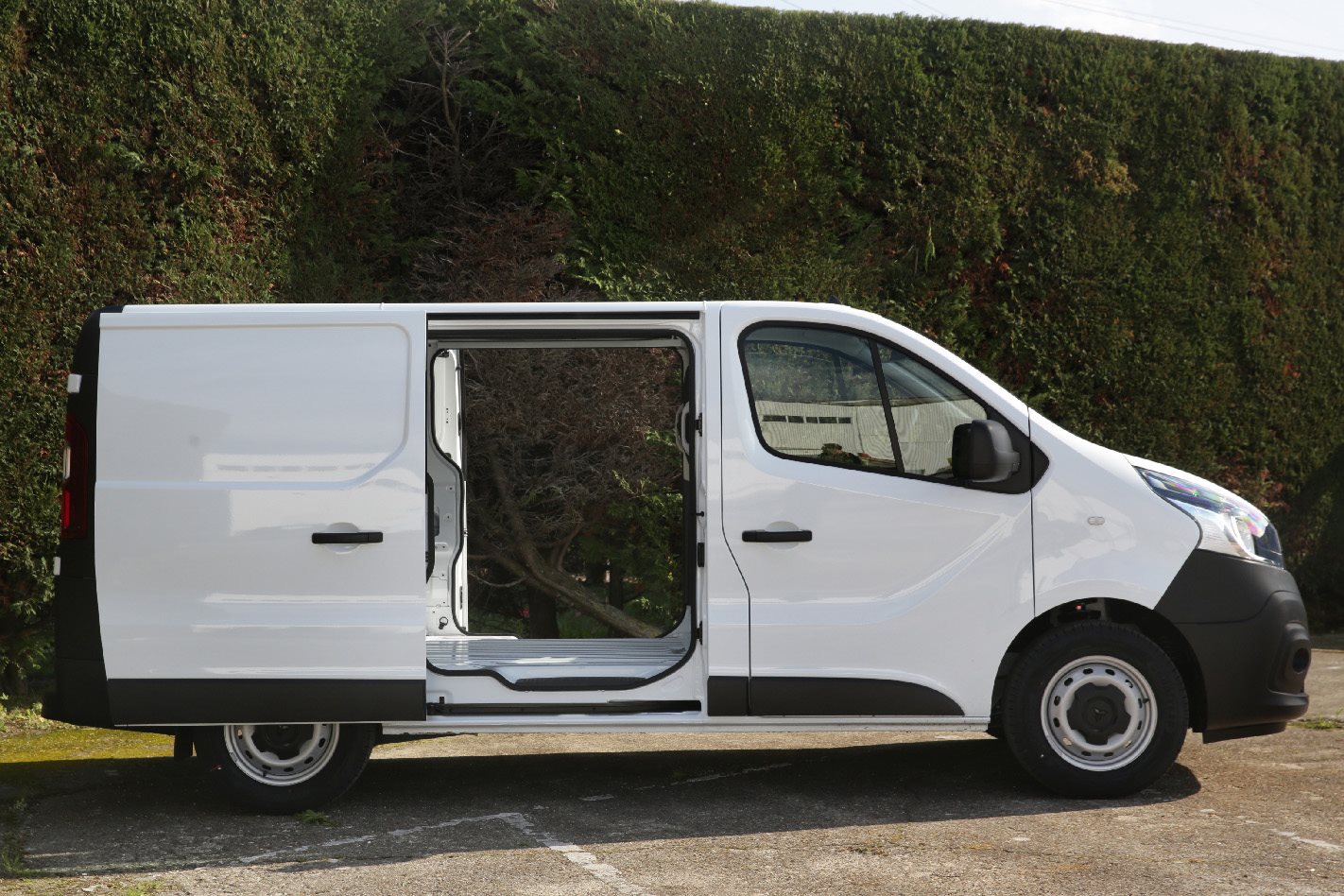 So what will set the Express apart from its Renault-badged cousin? The Mitsubishi will come in as the more affordable alternative like-for-like, given its less generous standard equipment list. Dual sliding doors and rear barn doors will be factory-fit on all Express variants, but don’t expect a two-row crew variant or alloy wheels.

Photos of the European-market Express also suggest it won’t come with the cargo bulkhead that’s available in the Trafic.

Read next: How does the Toyota Hiace stack up in the world of midsize vans?

Safety-wise, stability control, five airbags (including side and curtain), dusk-sensing headlamps and rain-sensing wipers will be standard, but only the automatic model will get a reversing camera. The camera’s display is located in the rearview mirror, which indicates to us that the infotainment head unit for Australia will be more basic than the integrated navigation system used in the Trafic, and will likely be similar to that shown in the below photo. 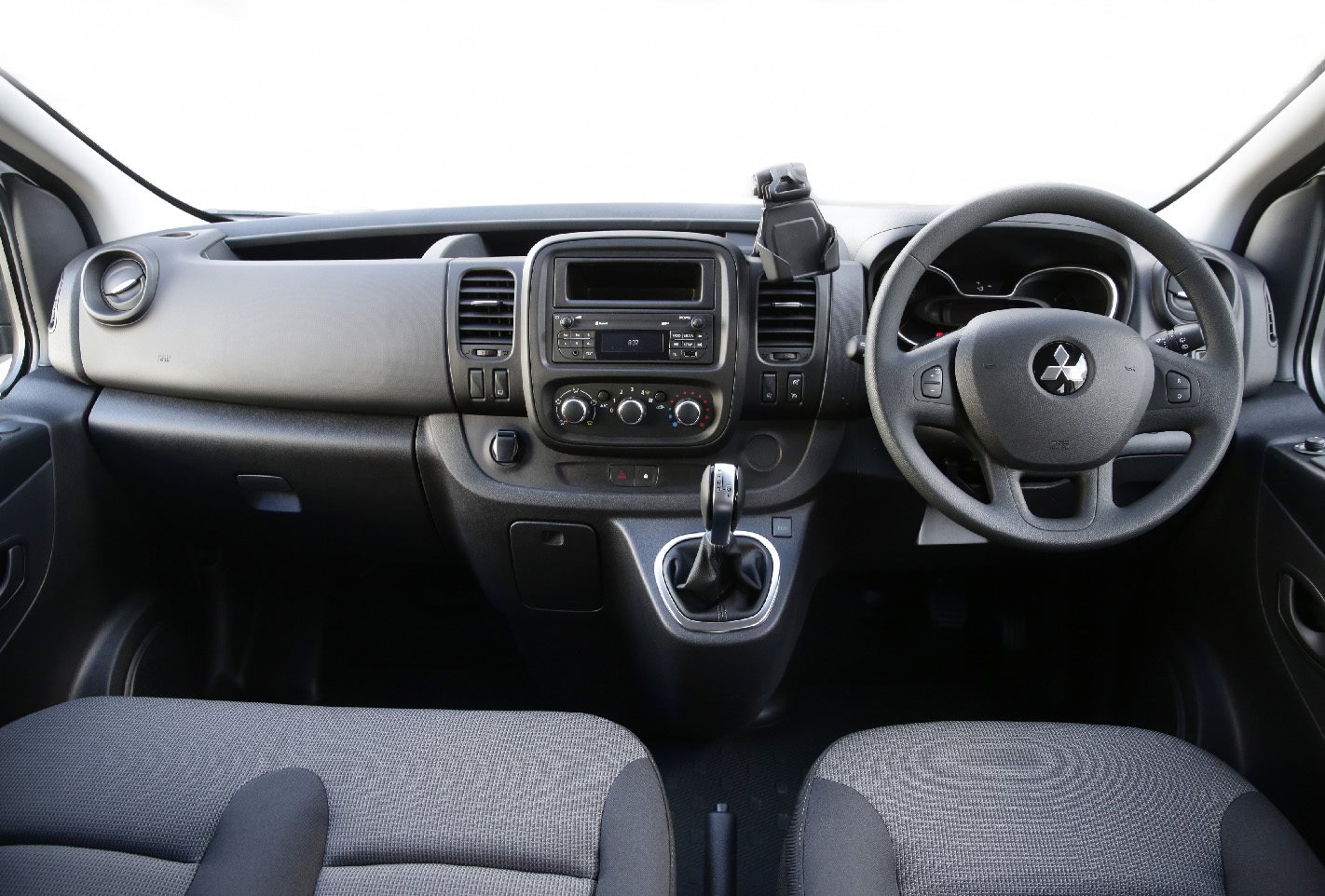 As is usual for commercial vans, just a few colours will be offered: red, black, silver and the perennial favourite, white. Upholstery will be basic black fabric on all Express variants.

The Express will be backed by Mitsubishi's five-year/100,000 kilometre warranty, and is backed by capped price servicing for the first three years.

The Express will be on sale from July 6.