The Lincoln Navigator Concept is making a big splash in the Big Apple with fancy features such as massive gullwing doors, a deployable ‘staircase’ for cabin entry, and a wardrobe management system.

Ford’s luxury spin-off brand has unveiled its large show car at the 2016 New York motor show as a precursor to the next-generation version of its Lincoln Navigator luxury SUV.

Lincoln’s concept continues the introduction of the brand’s new corporate ‘face’ – a dominant, Bentley-esque mesh grille. There’s also a strong hint of the Range Rover in the Navigator’s wraparound tinted glass, even if the body-coloured windscreen pillars don’t complete the ‘floating roof’ effect. 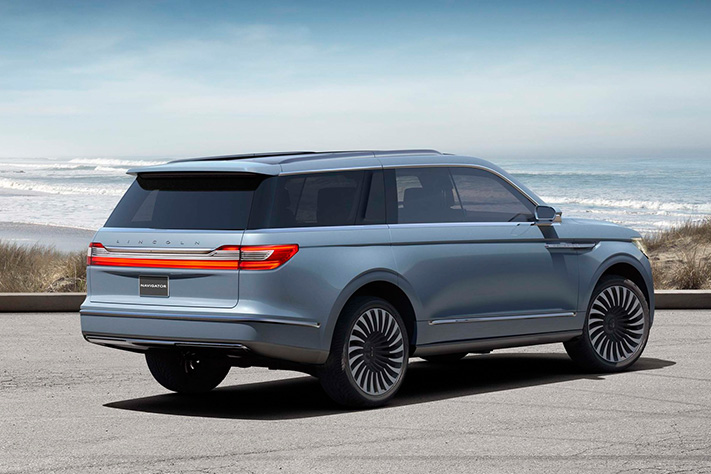 The big story is inside – where the concept parades the largest cabin yet for this Lincoln model that is sold only in the US.

Huge roof-hinged doors open upwards and a set of teakwood steps deploy to create easy access into the vast cabin. 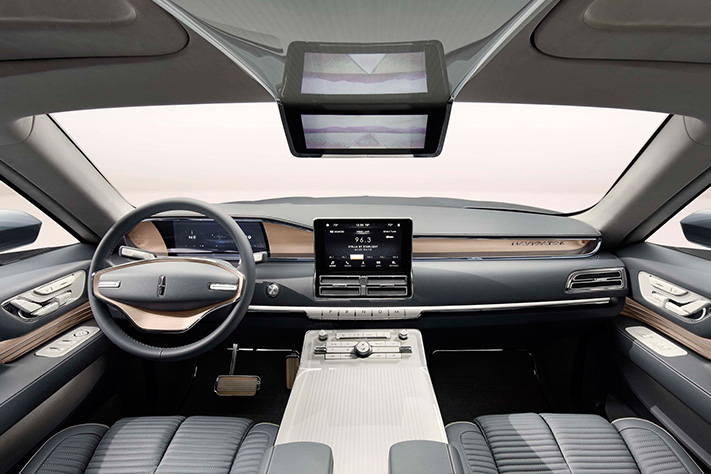 Second- and third-row passengers can entertain themselves by streaming games or other content from their smartphones to headrest-embedded colour screens. 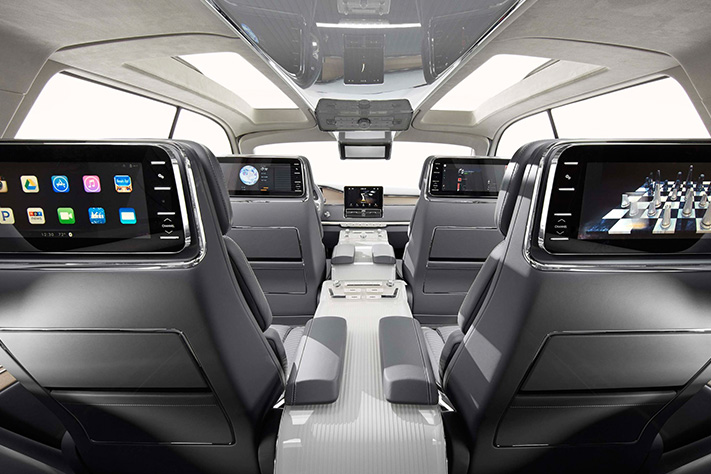 A Revel audio system delivers sound for the entire cabin.

At the rear of the large boot stands a custom wardrobe, featuring separate compartments for hanging jackets or placing shoes and equipment. The Navigator Concept’s arrangement includes clothing and gear “for a day on the water”. 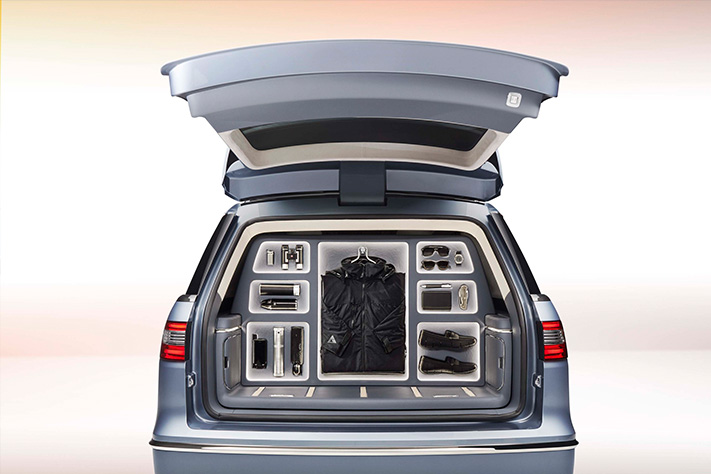 A nautical theme for a vehicle said to be inspired by luxury yachts is completed with the Storm Blue exterior paint that aims to mimic the blues and greys of the sea and sky.

It’s strictly an ‘inboard’ motor for the Navigator, of course – in this case a 3.5-litre twin-turbo V6 good for more than 300kW of power.

Expect the exterior styling of the concept to be more indicative of what to expect with the production Navigator due in 2017 – unfortunately minus the fantastical doors, staircase and wardrobe.