The second-generation Nissan Leaf may have only just reached its first birthday overseas, but Nissan has already wheeled out its first major change for its sole all-electric model: a new variant with a significantly bigger battery, dubbed the Leaf e+.

Nissan says that boost in energy storage translates into a circa-40 percent increase in vehicle range, which, if we use the regular Leaf’s real-world range of 270km as a basis, means the Leaf e+ should be able to travel around 380km before needing a recharge.

Performance also benefits, not just from the bigger battery, but also a motor upgrade that increases peak power and torque to 160kW and 340Nm respectively – increases of 50kW and 20Nm over the standard 40kWh Leaf. Acceleration between 80-120km/h is claimed to be 13 percent quicker, meaning overtaking slower traffic at highway speeds becomes easier.

Charging times should also be similar when using a quick charging system, with Nissan saying the new availability of a 70kW (100kW peak) charger should see the Leaf e+ reaching an 80 percent charge in the same 60 minute timeframe as a regular Leaf using a 50kW fast charger.

MORENissan Leaf: before the bandwagon

Accompanying the mechanical changes will be a bigger 8-inch colour touchscreen for the US and European markets, which touts smartphone-like usability and over-the-air software updates, somewhat akin to the slick infotainment systems of EV rival Tesla. 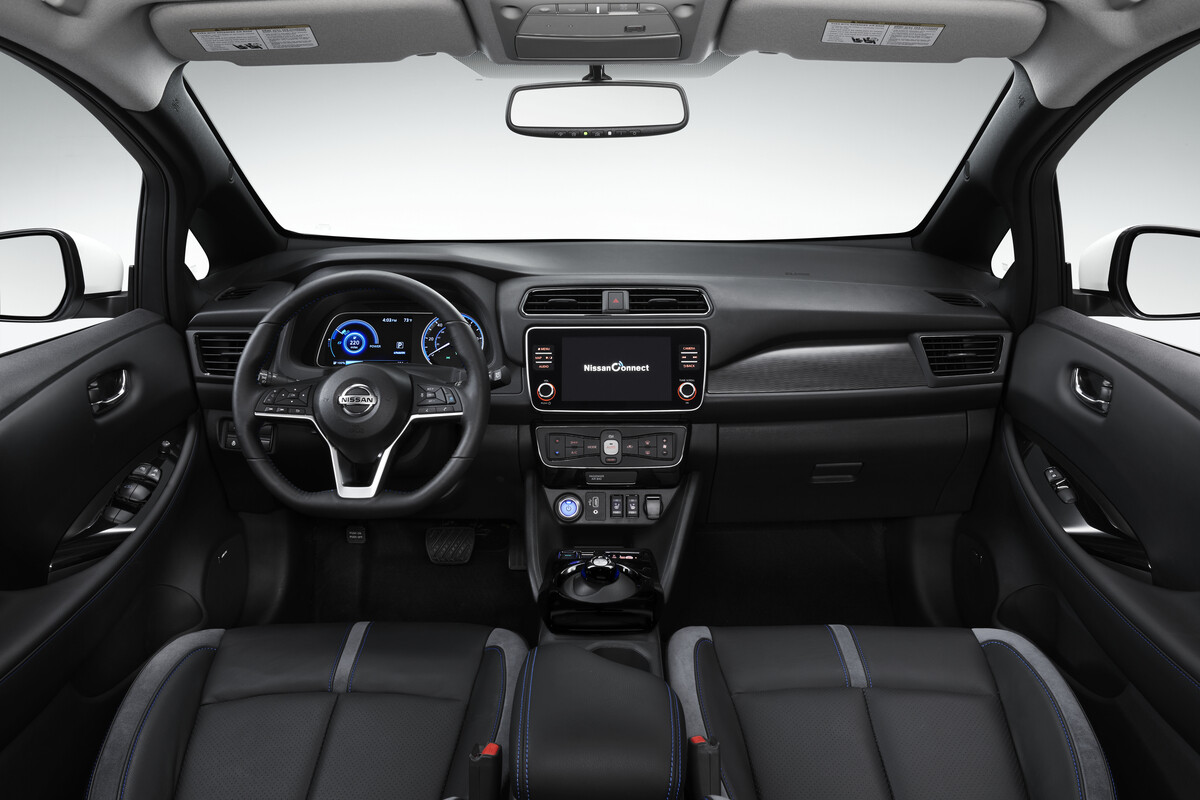 The Australian-market Leaf (the Leaf e+ has yet to be confirmed for a local release) is expected to feature an 8-inch infotainment system as standard, but it’s unclear whether it will be the more modern system offered in Europe and the USA.

In Japan the Nissan Leaf e+ retails with a starting price of 4,162,320 yen (AU$53,913), which represents a 501,120 yen (AU$6490) premium over the 40kWh Leaf. While the regular Nissan Leaf is already slated to go on sale in Australia around the middle of this year, Nissan’s local operation says that while it is interested in bringing the longer-range Leaf e+ to Australian showrooms as well, the variant has yet to be made available to our market.