2018 Nissan Leaf: Before the Bandwagon

Mainstream EVs weren't a thing when Nissan released the first Leaf back in 2010. Now that they are, Leaf 2 is out to bring battery power to the people.

Burrow beneath the unassuming skin of the second-generation Nissan Leaf and you’ll find no revolutionary technology. What this car can do and how it does it is important, but what matters more is what Leaf 2 represents: this should – if Nissan has done its sums correctly – be nothing less than the electric car that normalises the electric car. 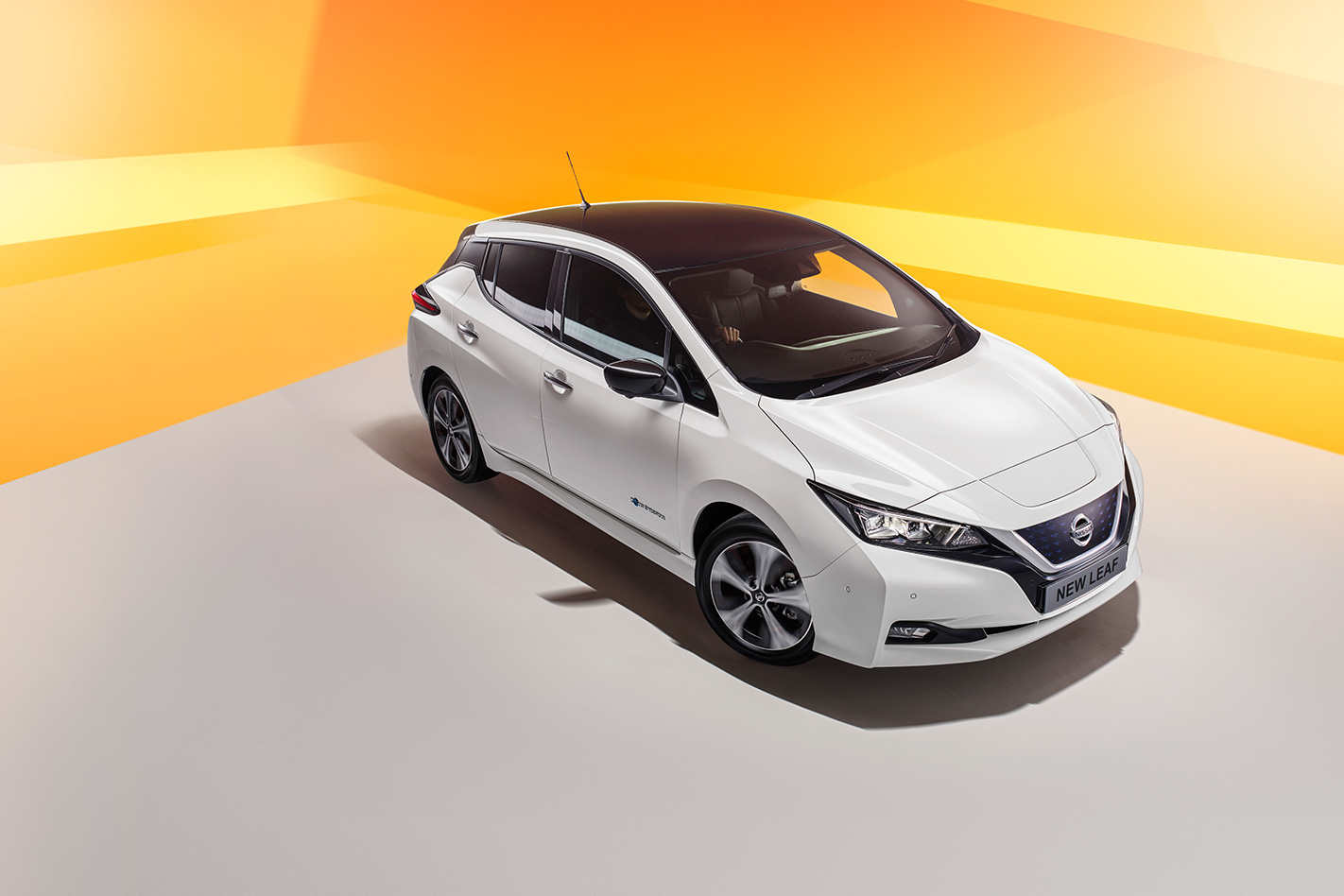 The Leaf is entering its second generation just as some rivals are maturing their first mainstream EVs, although many manufacturers are lagging much further behind. And unlike the opposition, such as the Volkswagen e-Golf, the Leaf isn’t compromised by having to share hardware with conventional powertrains. They pack in batteries where they can; the Leaf is designed around an EV powertrain.

That powertrain is a heavily evolved version of that from the previous car. There’s an uprated, 40kWh lithium-ion battery that brings a 67-percent improvement in energy density despite being much the same size as the old one, a beefier electric motor and optimised control electronics for greater range. On the current European standard the range is 375km, but Nissan also has new-fangled WLTP (Worldwide harmonized Light vehicles Test Procedure) numbers for the Leaf: 270km on the new, ‘more realistic’ combined cycle and an encouraging 415km for city-only driving. Given that’s where most Leafs will spend their time, range anxiety is at least on the run, if not yet banished entirely. 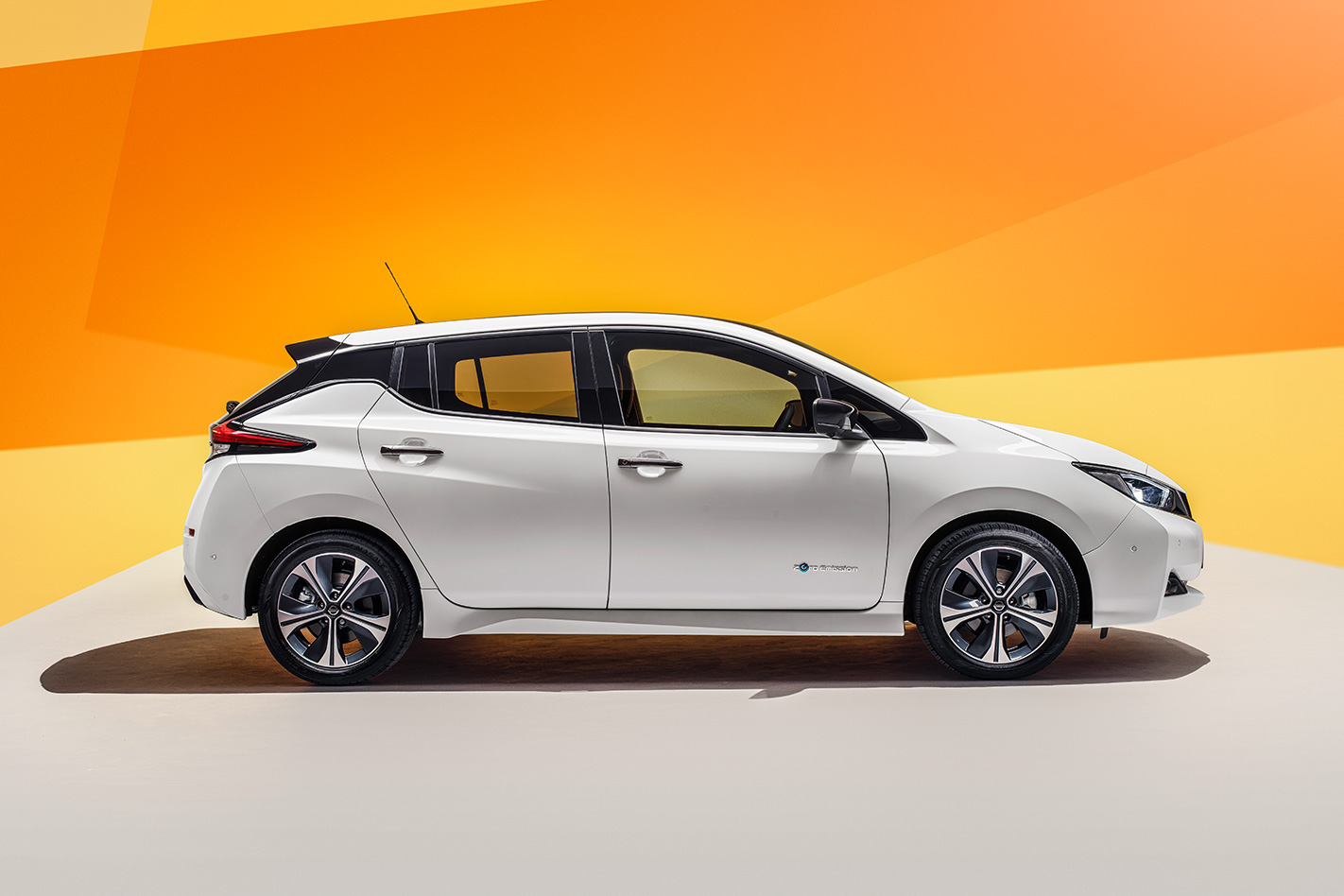 The new power pack has a more powerful inverter (the device that turns the battery’s DC current into motor-friendly AC) and more efficient cooling, and will develop all of that extra boost more reliably and for longer. Compare this with a best of 30kWh for the old Leaf, with its circa-150km real-world range. Maximum power rises to 110kW from 80kW, while a healthy 320Nm is delivered from zero revs.

As important as range is the rate of charge. The Leaf 2’s 6.6kW onboard charger takes 21 hours to get to 100 percent via your domestic supply, however Nissan has also developed a wallbox for 7.5-hour empty-to-full charging.

“Our priority for the future is the battery EV,” confirms Leaf R&D chief Takao Asami. “On the shelf and ready to go we have fuel cell technologies,” he says. “But for now there are so many opportunities with EVs. The Leaf shows that even with today’s generation of lithium-ion batteries, efficiency can be improved year-on-year. Compared with only a few years ago, energy densities are so much higher. But we are researching the next step – the move towards solid-state battery, for instance.” Expect a 60kWh lithium-ion upgrade in 2019.

You’ll need to be disciplined to reach Nissan’s claimed 375km range, obviously, but in EV land, for specced-up, small-car money, this is big news. 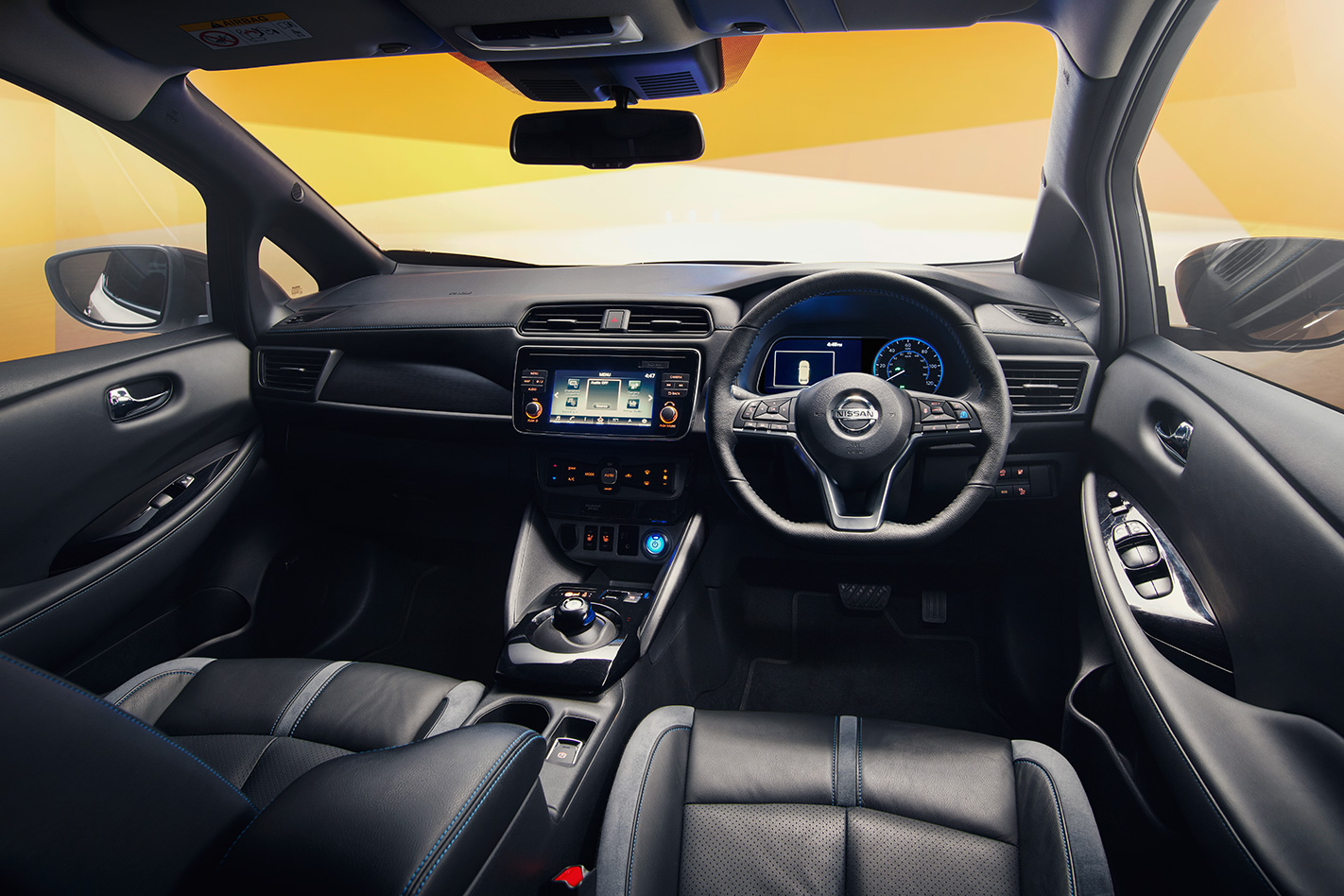 If first impressions count, the good news is you’ll no longer have to make excuses about the Leaf’s appearance – it’s now simply a conventional-looking, modern hatch.

Read next: Nissan Leaf SUV yet to be locked in

The bad news is that the shape you were born with still dictates whether or not you’ll fit comfortably inside, and the driving position remains a compromise. This is largely a problem of cramming a decent amount of battery into a small-ish, low-slung machine – which is why most premium rivals are starting their electric revolutions with larger crossovers.

The Leaf’s battery pack is the same compressed U-shape as the original, and physically no larger despite its improved 40kWh capacity. But this still means it pokes up under both rows of seats and leaves the driver feeling like they’re sitting in a high chair.

Nissan has effectively tied its shoelaces together here by failing to fit a reach-adjustable steering wheel. Trying to get close enough to a steering wheel that only tilts – and then not very far – without bringing knees uncomfortably close to the chunky steering column seems unnecessarily awkward. It may be enough to put some people off The Second Coming before they’ve even started the drive. 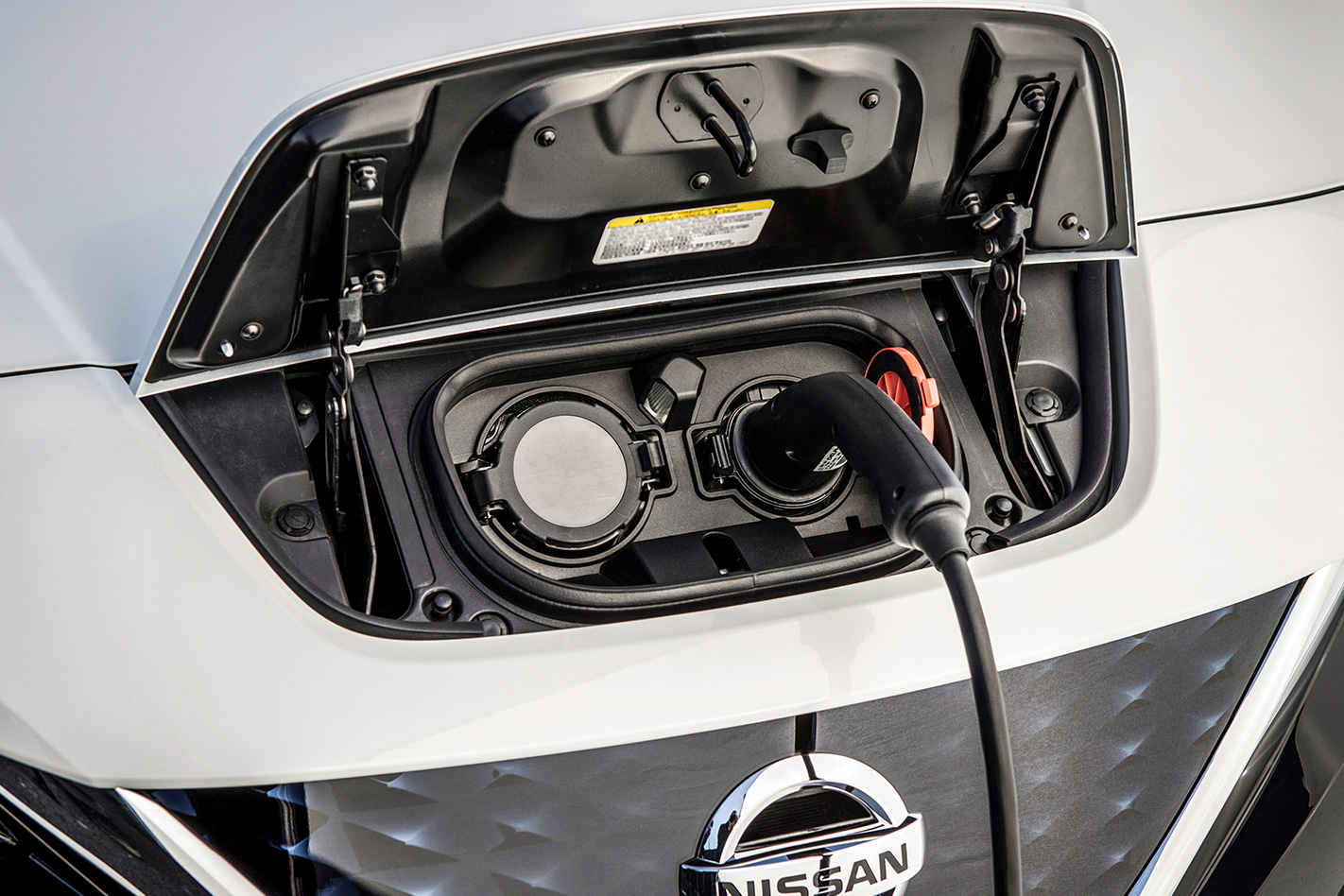 Persevere, though, because electric cars are fun. It’s the novelty of the instant response, the whooshy, motor-driven futurism that makes you feel like you’re in an episode of The Jetsons. And compared to the old Leaf, this new one can sustain that feeling for longer. The increased power and torque is enough to keep hard-charging 2.0-litre turbo hatches on their toes.

Read next: Top 5 Cars with the longest electric range

Zippy is a good word, while a considerably greater amount of sound isolation than before means the typical electric car refinement is better still. Effortless progress, to the sound of a gentle background hum.

The suspension tune for Australia is yet to be established but could reflect that for Europe. Compared with that for the Japanese-market, it adopts eight percent stiffer anti-roll bars and a complete reverse in approach to the springs and dampers – the coils are softer while the dampers are stiffer, which delivers a controlled yet comfortable ride that glides over bumps but stops the whole thing from flopping over in the corners. The new Leaf’s 5mm lower centre of gravity also helps, as does some extra structural reinforcement; you can really sense the suspension doing its job.

Europe also gets – and we want – a quicker steering rack with 2.6 rather than 3.2 turns from lock-to-lock, for added sharpness. The weighting is light but nicely measured, and the wheel loads up convincingly enough for you to enjoy the turns, without breaking the sheen of serenity the electric drive encourages. 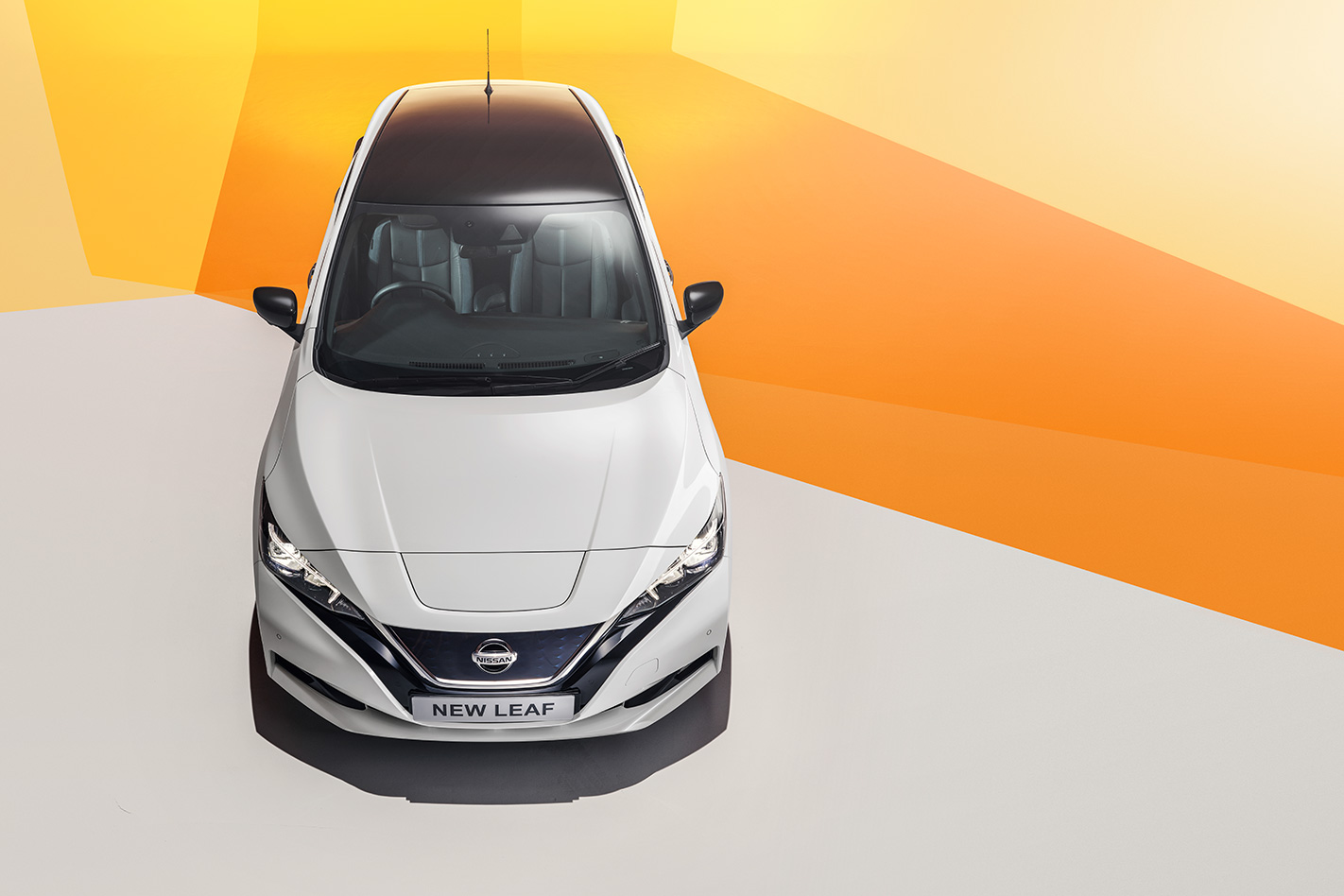 It all proves well up to the task of swiftly climbing over 2000 metres of steep terrain in the Canary Islands, where we drove it – and since electric motors don’t require oxygen, when the air gets thinner there’s no performance loss. But what of the e-Pedal, and its touted one-pedal driving ability?

Well, it certainly works – flip the switch, lift off the accelerator, and the deceleration wrought by the e-motor going into regenerative mode is now sharp enough to spill coffee. So much so that it almost seems pointless at first, because how often do you really need to stop that smartly? The idea is to ride the accelerator like a wave, rowing your right foot up and down in anticipation of the road ahead, rather than abandoning forward momentum. Once you’ve acclimatised it’s a smooth process, though the drag compared to the regular driving mode means it doesn’t make sense to use it all the time.

We’re also not entirely convinced it offers any particular advantage over the multiple, paddleshifter-activated brake regeneration modes employed by some rivals – if anything the paddleshifters give you more customisable control on the fly. But e-Pedal does integrate seamlessly with the friction brakes, allowing you to stop completely if required and even when the battery is too full for regen to work – so no nasty variation in braking performance when you first drive away from the charger.

As for the interior, it’s considerably toned-down compared to the orginal. The weirdness has been successfully minimised so as not to offend mainstream buyers. 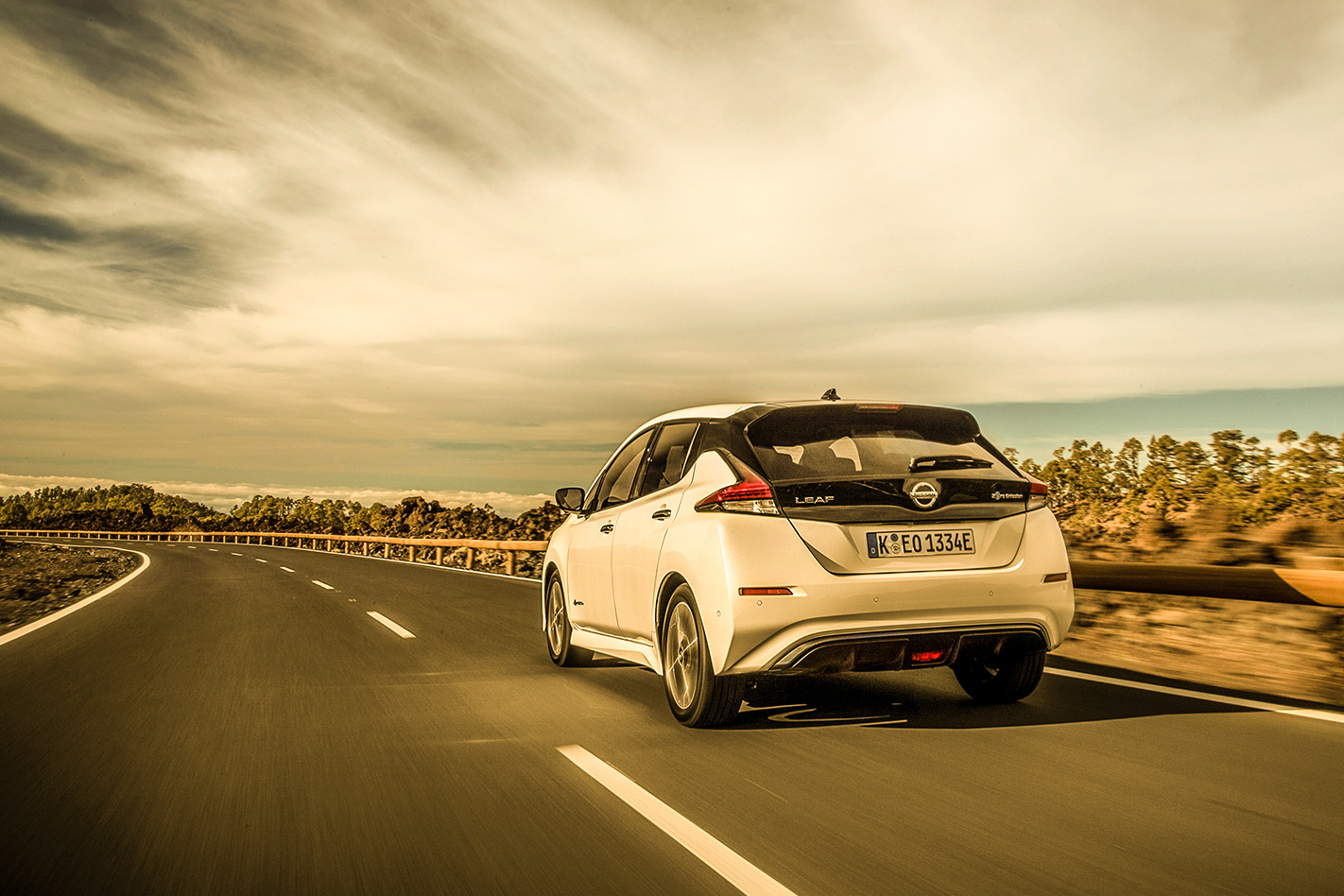 Yet Nissan could do better. Compared with the slick, super-sized-screen tone struck by the Mk7.5 Golf, someone still needs to confiscate the shotgun and the big bag of buttons from the Leaf’s design team. Or at least get them to place those buttons with a little more consideration. While Nissan doesn’t exactly put it this way, the Leaf essentially has four driving modes now – D (drive), B (increased regenerative braking), Eco (battery-saving) and e-Pedal – and they’re activated by three controls, two of them next to each other and the third, oddly, on the other side of the steering wheel.

Read next: Car buyers guide – Is now the best time to buy an electric car?

The UK-market Leaf is offered in three specification levels, though, just as for the previous-gen car, Nissan Australia will likely settle for a single well-equipped version.

On the menu for the local product planners are the NissanConnect EV multimedia system offered from the mid-spec Acenta overseas, which offers Apple CarPlay, Android Auto integration and useful charging-point information, and the ProPilot system from the top-level Tekna, incorporating adaptive cruise control and lane-keeping assist.

The previous Leaf cost $40K in Oz. If the new one was closer to a mid-spec Mazda 3 than a Golf GTI it would help its chances of gaining mainstream acceptance no end. And with a more conventional, mostly high-quality cabin, neat styling, real-world useful range and decent driving qualities, the second-gen Nisssan Leaf has every chance of being the first electric car to do so. 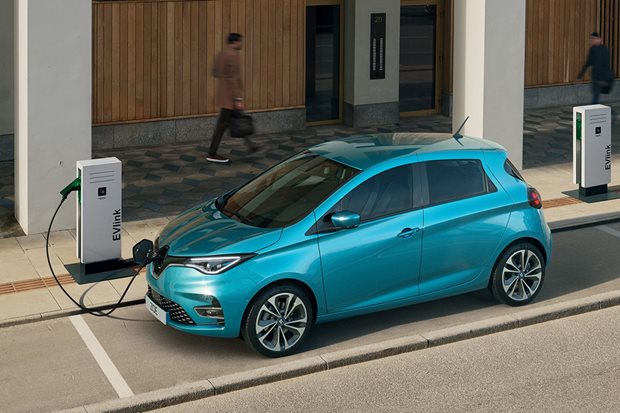 How bad is electric car depreciation?

Should depreciation really be one of your biggest worries as an electric car buyer? 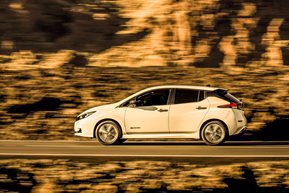 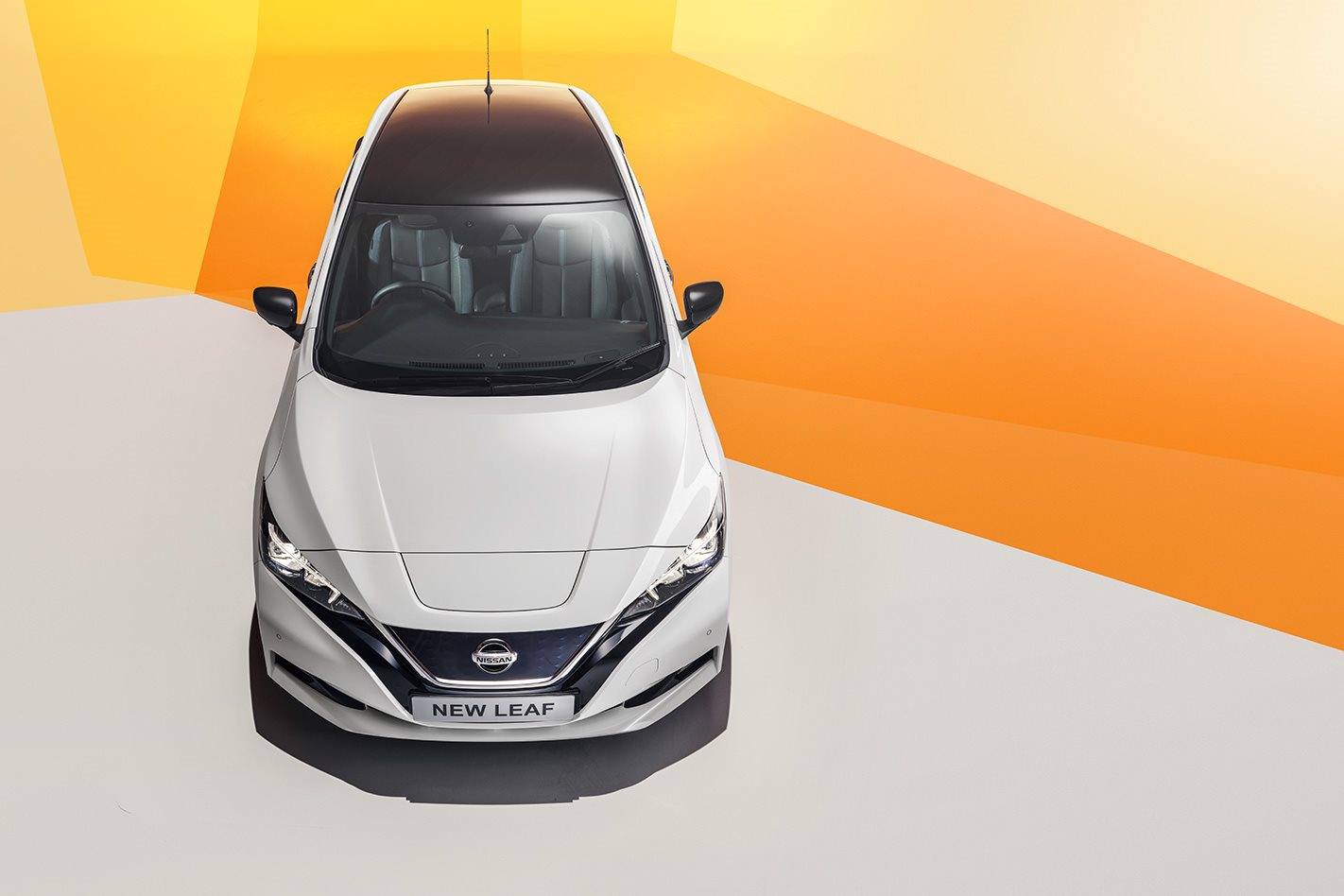 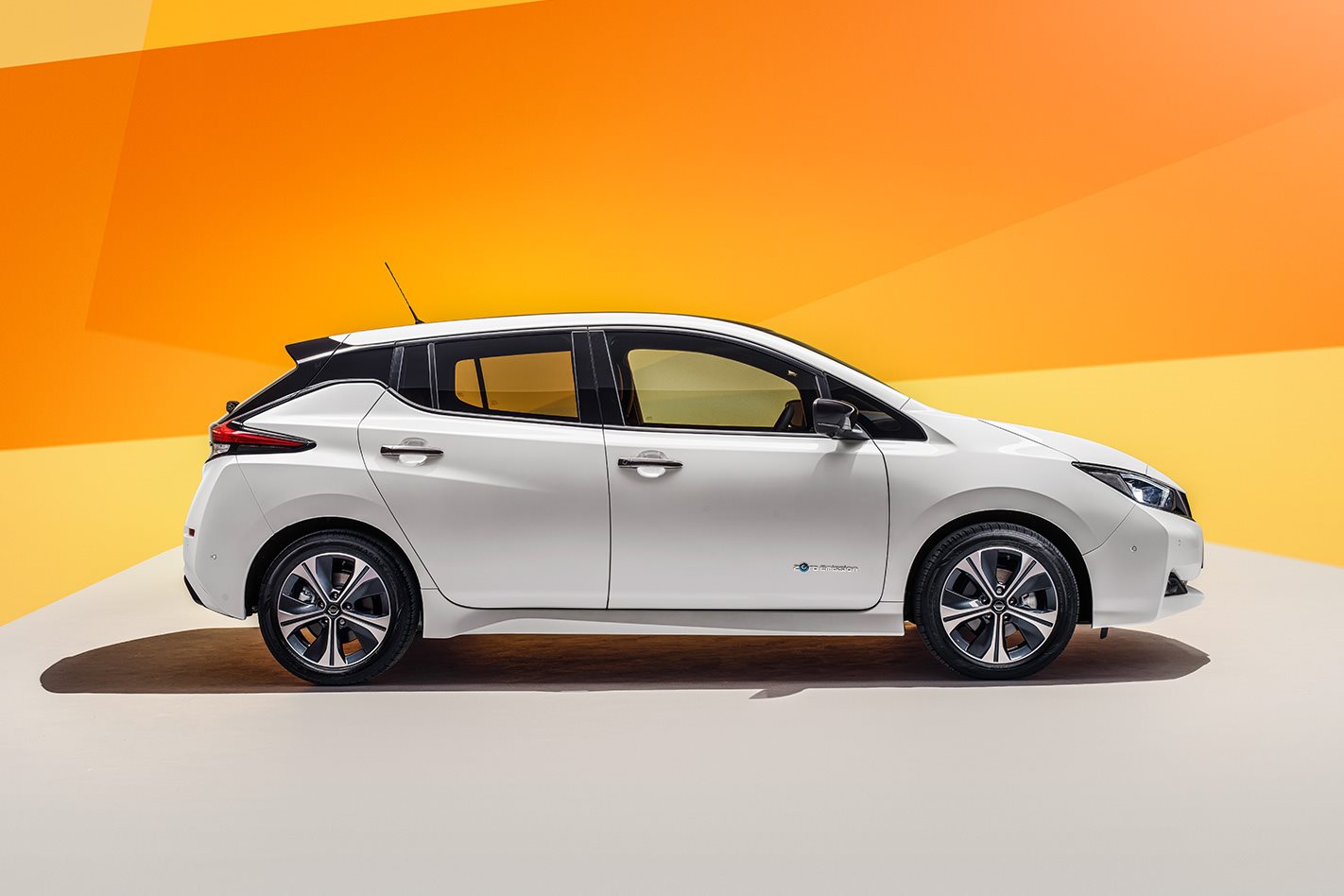 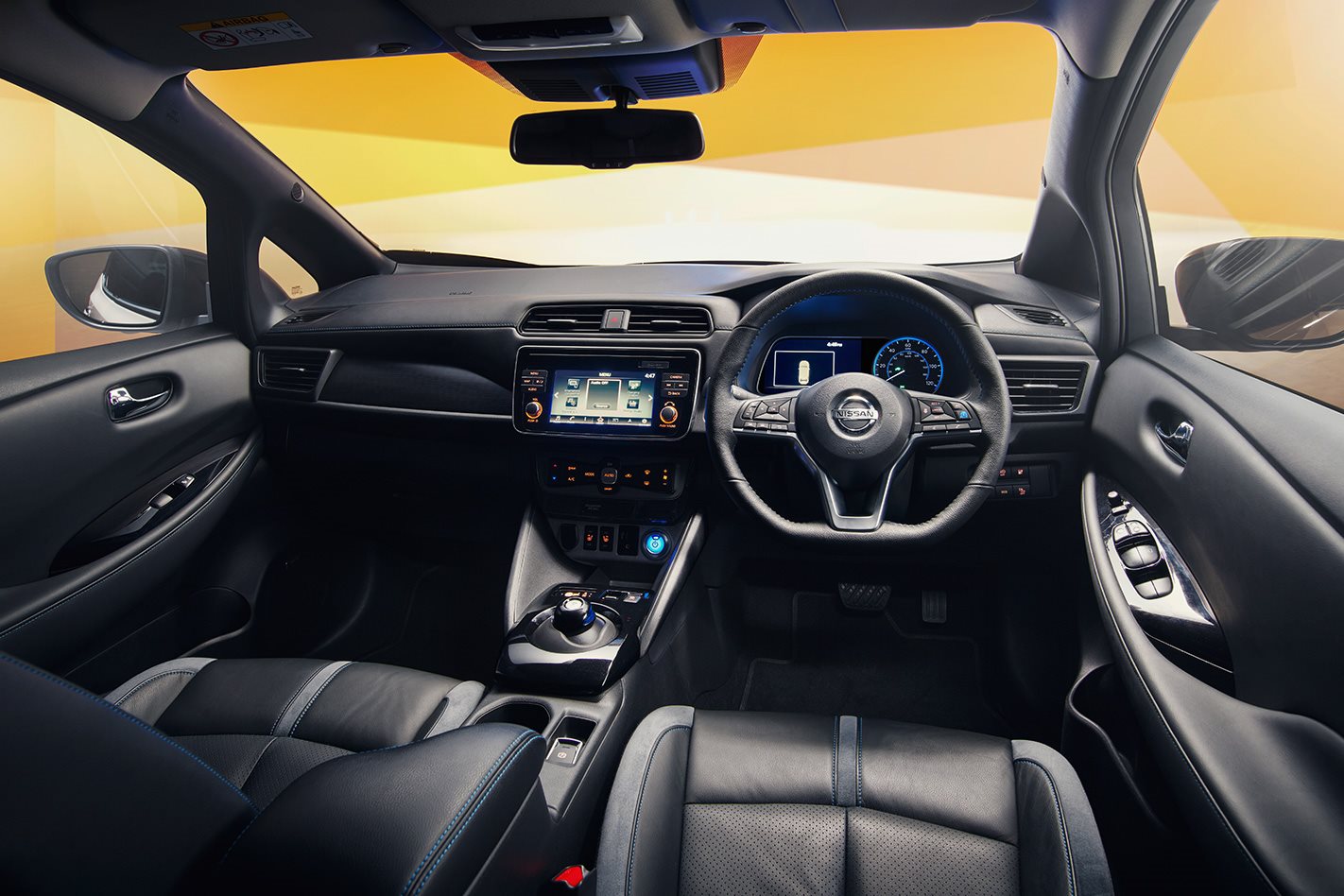 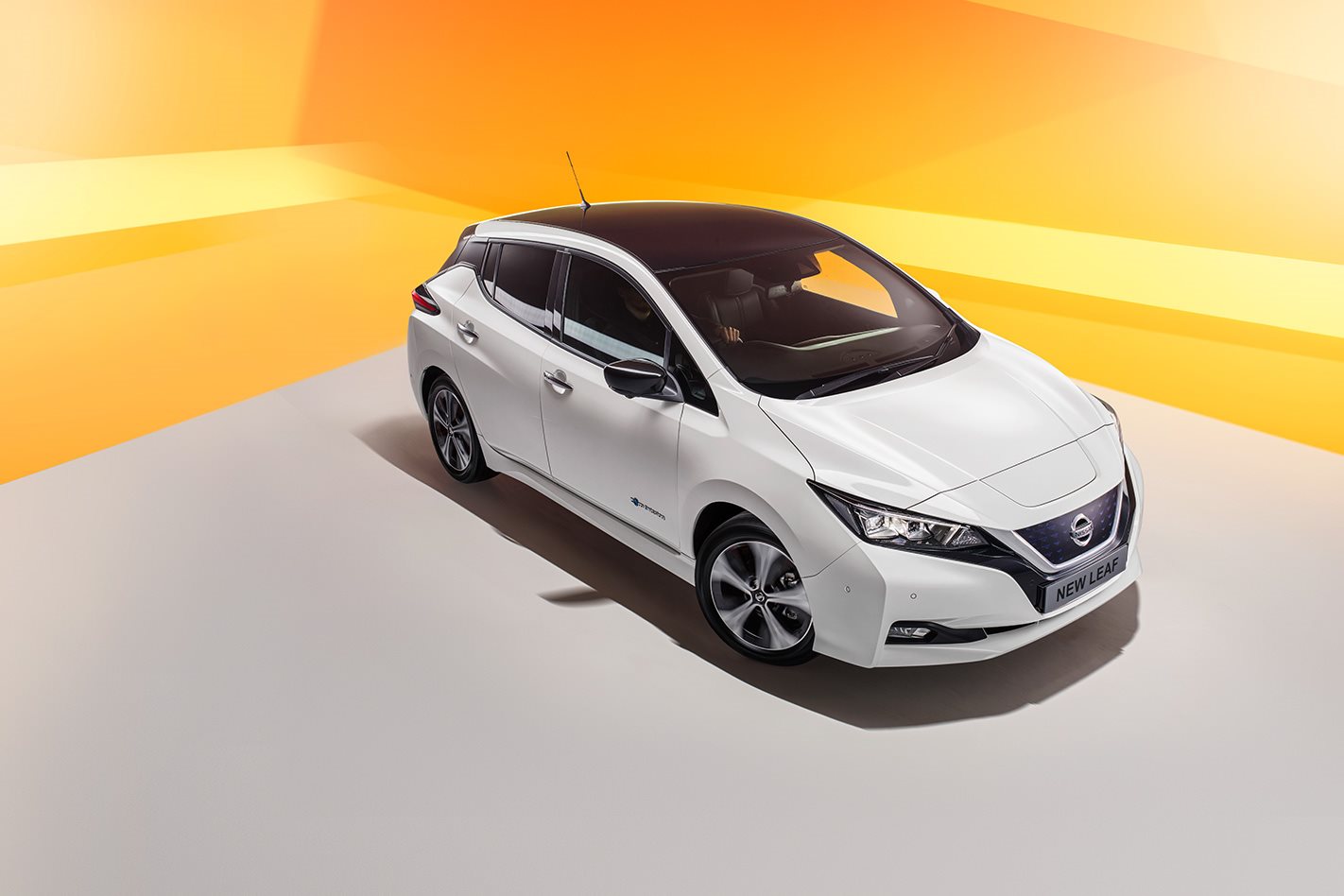 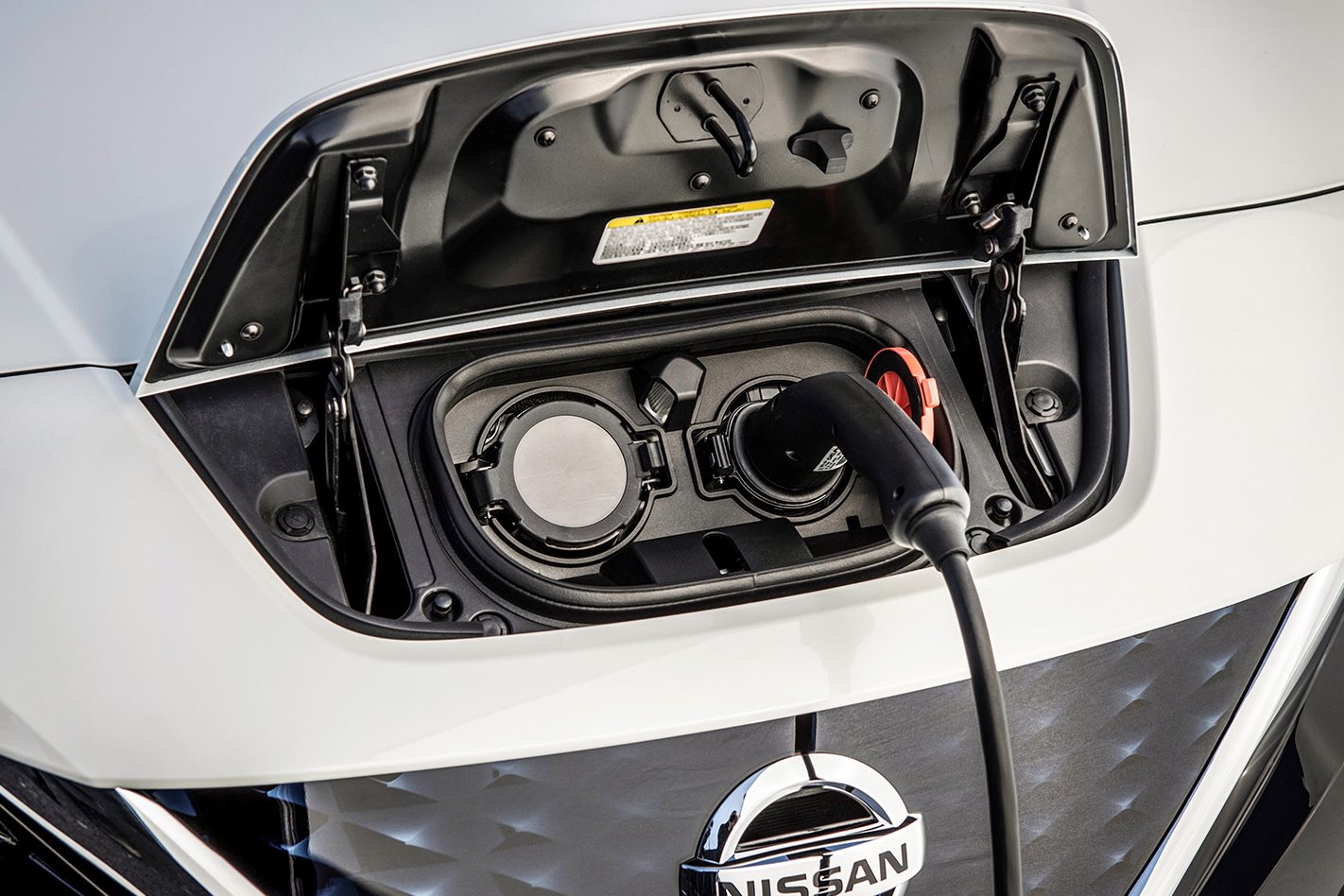 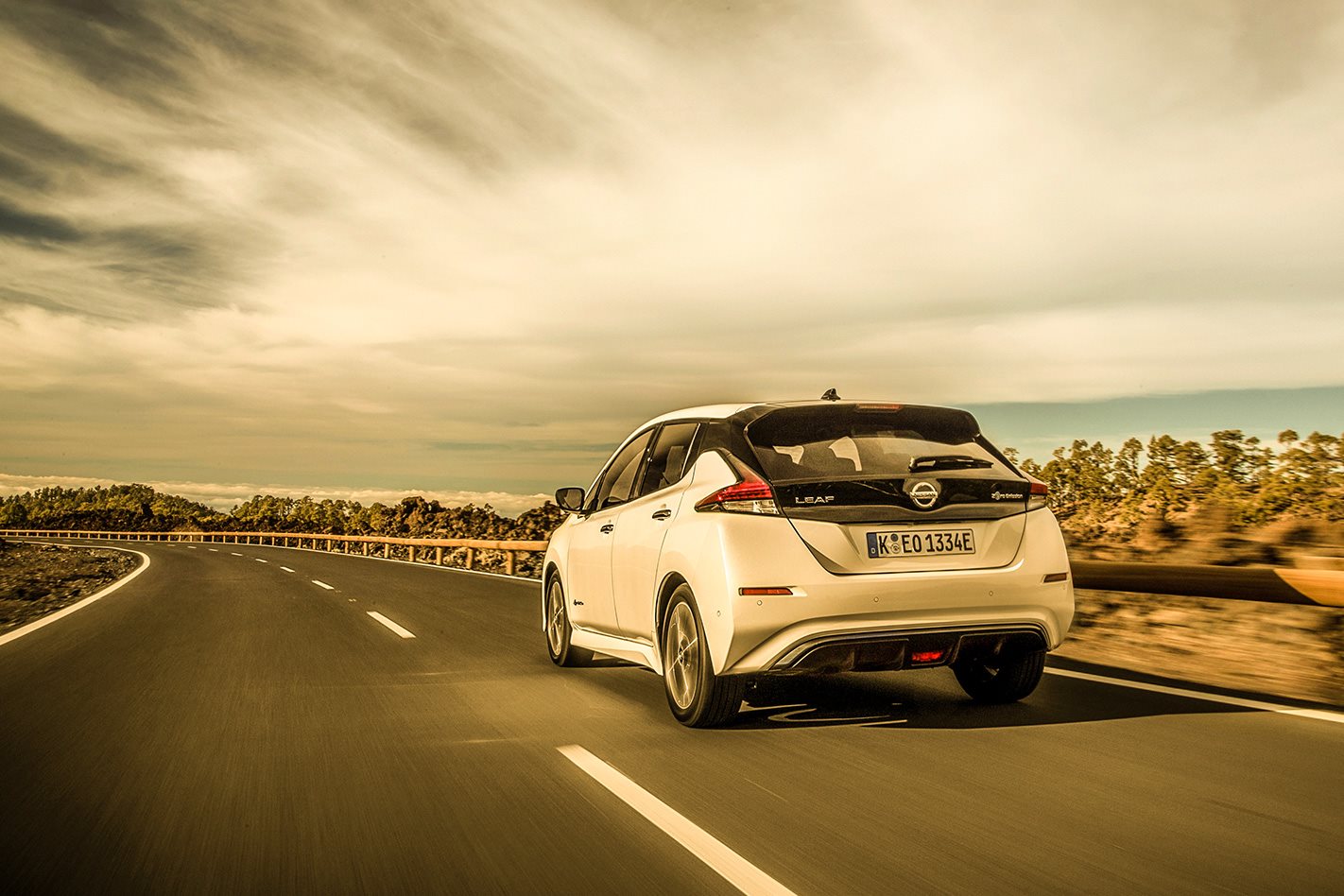