THE 2017 Nissan Leaf battery-electric vehicle has been unveiled in Tokyo with a 400km range in standard form – giving it slightly longer legs than a Tesla Model 3.

What's more, a longer-range variant of the second-generation Leaf will arrive some time in 2018 – though specific details of that model have yet to be announced. Built on a platform that is 4480mm long and 1790mm wide, the new Leaf occupies a larger footprint than a Mazda 3. Interior space should be more generous even though the new Leaf's 2700mm wheelbase equals the Mazda, down to the packaging benefits of the car's low-profile battery pack –sited beneath the front seats in the centre of the chassis – and the absence of a fuel tank or exhaust pipes.

The Leaf's 40kWh battery pack is the same physical size as the outgoing car's box of volts, with advances in the construction of its laminated lithium-ion cells being the key to unlocking that 400km range. All up, Nissan claims the energy density of the Leaf's battery has improved a significant 67 percent.

As for how long it takes to fully charge, Nissan claims a 16-hour charge time on a 3kW charger, eight hours on a 6kW charger, and if plugged into a fast charger, only 40 minutes to reach 80 percent capacity. What's more, Nissan says it'll be possible to use the new Leaf's capacious battery to power homes, with residual battery charge able to flow back into a home's power circuit for domestic use. The battery would then be charged up later at night, using cheaper off-peak energy. That bigger battery supplies power to a brawnier motor, too. Driving the front wheels is a 110kW/320Nm electric motor, boasting improvements to power and torque of 38 percent and 26 percent respectively compared with the first-gen Leaf. As with the outgoing car, maximum torque is available right from zero rpm.

Nissan says accessing that power will be easier, too, thanks to what it terms the e-Pedal. Similar to the high-regen function of the BMW i3's accelerator pedal, the Leaf's e-Pedal allows the driver to brake the car just by modulating pressure on the accelerator. By increasing the force of the car's regenerative braking as the pedal is lifted, the need to shift your right foot to the brake pedal is minimised. 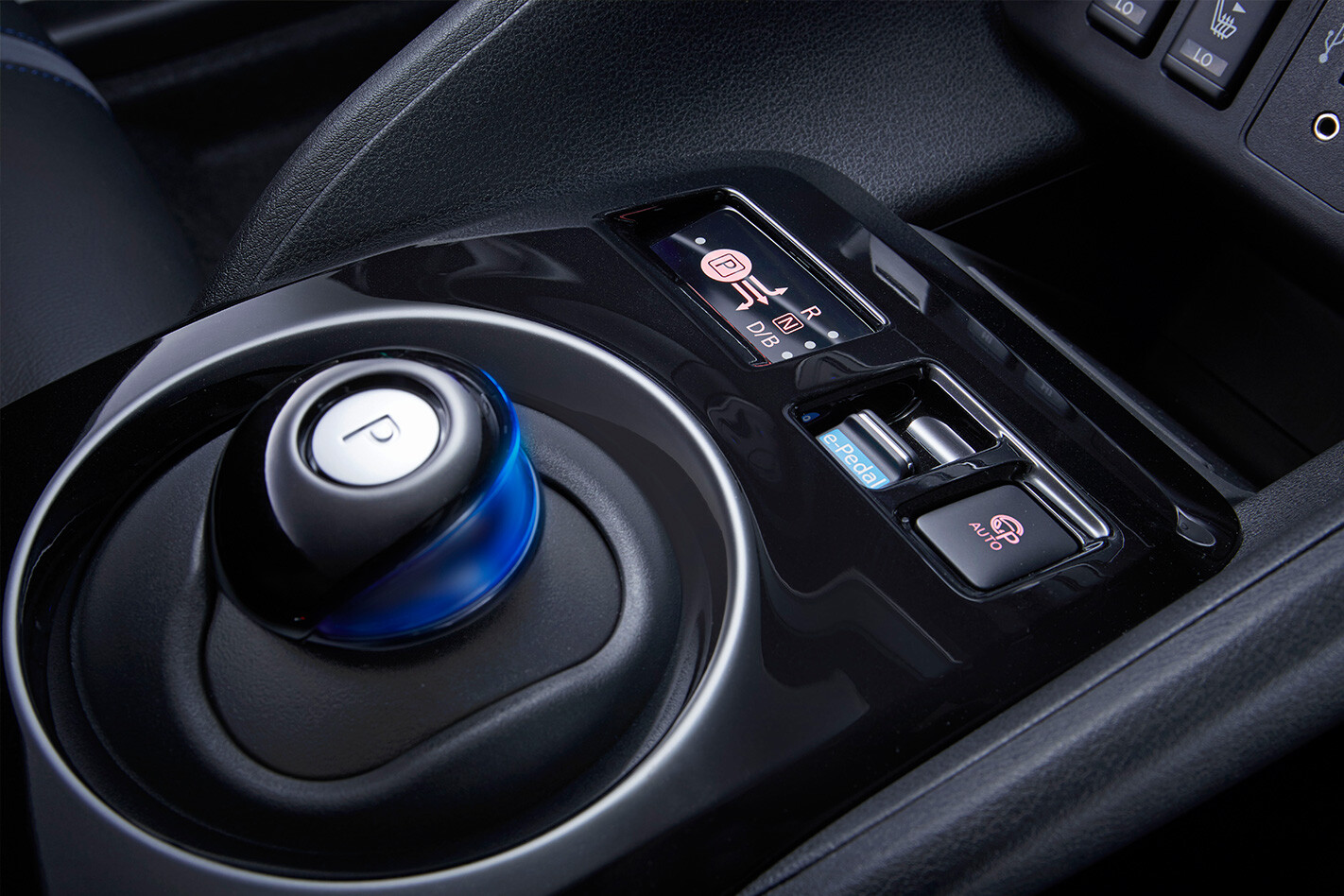 The new Leaf is also the hook on which Nissan is hanging its latest and greatest piloted driving technology, with an autonomous highway driving mode, self-parking function and more prosaic active safety aids such as autonomous emergency braking and blind spot warning, all falling under the Nissan Intelligent Driving umbrella

ProPilot is the centrepiece of that suite. As the next evolution of active cruise control, ProPilot maintains a pre-set gap to traffic in front and keeps the car centred within its lane. Active between 30km/h and 100km/h, it'll work right up until traffic comes to a full stop, and will resume once the driver presses the ProPilot button again or taps the accelerator pedal. Once you reach your destination, the ProPilot Park system affords the driver another opportunity to go hands-off. Using the array of four high-res cameras mounted around the car as well as its 12 short-range ultrasonic sensors, it'll guide the car automatically into a parking spot, parallel or otherwise.

The Leaf’s styling has become more conservative, with the conspicuous and blobby form of the first gen giving way to crisp creases, triple-tone paint finishes and a floating roof graphic. It may not be as sleek as the IDS concept shown at the 2015 Tokyo Motor Show as a preview of the new Leaf, but the more conservative design should prove less polarising. It's a similar story on the inside. The organic design language has been nixed along with the double-decker instrument cluster, though the floating tablet-style infotainment console and the round gear selector 'hockey puck' are familiar. Available in black or beige, the Leaf's interior sports a more premium aura, while a 435 litre seats-up boot capacity gives it a greater cargo carrying capability than similarly sized hatches.

Seven years on from the first-generation Leaf’s debut, and five years after that model went on sale in Australia, the new Leaf will roll out over core markets including Japan, the US and Europe before arriving in local showrooms sometime around the fourth quarter of 2018. Pricing, a key factor in whether the Leaf finds more traction among buyers in its second generation than in its first, has yet to be announced.