Drivers will soon be able to recharge their EV at Shell petrol stations in Europe in the time it takes to fill a tank with unleaded.

The world’s second biggest oil company has entered into a venture with Munich-based charging network operator IONITY, which itself is a consortium between the BMW Group, Daimler, Ford and the Volkswagen Group – which all have electric vehicle programs in place.

Shell says the fast charging points, capable of charging cars in around the same time it takes to fill a fuel tank, will initially be installed at 80 of the biggest motorway Shell fuel stations in Belgium, Britain, France, the Netherlands, Austria, Czech Republic, Hungary, Poland, Slovakia and Slovenia.

In addition, IONITY is also partnering with other fuel retailers to expand it network through other parts of Europe including Ireland, Germany, Scandinavia, Estonia, Latvia and Lithuania. 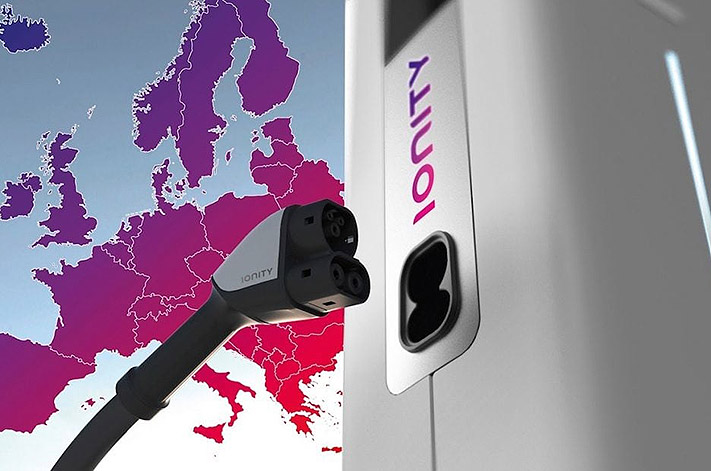 It’s claimed it will take little as five to eight minutes on average to charge an electric vehicle at the petrol stations. However, that figure is dependent on a 350kW charging rate (three times that of Tesla’s Superchargers) and vehicles capable of handling that kind of power are still at least couple of years away.

The endeavour follows Shell’s acquisition last month of NewMotion, Europe’s largest electric-vehicle charging provider, which has 50,000 public charging sites. The buyout coincided with the installation of Shell’s own charging points at petrol stations in the UK.

The Netherlands-based multinational is looking ahead to a future beyond oil and has already announced that it wants 20 percent of profitable income from fuel sold at its petrol stations to come from vehicles without petrol or diesel combustion engines.

Will the network expand to Australia any time soon? Don’t hold your breath. Putting aside the fact that Australian governments and business have been slow invest in EV infrastructure, Shell’s retail fuel business in Australia is licenced to a separate company, Viva Energy Australia, which puts it at arm’s length from the European business.

WhichCar has contacted Viva Energy and Shell Australia to see if there are any plans to roll out EV chargers across the Shell network in Australia.