It looks like Australia might be getting an all-new electric SUV option if these spy pictures snapped in Alice Springs are any guide.

WhichCar reader Darren recently snapped these images what appears to be the SsangYong Korando E100, which the Korean carmaker revealed last year. 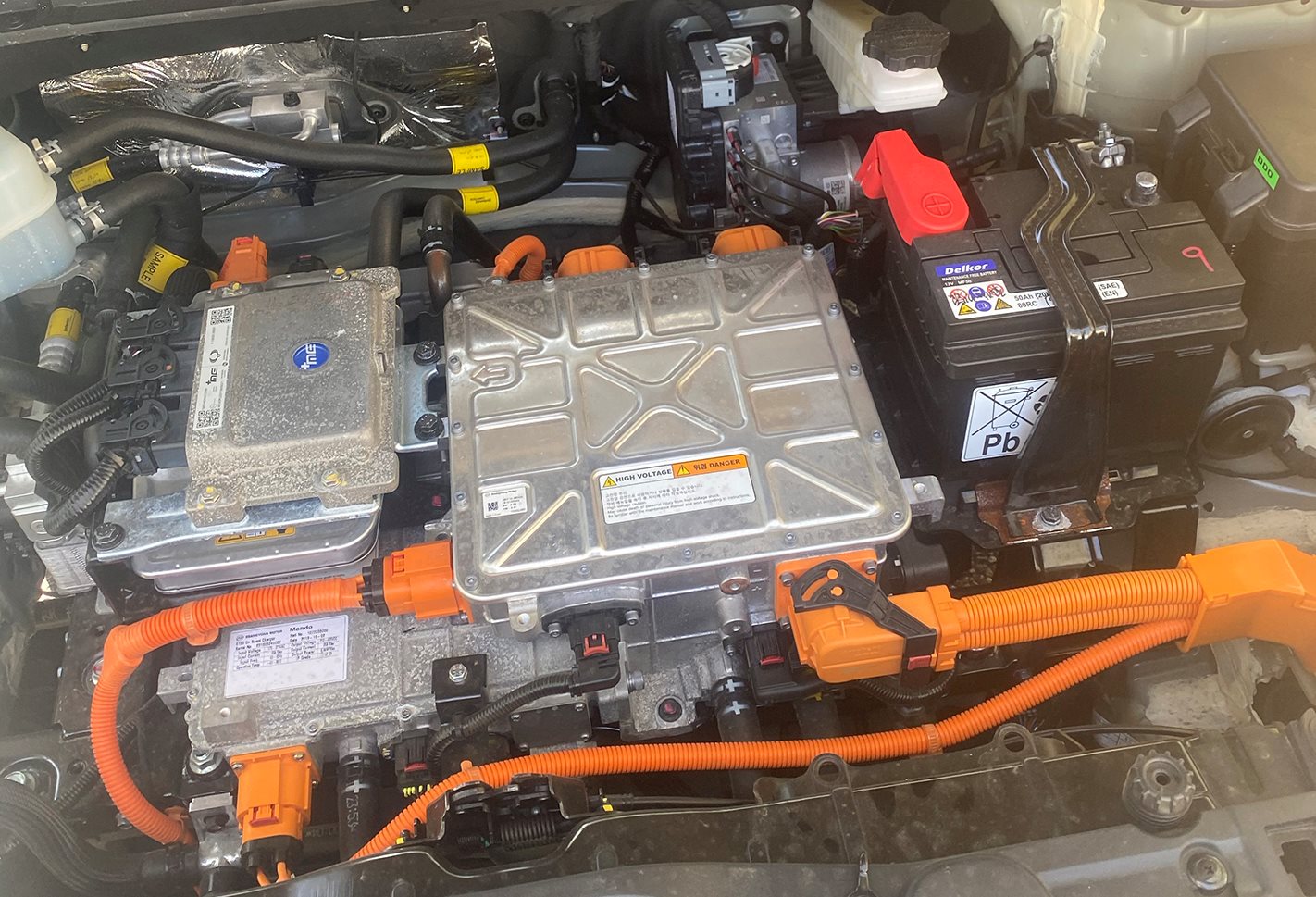 Based on the Korando medium SUV, the E100 is powered by a single 140kW motor connected to a 61.5kWh battery pack.

According to SsangYong the E100 will have a 420km range and class-leading acceleration. It also reckons it will be able to tow a caravan, though at this stage has not revealed its towing capacity or range.

Clues to how it looks underneath the cladding can be found with the 2018 SsangYong e-SIV EV Concept (below) that shares the Korando's profile and distinctive crease lines but has a more futuristic front end, with the standard grille being surplus to requirements. 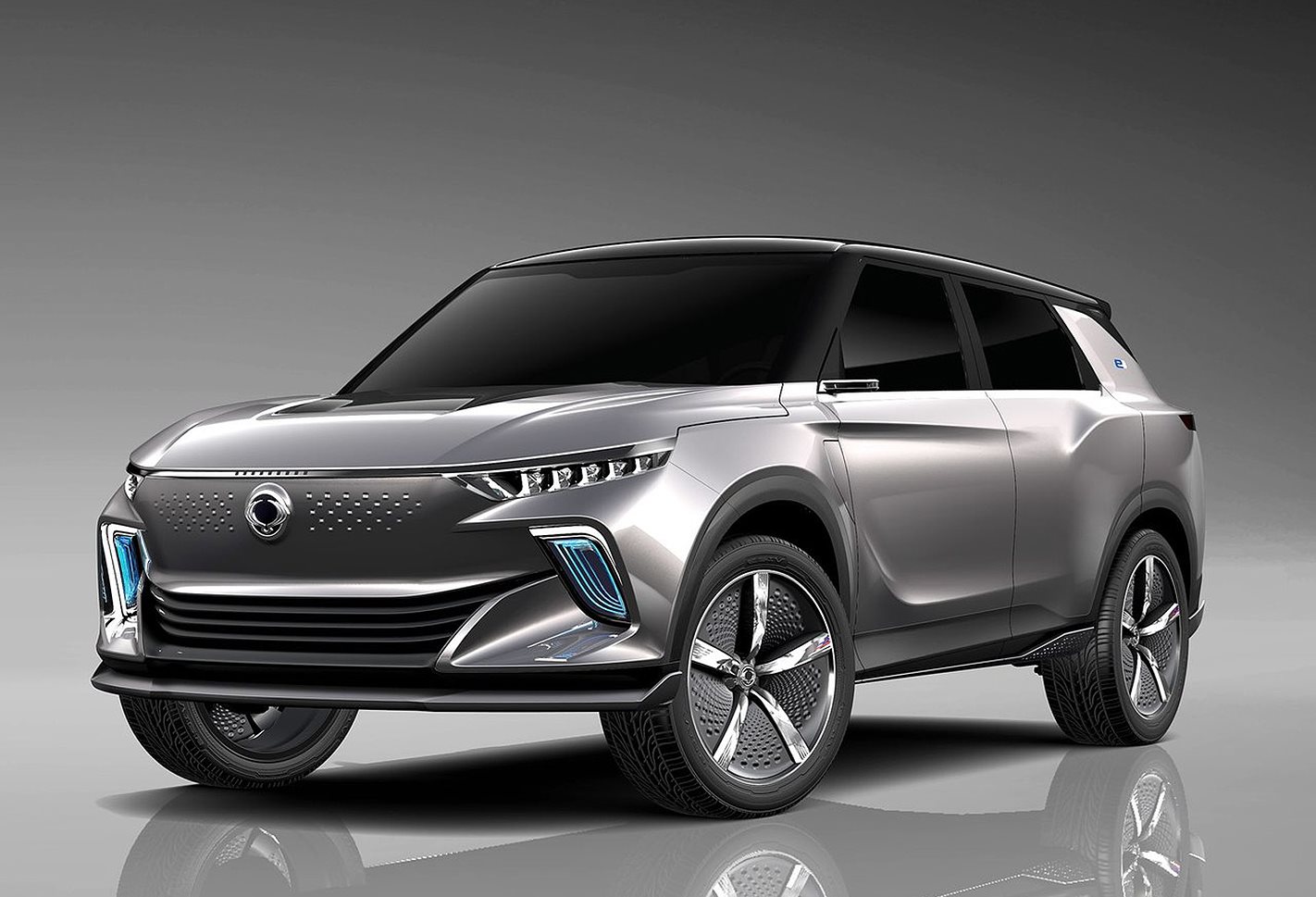 The Korando is also expected to gain a 48V mild-hybrid system later next year to help meet the SsangYong range meet emissions targets.

WhichCar has contacted SsangYong Australia to find out if the Korando E100, which was slated to enter production in mid-2021, will be joining its revamped line-up which includes the Rexton seven-seat SUV and Musso dual-cab ute. 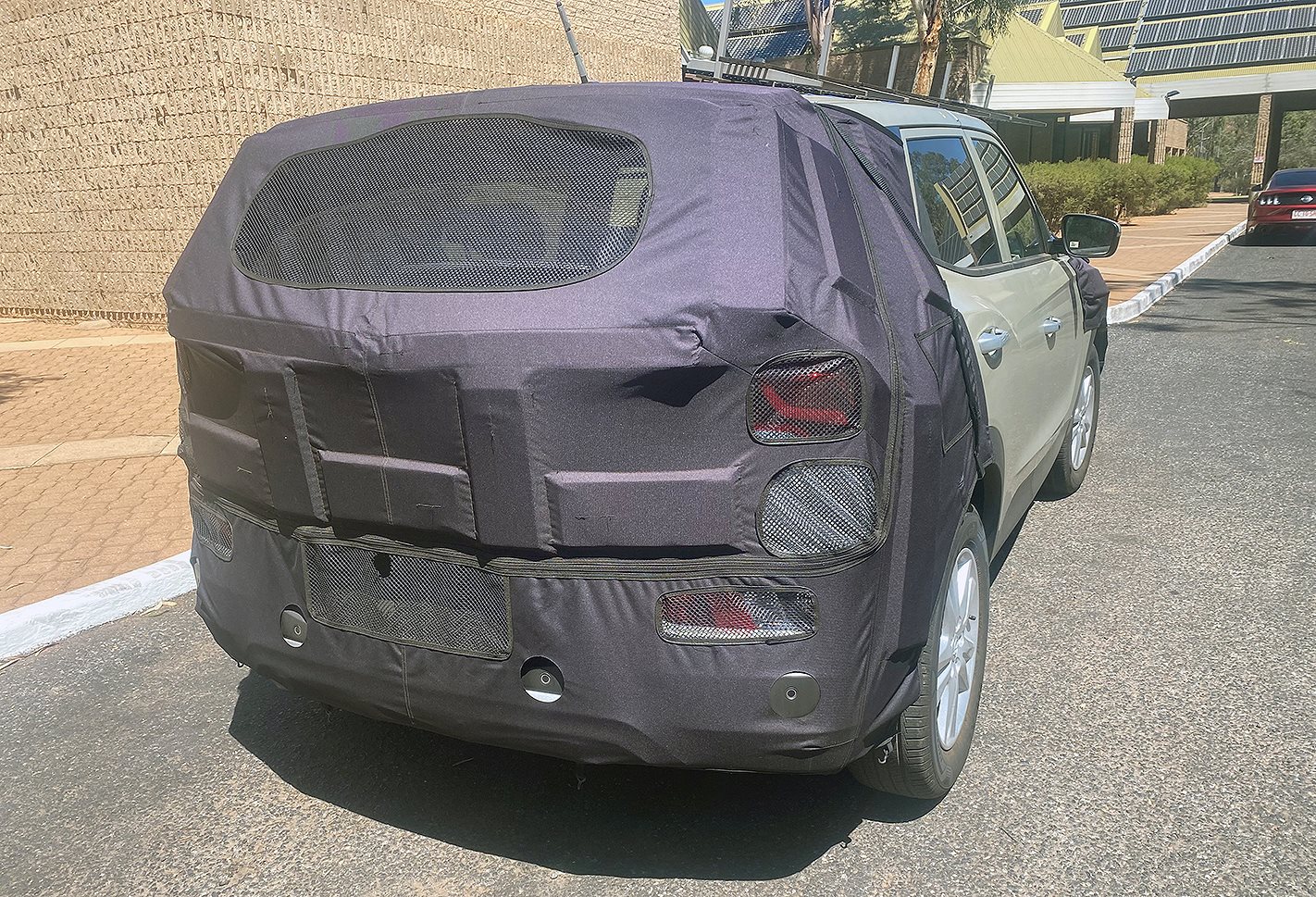 Seeing the cars being evaluated in Australia isn’t exactly confirmation of this. The fact they were spotted in Alice Springs could mean SsangYong has brought them here for warm weather testing as the Northern Hemisphere still emerges from winter.

But SsangYong Australia, which relaunched here in 2018 with full factory backing, has expressed that it would be very keen to see electrified versions become available Down Under. 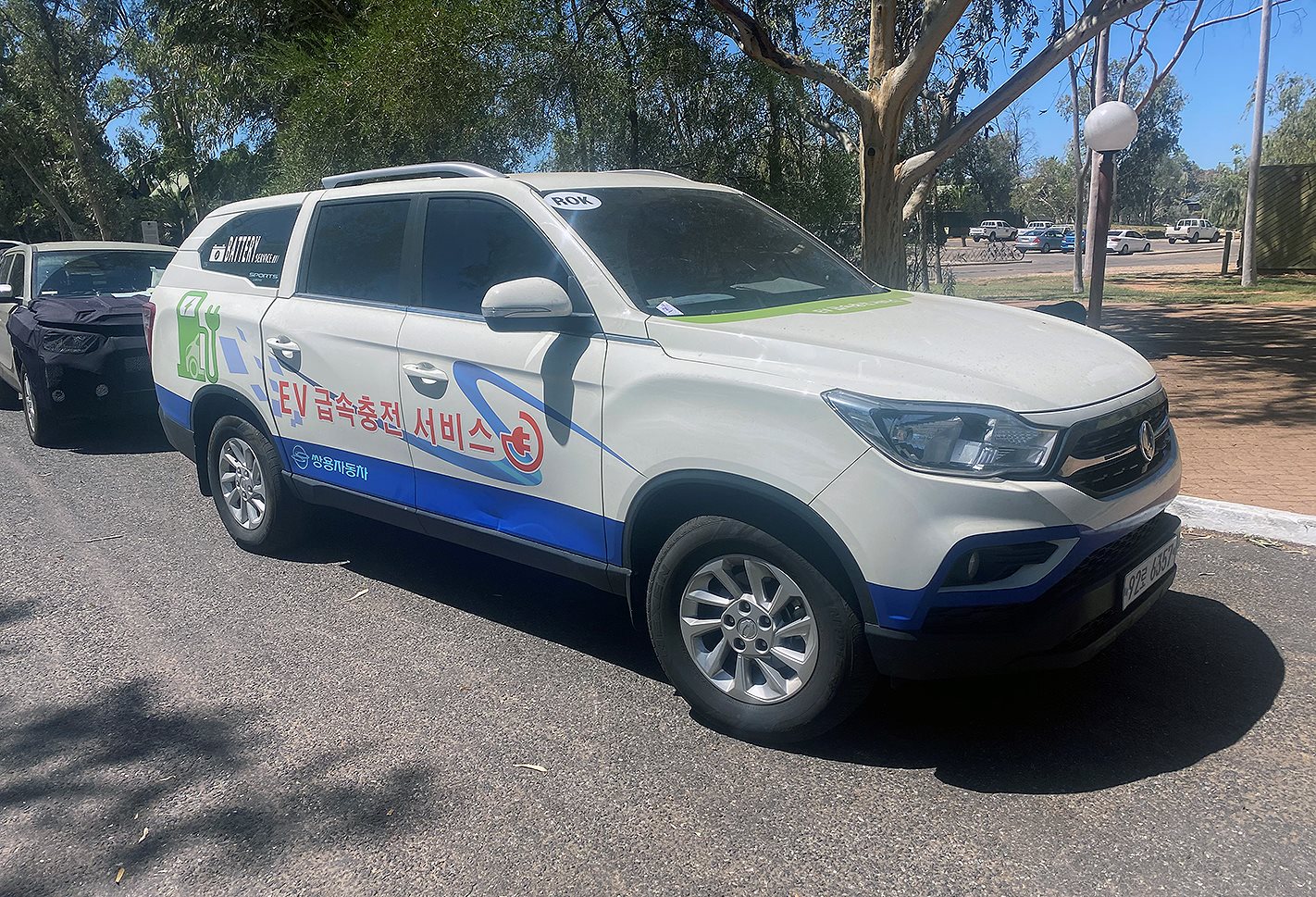 Being one of the first carmakers to offer a relatively affordable medium SUV to the Australian market would boost SsangYong’s here.

READ NEXT: Everything you need to know about electric cars

If it does come to Australia, the SsangYong Korando E100 would provide a more practical option than the Hyundai Kona Electric while being more affordable than the Mercedes-Benz EQC and Tesla Model X. 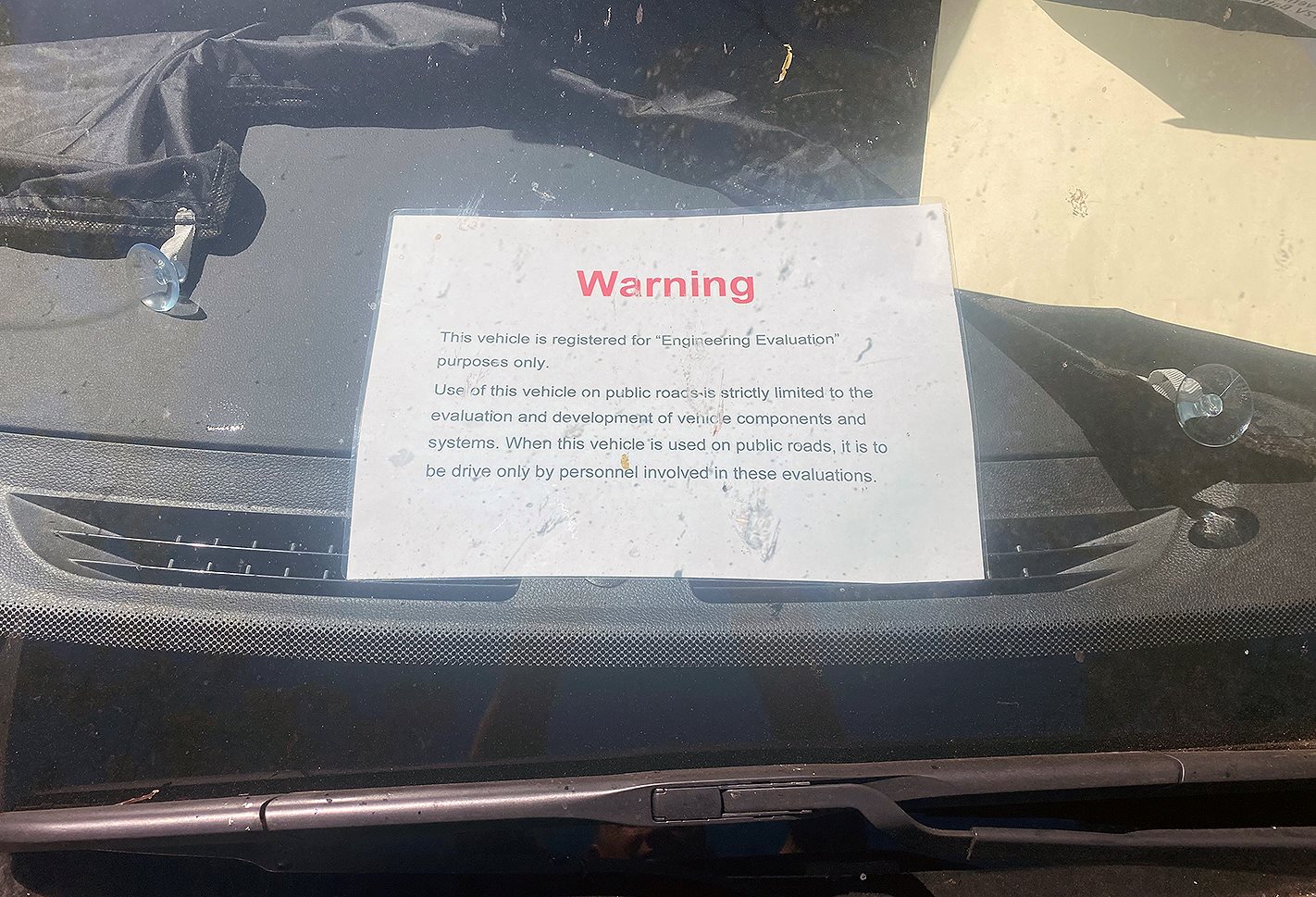 SsangYong hasn’t revealed pricing yet, even for its European target market, but, using the Kona Electric as a guide, expect to pay from around the high-$50k mark.

Snapped something special? Let us know in the comments below and we'll chase it up!