Mild hybrid systems are becoming increasingly popular among all manufacturers but few consumers understand the key differences between this new-age technology and conventional hybrid powertrains.

By now most people have a general understanding of, or are at least aware of, hybrid powertrains. But mild hybrid systems differ in that they're a much simpler and cheaper way to reduce a car's emissions output.

You’re probably familiar with hybrid and plug-in hybrid tech through cars like the Toyota Prius and Mitsubishi Outlander, which use a combination of an internal combustion engine and a battery-powered electric motor to increase fuel economy and reduce emissions. 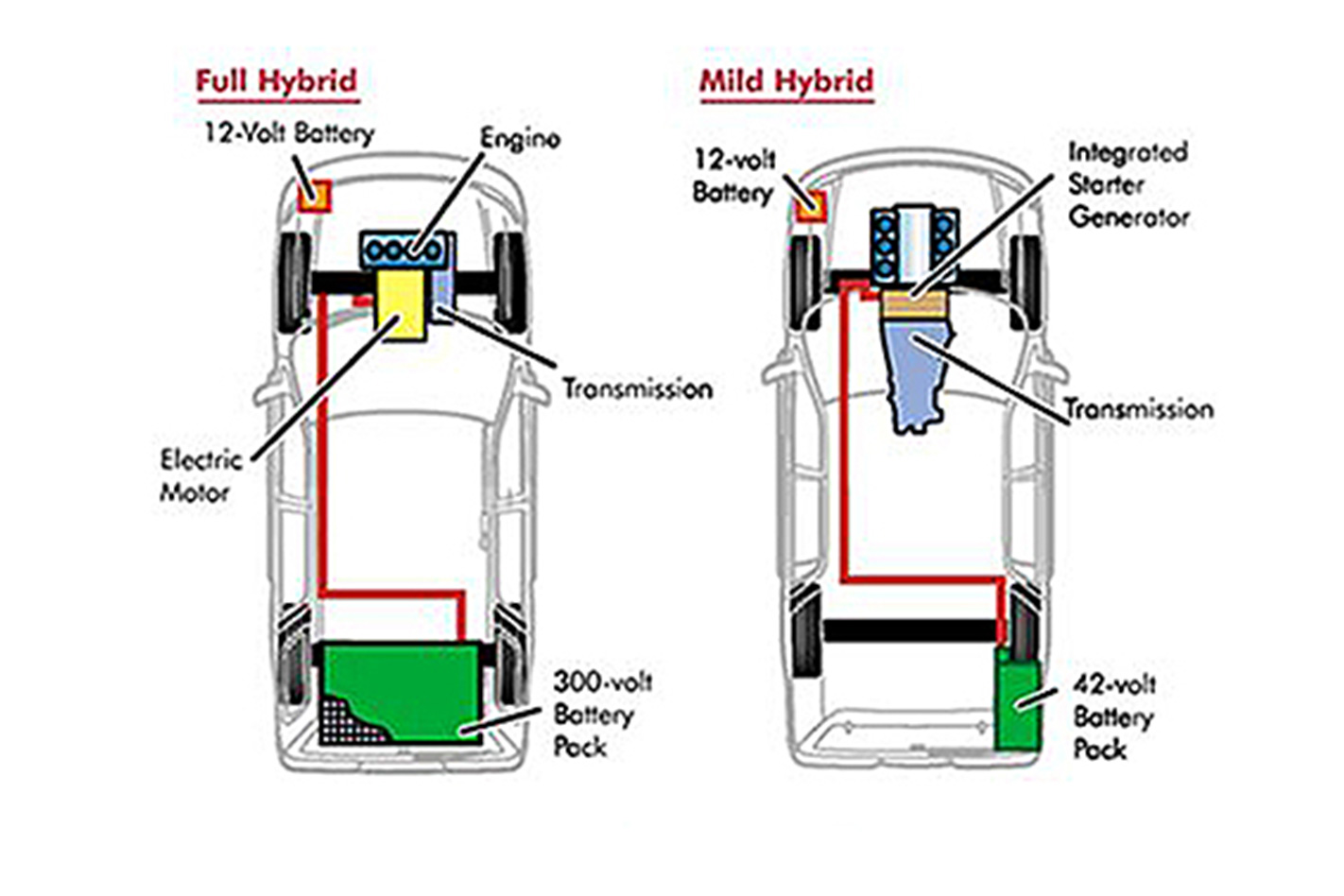 Currently in use by brands like Mercedes-Benzes, Audis, Kias and Suzukis, the lower-tech mild hybrid systems utilises a small 48-volt motor/generator in place of a conventional alternator (the device that normally charges the battery in a combustion-engined car). This is designed to give the combustion engine a mild boost under heavy acceleration or to give the engine a helping hand from a standing start.

In addition to providing boost in the circumstances above, mild hybrids cut the ignition when engine power isn’t needed such as when stationary, rolling or when braking – a system more commonly known as engine start-stop. Some also capture energy using regenerative braking, which converts the car’s kinetic energy when decelerating and stores it as electrical energy in the batteries.

What are Australia's Best Hybrids

The 48-volt motor/generator in the mild-hybrid system also replaces the traditional starter motor and alternator which leads to further efficiencies, weight savings and smoother starting.

And while they may not save as much fuel as conventional hybrids, mild-hybrid systems are claimed to improve efficiency by up to 15 percent and they are much cheaper to manufacture than full hybrids as they’re typically easier to integrate into a conventional car.

As such, we're poised to see a lot more of the technology integrated within the next few years as an easier way to reduce emissions produced by the internal combustion engine.