Tesla's Elon Musk still staunchly believes his dream of full self-driving autonomy will become a reality before year's end, insisting that the upgrades are coming to Autopilot in about a month.

At Tesla's annual stakeholder meeting - which also broached topics including the Cybertruck, Tesla Model S Plaid powertrain and battery improvements - Tesla CEO Elon Musk revealed that the EV manufacturer is currently preparing a beta-testing version which will be privately tested within a number of months.

Musk revealed that he was currently driving a 'bleeding edge version' of Autopilot and while he didn't mention specifics on what it could do, he hinted that owners will get a chance to experience it soon through a private testing beta program.

"I think we'll hopefully release a private beta of Autopilot (the full self-driving version of autopilot) in, I think a month or so. And then people will really understand the magnitude of the change," said Musk.

MOREThis is how Tesla's Autopilot sees the world

Musk explained that Tesla engineers have overhauled the way Autopilot sees the world, which can now label different objects in 3D video rather than 2D images. 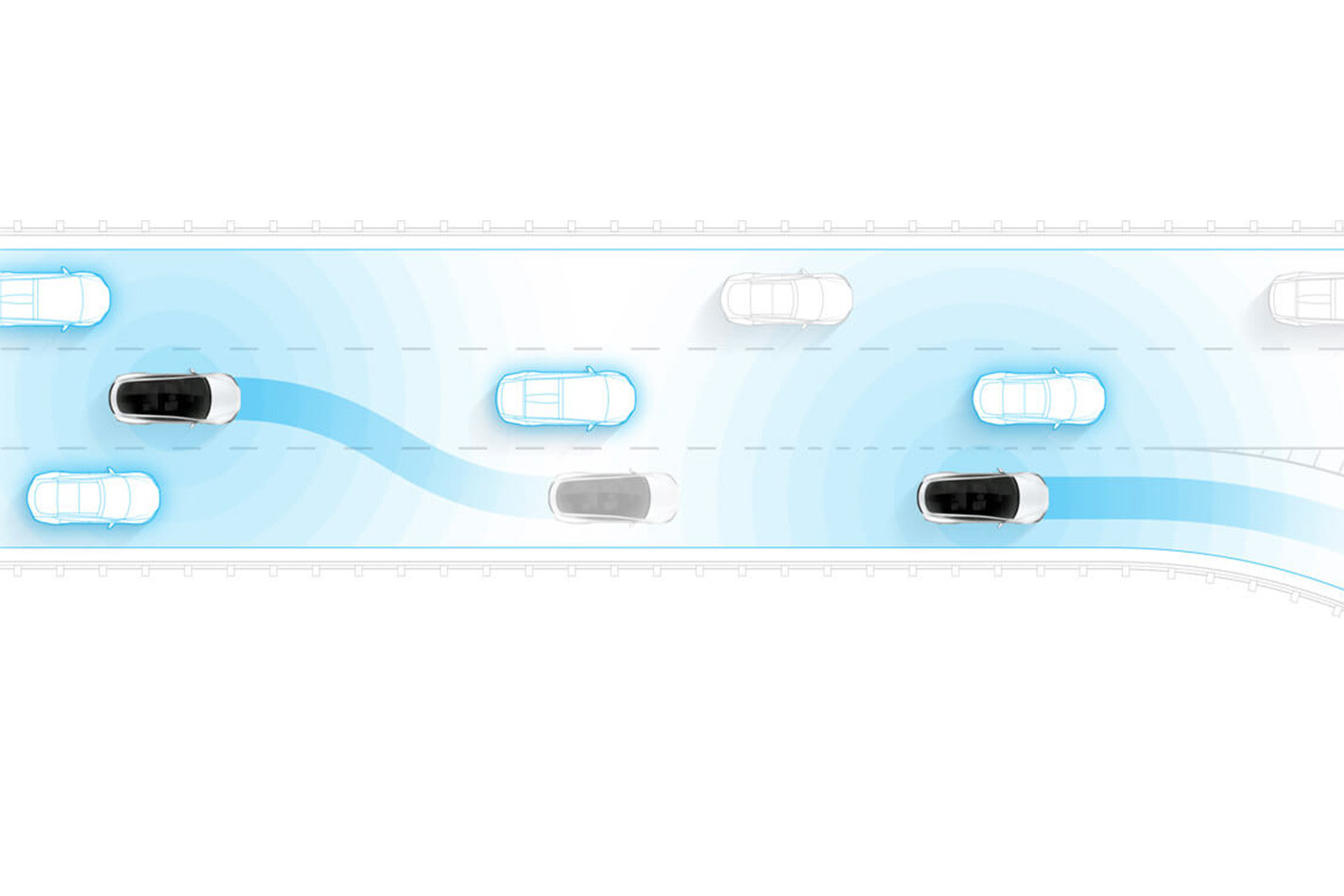 The news was received with a cacophony of honks in place of applause at the COVID-safe event which saw attendees watching on from their cars, drive-in style.

Others aren't so sure about the real-world viability of the self-drive tech, as evidenced below in the original story.

It’s been quite the week for Elon Musk. Tesla recorded its fourth straight quarter of profit in a row despite the coronavirus’s impact on the automotive industry, while Musk himself came into a potential US$2.1b ($4b) windfall after the company hit another market capitalisation goal that released to him a new tranche of discounted Tesla shares.

He also announced that Texas would be the base for Telsa's third so-called Gigafactory, where the company plans to build the forthcoming Tesla Cybertruck, as well as Model 3, Model Y and its proposed semi-trailer.

However, his recent doubling-down on claims that Tesla vehicles will be capable of level five autonomous driving – the level at which a car would not even require a steering wheel – as soon as this year has been slammed by industry experts as “not being on a plane of reality”.

He did suggest, however, that there are still bumps in the road ahead.

“There are many small problems, and then there's the challenge of solving all those small problems and putting the whole system together,” he said.

Despite the disclaimer, several US experts from various fields have lambasted the claim.

"None of this is on a plane of reality," Jason Levine, the executive director of the US-based Centre for Auto Safety and a former communications director who has worked for Ford and Chrysler, told US site Automotive News [paywall].

"It's an absurd idea at this point in time with the technology available and infrastructure available and complete unwillingness of Tesla to acknowledge its mistakes."

Other experts, like Sam Abuelsamid, the principal analyst at Guidehouse Insights, are even more pointed.

MORELevel Five autonomy is a long way off, says Continental

"The cars they are building will never be level five, period," he said. "It's nonsense. He needs to shut up until he can deliver something."

Abuelsamid, among others, suggests that Tesla’s reliance on camera- and radar-based systems will prevent it from ever reaching Musk’s lofty goal. Camera systems, in particular, are easily affected by adverse weather conditions.

Tesla’s Autopilot system is, despite its name, equivalent to level two autonomy, where steering assistance and advanced braking is able to provide limited automated control of a vehicle under the supervision of an active driver.

The system has been found wanting in certain situations, with multiple incidents involving Teslas reported to US authorities.

Most recently, a Taiwanese Tesla owner smashed into an overturned truck on a freeway after wrongly believing that his Model 3’s Autopilot system would prevent such a crash.

German authorities have also given Autopilot the thumbs-down, forcing Tesla to rename the system.

Musk went on record last year saying that one million Teslas would roll out as driverless robo-taxis in 2020, but nothing has been announced since.

Even before the slowdown effects of COVID-19 on the industry, most major automakers have wound back on previous claims about autonomous tech in their vehicles.